We’ve kept pretty busy enjoying the Bend area during our time here.  Early in our stay we drove up to nearby Mt. Bachelor to check out the snow at the ski slope. 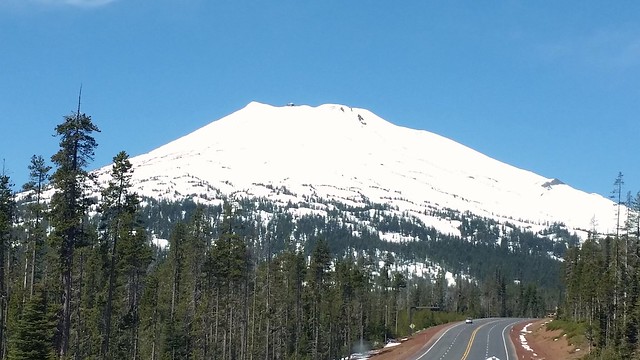 They had a winter of heavy snow so the facility stayed open until the end of May.  They intend to open limited runs for the Fourth of July weekend. 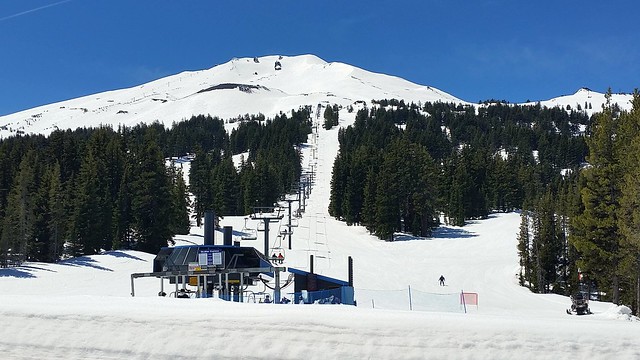 As we pulled out of the parking area we had to wait a moment while a local resident crossed in front of us. 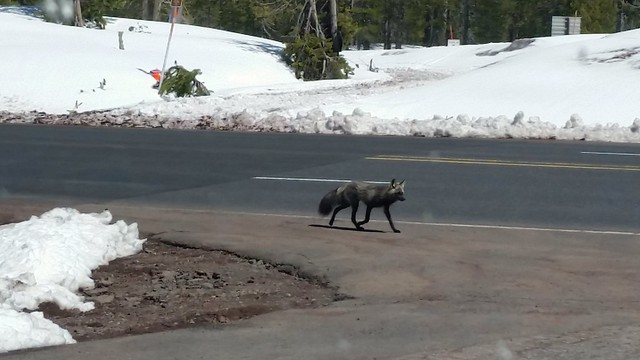 Returning to Bend we decided to take a short hike up nearby Bessie’s Butte.  But as we drove the narrow road toward the Butte we ran into a little obstacle. 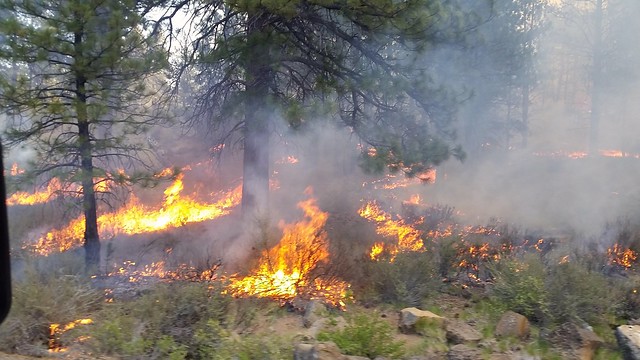 Oh no, a wildfire!

OK, it wasn’t a wildfire but a controlled burn supervised by the Forest Service.  But it created enough smoke that we couldn’t see the road in front of us so we decided to visit Bessie’s Butte another day and turned around. 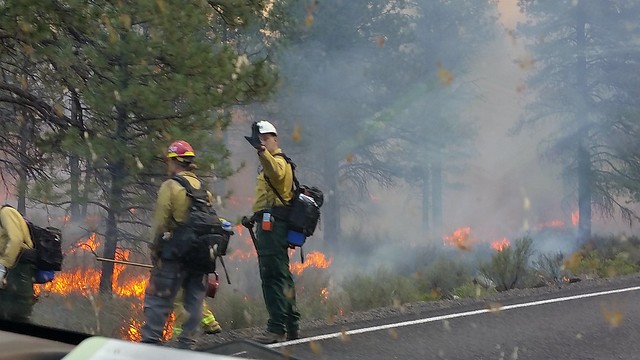 About 30 miles south of Bend is a section of the Newberry National Volcano Monument called the Newberry Caldera.  The Caldera was formed when a magma chamber collapsed a few years back. Over time the Caldera filled up with water that created two lakes, Paulina Lake and East Lake.  We drove down to see the lakes a week ago but the road was not open due to heavy snow.  They recently opened the road so we drove back down to visit the lakes. 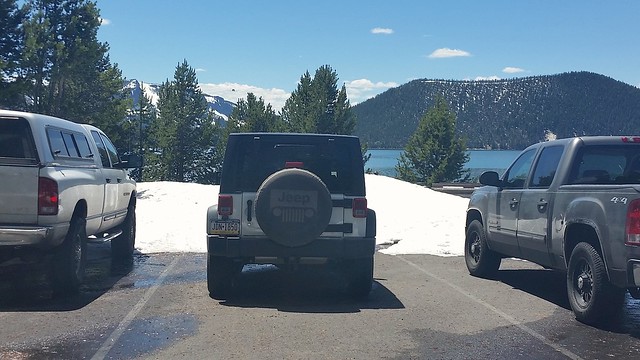 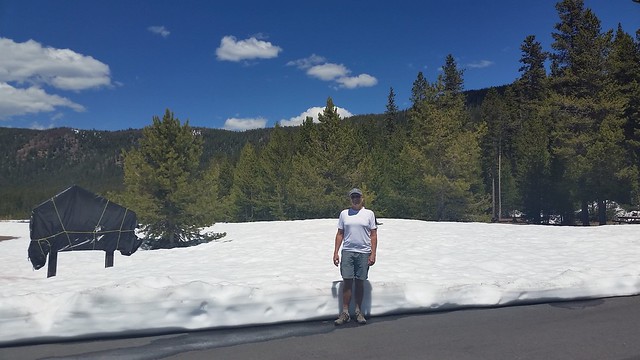 There is still quite a bit of snow around the lakes 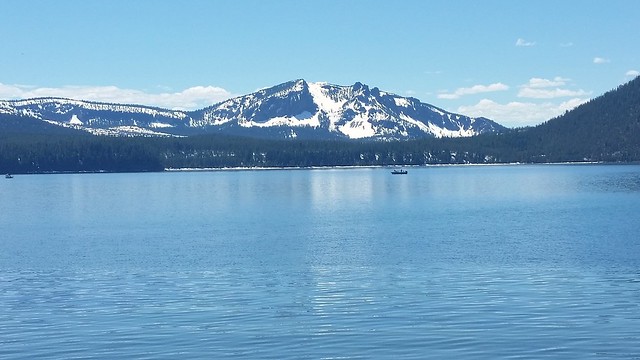 Driving back toward Bend we decided to make another try at hiking Bessie’s Butte. 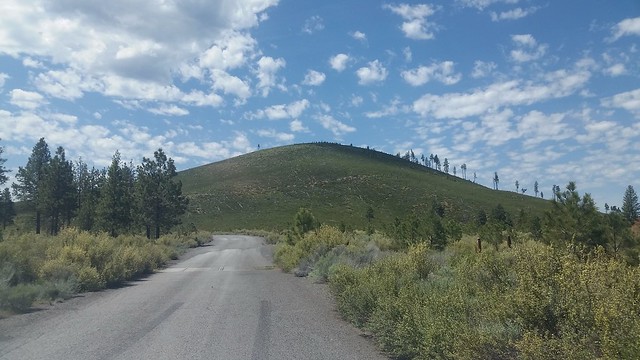 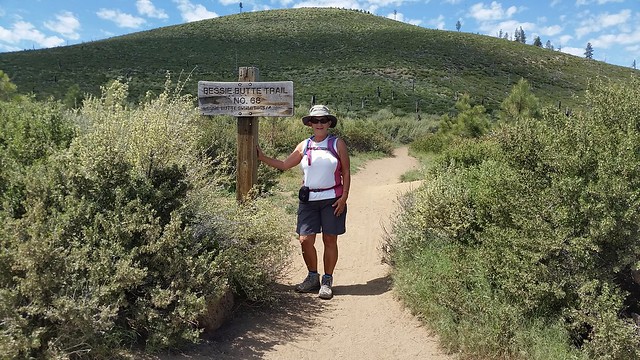 The trail is only about a mile but it is all up hill.  At the top you get a great view of the surrounding area.  The look to the west at the snow covered mountains is especially nice. 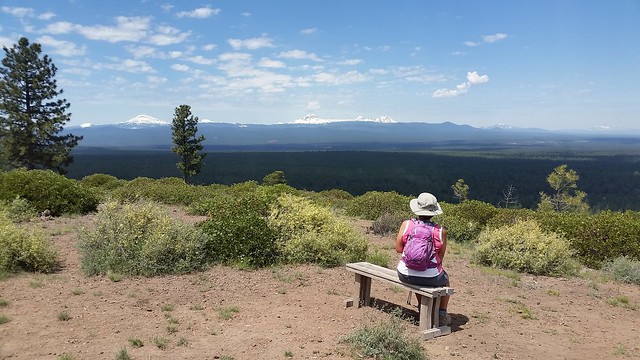 Just a short distance from Bessie’s Butte is Boyd’s Cave.  Estimated to have been formed roughly 10,000 years ago by Newberry Volcano, Boyd Cave is an 1,880 foot long lava tube. The cave is accessed by a 6 foot diameter opening in the cave’s ceiling.  A 20 foot set of steel stairs leads down into the chilly (42 degrees) underground setting. 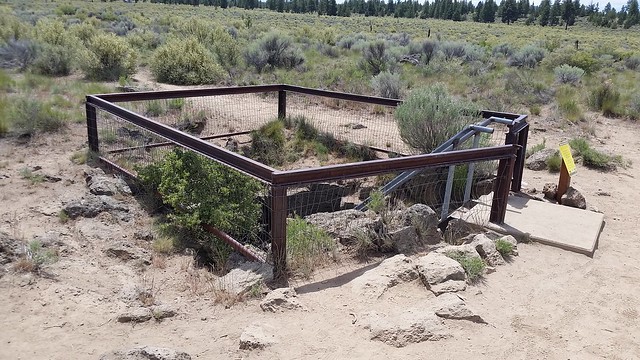 We went down into the cave but didn’t hike very far.  We like to hike where there is interesting scenery around to look at so a dark lava tube isn’t for us. 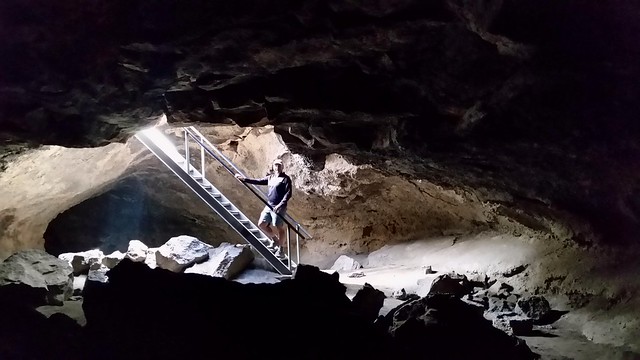 Belly of the Beast

The city of Bend has the highest number of micro-breweries per capita in the nation and claims the title of ‘Beer City USA.’  Deschutes Brewery is the largest brewery in town.  As of 2016, it was the eighth-largest craft brewery and fifteenth-largest overall brewery in the U.S.  One afternoon we drove over to take a tour of their facilities. 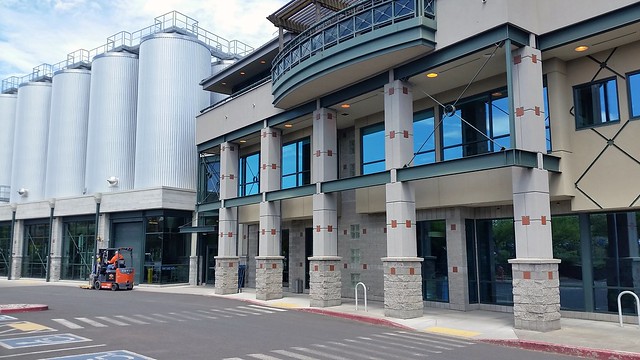 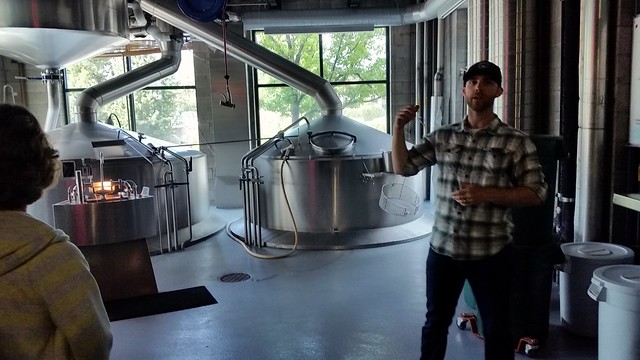 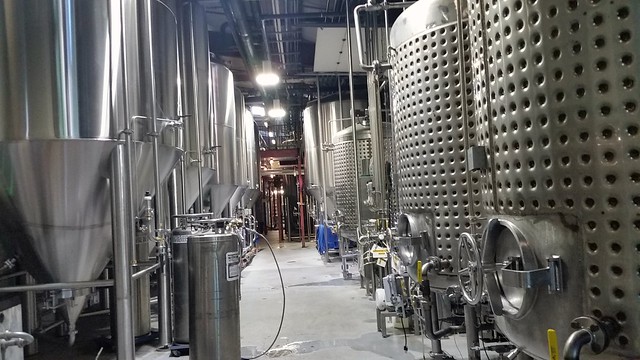 Deschutes Brewery is very concerned with the needs of its employees.  It has a nice break area that even has a full time chef on duty.  One of the interesting rooms next to the break area is the “restroom.” 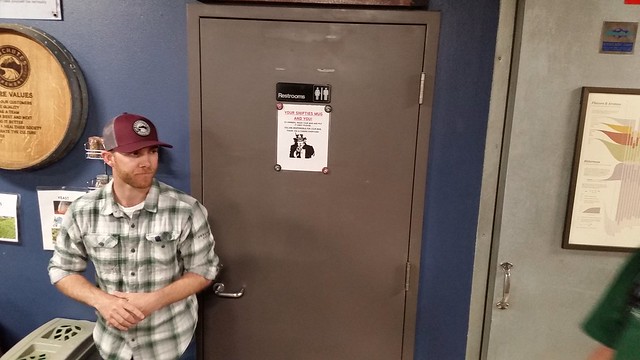 Turns out it is not a restroom at all, but a refreshment center for workers on break, complete with beer taps. 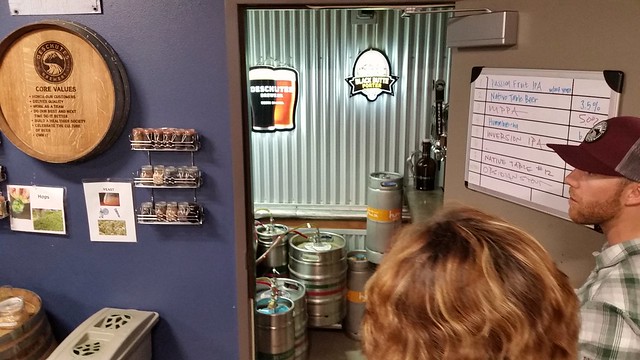 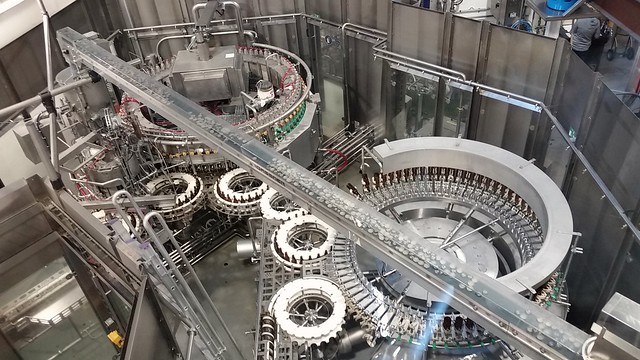 At the end of the tour is the tasting room, where each person on the tour is allowed to choose four sample beers from a list of available brews.  It turns out that we don’t care for Deschutes Beer as we didn’t even finish our samples.  But we did enjoy the tour, and somebody must like their beer because they sell a lot of it!