The Cascades Lakes National Scenic Byway runs for 66 miles from Bend heading south on the east side of the Cascade Range.  It goes up and around Mt. Bachelor and provides access to many recreational facilities in central Oregon. The route is so named because it weaves past a number of small natural lakes along the Cascades, as well as several reservoirs on the upper Deschutes River.  Right now the road is closed on the other side of Mt. Bachelor due to deep snow.  One afternoon we drove south of Bend, then turned west to get on the byway south of the closure.  Once on the byway we drove north to a parking area for the Lucky Lake Trailhead, a one mile long trail leading west to Lucky Lake.  We were not hiking that trail but crossed the road to the beginning of a trail leading east to the Lava Lakes. 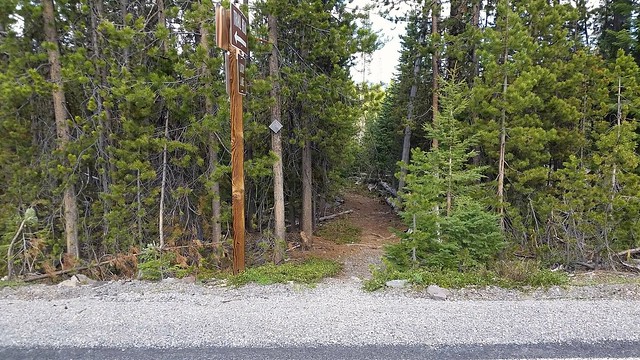 The unmarked trail to Lava Lakes

The trail is a nice, flat walk through the woods.  There was no evidence of anyone being on the trail and a couple of downed trees blocked our path, so we think we were the first hikers on it this year. 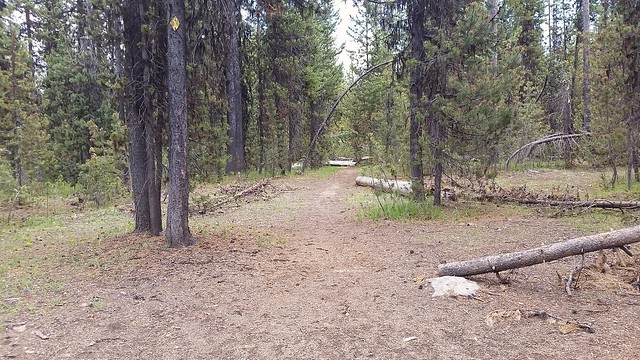 About halfway to the lakes we came upon a fairly large area with standing water covering the trail.  We were able to pick our way around and through the area without getting wet and rejoin the dry trail after a short detour. 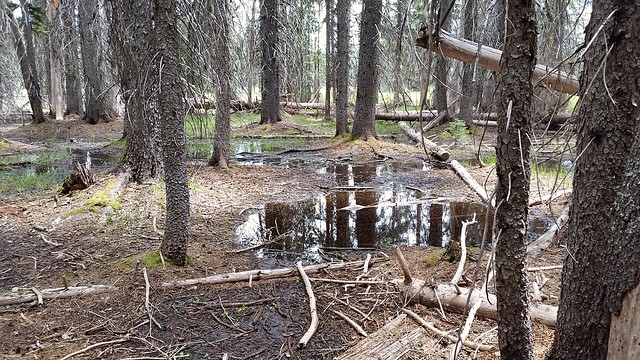 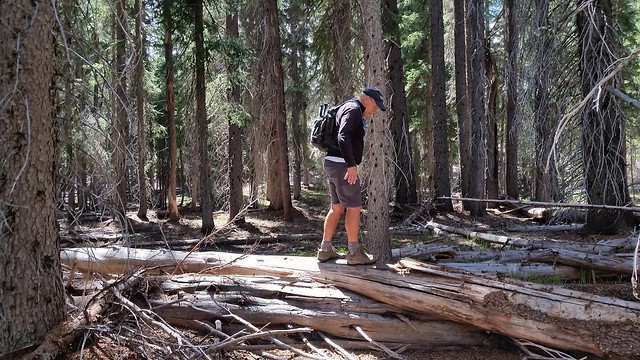 Finding our own trail

Once around the water it was an easy hike up to Lava Lake. 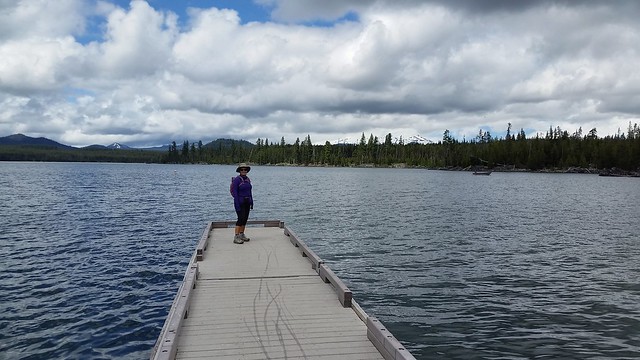 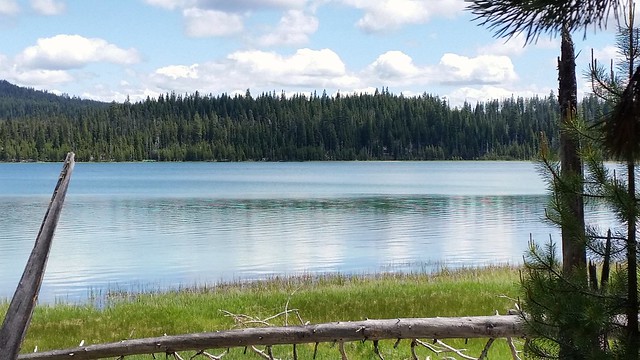 The mosquitoes were a bit aggressive so after visiting the two lakes we headed back down the trail.  After crossing through the area of standing water, we noticed what appeared to be fresh horse tracks on the trail.  Then we came to a spot where a fallen tree we had climbed over earlier had been cut out with a chainsaw.  As we approached the end of the trail we came to the source of our observations.  A couple of volunteers had ridden in on mules to clear downed trees on the trail.  They brought a third mule loaded with the necessary equipment, such as hand saws and a chainsaw.   They must have worked pretty quickly as we were not at the lake very long and we never heard any noise from the chainsaw. 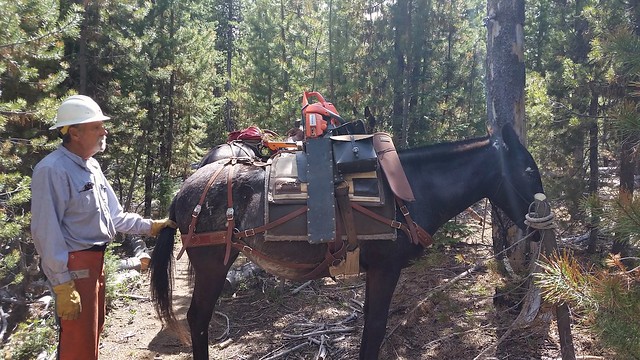 We still have one more week left in Bend before moving northwest toward the Olympic Peninsula, so there are bound to be more adventures in our future.  More on that later . . .

12 Responses to Hiking to Lava Lakes