Since Forks is only about 70 miles west of Port Angeles, we waited on Sunday until near the park’s 11:00 check-out time to leave.  We have driven about half of the route on US 101 before so we knew what US 101 was like to our west. 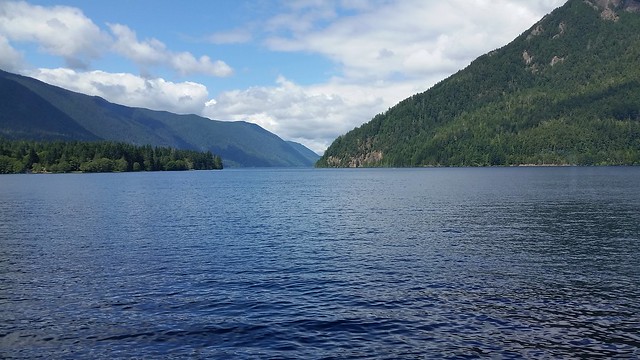 About 15 miles west of Port Angeles the road drops down a bit and runs along the south side of Crescent Lake.  Since there is not much room between the mountains and the lake the road is narrow and rough as it twists and turns along the lake.  While the passenger can enjoy some great views of the beautiful lake, the drive only sees the two lanes in front of him, hanging on to the wheel with both hands. 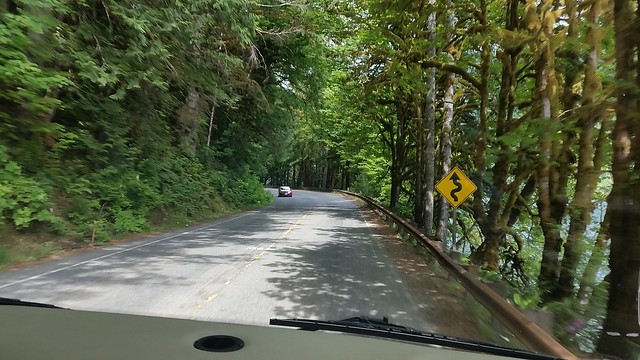 After passing Crescent Lake, US 101 makes a slow turn and begins to head south, crossing a number of narrow bridges.  One of the bridges over the Sol Duc River is getting a face lift, so the road narrows to one narrow lane. 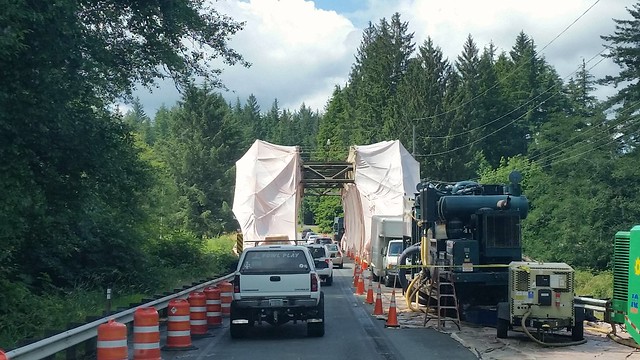 A few miles before the town of Forks we turned west on WA-110 and drove seven miles to Riverview RV Park, our home for the next week. 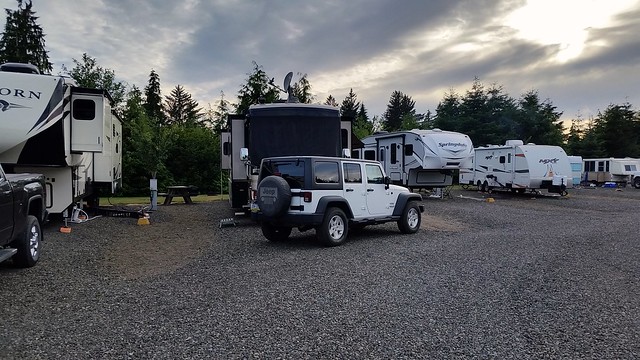 We are just five miles from the coastal community of La Push (pop. 321), the largest community within the Quileute Indian Reservation.  La Push and the Quileute Tribe are featured in the Twilight series, set mainly in nearby Forks.  The popularity of the books and the related film adaptations, has had a significant impact on tourism to the area.

After setting up in the RV park we drove over to La Push for a visit to one of the nearby beaches.  There are three beach areas separated from each other by high rocky areas along the shore.  The beaches are creatively named First Beach, Second Beach, and Third Beach.  We think there must have been a contest or something to come up with those unique names.  First Beach is right in La Push, while beaches two and three are accessed by a trail through the forest.  We found a parking place in the Second Beach area and hiked the one mile trail to the ocean.  The trail goes through some beautiful old growth forest, with some trees growing up out of a large area of exposed roots. 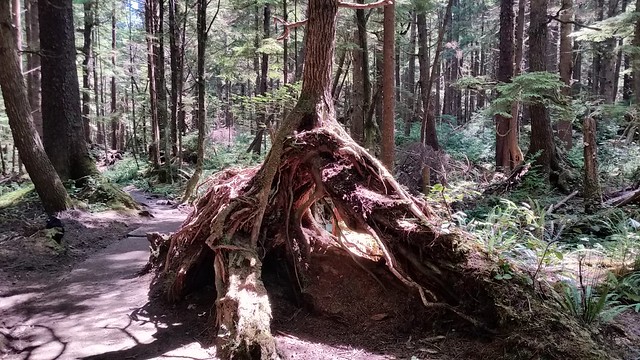 Approaching the ocean the trail drops steeply down on a narrow path.  Once at the bottom a large area of driftwood makes accessing the beach a bit interesting. 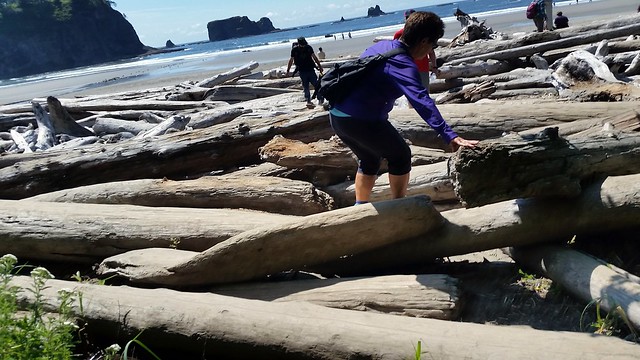 Once on the beach we enjoyed the beautiful views of the cliffs and sea stacks all around us. 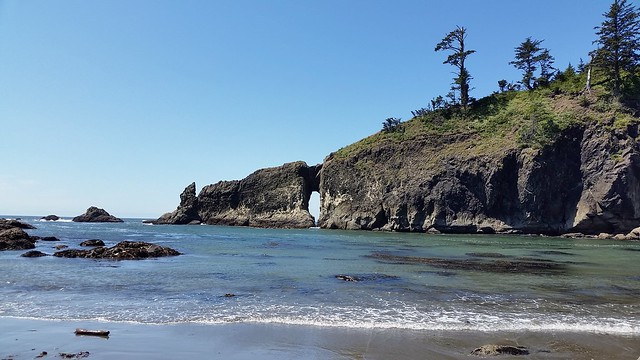 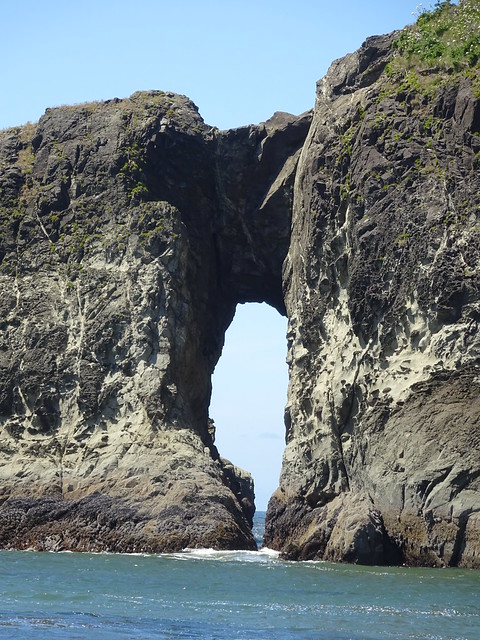 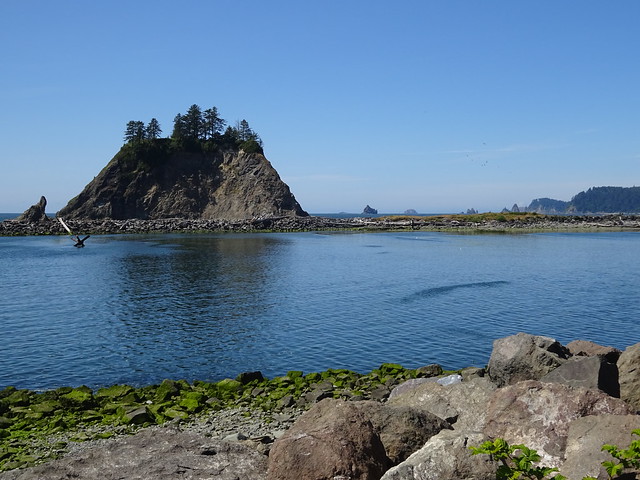 We missed the lowest tide but were there soon enough to enjoy some of the sea life uncovered as the tide slowly came in. 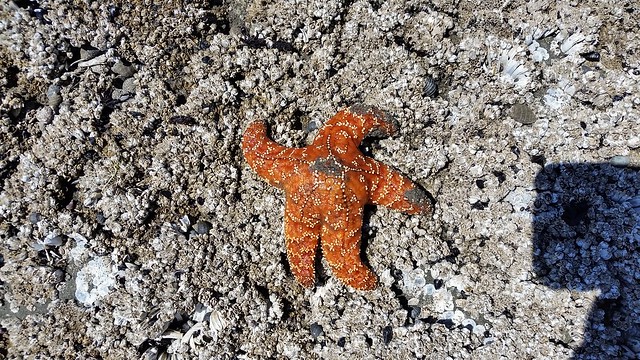 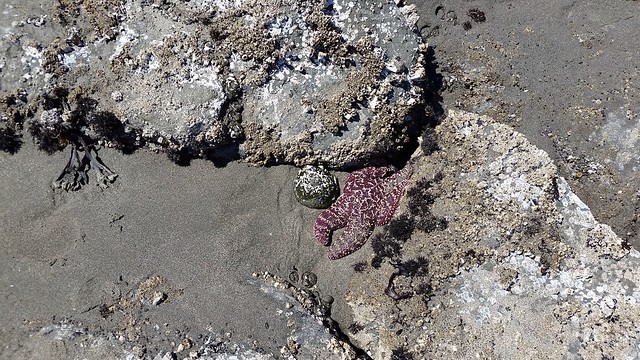 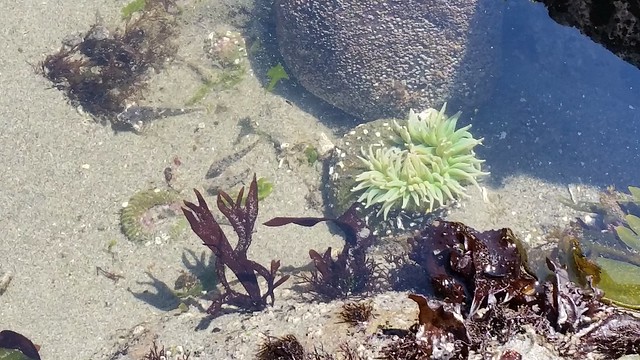 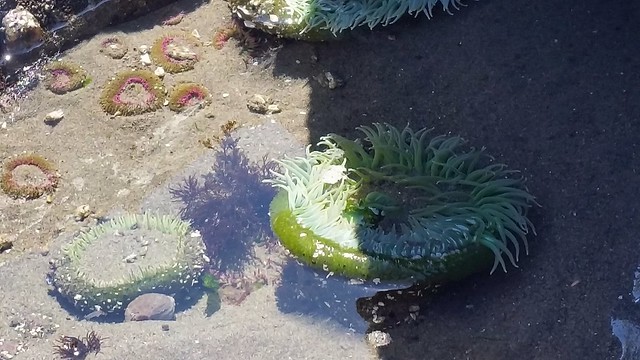 There is so much to see here between the Pacific Ocean and the Olympic Mountains and the nimble hiker has a number of adventures planned for our week stay.  More on that later . . .