We left Bryce Canyon on Sunday and drove about a hundred miles north to the small town of Richfield, UT where we stayed in a KOA in the center of town.  On Tuesday Steve and MonaLiza (Lowes RV Adventures) arrived and set up in the site next to us. 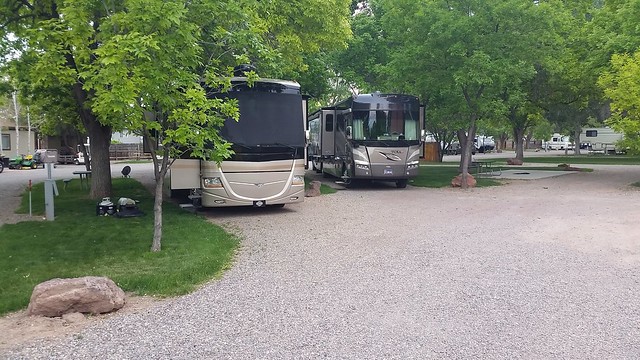 On Wednesday the four of us drove about 20 miles south to visit the Fremont Indian State Park and Museum.  The park sits directly across from I-70  as it travels through Clear Creek Canyon.  It was built to showcase artifacts from the remains of a large settlement of the Fremont Indians who lived from about 400 to 1300 in north and central Utah and adjacent parts of Colorado, Idaho and Nevada.  The site was discovered during construction of the interstate and thousands of artifacts have been excavated from the ancient village and put on permanent display at the museum.  The park has a number of hiking trails that go pasts many panels of Indian artwork.  Most begin in the parking area for the visitor center.  We combined a number of short trails for a total hike of about 5.7 miles. 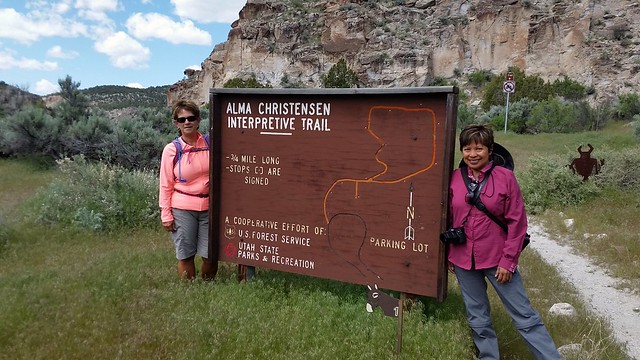 We began our hike on the Alma Christensen Trail, which begins about .3 of a mile from the visitor center.  This is one of the longer trails in the park.  It goes up a bit at the start then winds through a flat tableland before joining a group of short trails leading back to the visitor center. 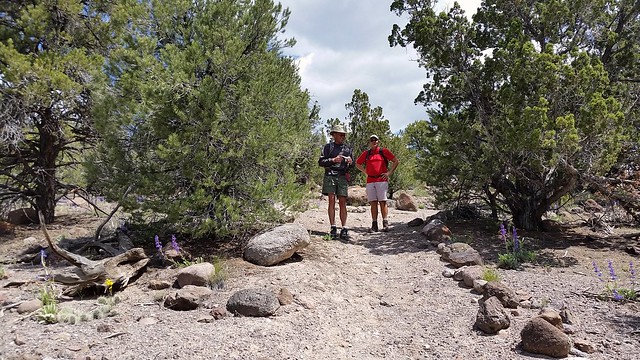 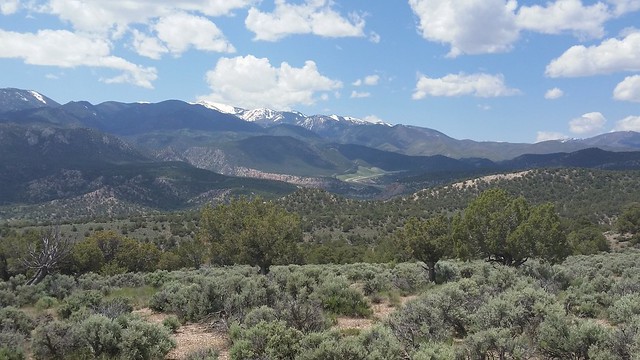 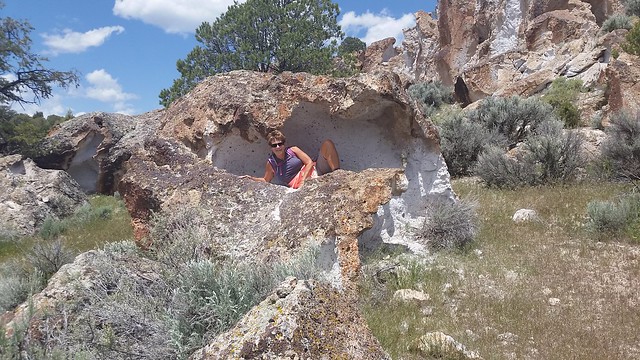 The rocky cliff running behind the visitor center is full of rock art.  As we came back down off the tableland, we encountered the first of the many panels of artwork.  Unfortunately, we forgot the camera and had to use our phone.  The phone does a nice job, but we really needed a zoom since the artwork was at a distance.

After crossing in front of that panel of art, we continued hiking down toward the visitor center. 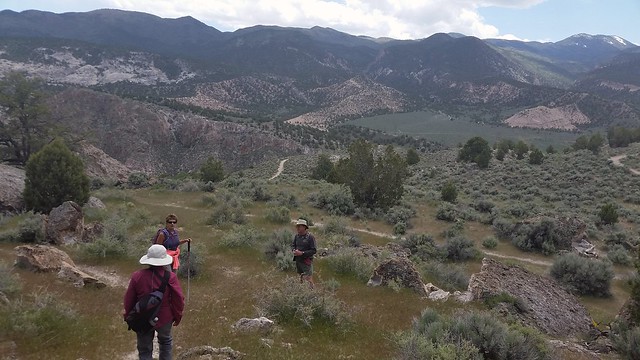 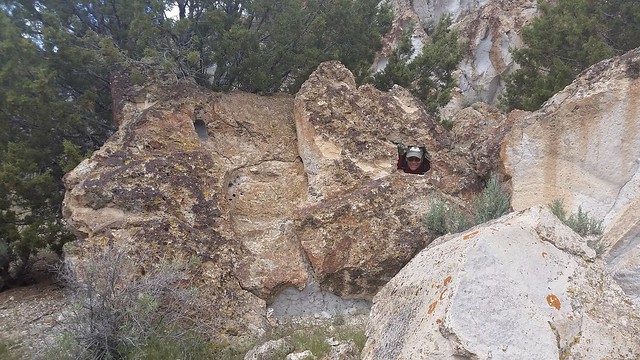 Look who we found hanging out in the rocks!

Next to the parking lot are two examples of Fremont Indian life.  The first is a reconstruction of a pithouse, a typical residence for a Fremont family.  The pithouse is half underground and resembles a religious structure used by other similar early inhabitants called a kiva.  The Fremont did not use a kiva. 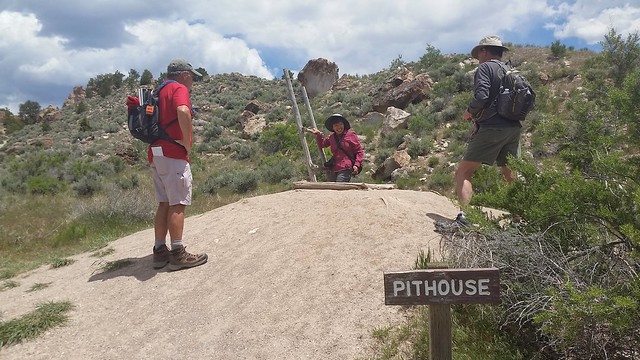 MonaLiza checks out the pithouse

The second example of Fremont life is a large, hollow rock sitting next to the pithouse that was used by the Fremont as a granary (grain storage). 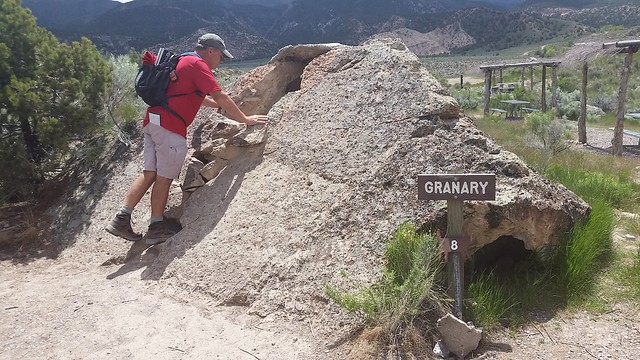 After enjoying lunch in a picnic area next to the granary, we headed down the Trail to the Hundred Hands.  This trail crossed the entrance road to the park, goes over Clear Creek, and under the interstate. 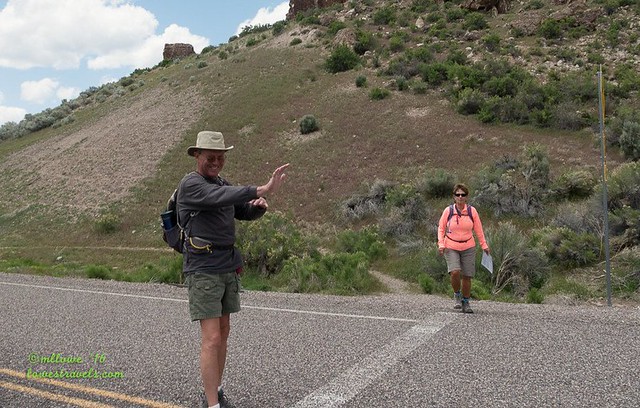 Good job, Steve! (we didn’t see a single car on this road) 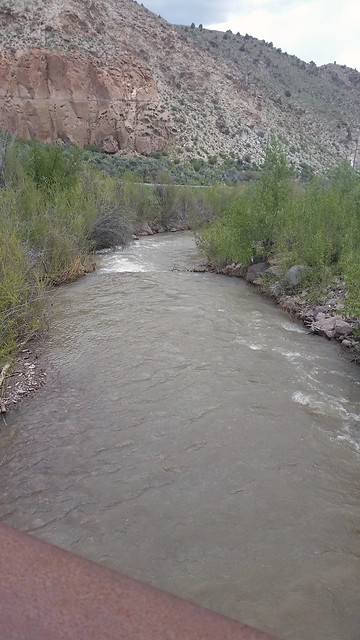 Just a half mile from the highway we came to the shallow cave known as the Hundred Hands.  The mouth of the cave is covered with a heavy metal grate to keep fools from vandalizing the site. 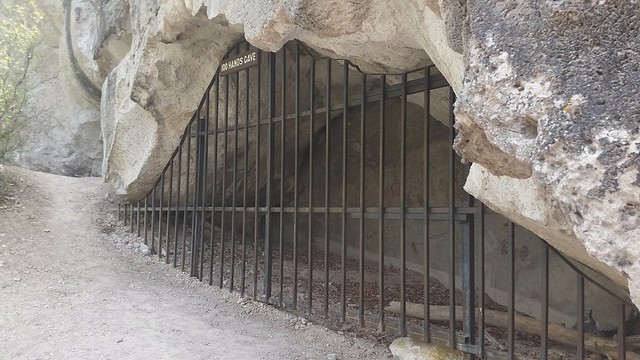 We don’t know where the name of this site comes from as the literature states that there are 36 handprints on the rock. 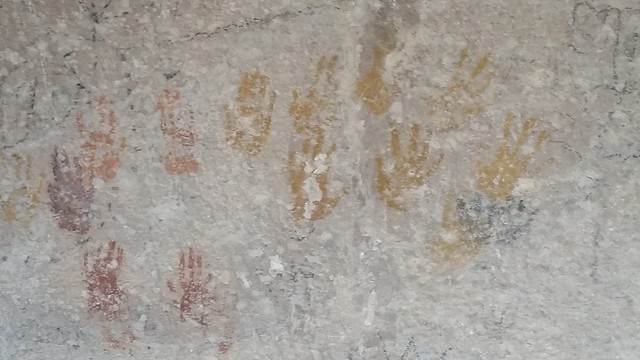 Returning back to the entrance road, we walked about a quarter mile to a point where we could observe a series of panels filled with artwork called the Arch of Art. 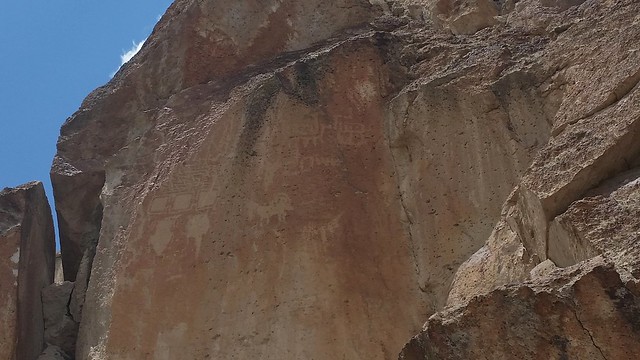 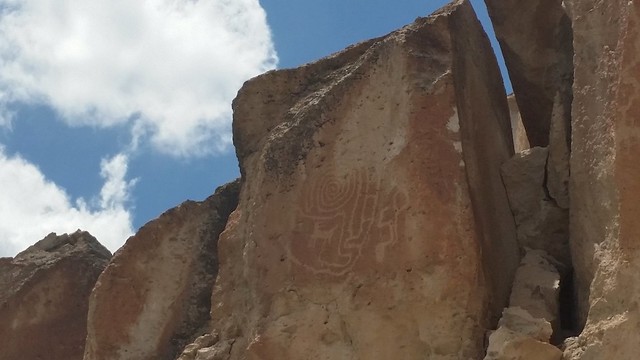 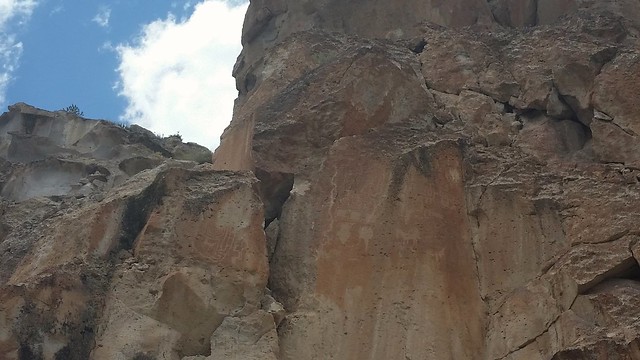 Returning to the visitor center we walked a short, paved trail called the Parade of Rock Art containing numerous panels of drawings. 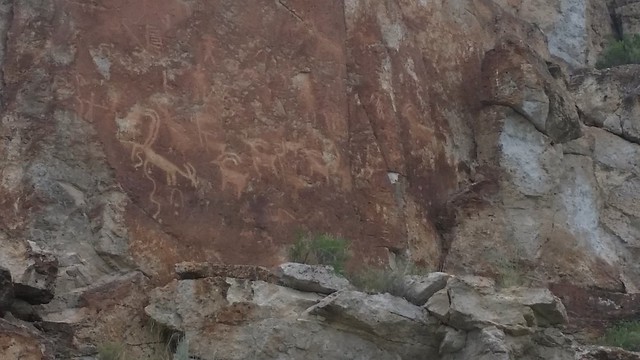 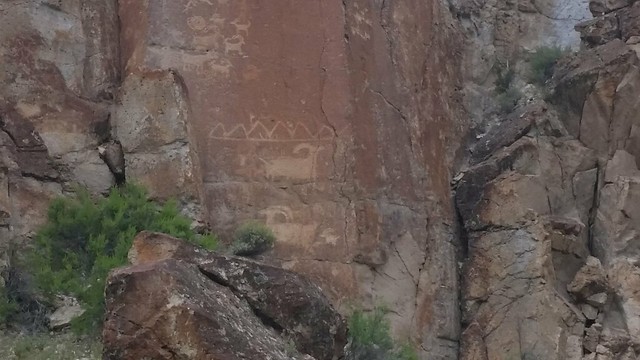 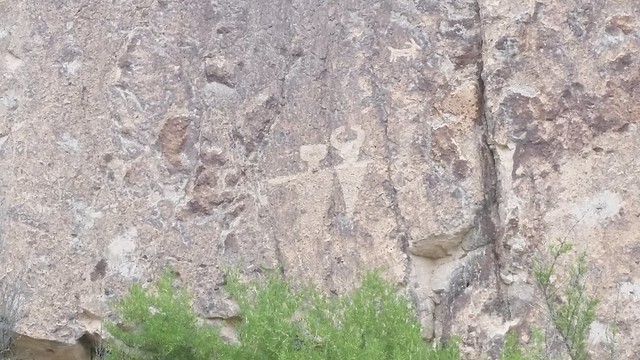 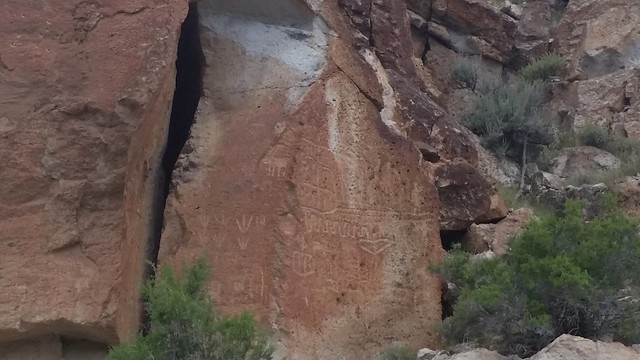 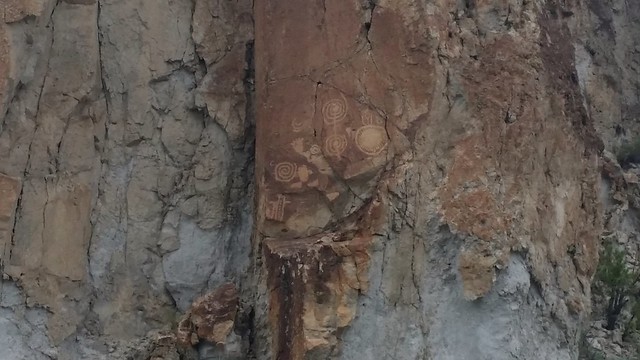 Returning to the KOA in Richfield we joined Steve and MonaLiza for a happy hour at their site.  The next morning we were up early and ready to head north.  The weather services were predicting a chance of rain that increased as the day progressed, so we wanted to get to our next “home” while the roads were dry.  Steve and MonaLiza are remaining in Richfield for the next few days and we don’t know when we will see them again so we said our good-byes before heading out. 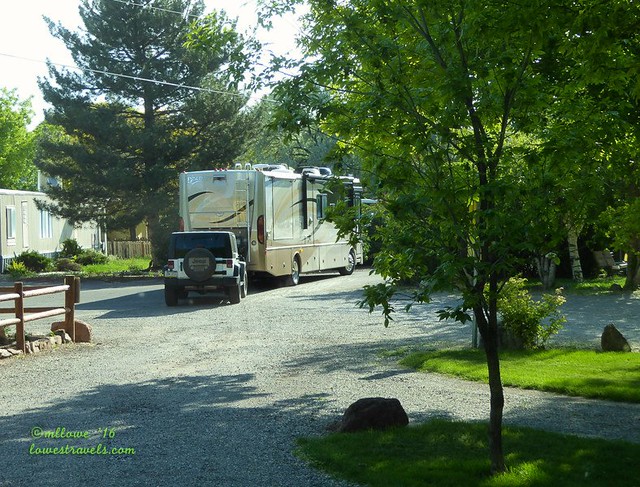 Heading out of the park (thanks for the photo, MonaLiza)

The 120 mile journey to our next location was very pleasant and sunny all the way (it never did rain).  We are now parked in Utah Lake State Park in Provo through the long holiday weekend.  Then it’s good-bye to Utah and hello to Wyoming.