Crested Saguaros and Airplanes on the Trail

Posted on February 4, 2016 by placestheygo

Fuel prices continue to fall around the country, with Tucson having some of the lowest.  We spotted this station along E. Irvington Road. 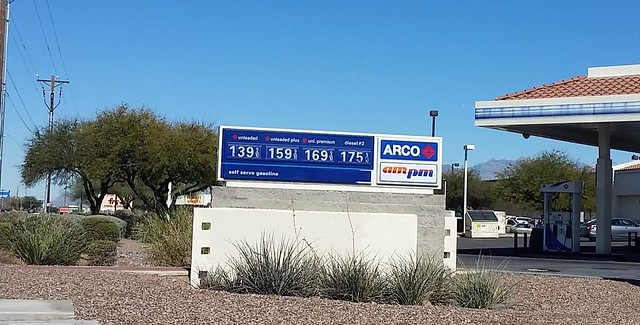 During our stays in Tucson we have hiked many trails in nearby Tucson Mountain Park.  Today we completed a nice hike on the Flight Path Loop in the Robles Pass section of the park.  This area is between Ajo Highway and E. Irvington and is the newest section of the park.  We parked at the end of Irvington Place Road where we entered the park on the Camaro Loop Trail.  After a short hike north on that trail we turned on to the Boulder Belt Trail, which ends at the Flight Path Loop.

This park is filled with beautiful Saguaros and the nimble hiker is constantly on the lookout for the elusive Crested Saguaro.  It is estimated that only one in ten thousand Saguaros develops the “crest” so the chances of finding one are slim.  But the sharp eyes of the nimble hiker spotted one along the Boulder Belt Trail. 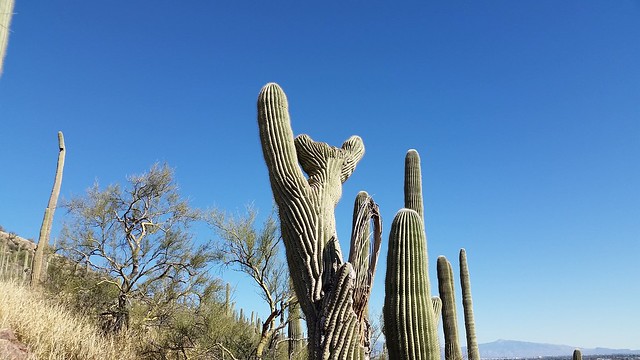 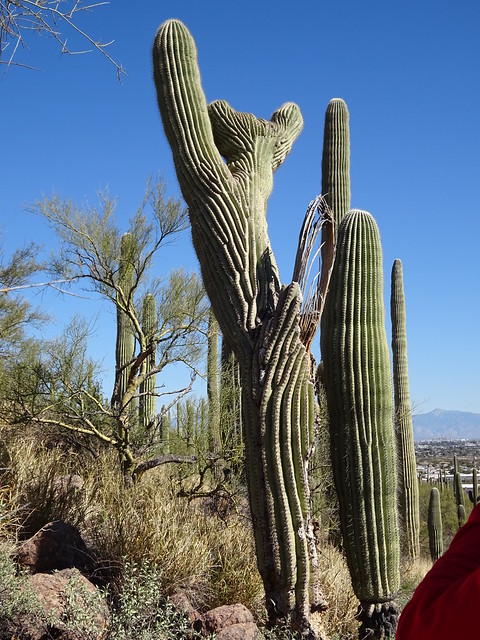 OK, we found our crested saguaro for the day right?  But a mile further up the trail, as we made our way along the Flight Path Loop, the sharp eyes of the nimble hiker spotted another one right next to the trail! 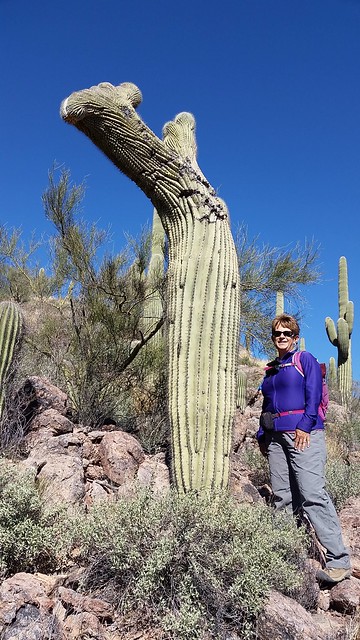 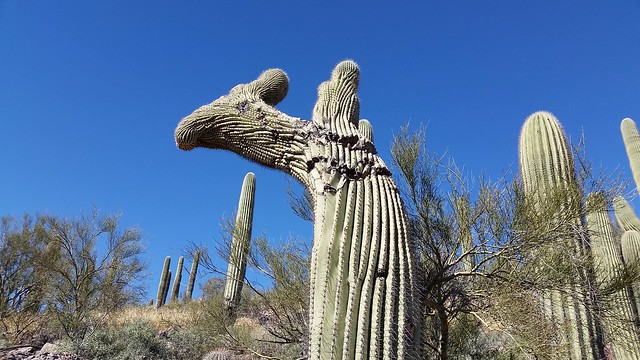 Well, we defied the odds with the second one.  But as we hiked around the north side of the loop, the nimble hiker spotted a third crested saguaro! 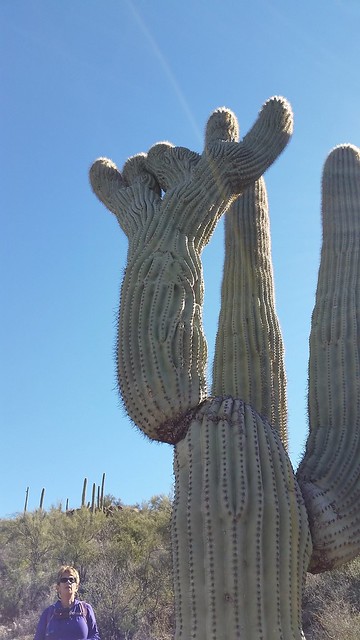 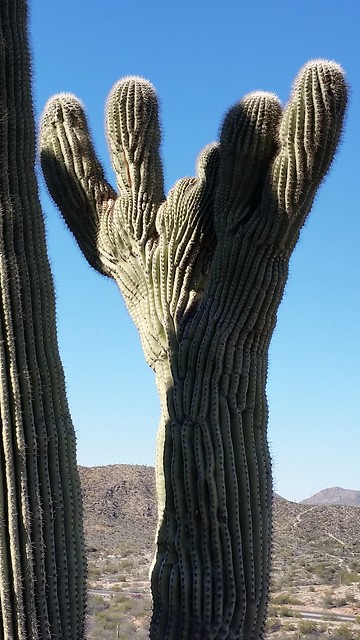 A “hat trick” in the world of crested saguaro spotting for sure!  Three within two miles!

The Flight Path Loop is appropriately named due to its location right under the landing path for Tucson International Airport.  So we spent some time sitting along the trail enjoying a snack while watching the planes fly overhead. 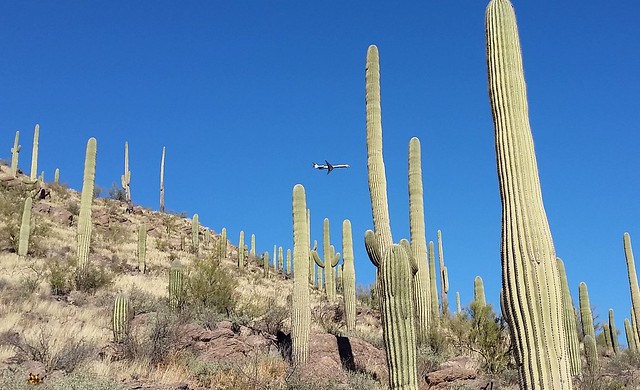 42 Responses to Crested Saguaros and Airplanes on the Trail