Posted on September 22, 2015 by placestheygo

Our next stop on our westward trek was to the Park City area in the Wasatch Mountains just west of Salt Lake City.  We were able to get a nice site in nearby Jordanelle State Park.  Most of the sites here are water and electric only, but since we just came from a park without sewer or water, we wanted full hook-ups to do some laundry.  They do have a few sites with full hook-ups but they are usually taken by work campers or hosts.  Fortunately, one of the work campers left, so we were able to get that site. 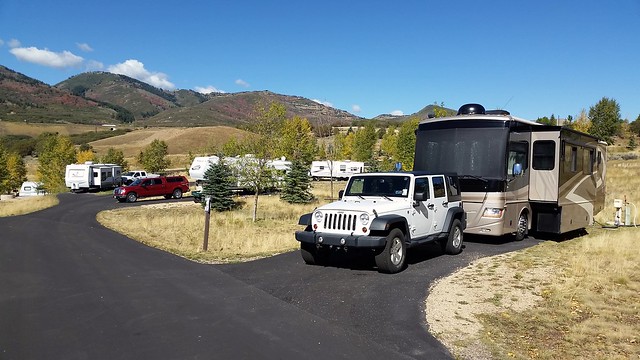 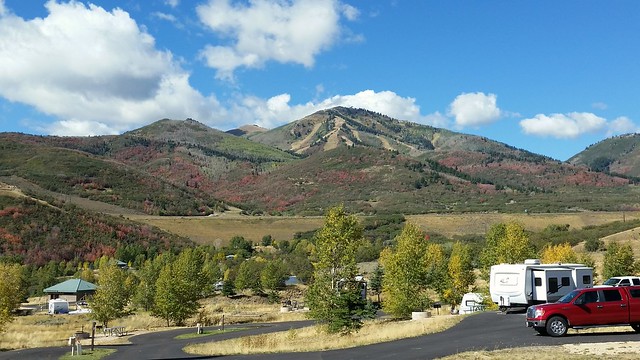 Bear Mountain ski slopes looking out our side window 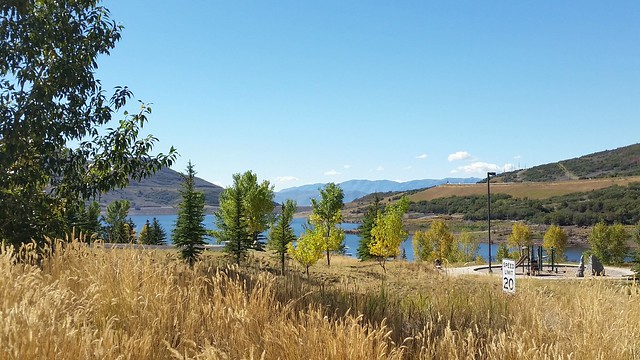 Rainy weather greeted us the first two days of our stay so on day one we decided to take the scenic road over the mountains to Salt Lake City.  Marsac Ave. (UT-224) goes steeply up from the main area of Park City.  Going up we passed a number of large ski areas with beautiful homes and condos all over the place.  There are so many ski slopes and chair lifts around here people must get lost during the snow season and end up miles from their destinations! 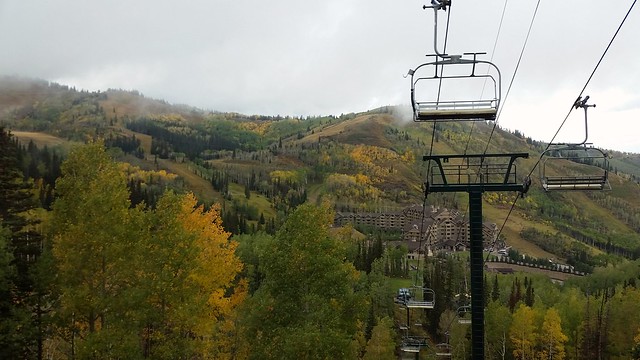 At the top, called Empire Pass, the road becomes the Guardsman Pass Road and is closed in the winter.  For a few minutes things got a little tricky when we became enveloped in the cloud as the road narrowed along the pass. 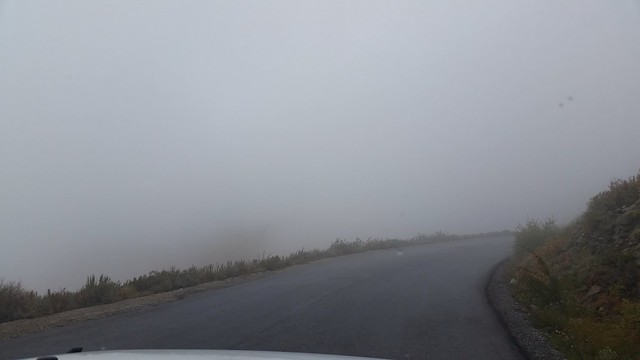 But as we crossed the pass the sun poked through the clouds illuminating the changing colors of the Aspens in the distance. 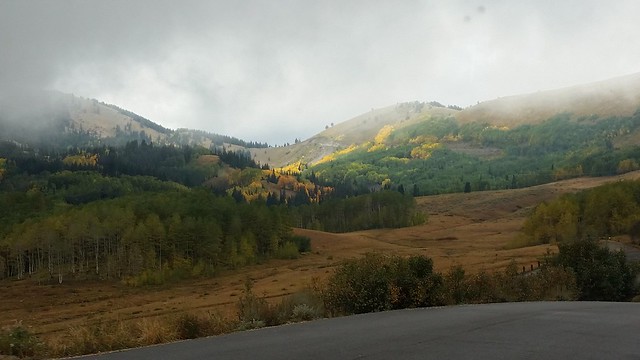 In the upper elevations there was a bit of snow on the ground and on the high peaks. 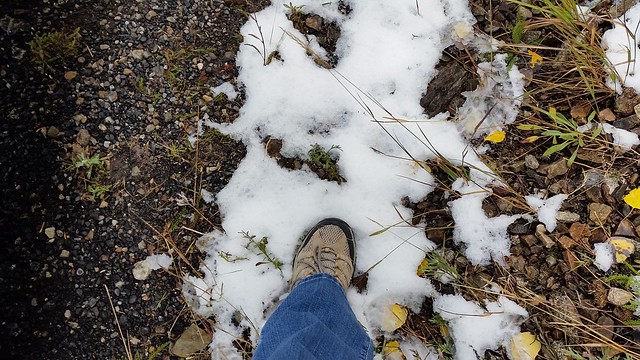 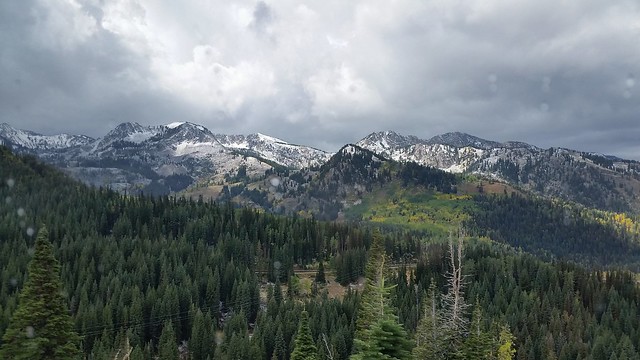 As we drove down the west side of the mountains approaching Salt Lake City, the clouds became a bit ominous as they swirled around the peaks. 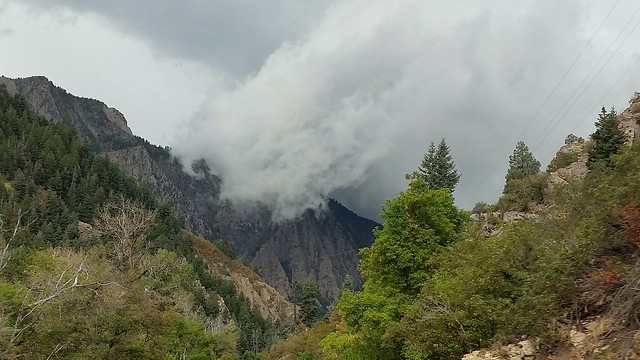 Our first stop in the city was at a small sculptor garden called Gilgal Garden.

Gilgal Sculpture Garden was envisioned, designed and created by Thomas Child , a Salt Lake City mason, in the mid-twentieth century.  It represents his desire to give physical form to spiritual beliefs.  The garden contains twelve original sculptural arrangements and over 70 stones engraved with scriptures, poems, and philosophical texts. 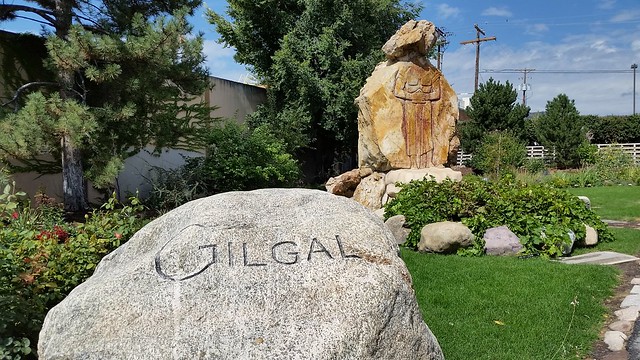 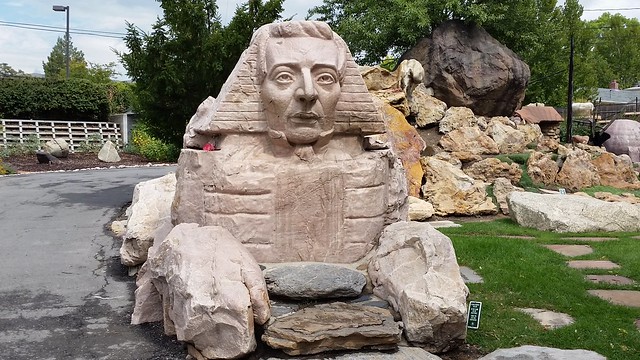 “The Sphinx” with the face of Mormon founder Joseph Smith 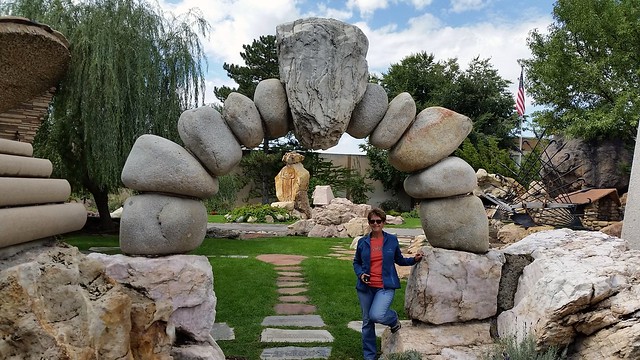 “Monument to the Priesthood” 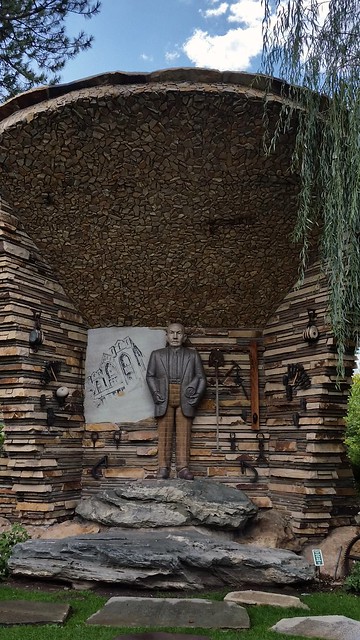 “Monument to the Trade”

Child was a mason by trade.  “Monument to the Trade” is a self-portrait in which Child holds a Bible in his right hand and a set of blueprints in his left.  It represents his love for his trade and his church. 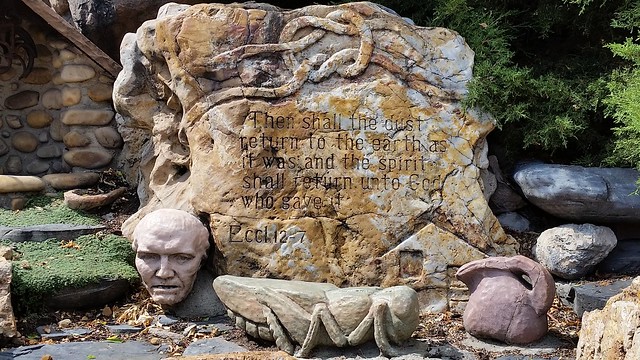 “Last Chapter in the Book of Ecclesiastics”

Not far from the sculptor garden is our second stop, the Utah State Capitol Building, constructed between 1912 and 1916. 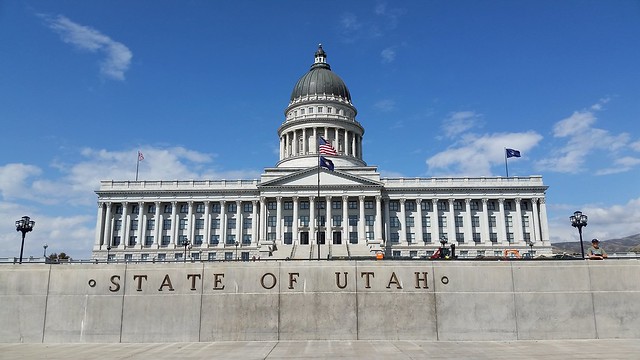 Utah is called the Beehive State and a display inside  the capitol explains why. 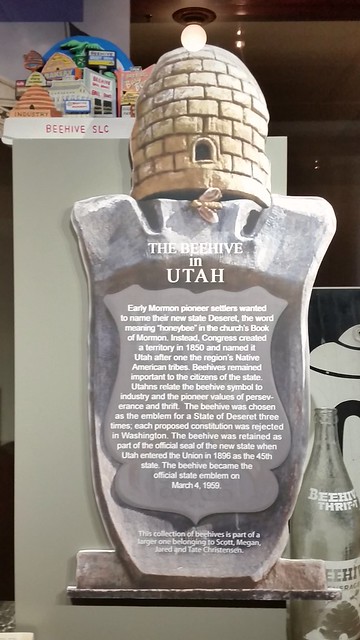 In the main rotunda there are two grand stairways.  Above each and throughout the rotunda are scenes from Utah history.  The skylight in the photo below is one of several specifically included in the design of the building to emphasize openness in government. 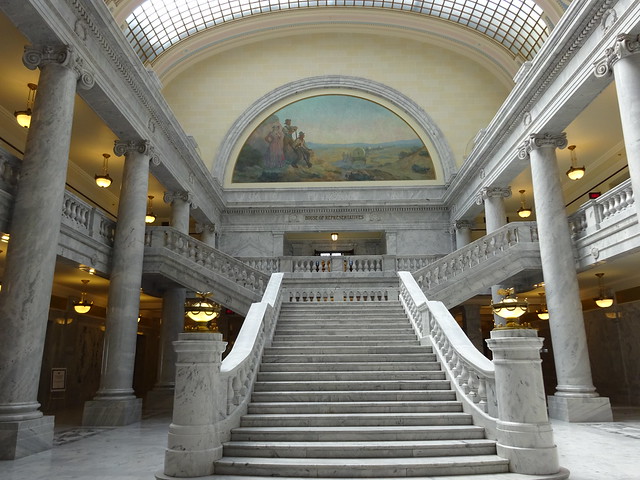 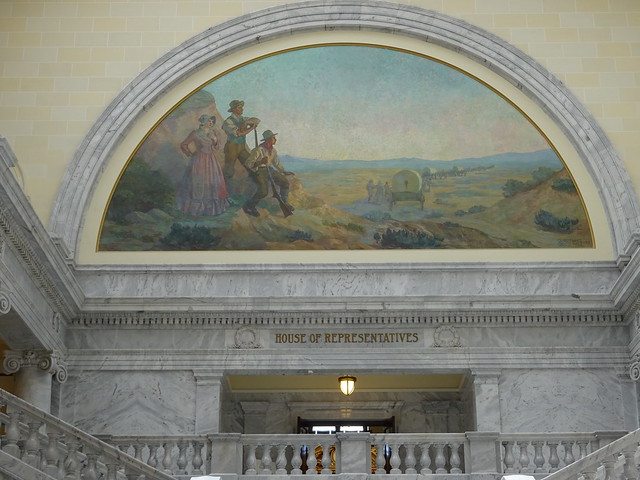 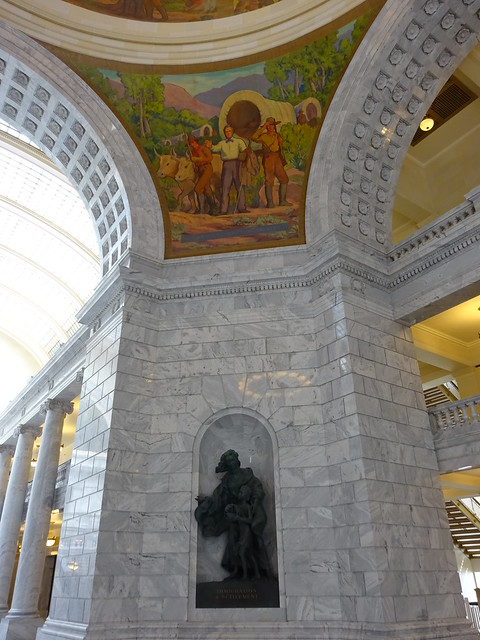 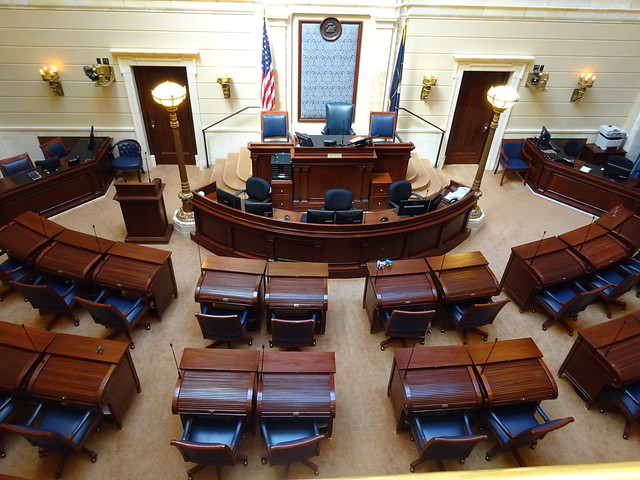 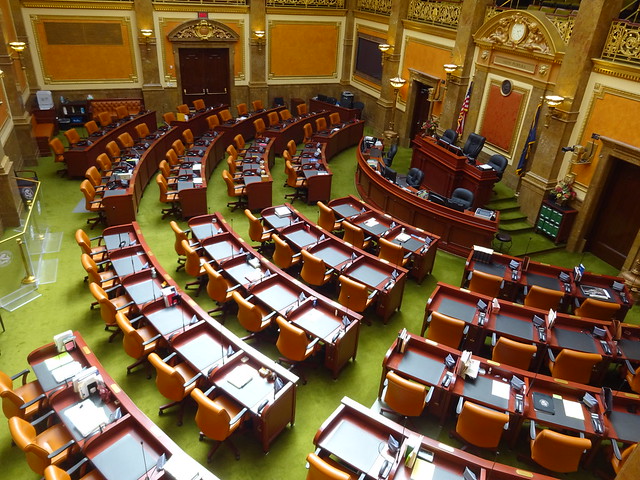 After two days of steady rain the weather is predicted to improve so the nimble hiker is busy planning some adventures up in the mountains.

19 Responses to Welcome to Park City