We left our spot in Johnson’s of St. Mary RV park and headed north to visit Waterton Lakes National Park, the northern Canadian portion of the Waterton-Glacier International Peace Park.

The day was clear and cool as we headed over the Chief Mountain Highway toward the US-Canadian border. 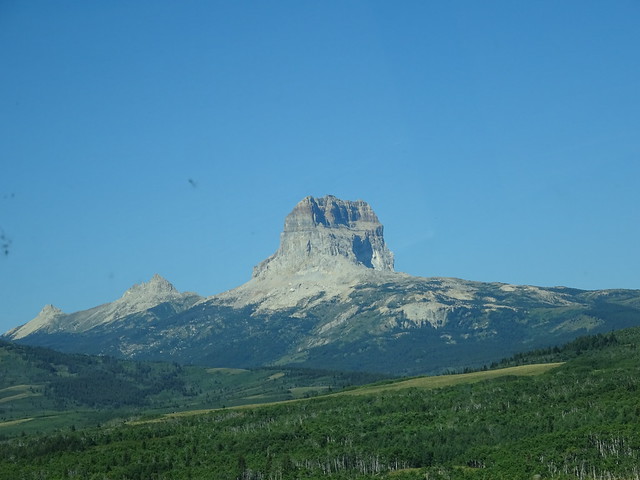 The road meandered over hills with some nice views of the mountains of Glacier NP to the west.  We did see some ferocious wildlife along the way. 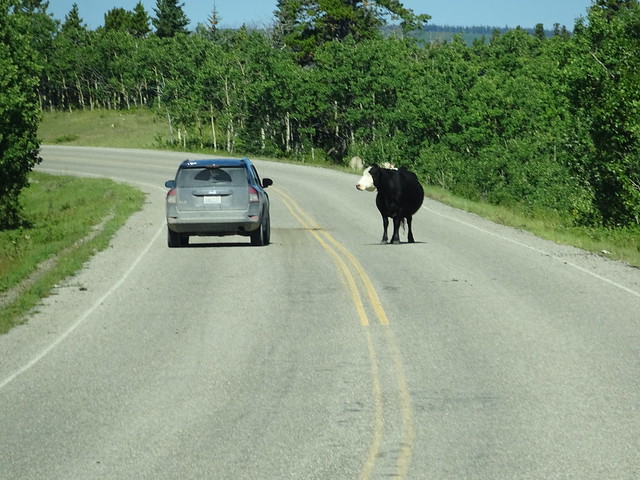 Wildlife along the Chief Mountain Highway 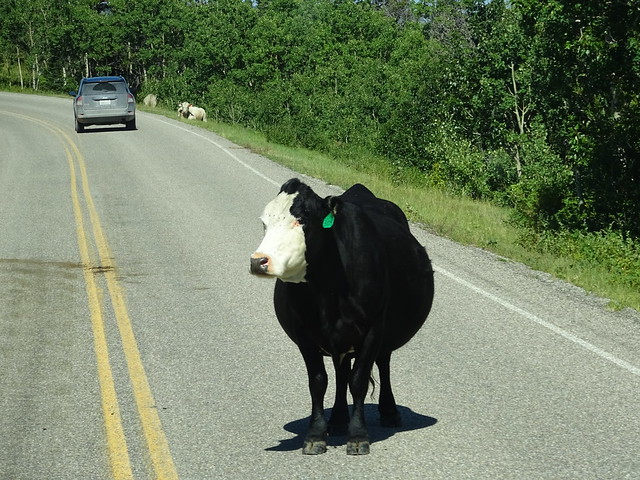 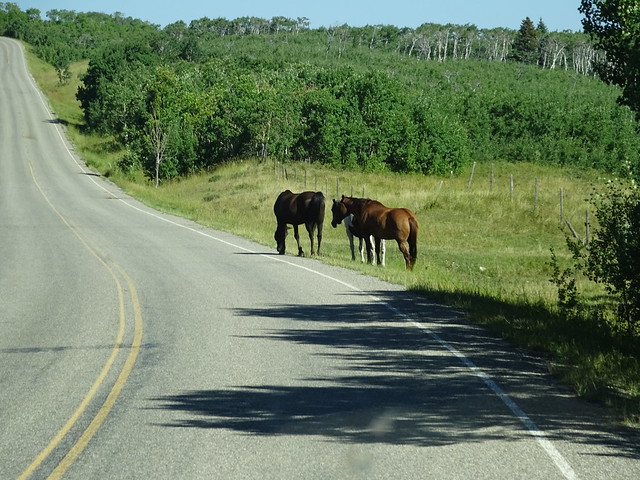 Someone left the gate open!

The border crossing only took us about five minutes.  Four of those minutes were spent talking to the guard about life in a motorhome. 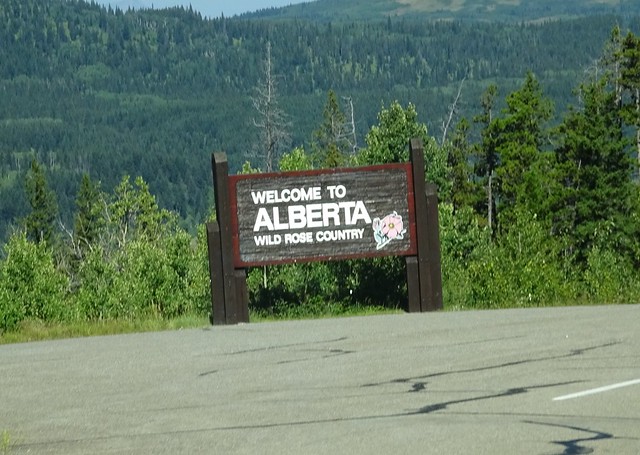 We quickly found Waterton Springs RV park and set up for a four night stay.  Then we headed about five miles south into the Waterton Park, a small, upscale vacation community nestled between the mountains along Waterton Lake.  The road into the park is dominated by the Prince of Wales Hotel, a landmark on a hill overlooking the village. 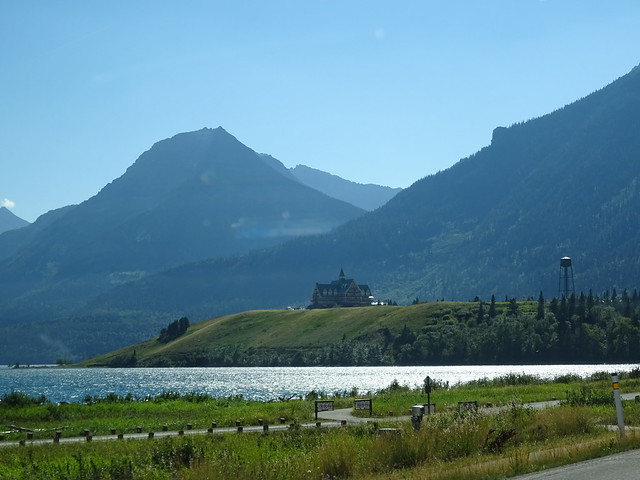 The village only has about a hundred permanent residents, but during prime tourist season (July and August) it is a bustling community.  There is a very nice RV park in the village,but it is very popular and we couldn’t find an open site. 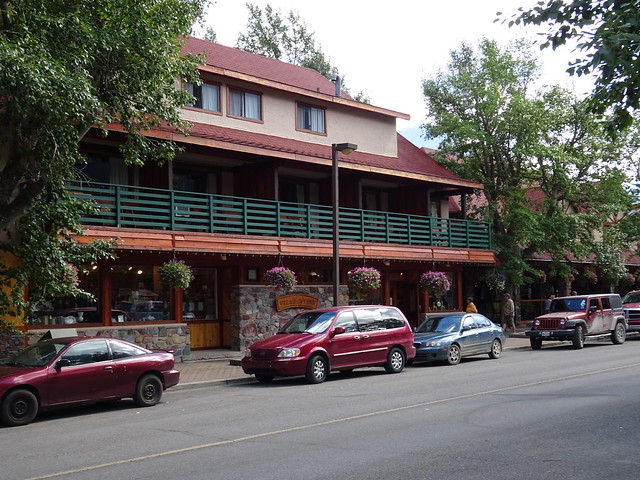 Decorative flower arrangements are found all over town

Look in any direction in Waterton Park and you are treated to a great mountain view. 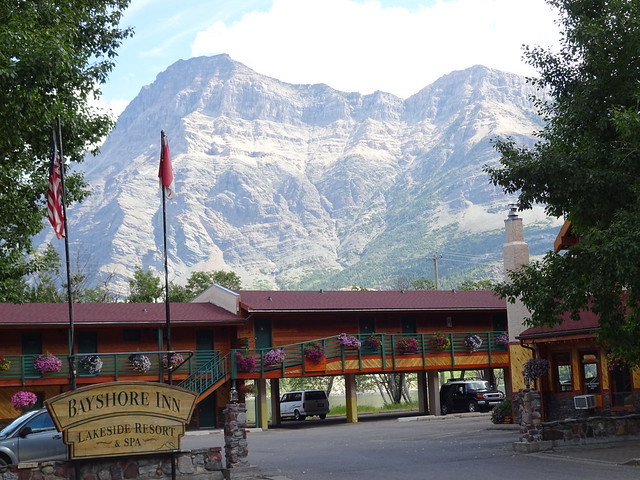 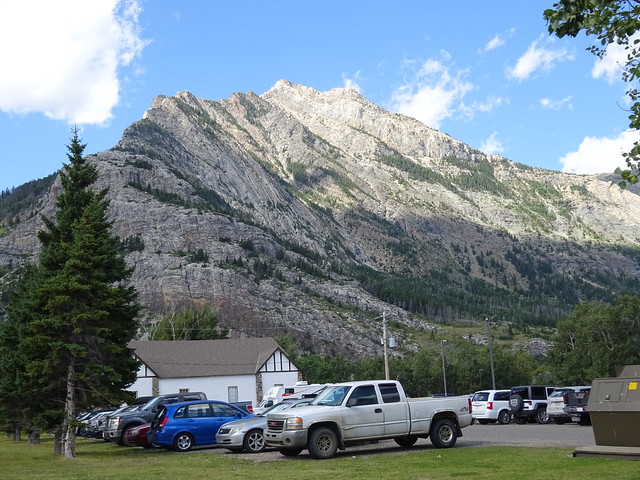 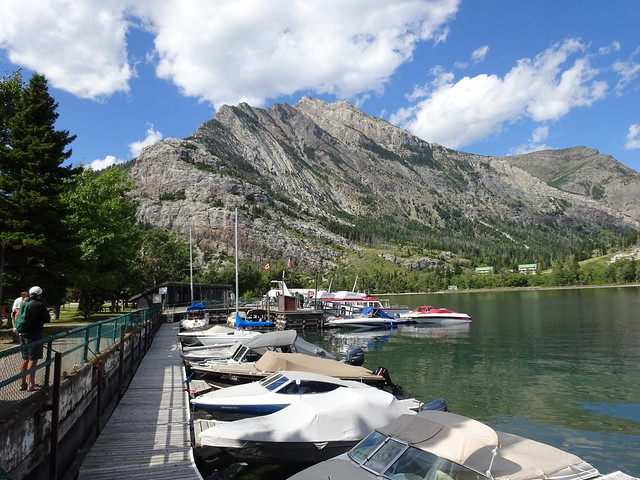 The Prince of Wales Hotel dominates the view to the west. 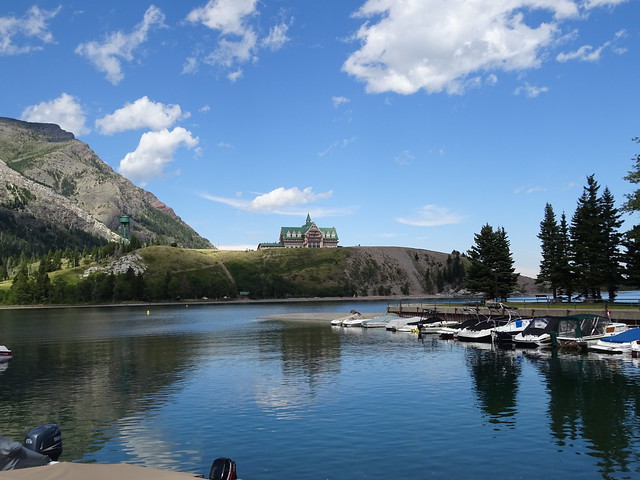 Constructed between 1926 and 1927, the hotel was built by the American Great Northern Railway to lure American tourists north of the border during the prohibition era. The hotel was named after the Prince of Wales (later King Edward VIII), in a transparent attempt to entice him to stay in the hotel on his 1927 Canadian tour, but the Prince stayed at a nearby ranch instead. 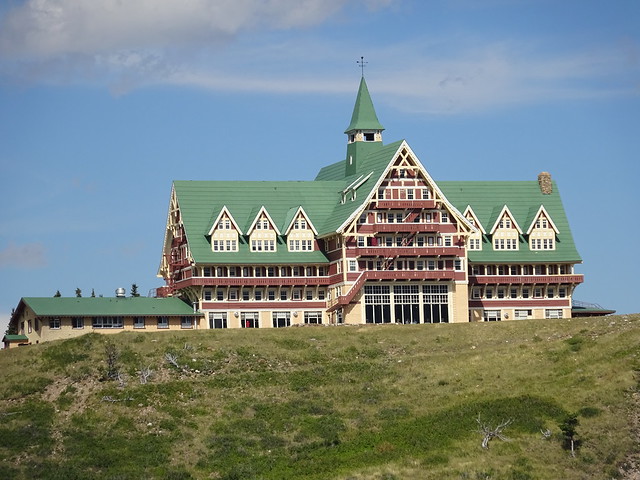 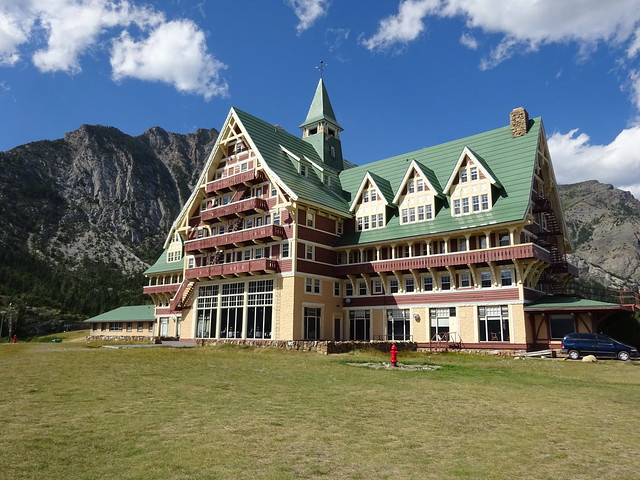 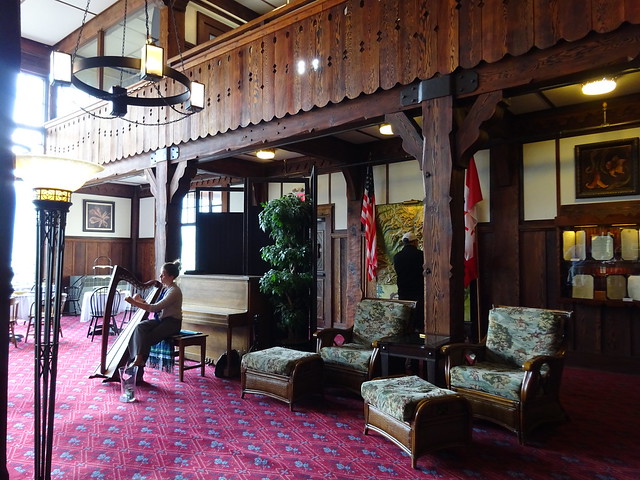 Afternoon entertainment in the lobby 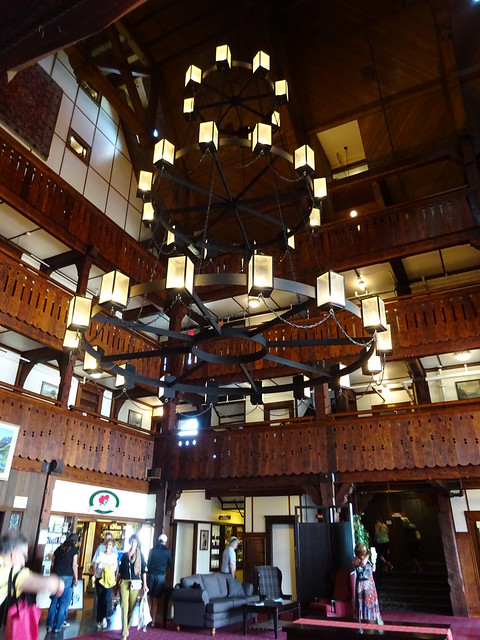 Looking up at a chandelier in the lobby 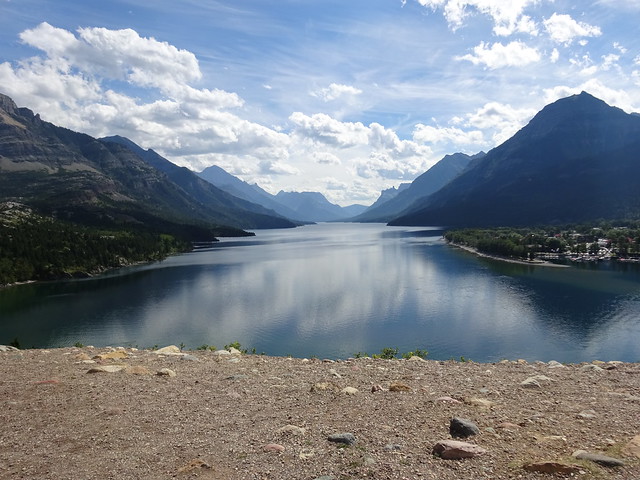 View from the front of the hotel looking south into the U.S.

Tomorrow we head back into the USA, but on foot as we have reserved a spot on a ranger led hike to the south end of the lake.