When we first arrived here a few days ago we drove in to Two Medicine (part of Glacier National Park) to visit the ranger station and ask about some of the hikes in the area.  One of the hikes recommended by the ranger was to Scenic Point, a high viewpoint that gives a good view of the entire Two Medicine valley.  The hike was listed as only 3.1 miles one way but with an elevation gain of 2,350 feet.  Since we had just arrived at these higher elevations, we decided to wait to do this hike after we had some time to adjust to the altitude.  After hikes of over nine miles one day and over twelve miles the next, we felt we were ready for the assault on the Scenic Point Trail.

The trail begins with a half mile of gradual incline, then quickly starts to gain in elevation along a ridge line with great views back toward the lake. 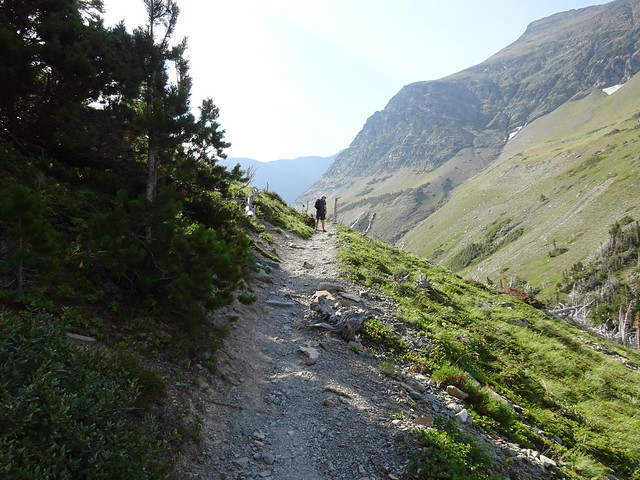 About a mile from the trailhead we entered a ghost forest of dead whitebark pines, the result of white pine blister rust, a fungal disease that was accidentally introduced from Europe around 1900.  According to a park brochure, nearly half of the original whitebark pine population in Glacier is already dead. It’s estimated that more than 75% of the remaining trees are infected with the disease, and will die within 20 years. 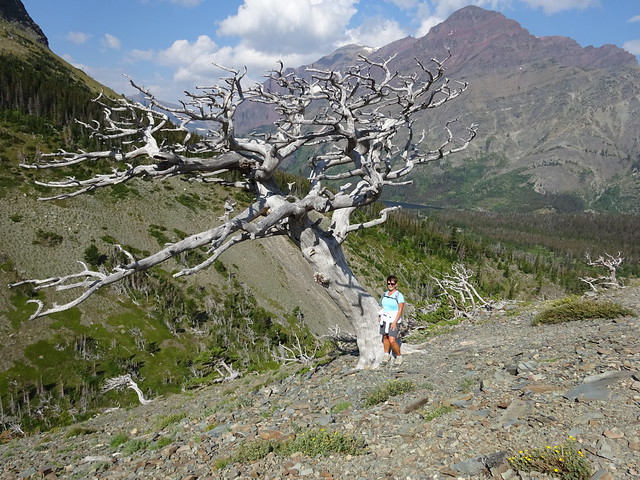 Above the treeline the wind was howling, but the views were spectacular! 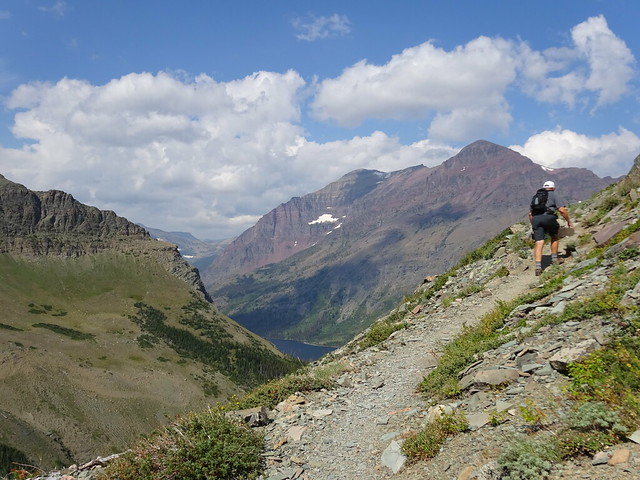 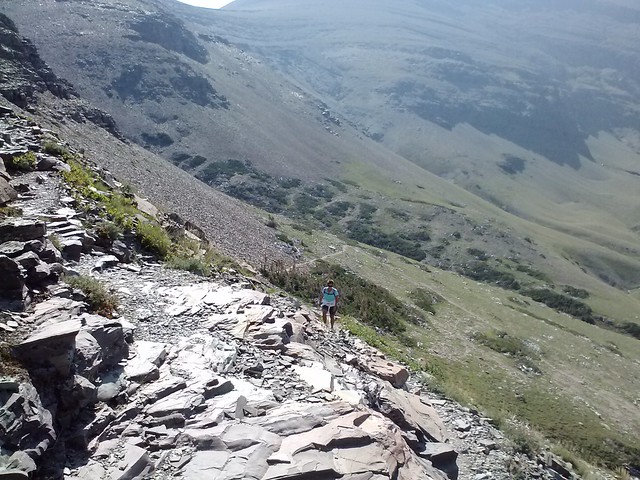 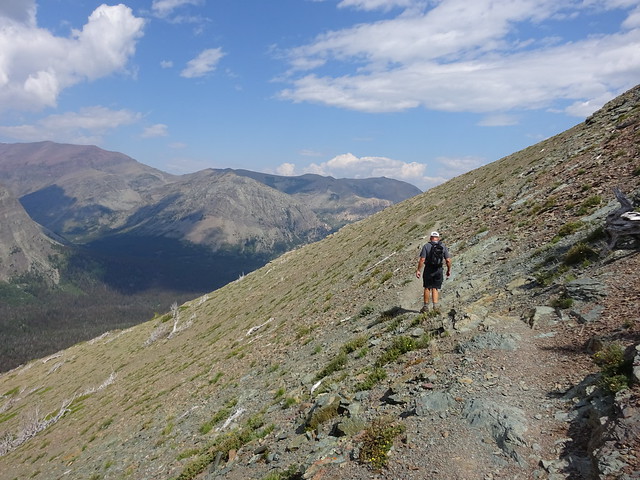 The park information stated that this hike was 3.1 miles one way.  Another flyer we picked up said it was 3.6 miles one way.  As we neared the 3.1 point we were hoping that the park’s figure was correct, but we just kept going up!  As we neared the 3.6 point we realized that both figures had to be incorrect as the trail just continued!  We crossed over a small ridge where the trail flattened out and we could see what we thought to be Scenic Point in the distance. 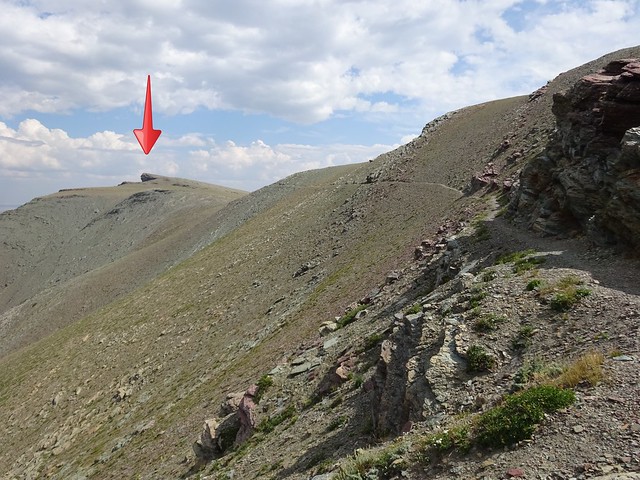 So we just kept hiking! 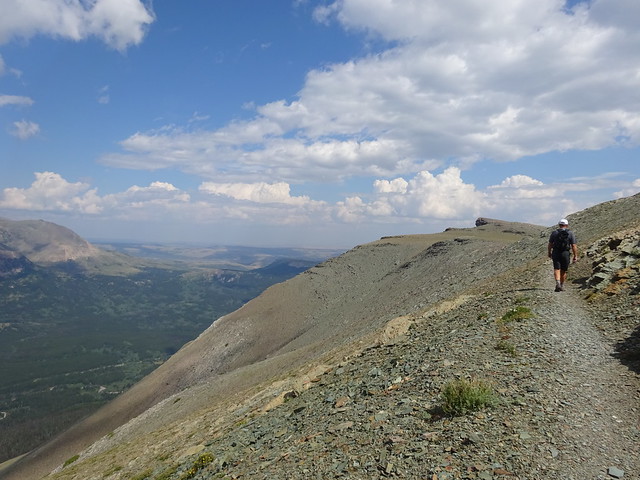 We must have become a bit disoriented because at one point we looked to our left and saw what appeared to be Julie Andrews singing “The Hills are Alive with the Sound of Music!” 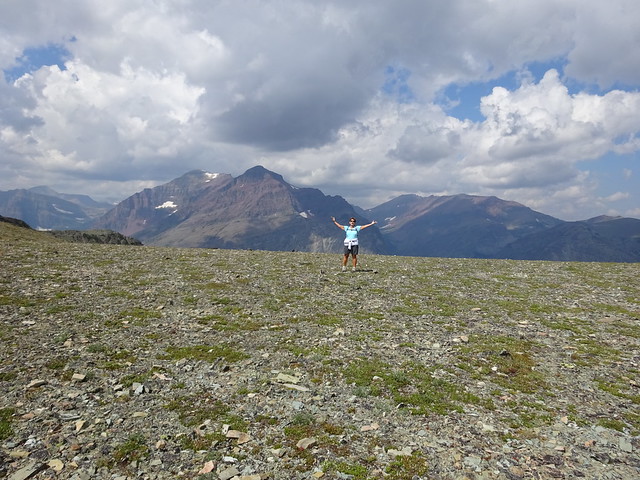 At four miles we began the final ascent, a pretty steep climb of roughly 145 feet in just 0.15 miles. 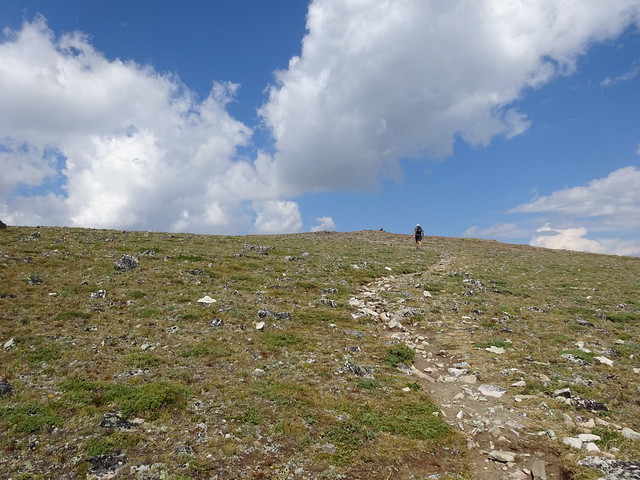 The view from the top (7,450 ft.) made the steep climb well worth the effort. 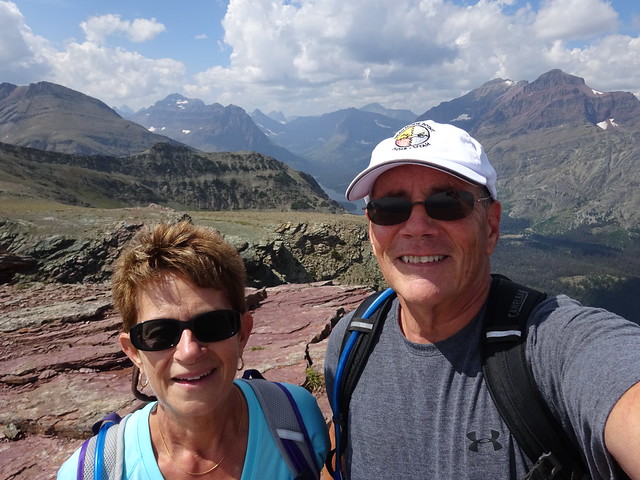 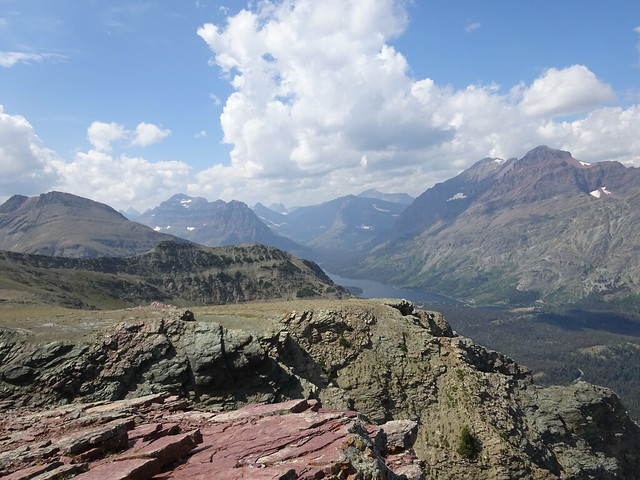 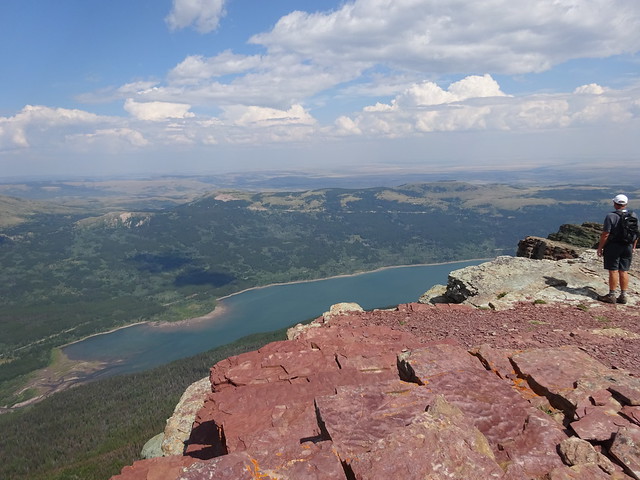 The only wildlife we saw was the little critter below who kept an eye on us, hoping for a handout.  But that was not to be, as we had nothing to give him.  Seems we had a little mix-up during the packing phase of this adventure.  When we arrived at the peak we sat down to enjoy “lunch with a view” only to find that no one had moved “lunch” from the refrigerator to the backpack!  Oh well, who needs any nourishment after climbing up 2,300 feet! 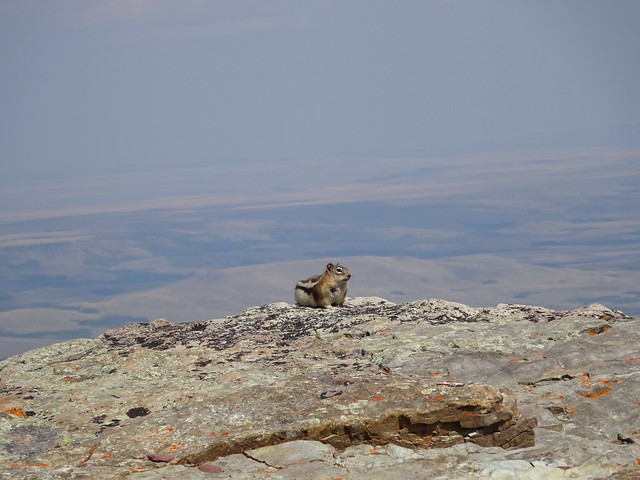 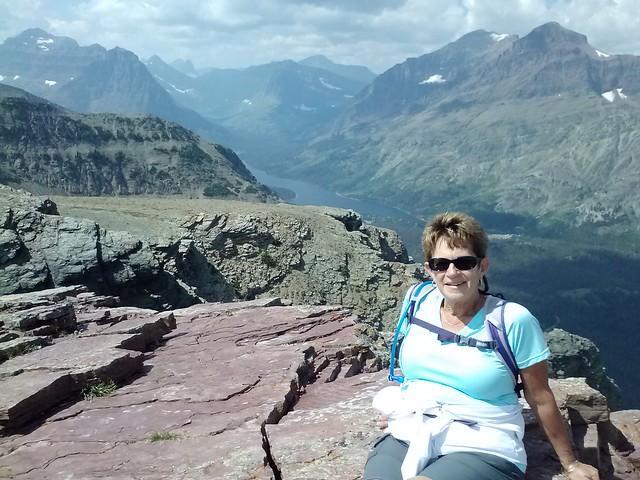 After enjoying the great views and some conversation with some fellow hikers, we began the return hike.  Needless to say, gravity is your friend on the downhill! 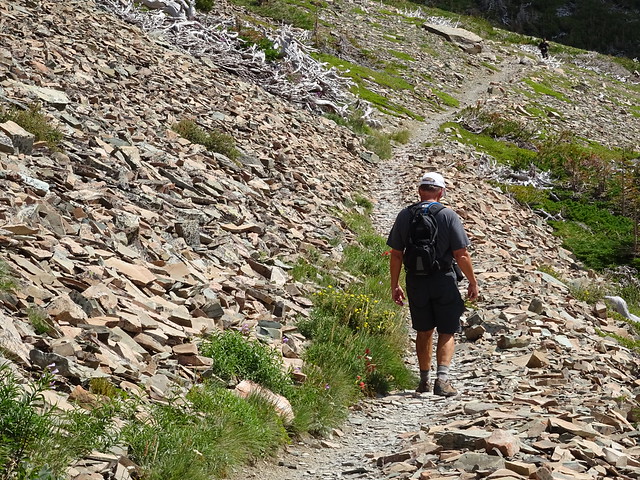 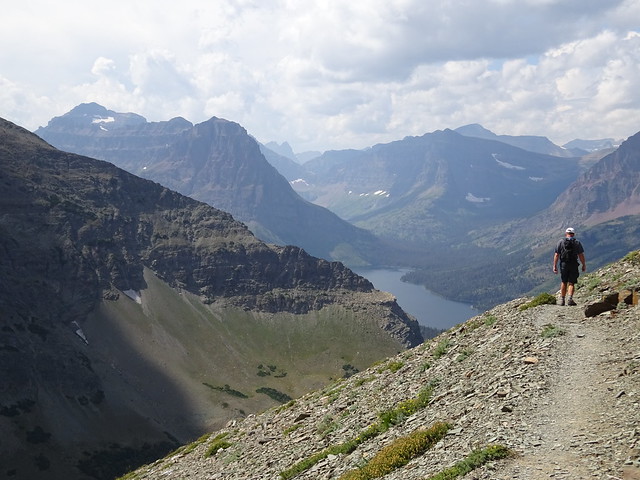 If you are ever in the Two Medicine area of Glacier National Park, don’t miss this hike.  We think it was one of the most beautiful, and challenging hikes we have ever done.

That’s it for Two Medicine.  Next up is a short drive north to St. Mary and some hiking in the Many Glaciers area of the park.