Revisiting Crowley Lake and a Hike Around Convict Lake

Posted on September 22, 2017 by placestheygo

Crowley Lake is a reservoir on the Upper Owens River on the east side of US 395 between Bishop and Mammoth Lakes.  The lake was created in 1941 by the building of a dam by the Los Angeles Department of Water and Power (DWP), as storage for the Los Angeles Aqueduct and for flood control.  On the east side of the lake are what is known as the Crowley Columns, strange columnar formations some of which reached heights of as much as 20 feet. 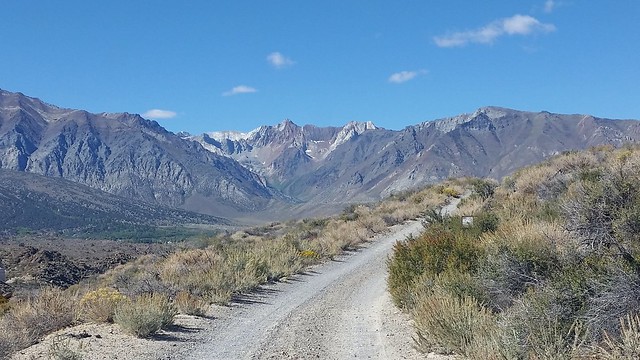 When we were here in 2015, California was in the middle of a severe drought.  We drove out to the area of the columns with friends Dave and Sue (Beluga’s Excellent Adventures) to check them out.  Since that visit, California has received a great deal of snow over the past two winters and the lakes are back up to capacity.  So we decided to drive back out to the same spot and see what the high water level looks like by the columns.  We found the difference to be quite striking.  Just a quick comparison of the two photos below show the differences. 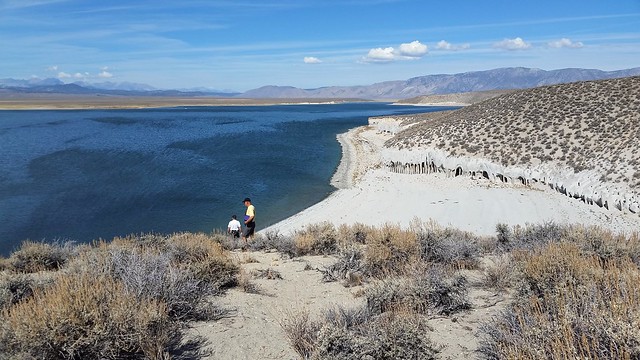 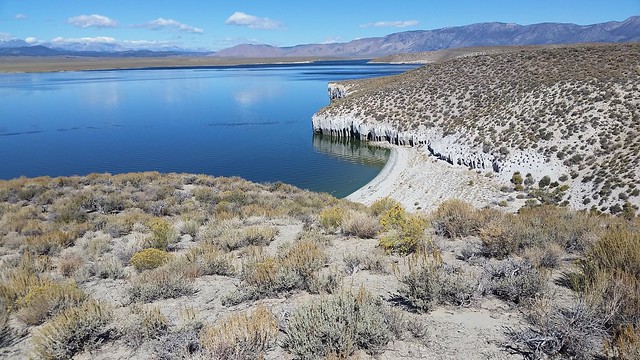 During the first visit we could walk along the shoreline and explore inside the many caves and pillars.  But we couldn’t do that during this visit! 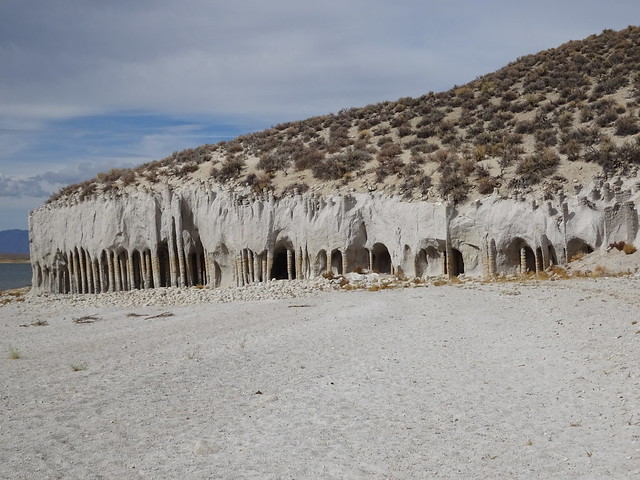 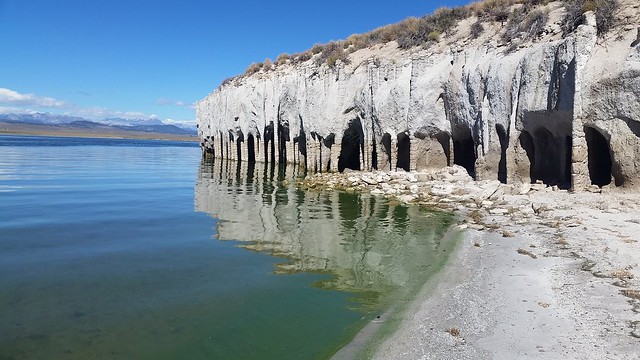 While the visit to the columns this year was nowhere near as interesting, we are glad the drought is over and the lakes in the area are back up to normal levels.

We drove back out to the highway and continued north for another few miles.  Across from the Mammoth-Yosemite Airport we turned west on Convict Lake Road.  It is a two mile drive to the end of the road at the east end of the lake. 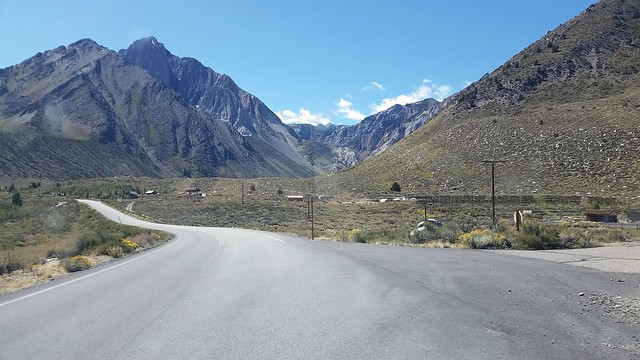 At an elevation of 7,850 feet Convict Lake sits in the Sherwin Range of the Sierra Nevada Mountains. It is known for its fishing and the dramatic mountains that surround it. 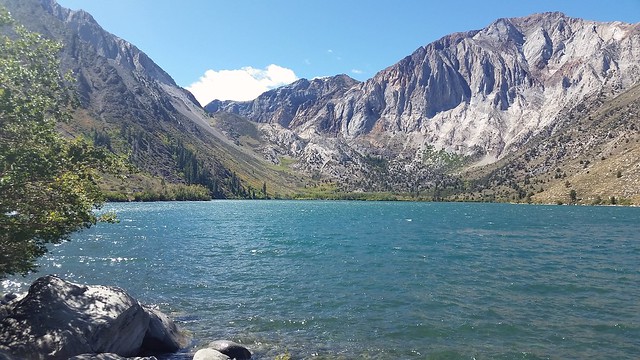 The lake was named after an incident in 1871 where a group of convicts escaped from prison in Carson City.  A posse from the nearby town of Benton encountered the convicts near the head of what is now Convict Creek.  Posse member Robert Morrison, a Benton merchant and Wells Fargo Agent, was killed in the encounter.  A peak on the southeast side of the lake is named after him. 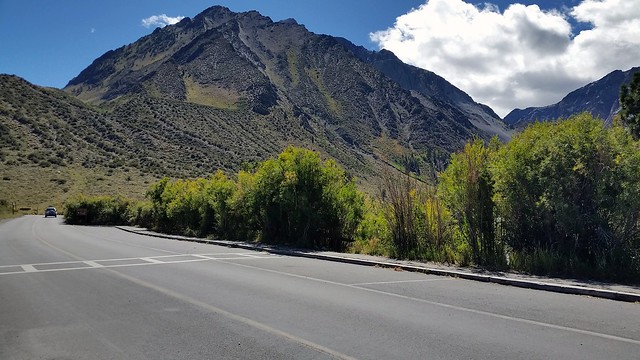 Driving just outside Bishop we came upon a white boulder with a plaque mounted on it. 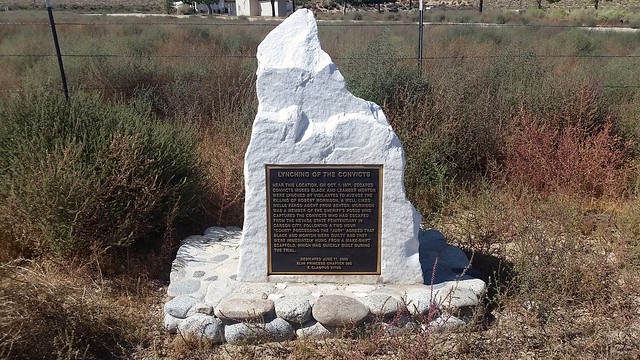 The plaque marks the spot where the story of the escaped convicts came to an abrupt end. 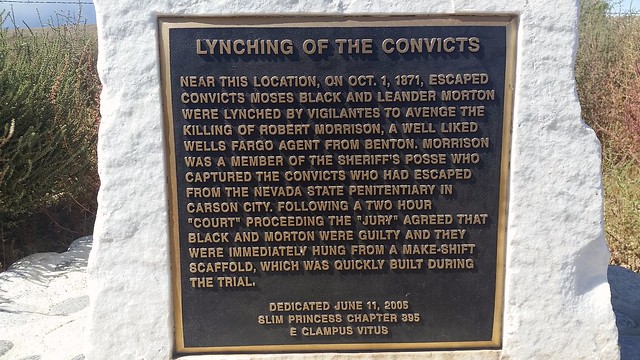 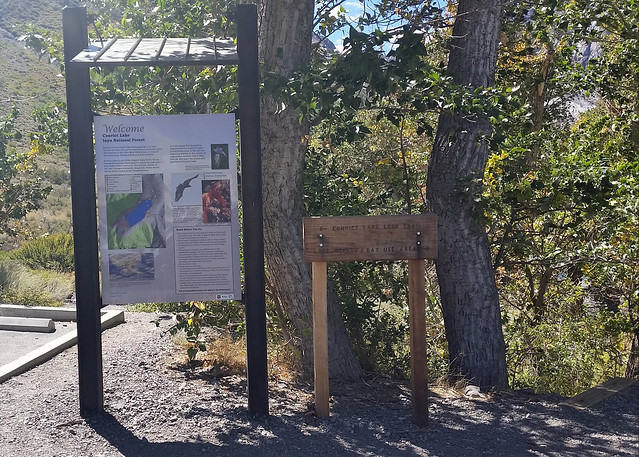 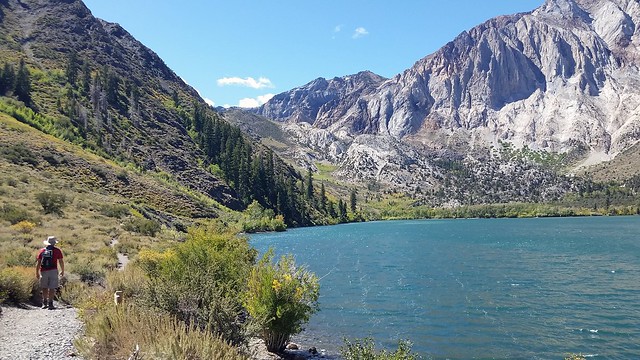 Hiking out on the south side of the lake 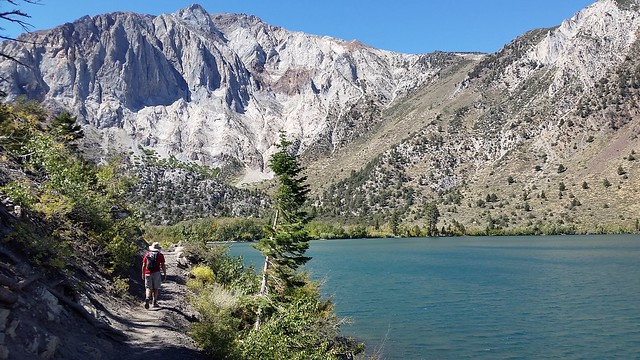 At the far end of the lake a boardwalk bridge over Convict Creek is missing, creating a challenge to continue.  But two logs lying together across the water provided us with the opportunity to crab walk sideways across the water. 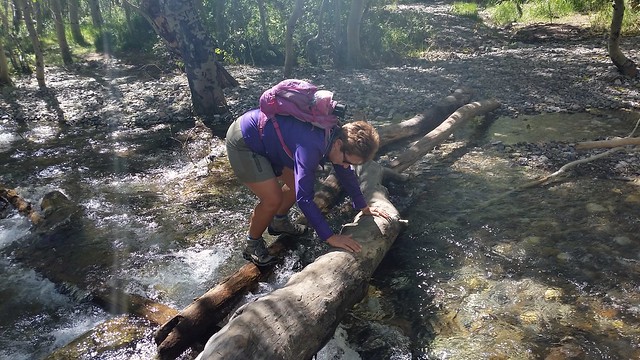 The nimble hiker demonstrates her skills 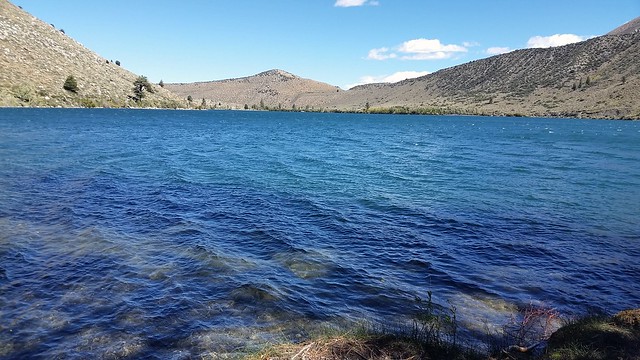 Looking back east from the far end of the lake 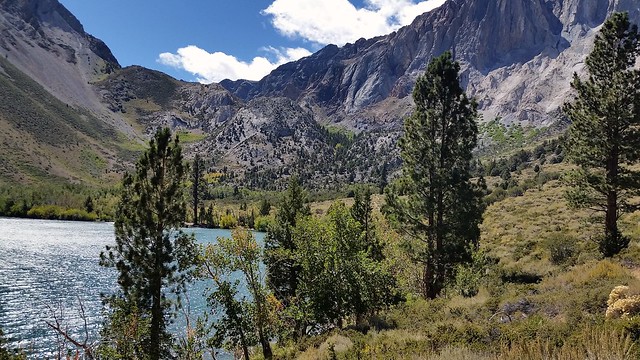 In addition to the incident with the convicts, the lake is also known for a more recent tragedy.  In 1990 it was the site of a major drowning.  Twelve teenagers and two counselors from a nearby camp were on a holiday outing at Convict Lake.  The group was warned that the ice was too thin to support their weight but failed to heed the warning.  At least four teenagers and both adults fell through the thin ice and into the water.  By the time the first rescuer arrived on the scene, only one teenager had been able to pull himself out of the water, but the other teenagers were no longer in sight, having apparently already drowned.  In all, three teenagers and four would-be rescuers drowned in the freezing water.  Another youth and a volunteer fire chief were rescued. 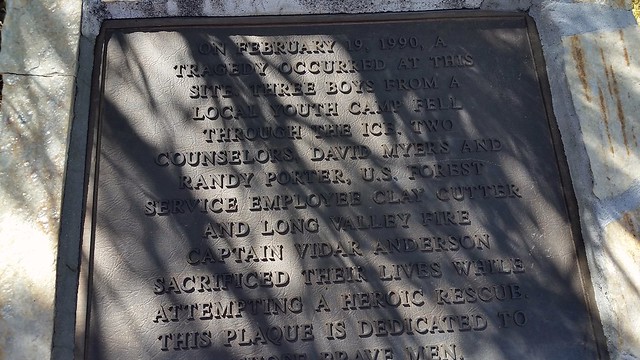 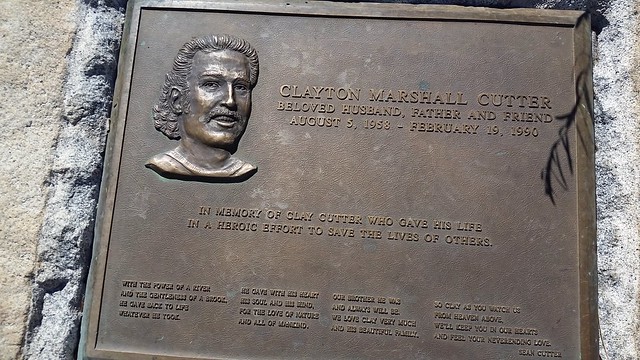 That ends our brief revisit to Bishop.  We’ll now continue south on US 395 to the little town of Lone Pine.  More on that later . . .