During our one week stay in Santa Fe the forecast was for a couple of days with good weather and a few with cold, rain, and wind.  The forecast was pretty accurate so we had nice days to visit the two spots on our must do list:  Tent Rocks NM and Bandelier NM (see previous blogs).  On other days we didn’t do much since it was cold, wet, and windy.  One morning we even woke up to a covering of snow! 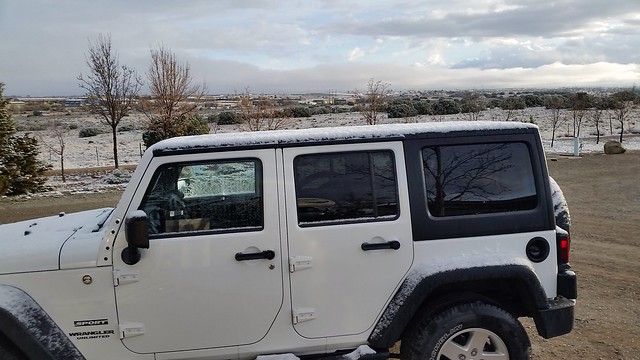 One day as we neared the end of our stay, the temperature was just warm enough for a little bit of exploration outside.  So we headed north on I-25 about 30 miles for a visit to Pecos National Historical Park. 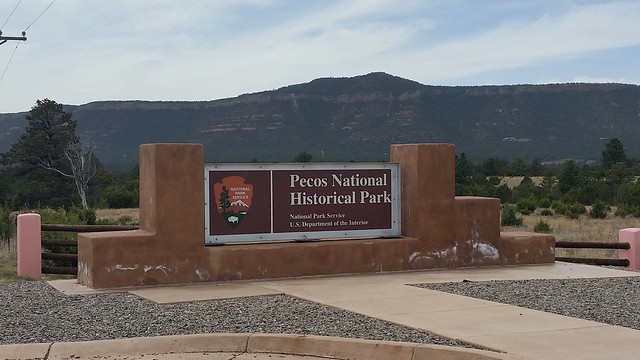 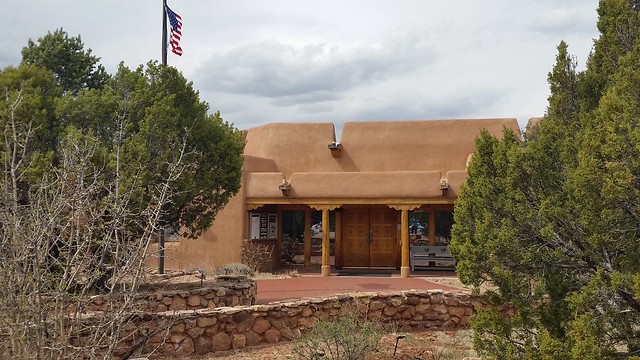 As we entered the visitor center a ranger was about to lead a group of 37 eighth and ninth grade students on a tour of the ruins and invited us to join them.  Not a chance!  After spending our careers in education, we knew better than that and politely declined the invitation.  Instead we watched a video about the park and let the students get far down the tour path before we set out on it. 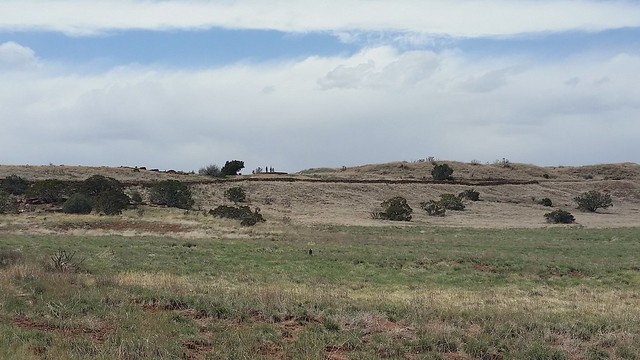 The ruins are on top of the ridge ahead 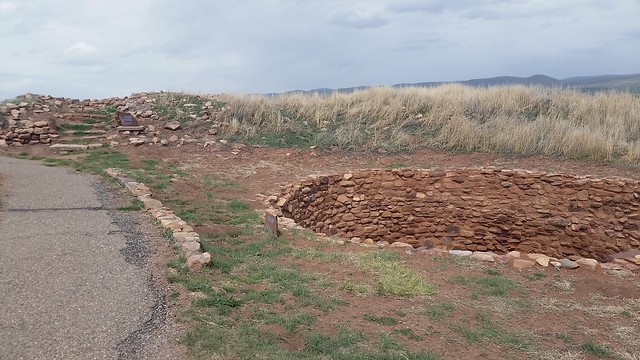 Restored Kiva next to ruins 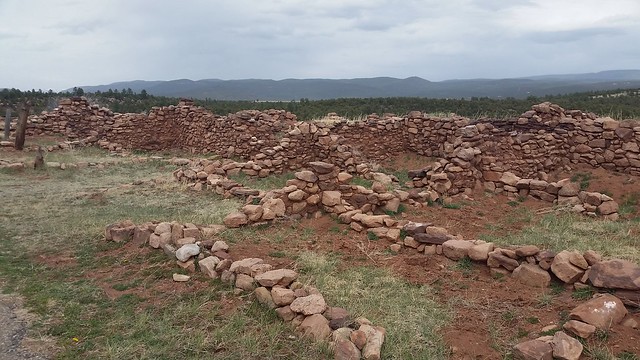 Spanish explorers arrived in the area in 1541 looking for gold.  Finding none they moved on, but were soon followed by Franciscan friars who worked to convert the residents of the pueblo to Christianity.  In the early 1600 they built a large mission church next to the pueblo.  The church was destroyed by the puebloans during a revolt against the Spanish in 1680.  In 1692 the Spanish returned and later built a smaller church on the remains of the one destroyed.  Part of this later church have been restored. 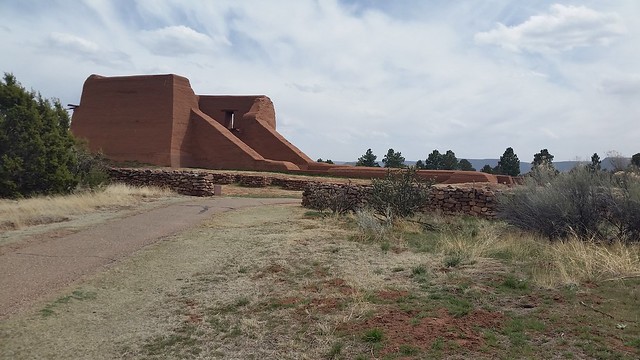 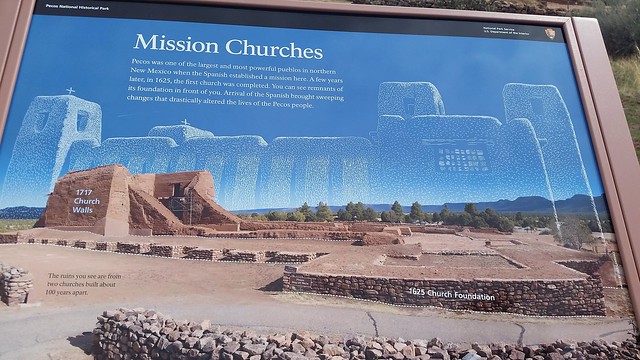 The picture below, taken in the 1880s, shows Adolph Bandelier (namesake of Bandelier National Monument) who helped with the church restoration. 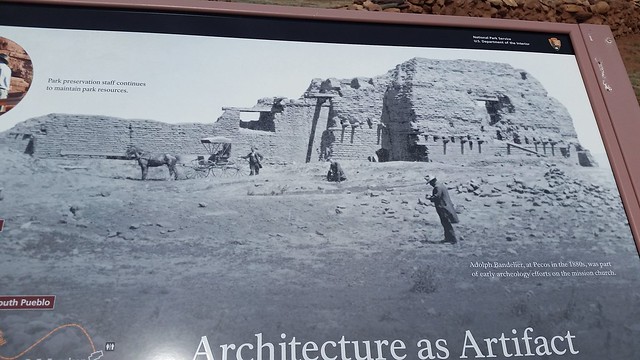 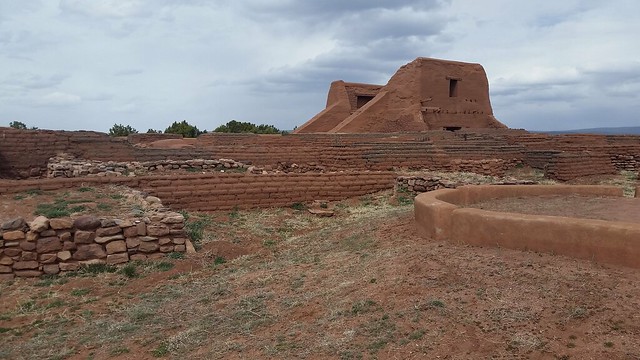 We have followed a blog called Island Girl Walkabout for a number years and met the authors, Hector and Brenda, a few years ago in the desert of Southern California.  Since then we have crossed paths on a number of occasions.  Last July they decided to settle down and bought a beautiful house just north of Albuquerque.  During our stay in Santa Fe they invited us down to their house for a visit and dinner.  We were anxious to visit with them and see their new digs, plus we never pass up a free home cooked meal, so on our last day in the area we headed south to the town of Corrales. 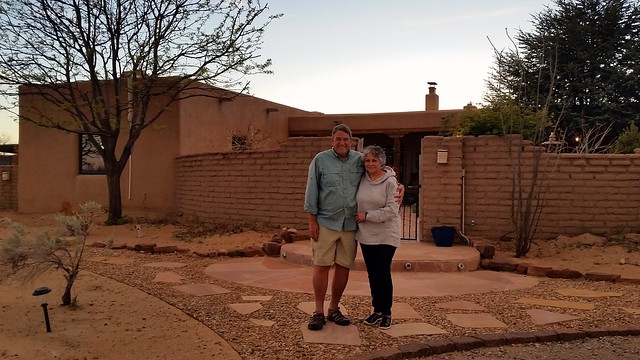 Hector and Brenda in front of their new home

Their new house is just beautiful inside and out.  Plus it has a gorgeous view of the Sandia Mountains to the east. 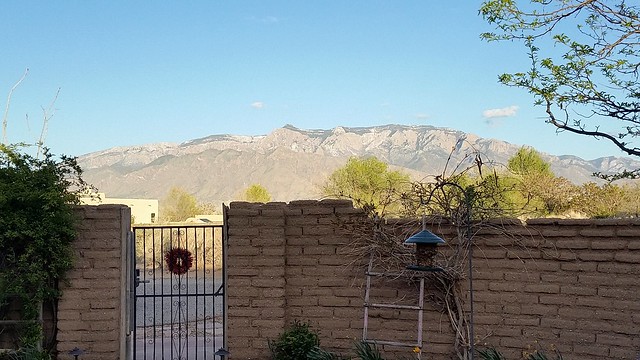 Our real reason for this visit was to spend some time with Angel, their beautiful dog.  Angel is getting up there in years and has been experiencing some health problems lately.  But she is still enjoying life and was pleased to re-unite with the “treat lady” who always has something tasty in her pocket. 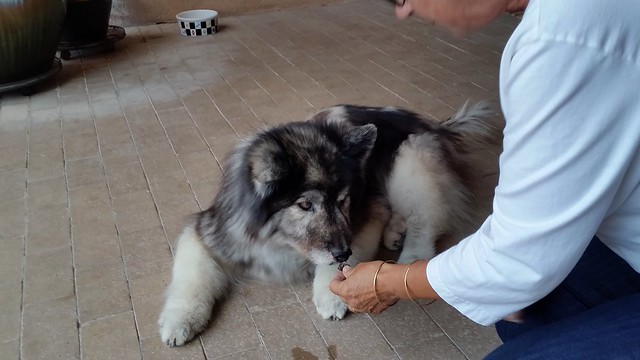 After enjoying a great meal and equally great conversation, we headed back to Santa Fe.  With rain in the forecast for later in the day, we wanted to get an early start the next morning.  We were up early and ready to head out a little after 8:00 for a 200 mile drive to our next stop, Farmington, NM. 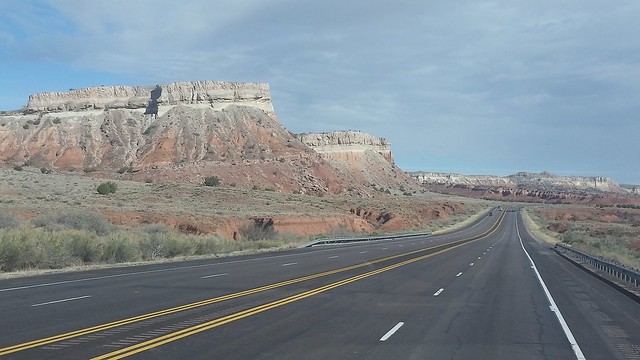 Beautiful views on US-550 heading north

We are now set up in McGee Park, which is part of the San Juan County Fairgrounds.  We are waiting for good weather so we can drive south for a visit to the remote Chaco Culture National Historic Park.  A portion of the drive to Chaco is on an unmaintained dirt road so we need to let things dry out from some recent rains.