Our second day in the Sun Valley area had a pretty high probability of rain in the forecast so we didn’t want to get far from shelter.  With that in mind we walked a couple of miles on the Wood River Trail  to the Hemingway Memorial. 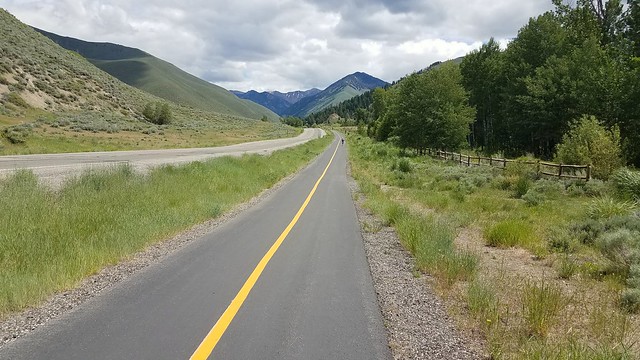 Earnest Hemingway visited the Ketchum area many times beginning in the late 1930s.  He purchased a home here in 1959 and lived in it until he committed suicide in 1961.  Five years after his death a memorial was built next to a stream in Sun Valley. 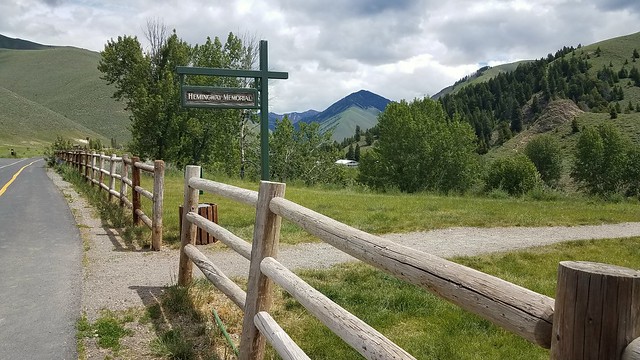 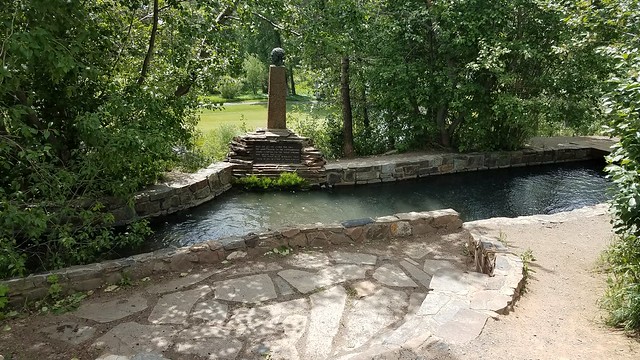 The inscription at the base of the monument was written by Hemingway as a eulogy for a friend, Gene Van Guilder, who died in 1939 in a hunting accident.  Hemingway had only know the 35 year-old for a few weeks before his death, but agreed to write and read the eulogy at his funeral.  Both Van Guilder and Hemingway are buried near each other in Ketchum Cemetery. 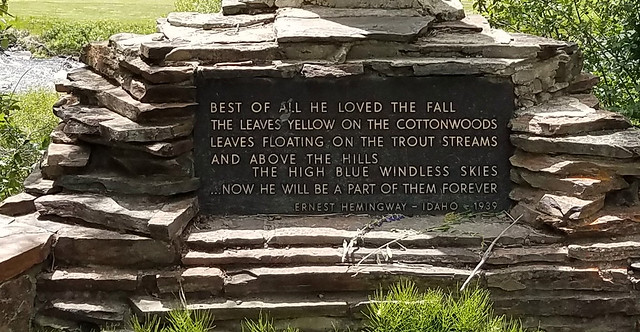 The final day of our short stay here had decent temperatures (in the mid-60s) and mostly clear skies.  We took advantage of the good weather and took a hike combining a couple of trails on a hill between Ketchum and Sun Valley called the White Cloud area.  The four mile loop begins by going steeply uphill. 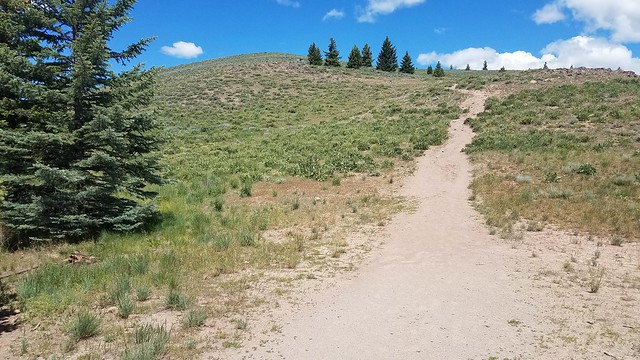 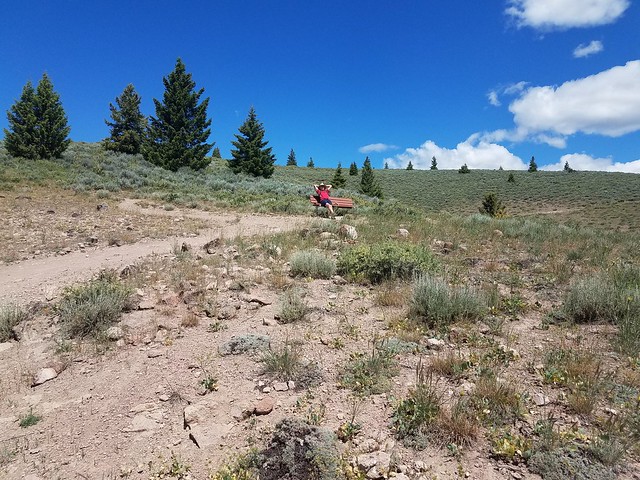 Waiting for someone to finish taking photos of flowers 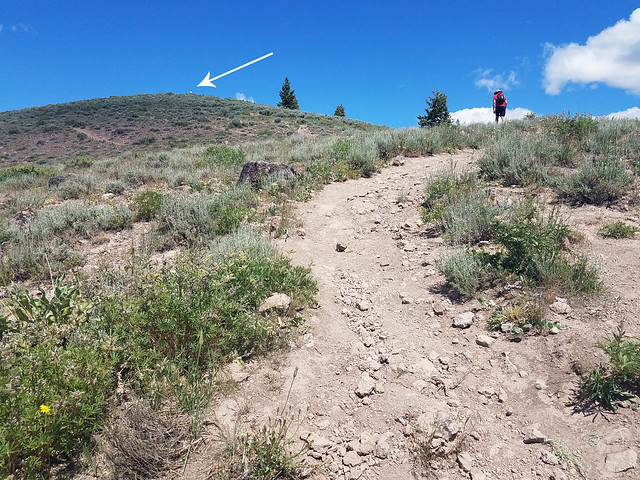 Mountain biker on top of the hill (our target)

Once up the steep hill the trail levels out as it goes around a group of holes that are part of the Sun Valley Golf Course, with great views of the surrounding mountains and valleys. 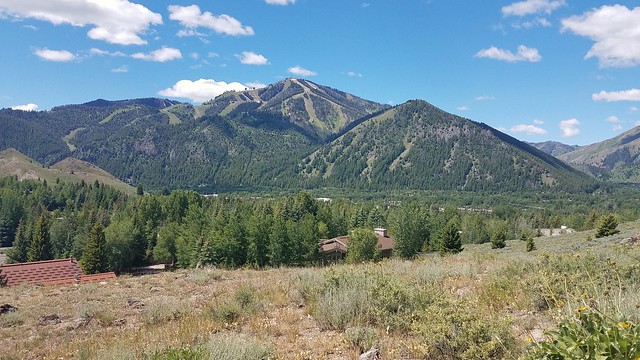 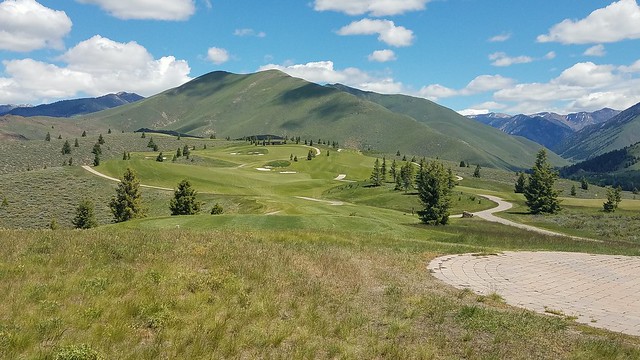 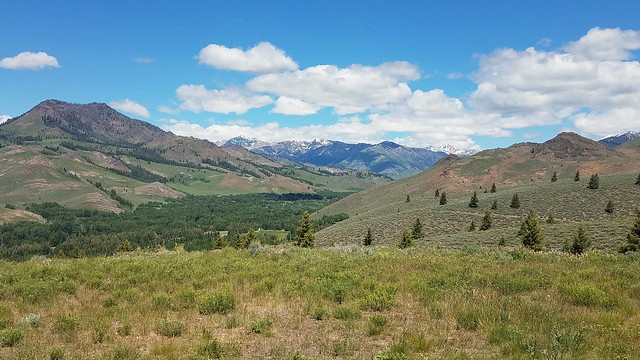 Snow on the Sawtooth Mountains to the north

Wildflowers were in bloom all along the trail, adding their colors to the beautiful vistas. 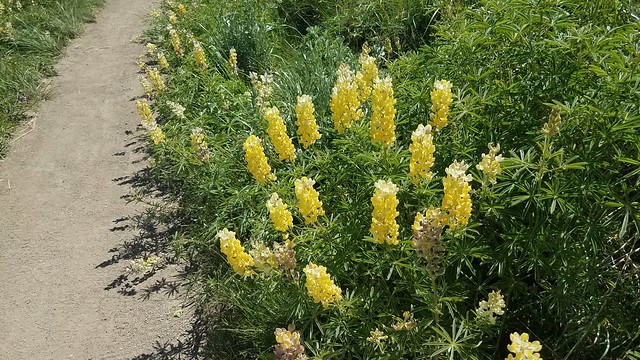 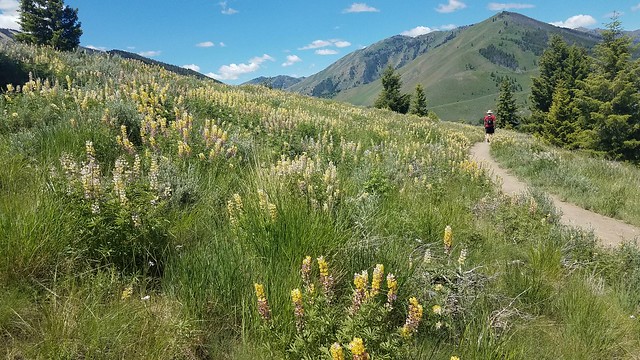 John is surrounded by lupines 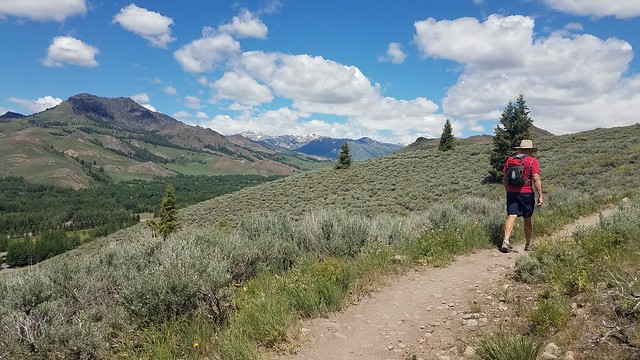 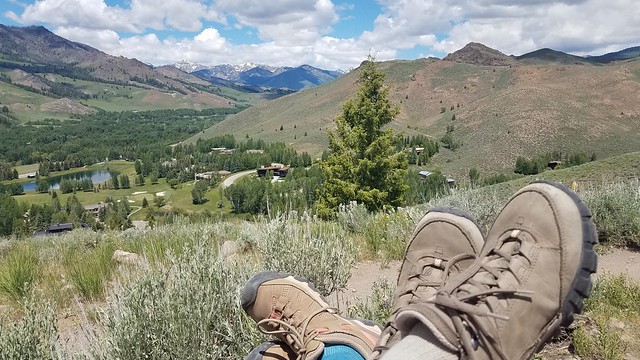 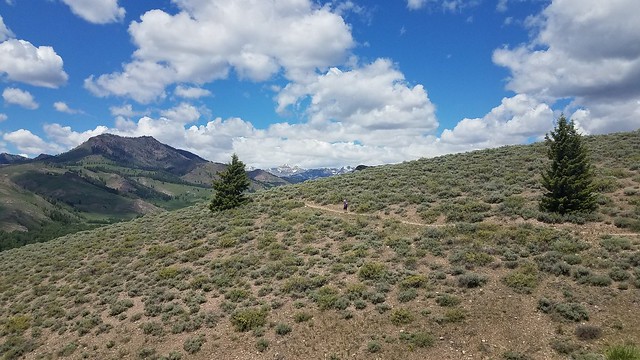 Can you spot the nimble hiker?

Well, that winds up our brief stay in the Ketchum/Sun Valley area.  It is a beautiful area filled with summer and winter outdoor activities.  There are so many hiking and biking trails that, who knows, we just may return for another visit some day.

Next up for us is a reunion with friends.  More on that later . . .