North Rim of the Grand Canyon

With a cool, wet, windy day predicted for Kanab we decided to take a drive south to the North Rim of the Grand Canyon, a drive of about 80 miles one way.  We left Kanab and headed south on US-89A.  The North Rim is over 8,000 feet of elevation (Kanab is about 5,000) so we anticipated seeing some fresh snow on the ground.  After only about 20 miles we began to climb up and came upon some fresh white stuff. 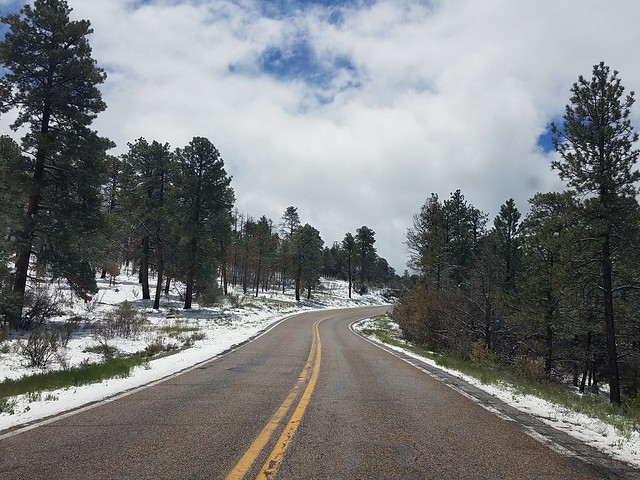 At Jacob’s Lake we turned right on US-89A and headed south on AZ-67.  As we drove along we passed through a section of the pine forest that had burned in a fire about 15 years ago.  We recall seeing the destruction  here when we rode through it on a motorcycle trip in 2006.  Recovery is a slow process, as the area looks pretty similar to what we saw back then. 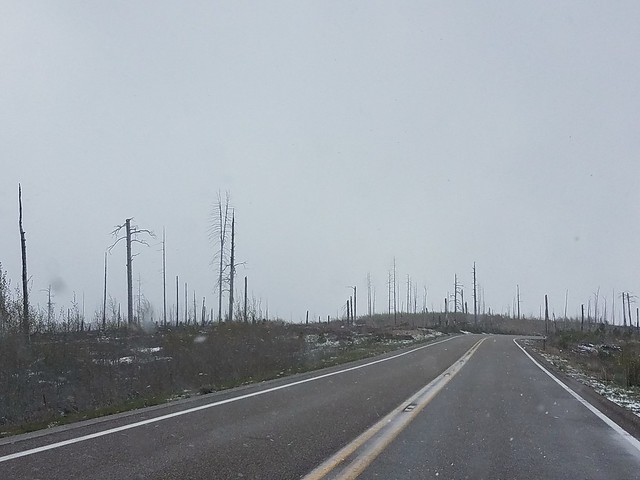 As we continued south the temperature dropped.  We drove through a series of snow squalls that made us feel like we were back in Pennsylvania in January. 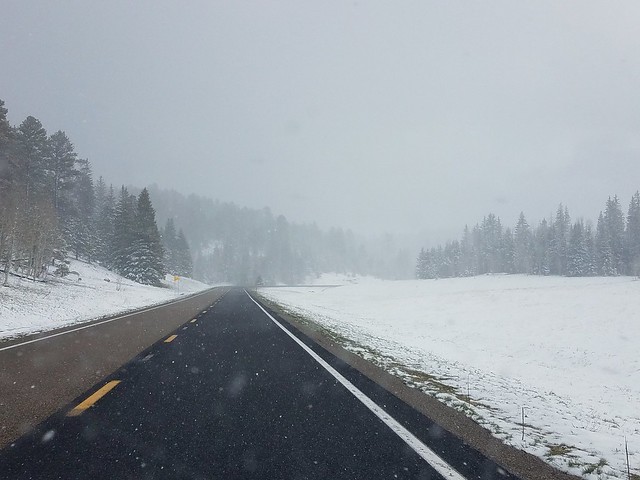 Once through a squall the sun would peak out and create a beautiful scene with the fresh covering of white. 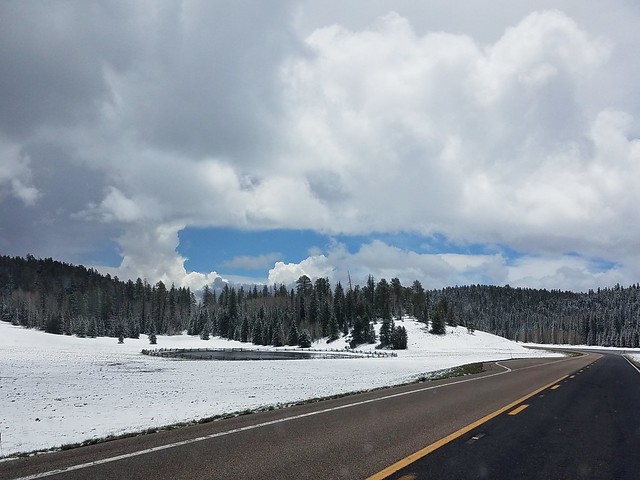 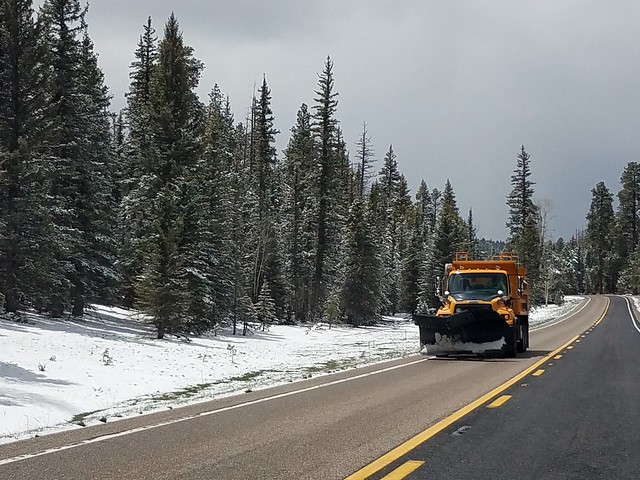 Not something we anticipated seeing the third week of May! (at least the plow was up) 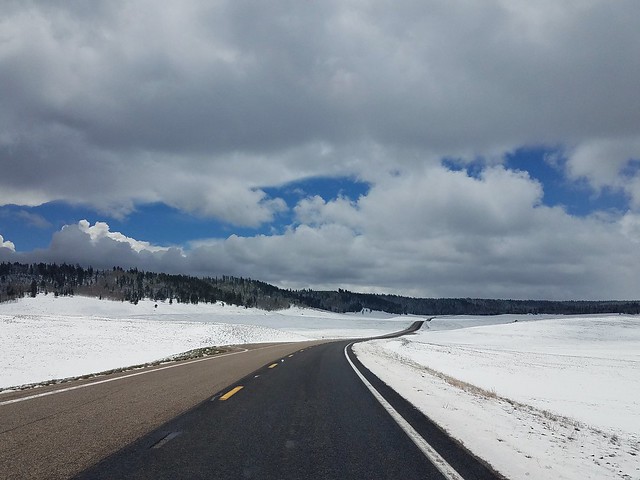 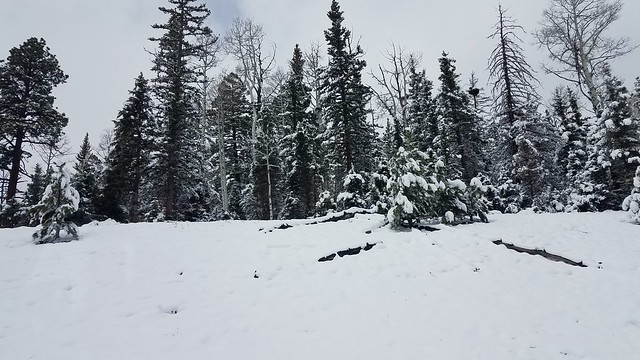 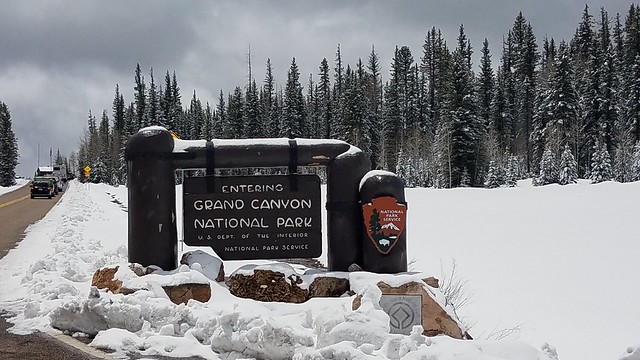 Arriving at the North Rim Visitor Center we were surprised to find the parking area very crowded, even though they had just opened the previous week and the cabins were still closed. 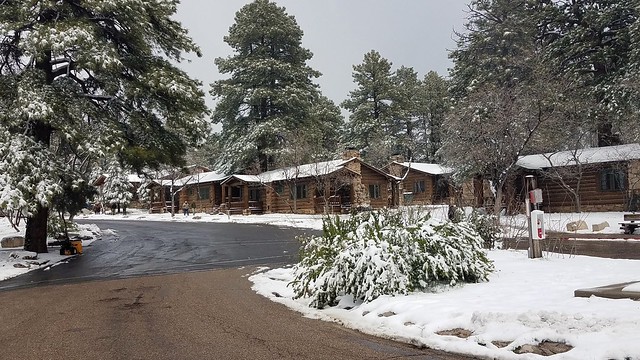 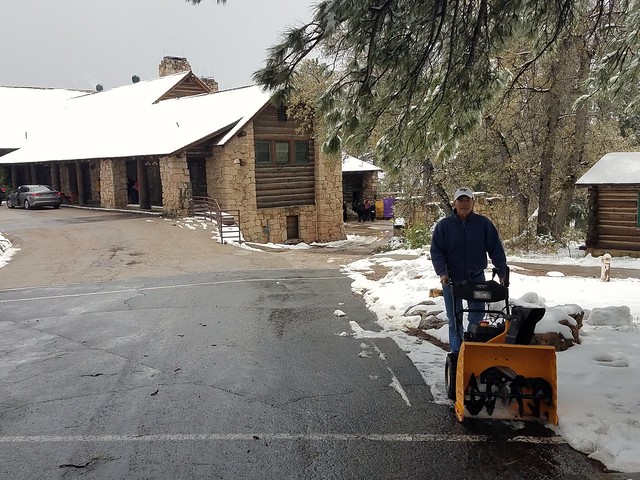 A young college student worked to keep the streets clear!

After enjoying the views of the canyon (photos to follow) we headed back north toward Kanab.  At times the wind blew hard, creating blizzard like conditions. 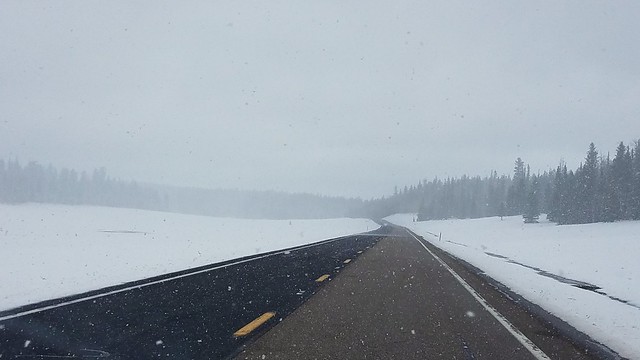 But the drive through the snow was definitely worth it.  The views of the canyon were impressive as the sun peaked through the clouds.  We’ll finish this post with a few pictures of the view from the lodge located on the edge of the canyon. 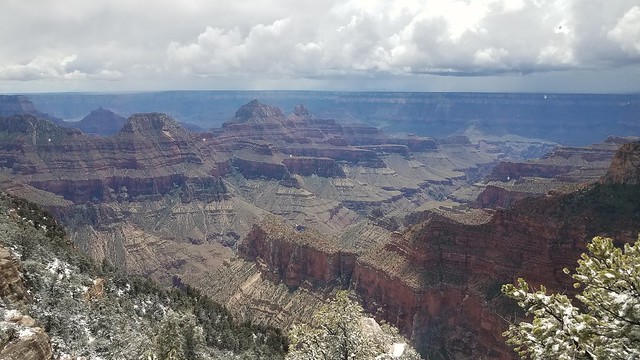 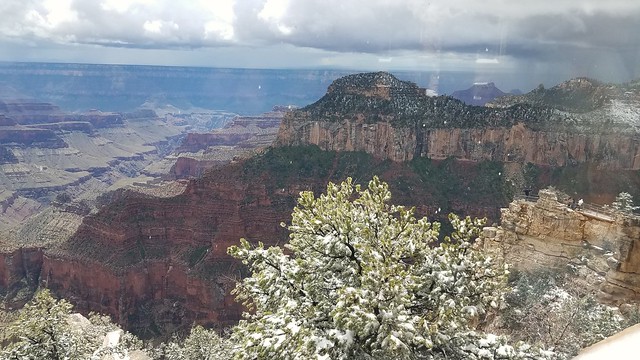 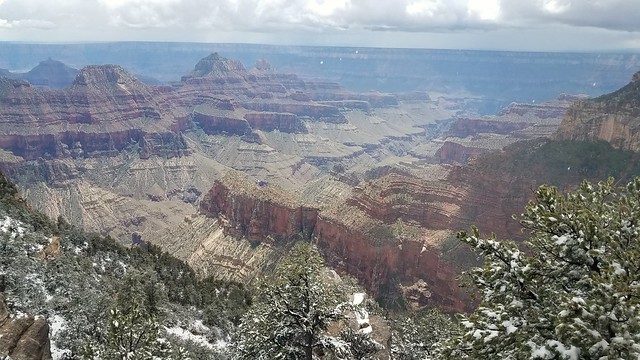 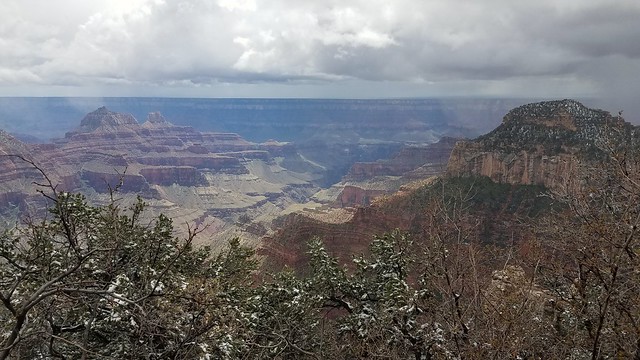 The weather for this week still has quite a bit of rain and wind in it, so we’ll delay our trek north (we’re headed for central Wyoming) for a few more days.  There are a couple more hikes on our to-do list we hope to complete during breaks in the rain.

20 Responses to North Rim of the Grand Canyon