As much as we were enjoying spending time in our home in Boulder City the past two months, it was soon time to head east in the motorhome.   We headed out on the first of June taking US 93 south to Kingman, AZ where we picked up I-40 east.  We completed two long travel days (about 350 miles each) with stops overnight in Holbrook, AZ and Santa Rosa, NM.   Those drives were too long so we cut down our drive on the third day to 150 miles and settled in at the Oasis RV Park, just outside Amarillo, TX.  We took a site for two nights to give us a chance to rest a bit and check out an interesting state park nearby. 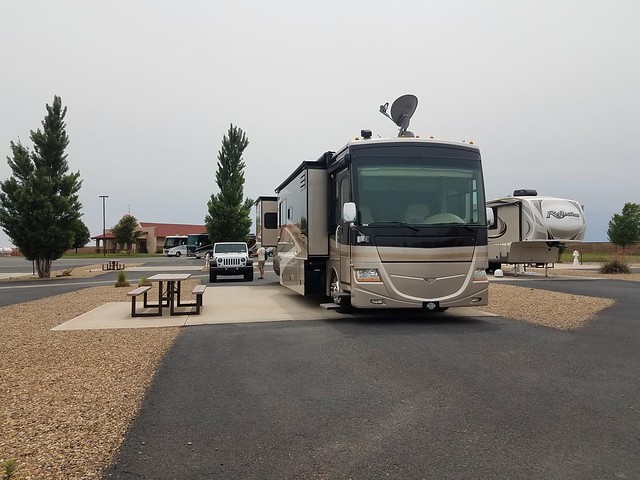 The first thing you see when you enter this RV park is a motorhome buried nose-first in the ground. 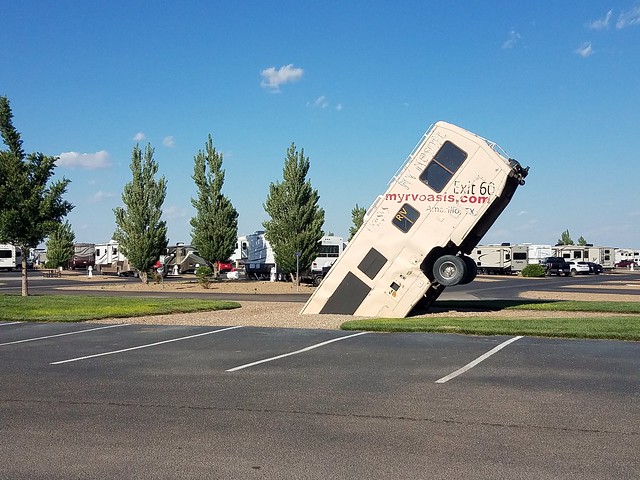 That’s because just a couple of miles from the park, along the south side of I-40, is a weird roadside attraction called Cadillac Ranch. 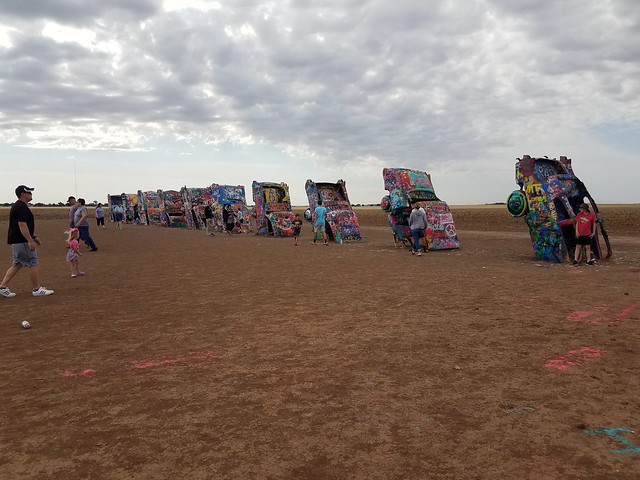 Cadillac Ranch was invented and built in 1974 by a group of art-hippies from San Francisco.  They called themselves The Ant Farm, and their silent partner was Amarillo billionaire Stanley Marsh.  He wanted a piece of public art that would baffle the locals, and the hippies came up with a tribute to the evolution of the Cadillac tail fin.  Ten Caddies were driven into one of Stanley Marsh’s fields, then half-buried, nose-down, in the dirt (supposedly at the same angle as the Great Pyramid of Giza). They faced west in a line, from the 1949 Club Sedan to the 1963 Sedan de Ville, their tail fins held high. 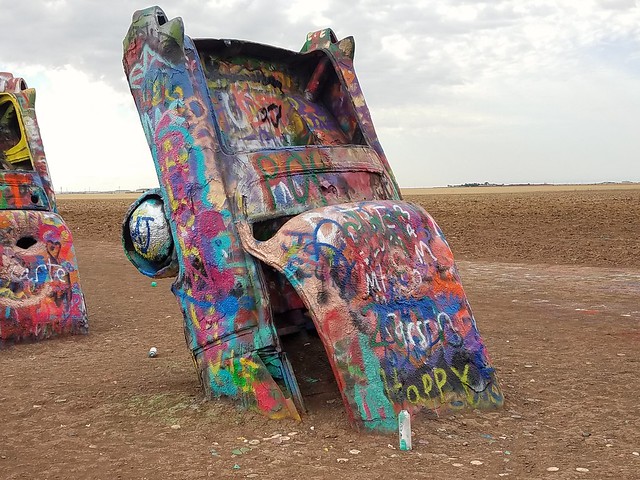 The Cadillacs have now been in the ground as art longer than they were on the road as cars. They are stripped to their battered frames, splattered in day-glo paint, barely recognizable as automobiles.  We found the site to be less than interesting (the cars are unrecognizable and the place is covered with old spray paint cans since the public is invited to paint the cars) but other visitors seemed to be quite impressed.

Sue and Dave (Beluga’s Excellent Adventure) have stayed in this area before and told us about an interesting little state park just south of the city.  We drove about 20 miles south of Amarillo over flat, open prairie before arriving at a deep canyon called Palo Duro.

Palo Duro Canyon (from the Spanish meaning “hard wood”) has been called  the “Grand Canyon of Texas” both for its size and for its dramatic geological features, including the multicolored layers of rock and steep mesa walls similar to those in the Grand Canyon.  It’s the second-largest canyon in the United States and is roughly 120 miles long and has an average width of six miles. The average depth is around 820 feet, but in some locations it increases to 1,000 feet.

The canyon is now a Texas state park that contains campgrounds, hiking trails, a visitor center, and a beautiful amphitheater.  A ranger at the visitor center gave us information on a nice two mile round trip hike that would give us a great view of the canyon. 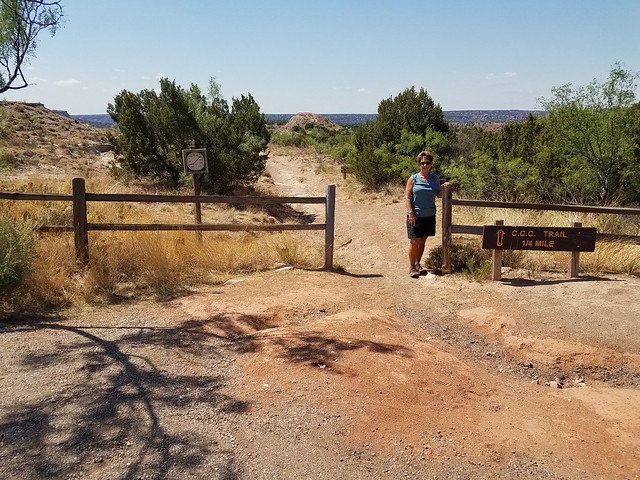 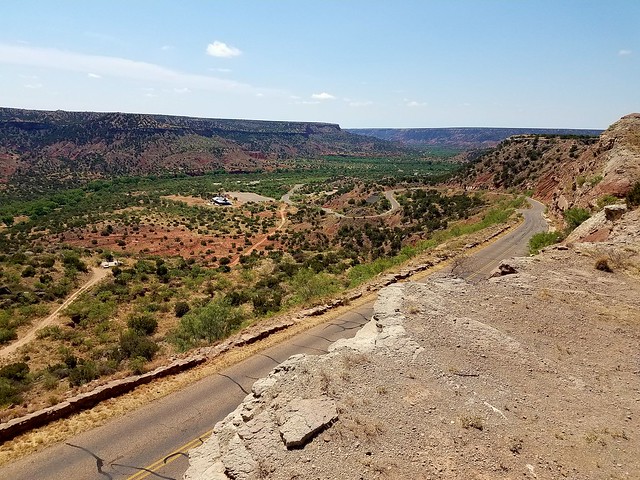 The winding park road below the trail 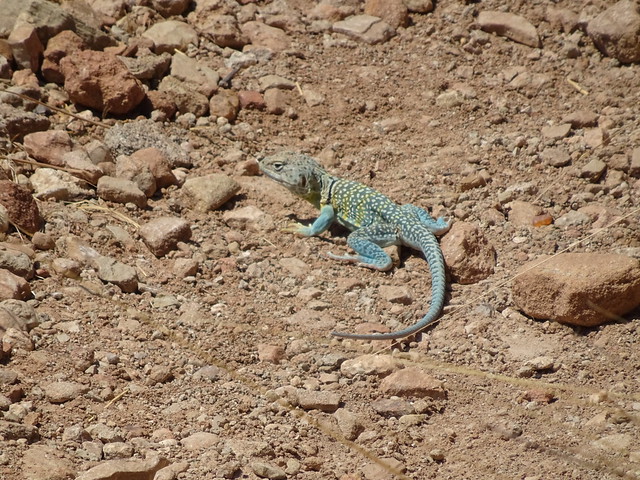 Small trail guide (he tried to sell us some insurance) 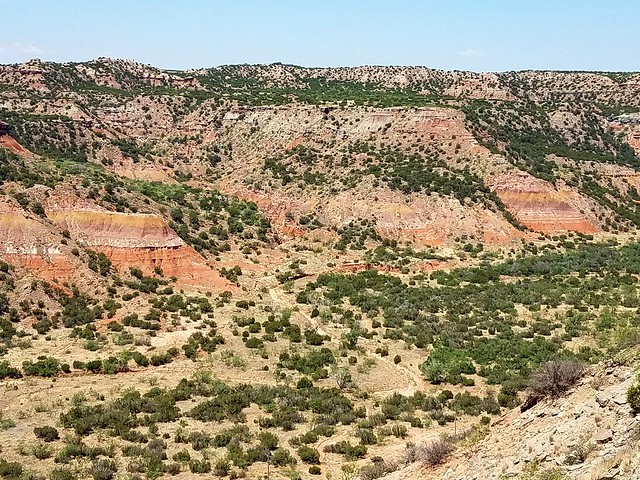 Canyon walls are quite colorful 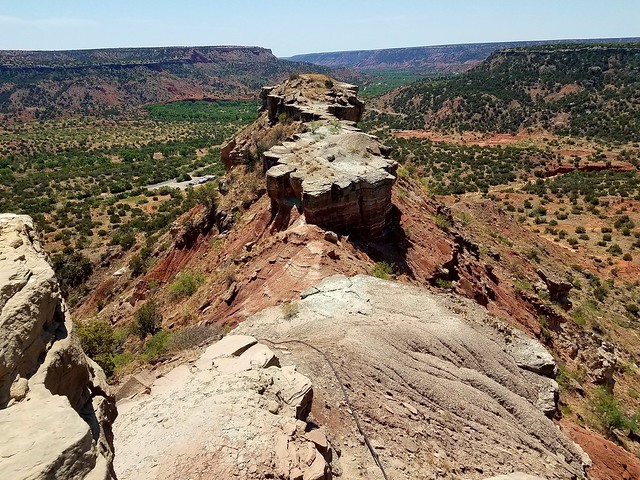 End of the trail 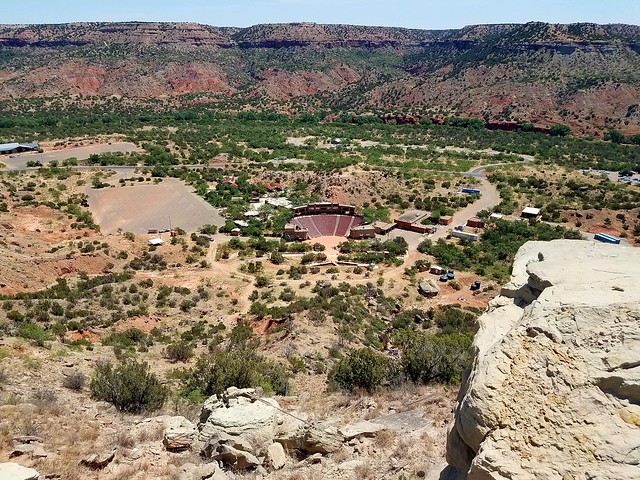 The Pioneer Amphitheater below us

The park has a performance called “Texas” that is put on in the amphitheater Tuesdays through Sundays in the summer.  The program features the stories, struggles and triumphs of early settlers. It is described as a family-friendly show that has singing, dancing, fireworks and lots of Texas humor! 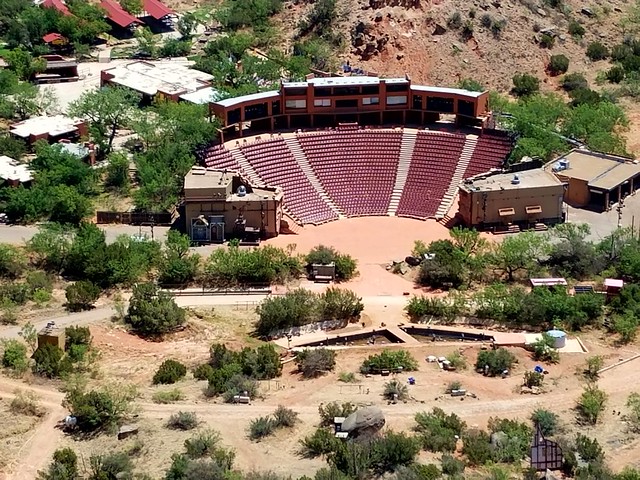 Returning to the Jeep we drove the four mile loop road through the bottom of the canyon, enjoying the beautiful features along the canyon walls. 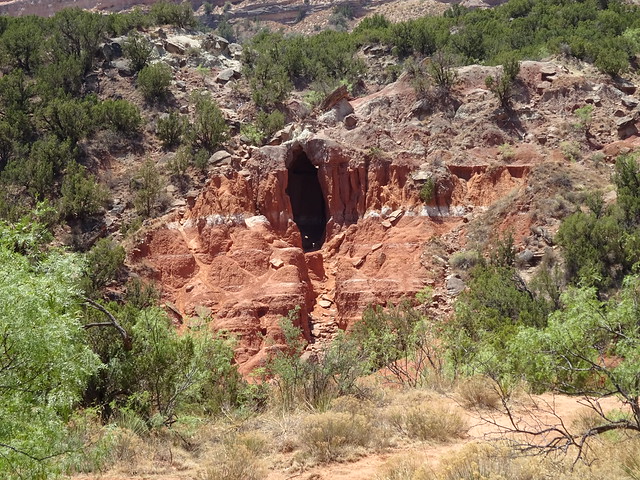 Large opening of a shallow cave 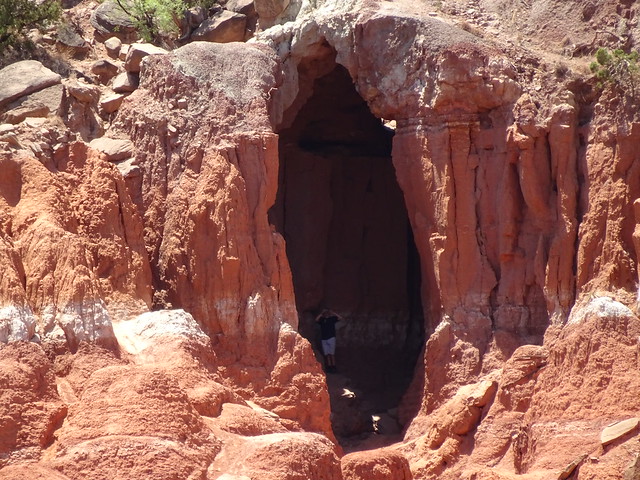 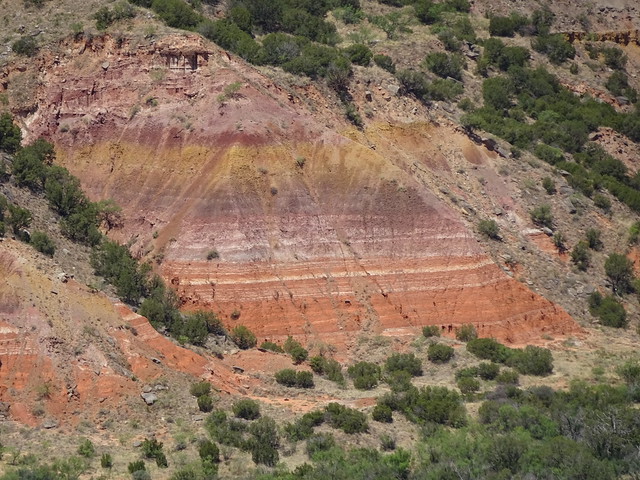 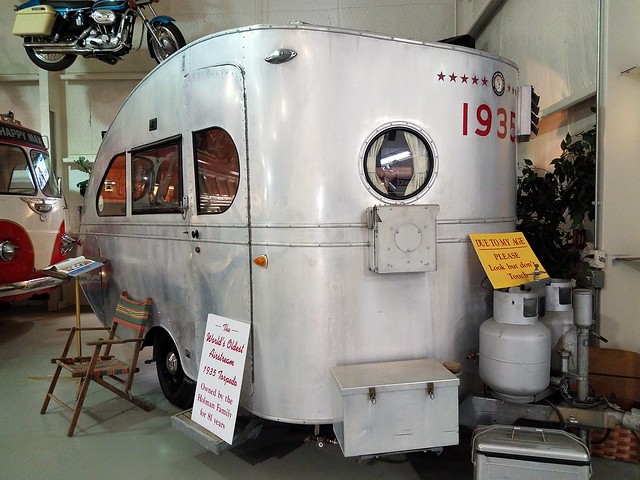 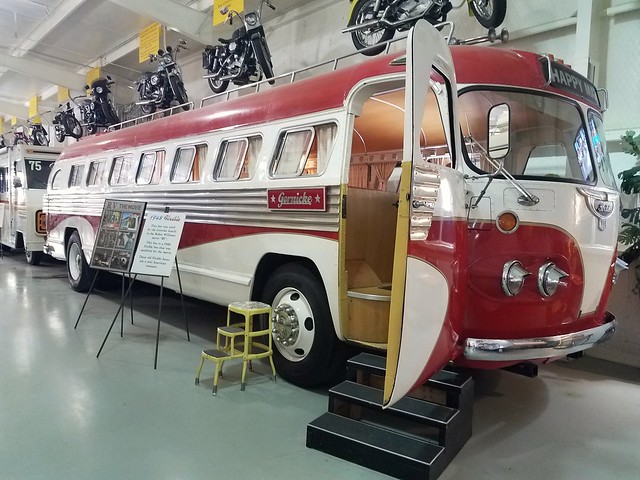 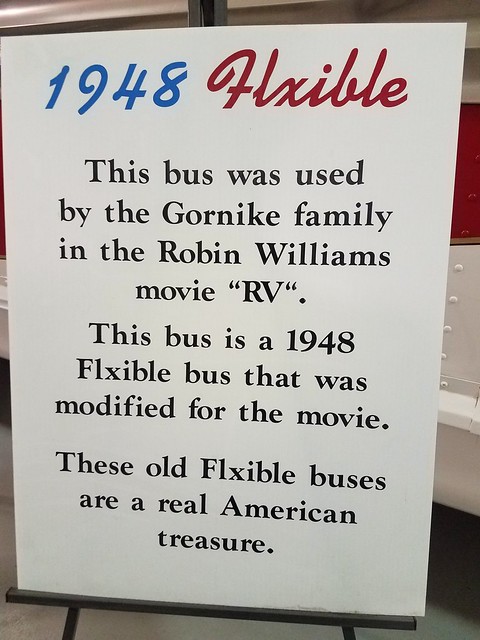 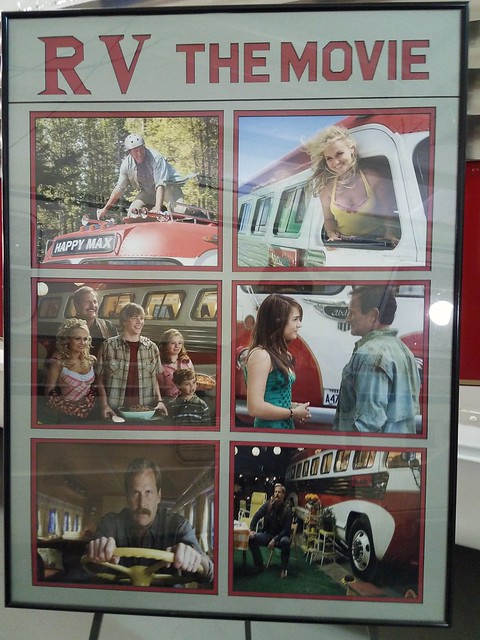 One of the displays was a Starcraft pop-up camper similar to the one we owned in the mid-1980s. 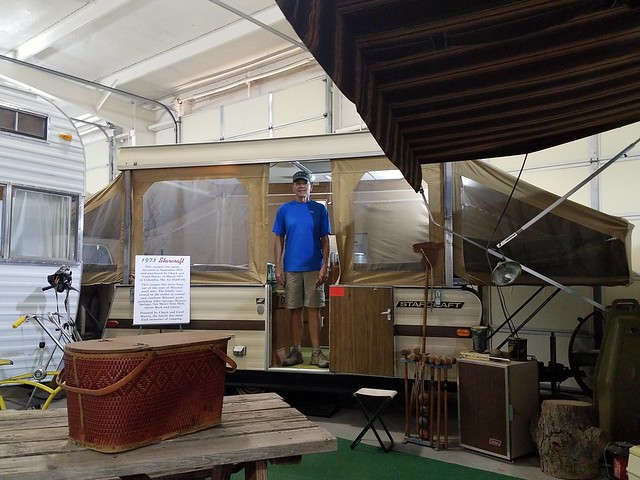 After a long day of touring we needed a good meal, so we stopped at the Big Texas Steak Ranch for dinner. 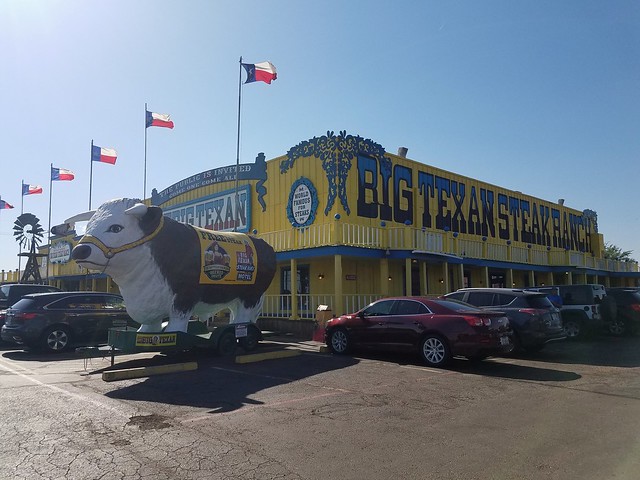 The Big Texas Steak House is known for the 72 Oz. Steak Challenge.  Take the challenge and you pay $72 for a 72 oz. steak, shrimp cocktail, baked potato, salad, with roll and butter.  Finish your meal completely within one hour and your money will be refunded.  Contestants sit at a raised table with a digital clock behind them.  During our visit one young man began the challenge.  We didn’t hang around long enough to see if he survived. 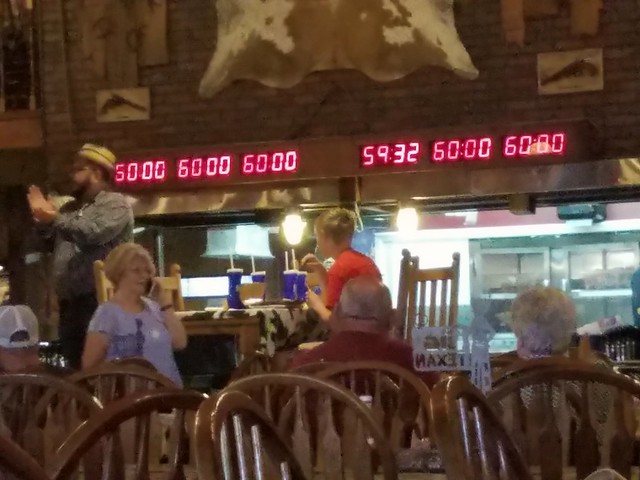 The next day we continued our journey eastward with stops in Wichita Falls and Texarkana in Texas.  We’re now in Vicksburg, MS to tour the site of a famous battle and siege during the Civil War.