During our week stay in Bluff we re-visited some places we had been on previous visits and found some new places to explore.  Steve and MonaLiza arrived here mid-week and joined us on a visit to San Juan Hill, a spot famous in Mormon history where a group of pioneers took their wagons up and over a steep rocky outcropping on their way to settling Bluff.  Dave and Sue followed in their Jeep, along with a very excited Lewis.

To get to the site we drove seven miles to the south on Rte. 163.  At the bottom of a cut through Comb Ridge, we left the highway and drove about four miles east on a dusty, one lane, dirt road.  The road has many areas of deep sand that required the use of four wheel drive.  In other areas the path was very rocky  requiring a high clearance vehicle. 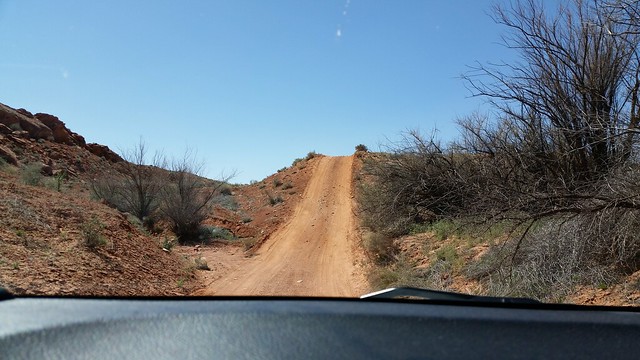 After a bumpy, dusty four miles we came to our destination.  The pioneers who made the almost impossible climb up this hill named it San Juan Hill.  Looking at the photo below, the pioneers drove their wagons on to the rocks right where the sign is today.  They first moved up the rocks to the left, then turned right and went diagonally up to the arrow.  You can just see a faint line of the trail they hand dug into the hillside. 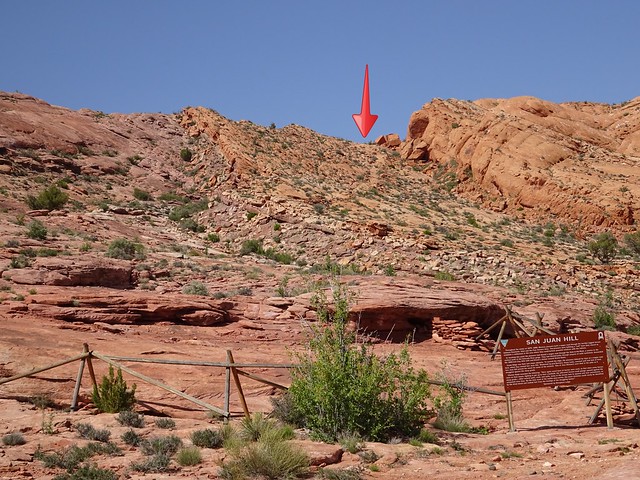 Up close it is difficult to see the path up the rocks.  But from a distance you can see the route much more clearly. 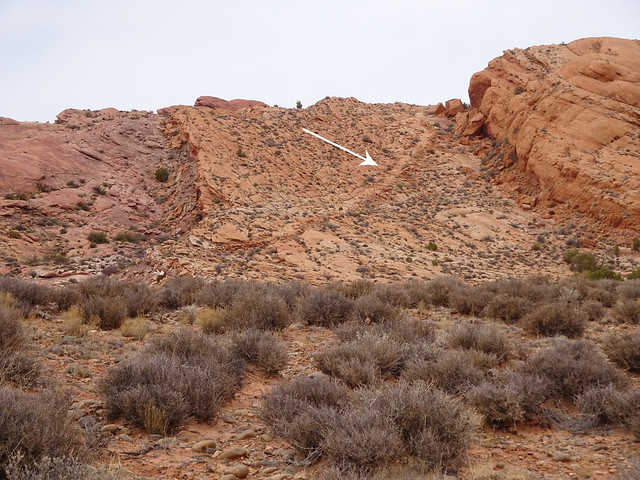 In parts of the hill you can see ruts in the rocks made by wagon wheels as the pioneers made the steep ascent. 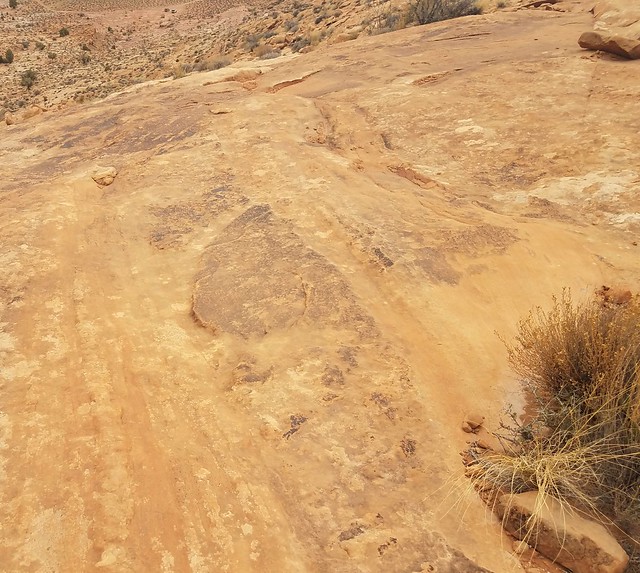 As the group slowly and painfully approached the top of the hill someone etched their relief in the rock wall. 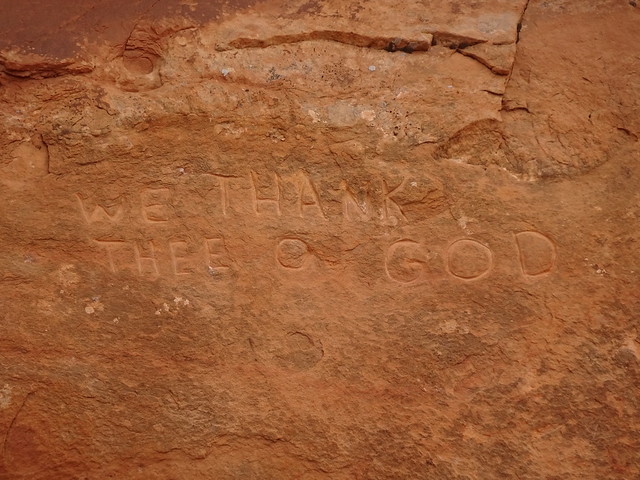 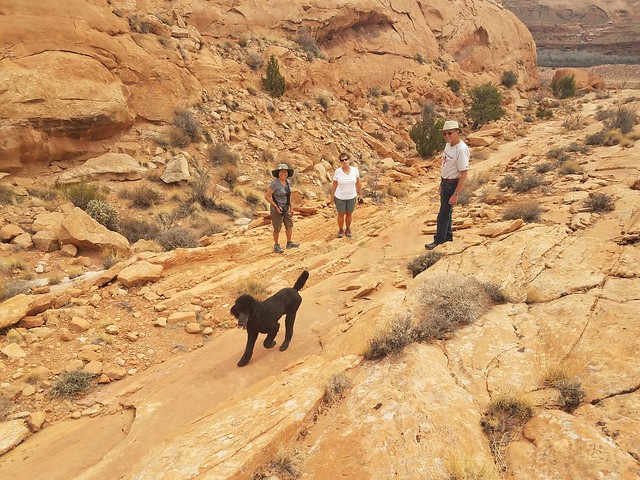 Lewis keeps the group together during the climb

Once back at the Jeeps we continued on the dirt road another mile or so for a visit to the River House Ruins.  The stone dwellings were occupied by Ancestral Puebloans between 900 and the late 1200s. 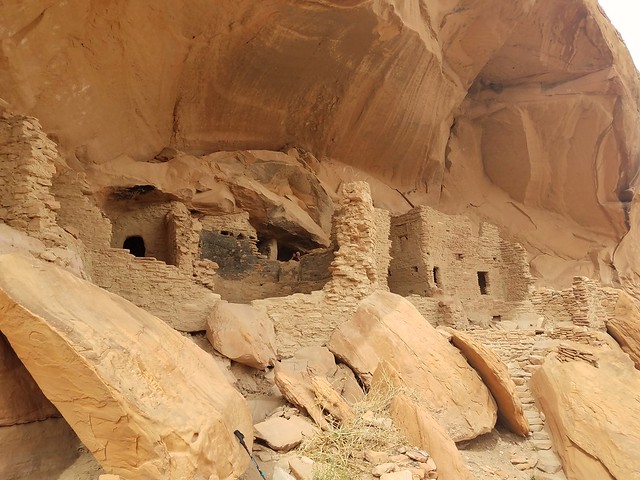 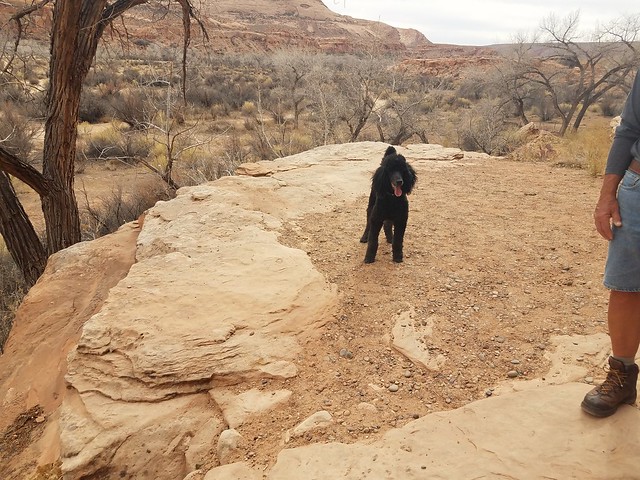 We have more adventures to report from Bluff, but they will have to wait for another blog.