Hiking up by the Cat Mountains – Tucson Mountain Park

Tucson Mountain Park is a county park located just west of the city of Tucson.  Filled with a number of sharp peaks, the park has a web of hiking and biking trails.  We’ve hiked in the park many times, but recent research by the nimble hiker revealed a trail not shown on maps of the park.  It is referred to as the “Cat Mountain Loop on John Krein Trail.”   To get to the trailhead we headed west on Ajo Way but soon ran into a problem.  The annual Tucson Rodeo is held just a few miles west of our RV park and the day of our hike was the day of the annual rodeo parade.  We left soon after the parade was scheduled to end but got caught in the traffic jam created by spectators.  As we sat in traffic, a few of the parade participants cut through the street right in front of us. 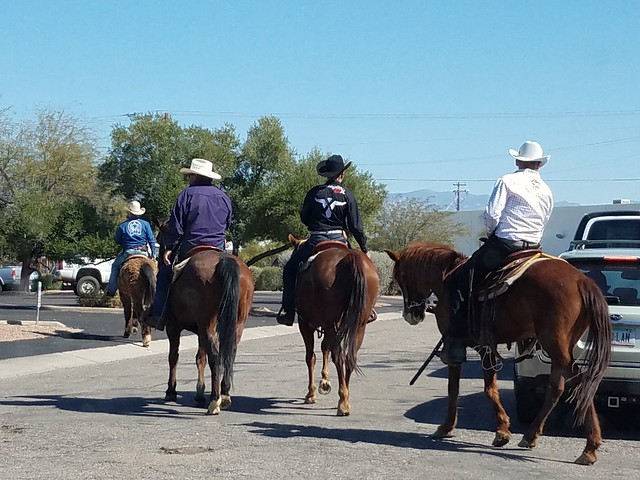 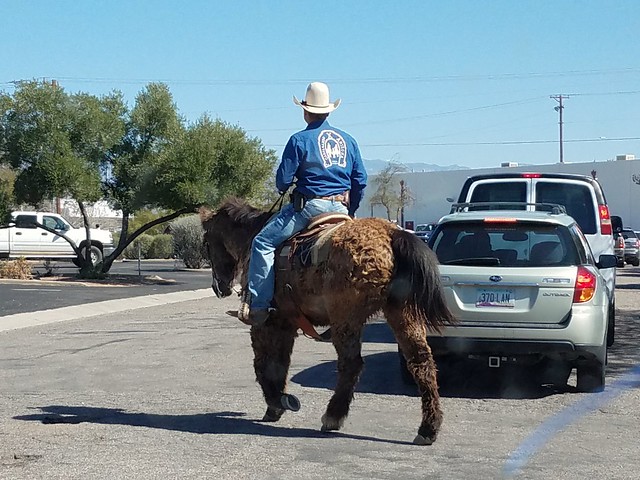 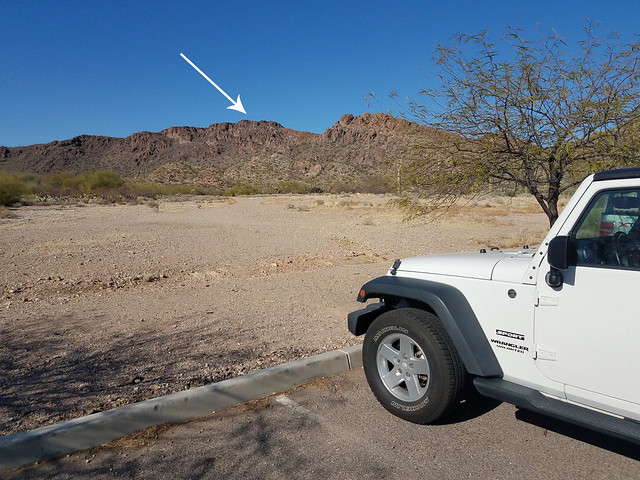 The arrow points to our lunch destination

The Starr Pass Trail goes right in front of the parking area.  We got on the trail and headed south.  The trail soon turns to the east and heads between two small mountains through Starr Pass. 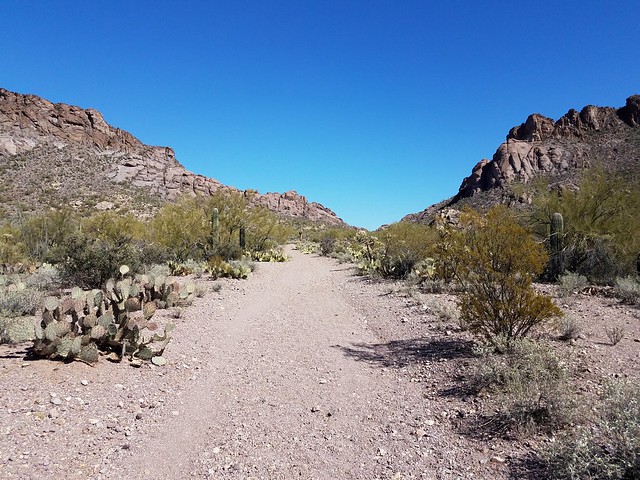 Heading to the Starr Pass 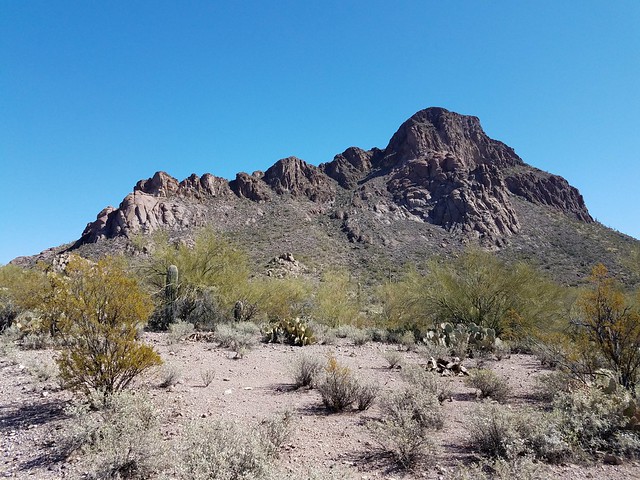 Big Cat Mountain is on the south side of Starr Pass 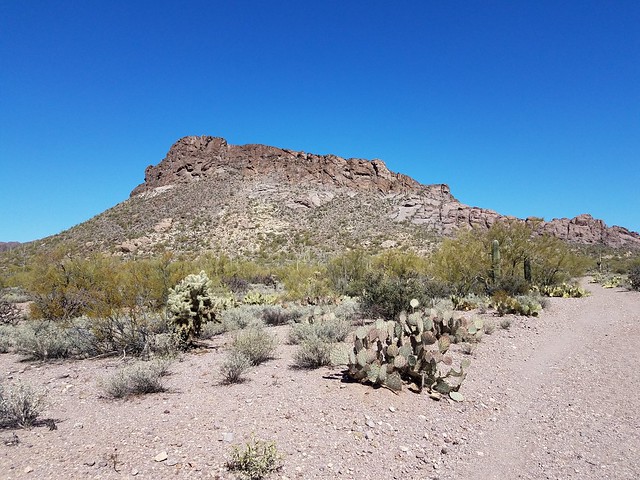 Little Cat Mountain is on the north 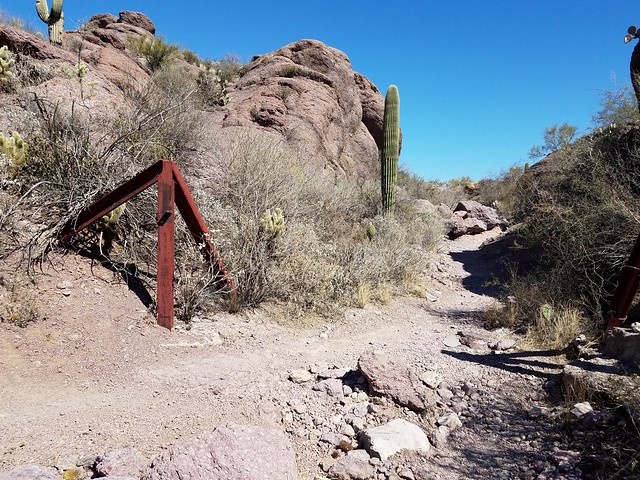 Once through the pass we turned north (our left) on to an unmarked trail and began climbing up. 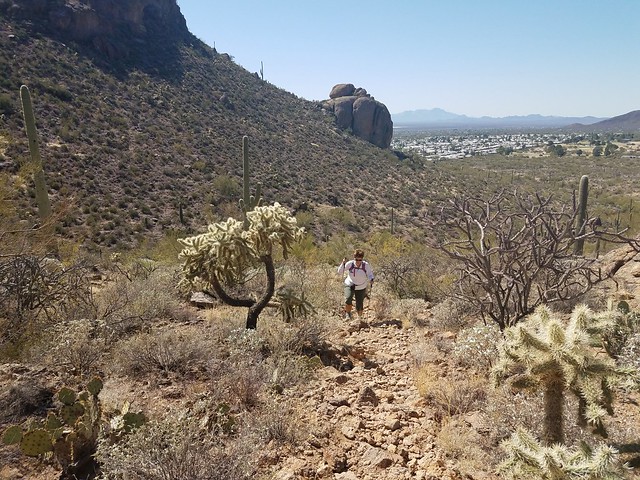 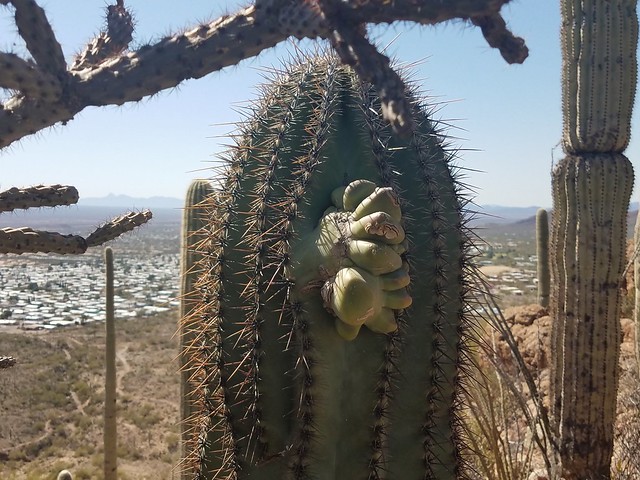 Strange growth on a Saguaro 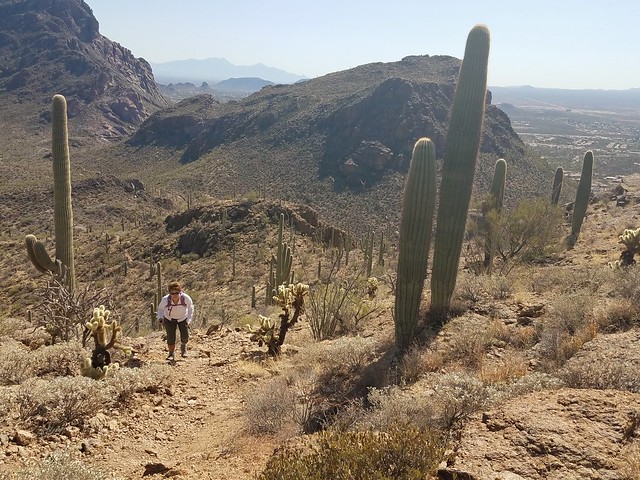 Steep climb with the Cat Mountains behind us 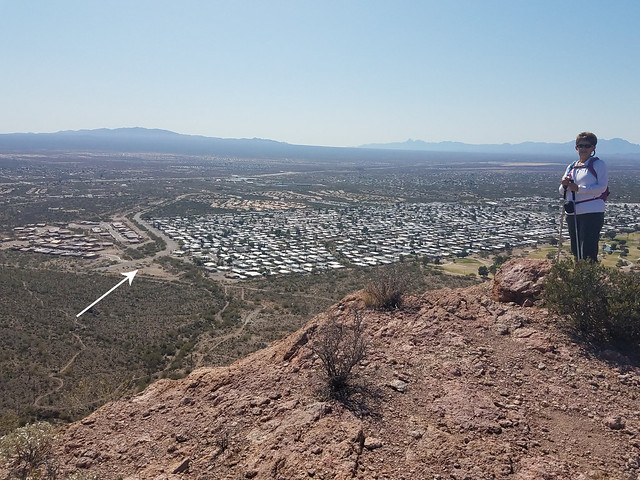 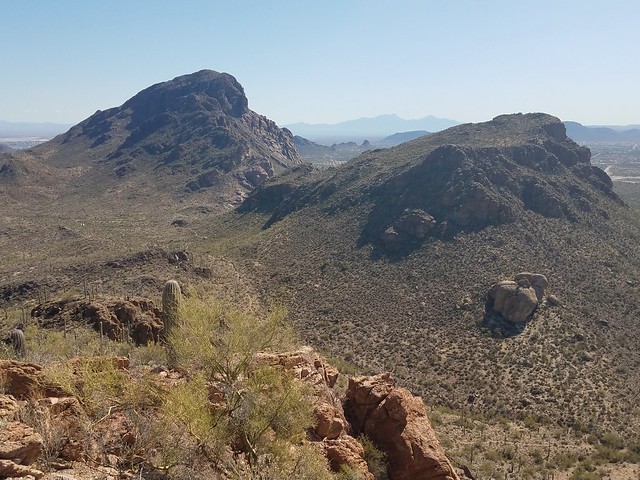 At the highest point on the trail there is a spot with a 360 view of our surroundings.  At that spot there is a metal ammo box covered with rocks.  It contains a notebook for hikers to sign, as well as a number of cards recognizing a local hiker who passed away last year. 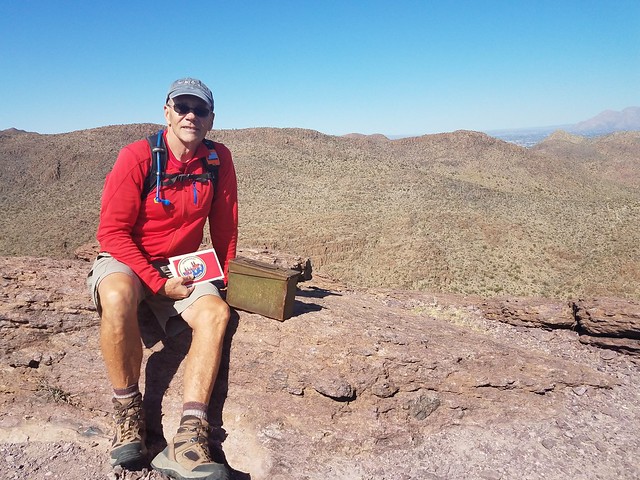 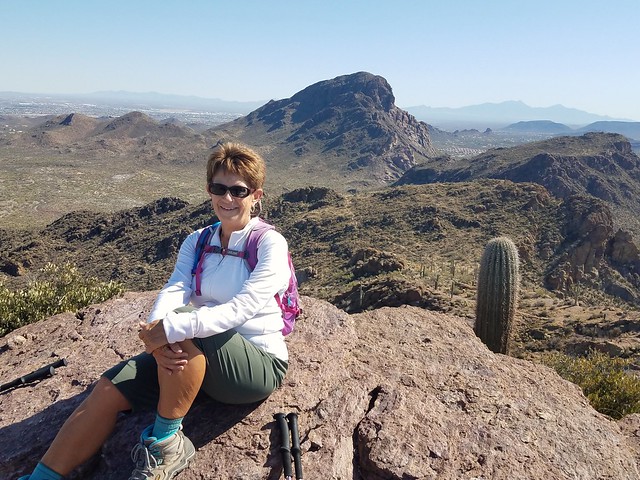 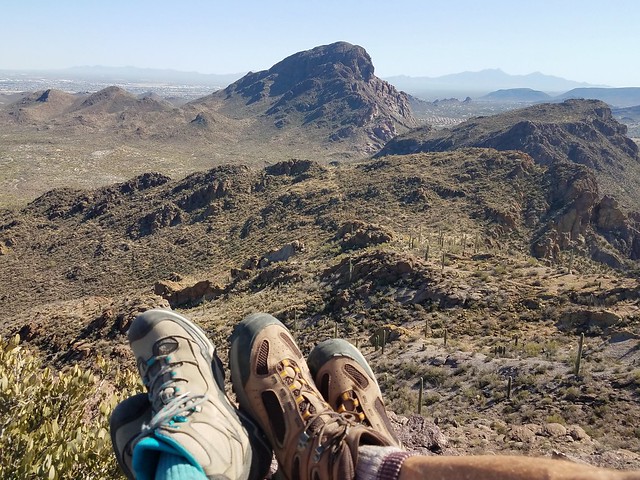 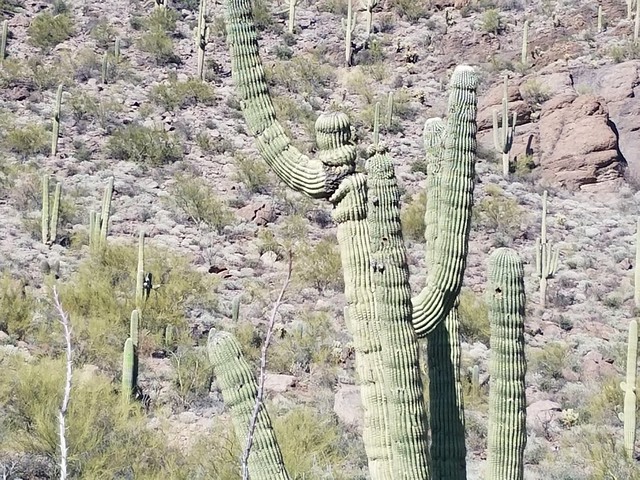 Saguaros sure can be strange!

After hiking back down to parking area we stopped to check out a Crested Saguaro we have seen during hikes in previous years.  It still appears to be very healthy. 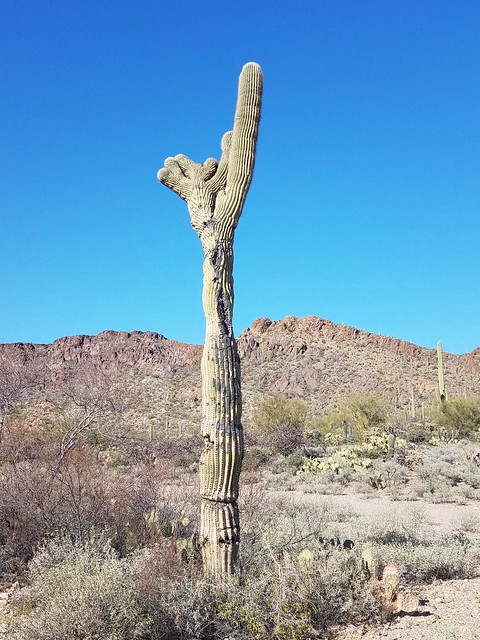 We found this hike to be one of our favorites in Tucson Mountain Park with lots of great climbing and a total distance of 5.5 miles.  The trail is not listed on the park map but it is on Google Maps.  There is good phone service in the area so it is easy to follow the trail with a smart phone.