Early this week we left Forks and headed south on winding, two lane US 101 for a 200 mile drive to Long Beach, WA.  The route provides some beautiful scenery as it moves from the coastline to inland forests and back again. 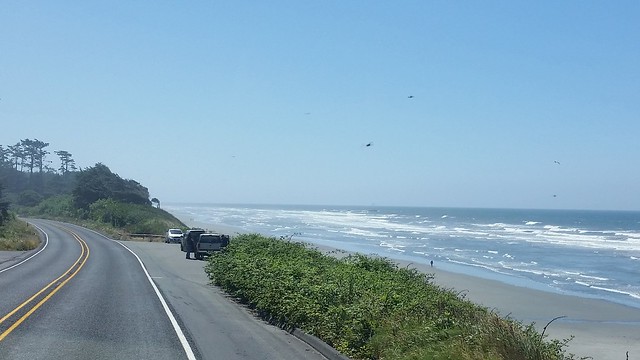 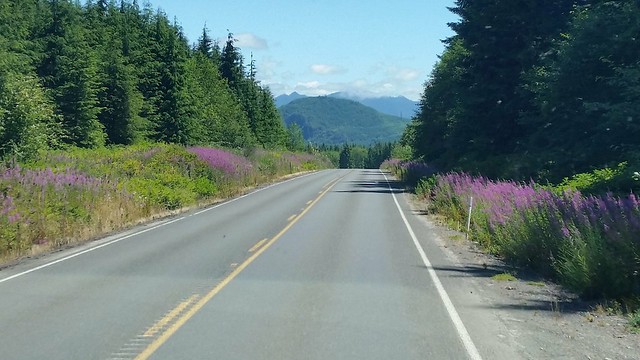 Long Beach Peninsula is on the north side of the mouth of the Columbia River.  The peninsula is known for its continuous sand beaches on the Pacific Ocean, 28 miles in extent, claimed to be the longest beach in the U.S.  There are a number of small communities on the peninsula, the largest being the town of Long Beach (pop. 1,394).  We are staying at Anderson RV Park, north of Long Beach and just across a sand dune from the ocean. 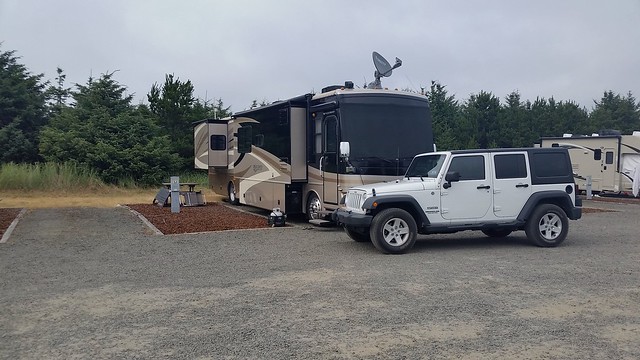 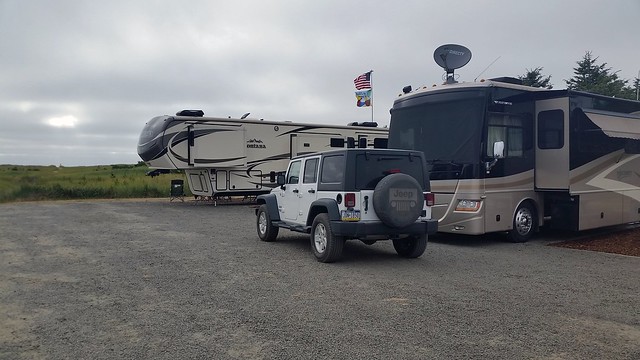 The beach is just over that dune 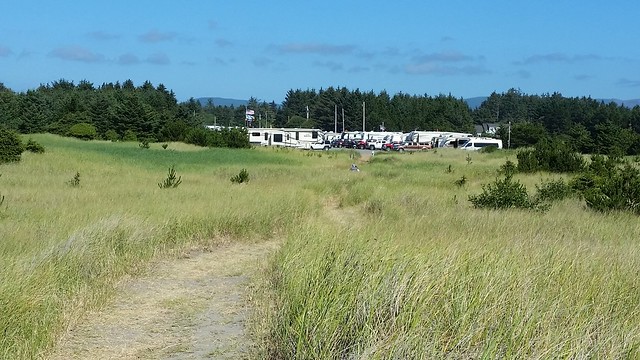 Looking back at the park from the middle of the dune 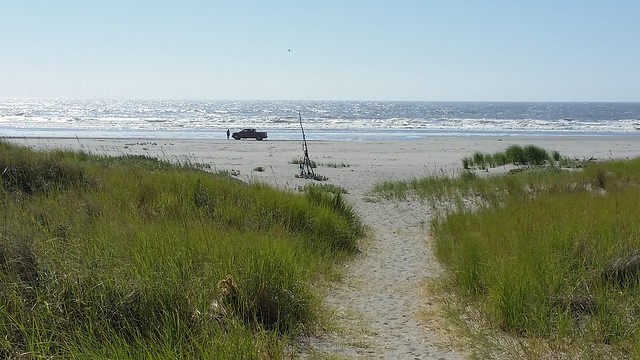 The view west from the middle of the dune

The Discovery Trail is a biking/walking paved trail that runs from just north of Long Beach (26th street) south along the sand dunes to Cape Disappointment State Park at the end of the peninsula (about 7.5 miles).   We parked the Jeep in the Breakers Motel lot (an area designated for trail riders) and road our bikes down to the park entrance. 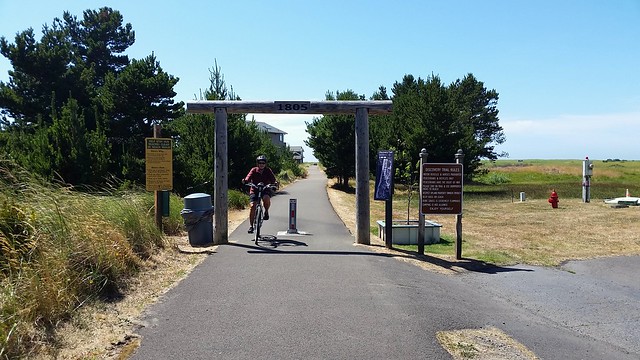 26th Street entrance to the trail

The trail twists and turns as it goes through the grasses along the dunes, with some nice ocean views along the way. 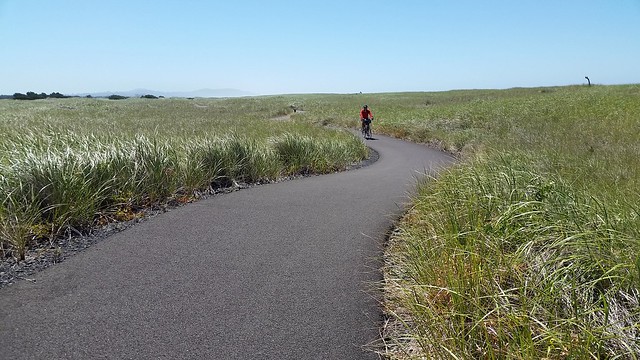 At one point along the trail there is a marker commemorating a visit by William Clark and a group from the Lewis and Clark Corps of Discovery Expedition.  Clark and the small group first saw the Pacific Ocean from this area in November of 1805. 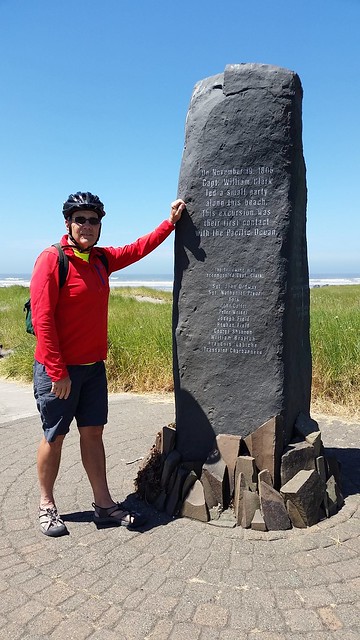 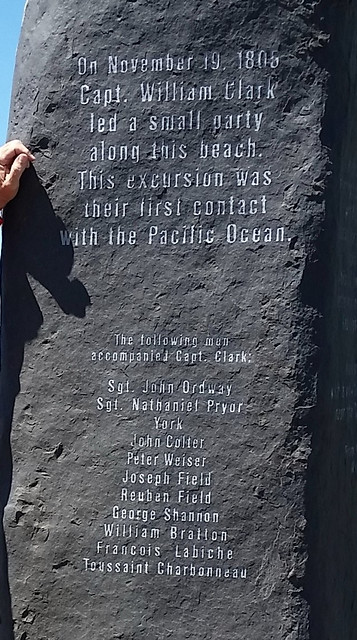 On the back of the stone marker is an inscription quoting Clark telling about an encounter with a Sturgeon along the beach. 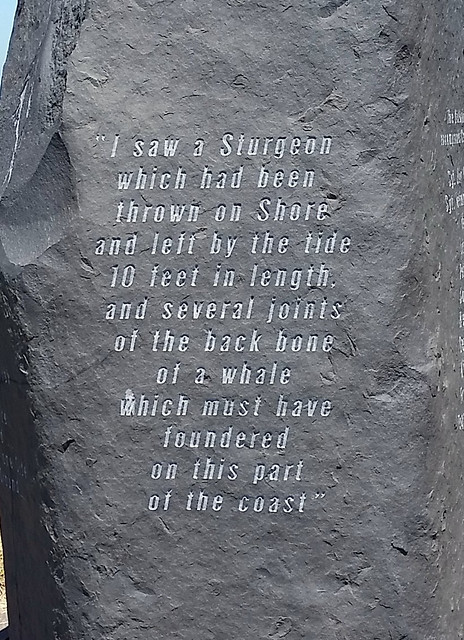 John’s mother’s maiden name was Sturgeon so he had to share that information with Lt. Clark, who was standing next to the Sturgeon near the marker.  Clark did not appear to be impressed by this information. 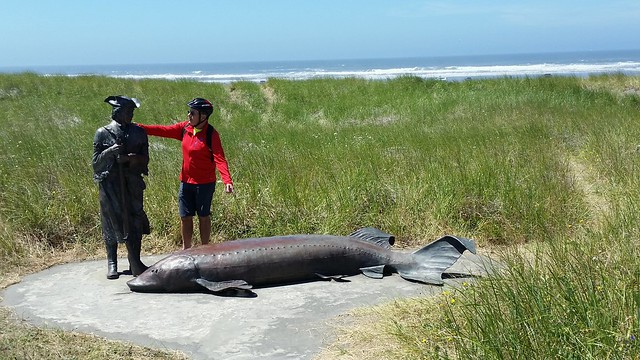 Various other sculptors and carvings are placed along the trail. 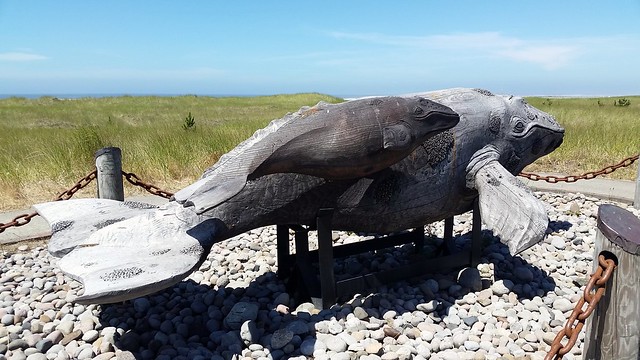 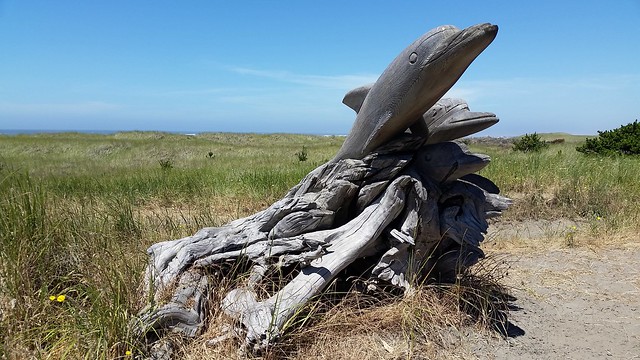 The wind seems to blow constantly around here and it was at our back on the way south, making for a very pleasant ride.  But the return trip?  Not so nice!

We returned to the Jeep, put the bikes away, and headed into Long Beach to do the “drive on the beach” thing. 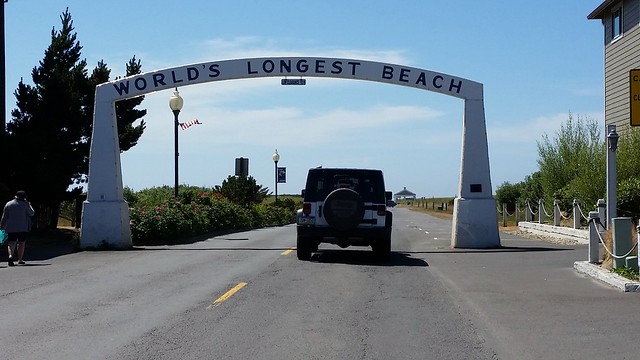 The tide was coming in so there was not a very large area of packed sand, but we did enjoy the experience. 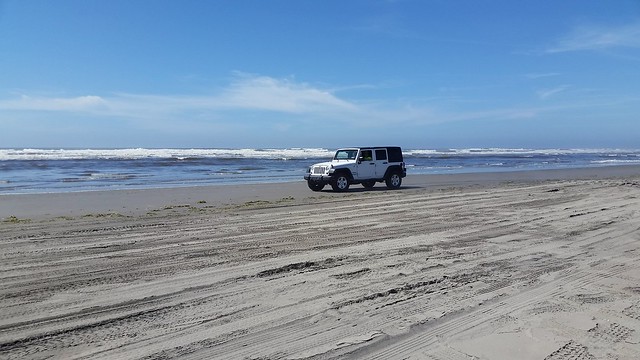 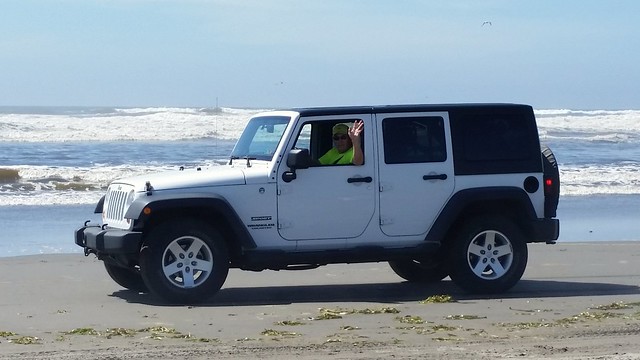 As we headed off the beach on the hard packed road we encountered one poor guy who turned off the road a little to soon.  He was trying to push the car forward on to the packed sand while his very unhappy wife drove.  The two little children in the back seat (ages 2 yrs. and 4 mo.) were no help at all. 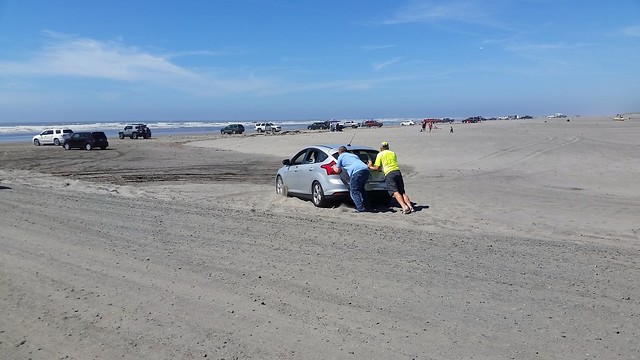 John stopped to help and, after cleaning a path ahead of the front wheels, they were able to get the family to safety. 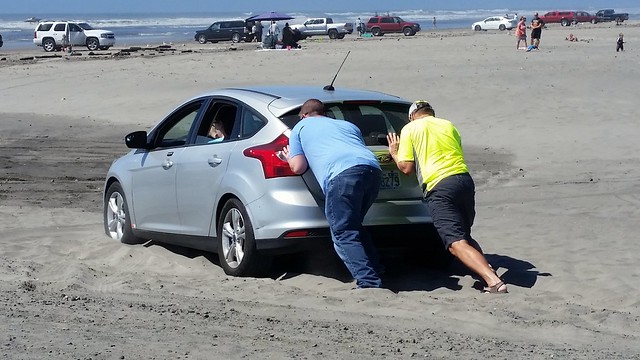 Tomorrow we’ll head across the Columbia River to visit the town of Astoria.  More on that later. . . 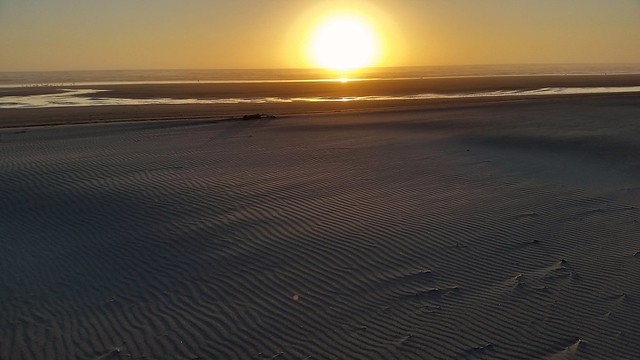