North to the Olympic Peninsula

After a windy couple of days along the Columbia River Gorge, we headed west on I-84 and turned north on I-5 near Portland.  An uneventful drive of 200 miles put us 10 miles northwest of Olympia, WA in a small RV park attached to the Little Creek Casino. 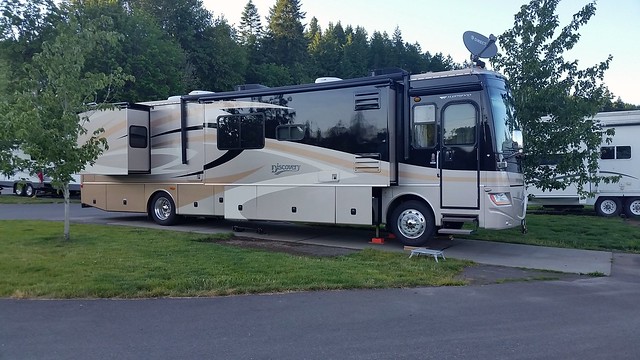 The park has about 45 paved sites of varying lengths.  Our site was just long enough for our motorhome with no space left for the Jeep (we parked it in the nearby casino parking lot).  The short length of the site didn’t bother us much, but we did have a problem with the site being very unlevel.  We had to put two pieces of wood under each front tire to keep them on the ground.  The sites here are of various length with many as short as 30 feet and some over 60 feet (see the photo below). 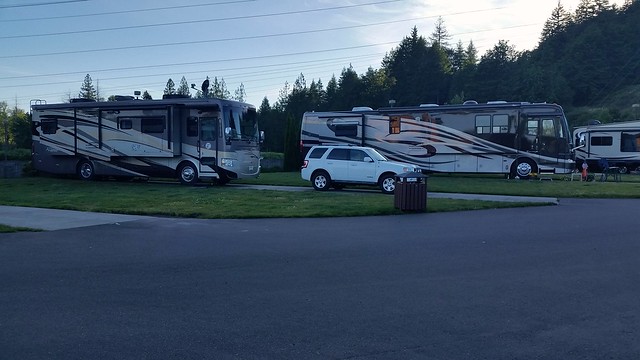 The weather was a bit dismal during our stay, but we did have a chance to drive into Olympia to visit the state capitol building.  It may be a bit difficult to keep a building like this clean in the wet climate of the area, but the dark areas sure give the capitol a distinct Gothic look. 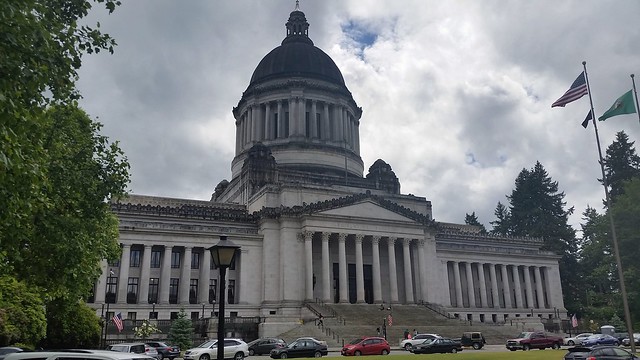 The capitol building was constructed in the 1920s and a picture hanging in one of the hallways shows how it looked when it opened in the early 1930s. 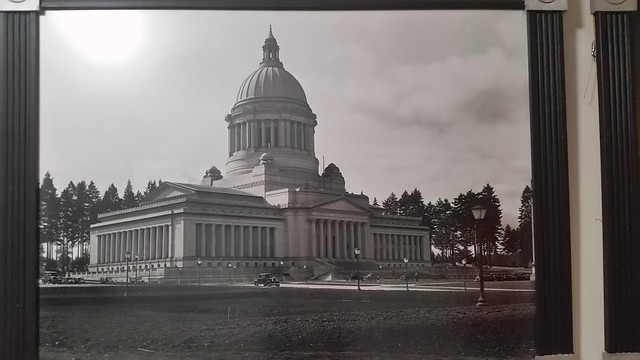 Free tours of the building are offered on the hour during normal business hours.  One was just beginning as we entered the building so we quickly caught up with it.  The bicameral legislature was not in session that day so we were able to visit both chambers. 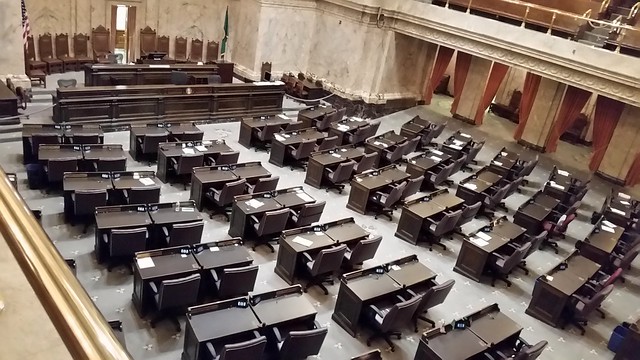 A 10,000 lb chandelier hangs in the rotunda suspended 50 feet above the floor by a 101 feet  chain.  It is 25 feet tall and could fit a full-size Volkswagen Beetle if put in sideways. 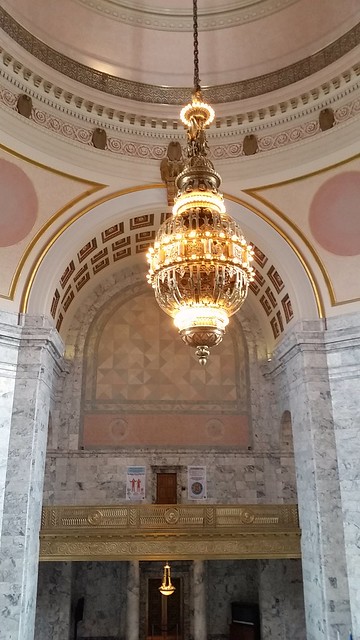 Across from the capitol building sits another imposing building, the Washington State Supreme Court building. 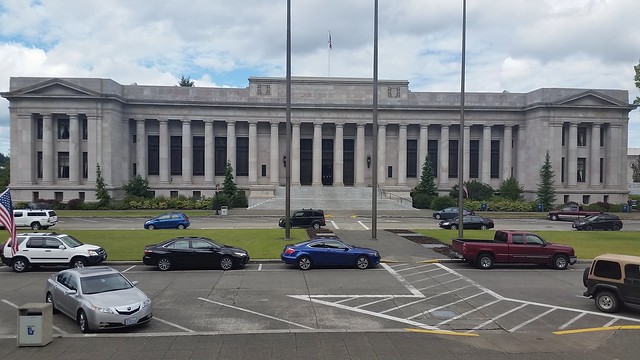 The capitol complex sits on a hill that overlooks Capitol Lake and West Bay to the north. 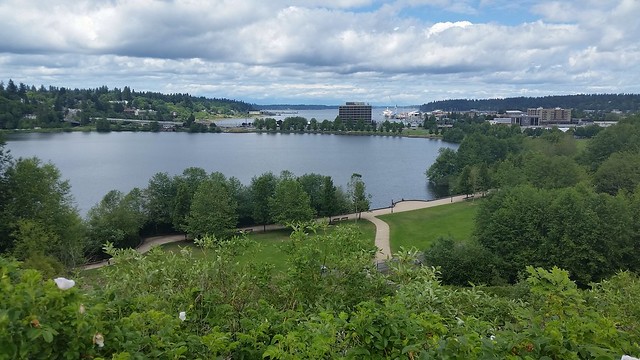 After three nights in Little Creek we continued our journey north on Rte. 101.  The two lane highway ran for a number of miles right along the Hood Canal.  Interestingly, Hood Canal isn’t a canal, it is a natural waterway.  Hood Canal was named by the British Navy Captain George Vancouver in 1792 in honor of Admiral Lord Samuel Hood.  Vancouver used the name “Hood’s Channel” in his journal but wrote “Hood’s Canal” on his charts.  The U.S. Board on Geographic Names (there actually is such an organization) decided on “Hood Canal” as its official name in 1932. 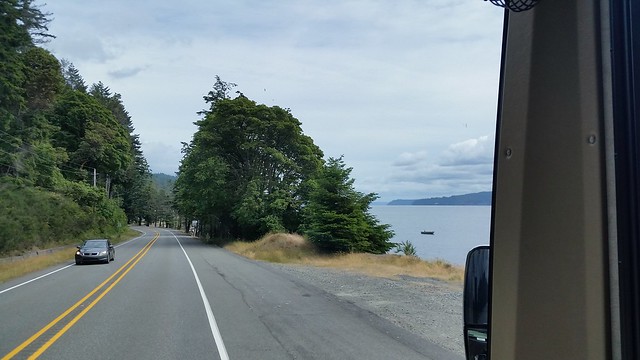 The road wound its way along the shoreline before heading inland to go around Mt. Walker.  It crossed a couple of old bridges that were a bit narrow for those traveling in a large vehicle.  Fortunately, there was little traffic during our trip. 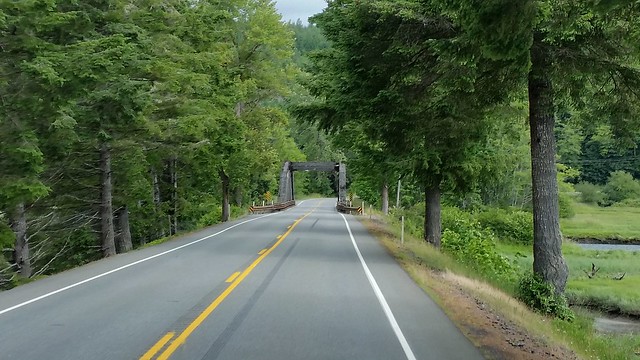 After about a hundred miles we came to the largest city on the Olympic Peninsula, Port Angeles. 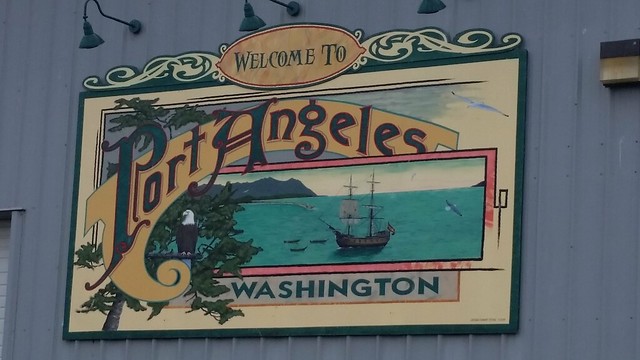 As we drove through town  we could just see a bit of the Olympic Mountains peaking out of the clouds to the south.  Hopefully we’ll experience a clear day during our month-long stay and get a good view of the snow covered peaks. 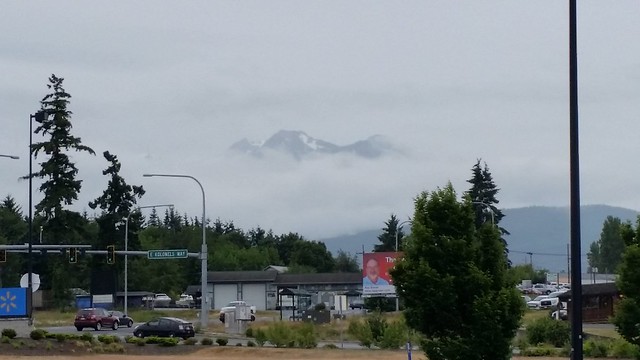 We drove about ten miles west of Port Angeles and settled in to our home for the next two weeks at Elwha Dam RV Park.  We could only get a spot here for two weeks, so for the second half of our stay in Port Angeles we’ll move across town to the KOA. 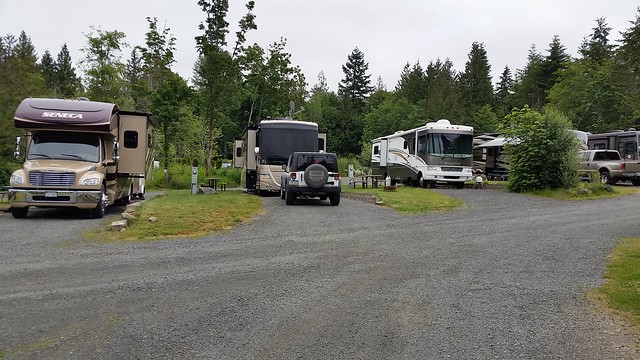 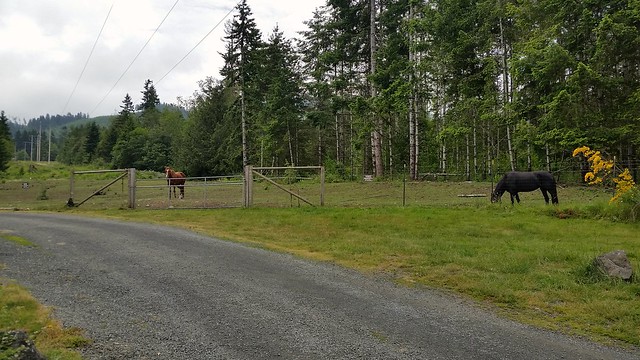 We haven’t seen friends Laurel and Eric (Raven and Chickadee) in a long time so we were pleased to find that they would be staying nearby as they make their way to a summer stay on nearby Lopez Island.  They are staying at a nice little county park, Salt Creek, about ten miles from us right along the Strait of Juan de Fuca.  The day they arrived we drove out at low tide to visit with them and explore some nearby tide pools. 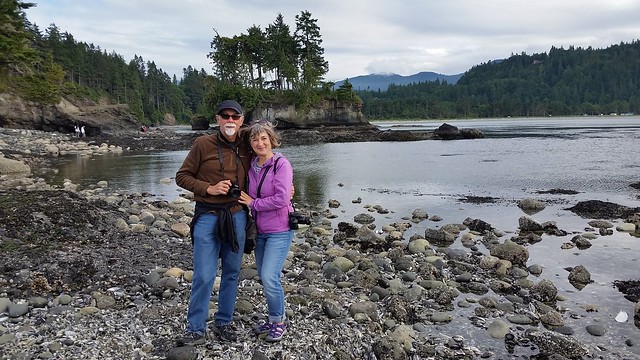 The sea bed in the tide pool area was literally covered with mussel shells. 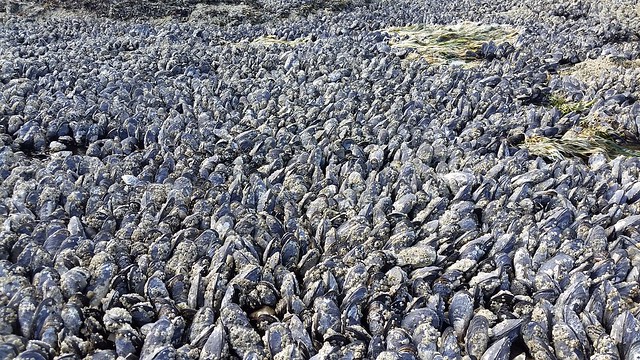 Tucked among the shells were large numbers of anemones waiting for the sea water to return. 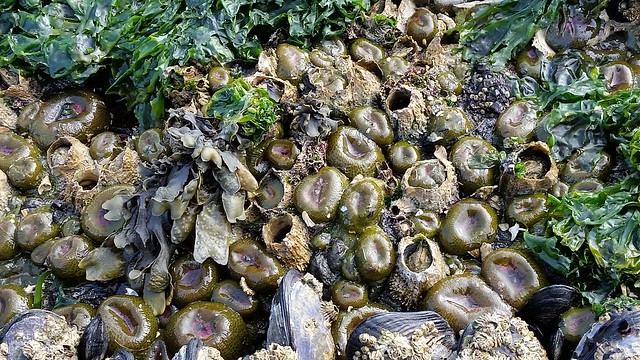 Once the water returns these little creatures open up into a wide variety of colorful forms. 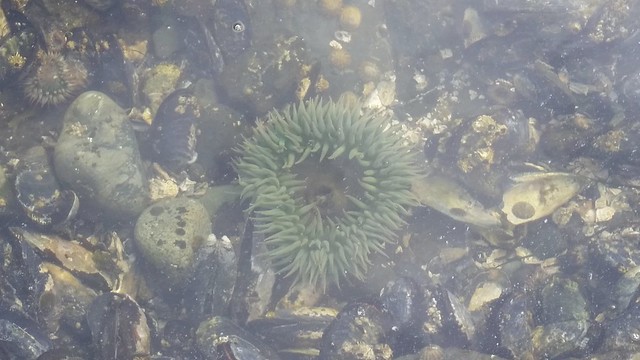 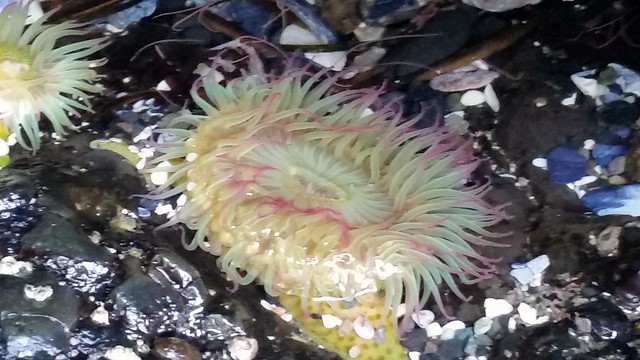 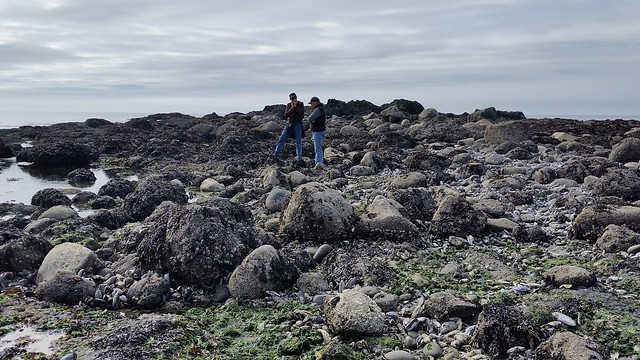 Eric and Laurel will be around for the next six days so we have some hikes planned with them before they head for the island.  More on that later . . .

28 Responses to North to the Olympic Peninsula