Hiking up Black Butte – Bend, OR

Black Butte is an inactive volcano 5.5 miles west of the little town of Sisters, which is 18 miles northwest of Bend. 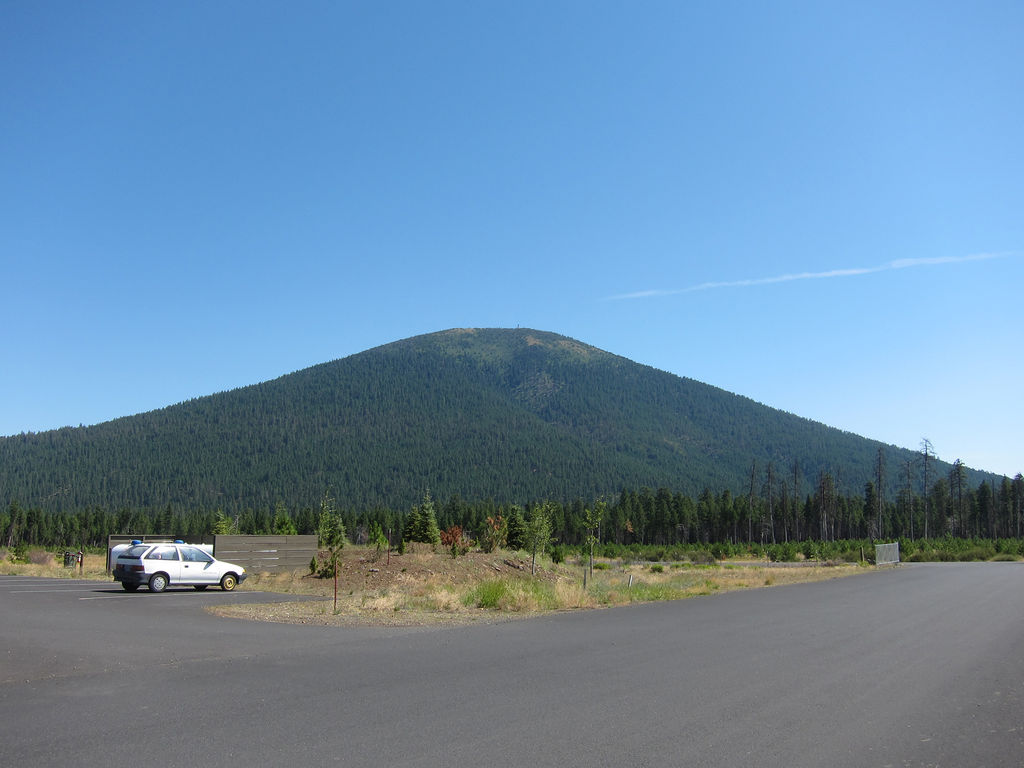 Black Butte looks young, as it is barely eroded.  Mt. Washington, which is visible from the summit of Black Butte, looks much more eroded and older.  But Black Butte is significantly older than Mt. Washington which was eroded by glaciers.  Black Butte is east of the Cascade crest and does not receive enough precipitation to support glaciers, so erosion is minimal. 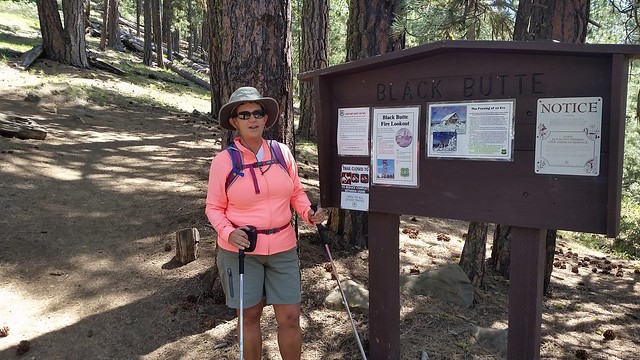 A steep but scenic trail climbs two miles to the panoramic summit, gaining 1,600 feet of elevation.  The trail begins to gain in elevation right from the start and doesn’t level out until you are on the summit. 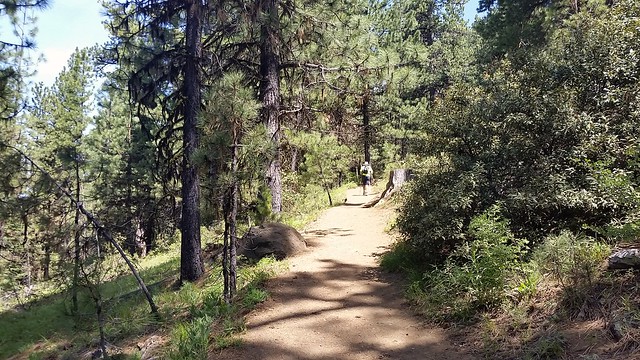 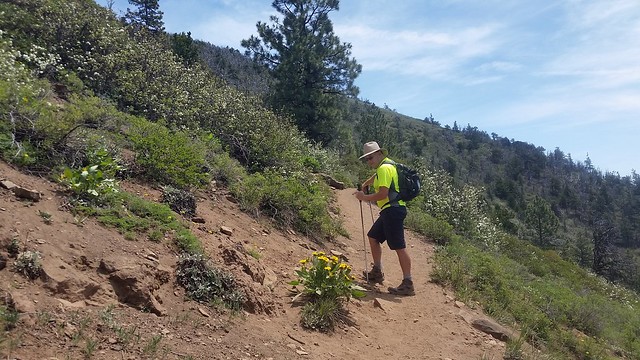 Two of the many balsamroot flowers on the trail 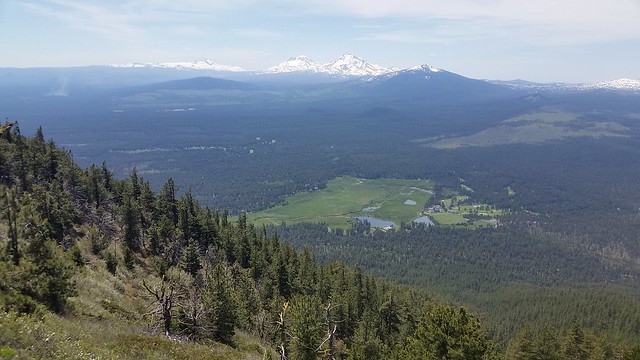 The fire tower on the summit was build in 1995 to replace an older one that collapsed. 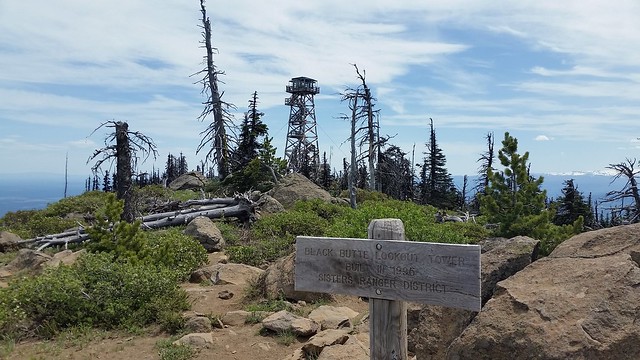 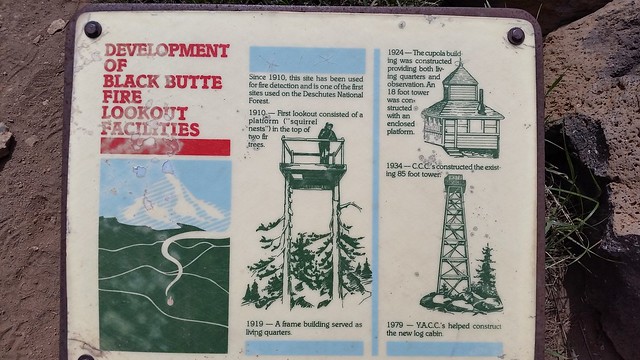 The building in the photo below was constructed in 1924 and served as living quarters and lookout until 1979.  A sign near it states that it will be remodeled in the near future. 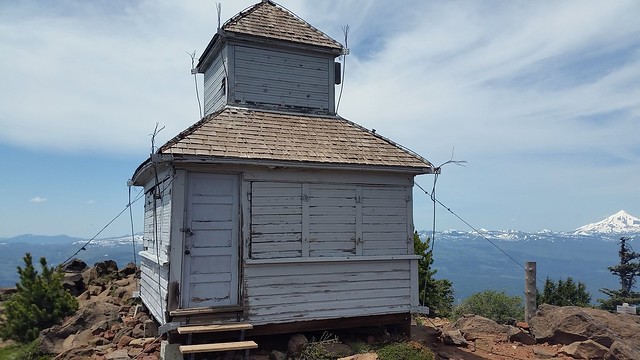 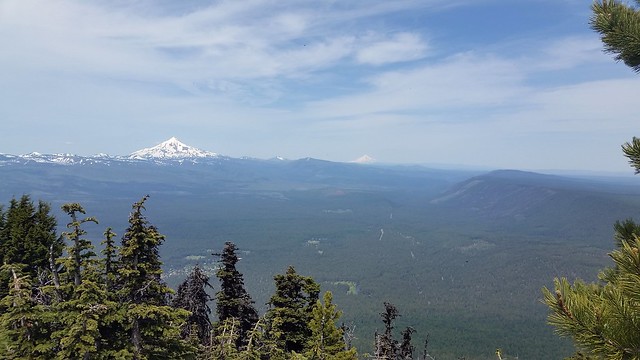 Mt. Jefferson on the left, Mt. Hood in the distance on the right 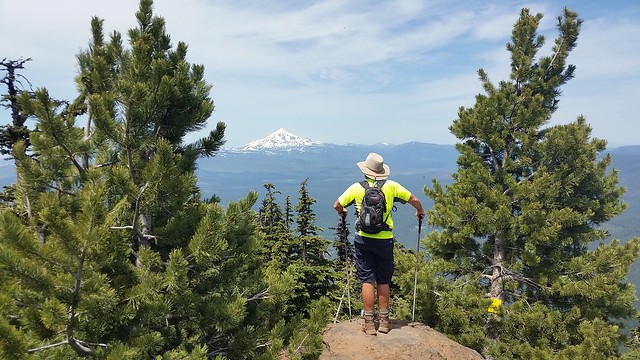 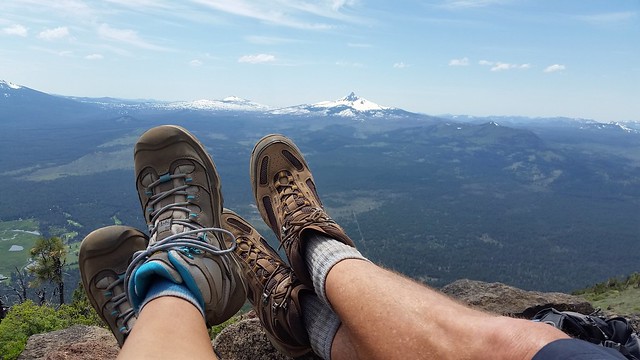 Lunch with a view (Mt. Washington) 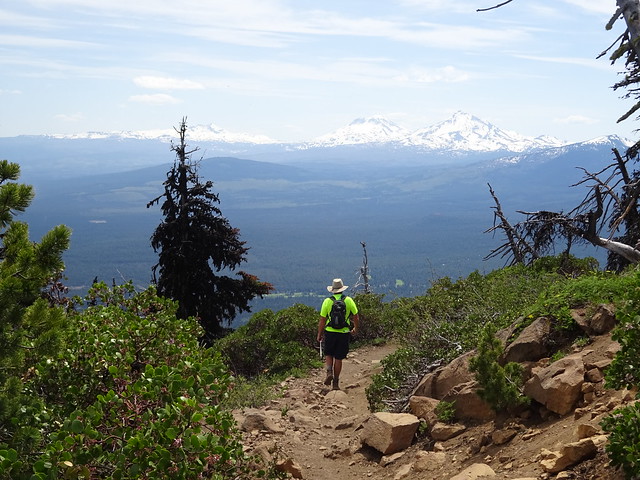 Heading down with Broken Top and the Sisters in the distance 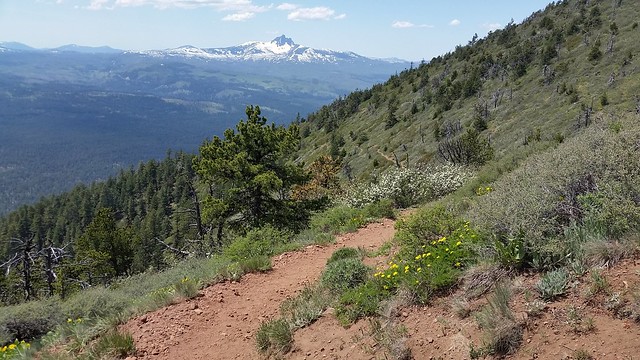 Three Fingered Jack in the distance 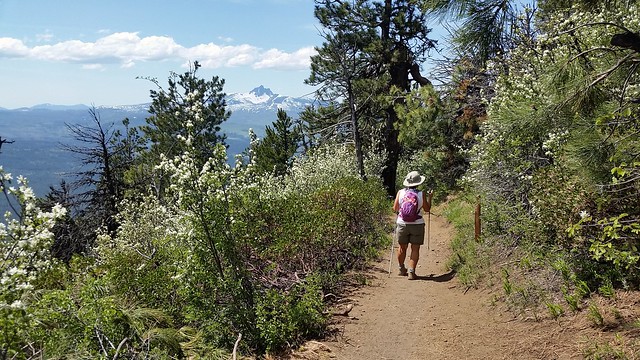 The trail is lined with white serviceberry bushes

The long slog up to the summit was a real leg-burner for us (especially after a 7.5 mile hike the day before).  But the views from the top made it all worthwhile!

12 Responses to Hiking up Black Butte – Bend, OR