After reading Jodee’s post (On the Road Abode) about an interesting spot in the town of John Day, we just had to check it out for ourselves.  The Kam Wah Chung Interpretive Center seemed to be a bit out of place in this small community, especially when we found that no Chinese people live in the town.  In fact, they don’t even have a Chinese restaurant. 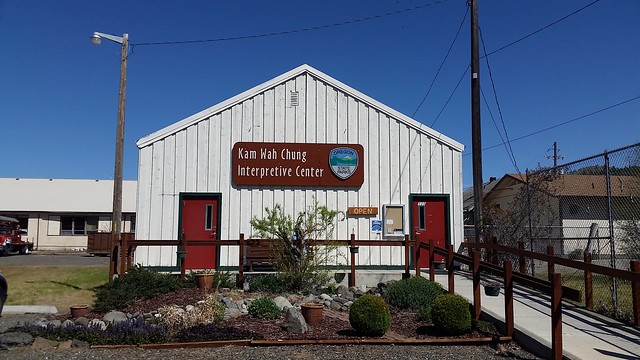 The story begins in the second half of the 1800s when gold was discovered near John Day, bringing Chinese immigrants to the area to work in the mines.  In the mid-1880s John Day was home to nearly 1,000 Chinese immigrants who lived in an area of the town called Tiger Town.  A trading post built in the area in the 1860s was purchased in 1887 by two Chinese immigrants, Lung On and Ing Hay. They converted the trading post into a clinic, general store, and social center for the community.

The two men were very different individuals.  Ing Hay was a quiet man who was a gifted “pulsologist” and herbal healer. 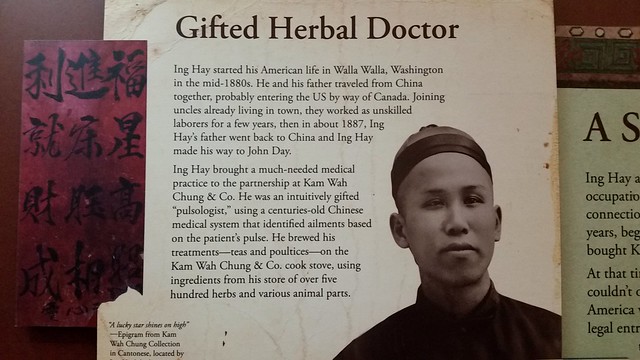 Lung On was an outgoing businessman. 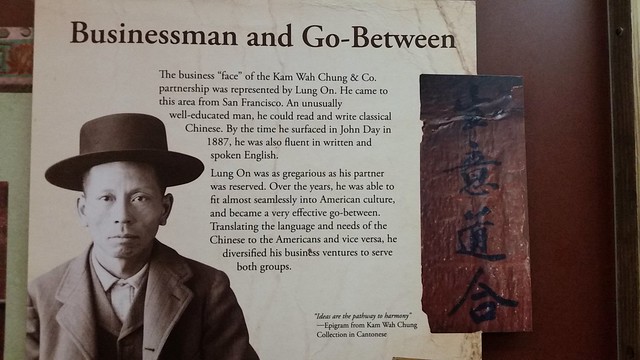 Once the mines closed almost all of the Chinese moved out of the area.  But Lung On and Ing Hay remained in John Day and became well-respected members of the community.  Lung On died in 1940.  When Ing Hay broke his hip in 1948 he was moved to a nursing home in Portland.  He intended to return once healed, so the door of the store was just closed and locked.  Unfortunately, he never recovered sufficiently to return and died in 1952.  Ing Hay asked that the building be deeded to the city of John Day with the provision it be turned into a museum.  His wish, and the ownership of the building, were forgotten until 1967.  While surveying for a new park, the city discovered its ownership of the building and began to restore it as it was in the 1940s.  The inside of the store today is exactly the way it was when Ing had the door locked in 1948. 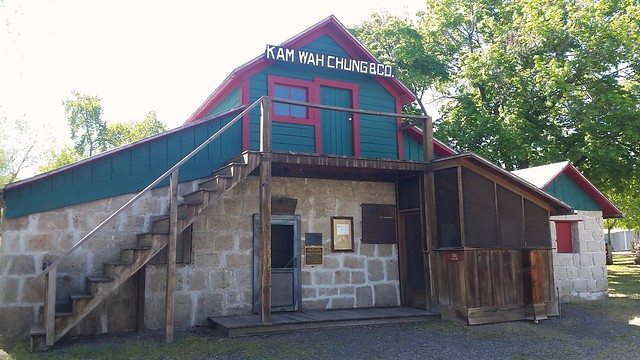 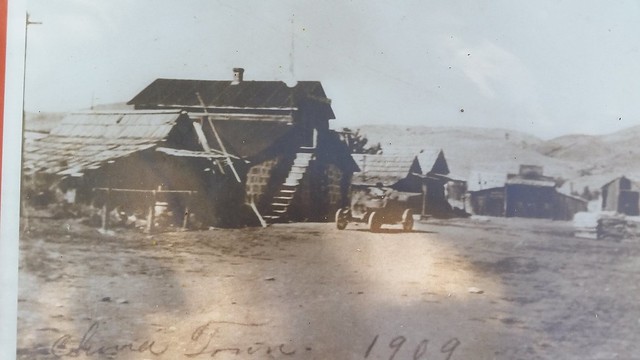 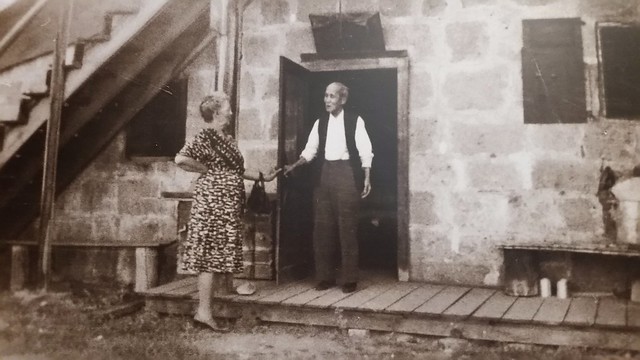 “Doc” Hay in his later days

A visit to Kam Wah Chung begins in the Interpretive Center,  a room filled with displays and two videos about life in the Chinese community in John Day.  In the Interpretive Center we signed up for a free tour of the nearby store.  A volunteer guide lead us (and one other person) the short distance down the road to the store where she unlocked the door and escorted us inside.  There she shared information about each area of the building.  She had some very fascinating stories. 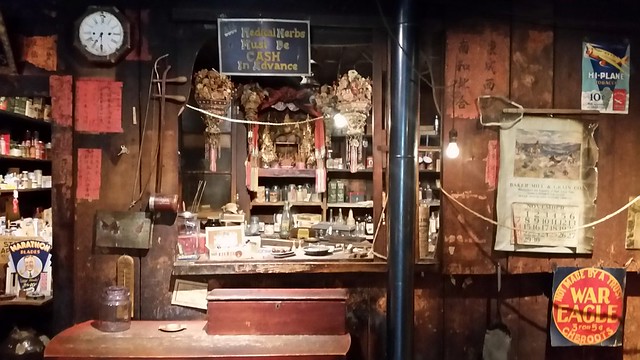 The “general store” area just inside the entrance door 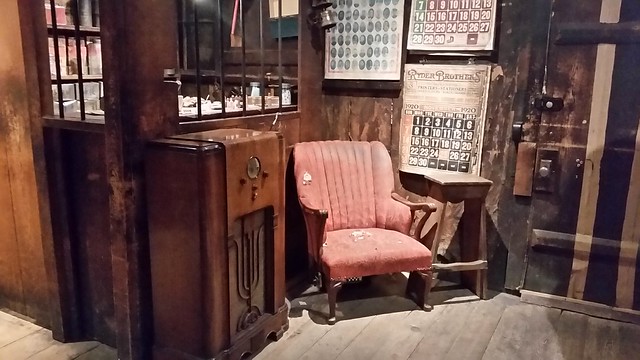 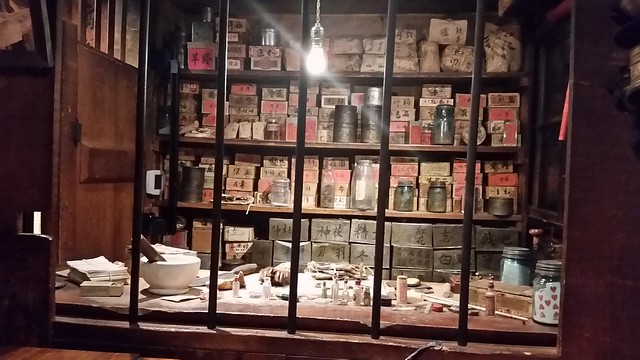 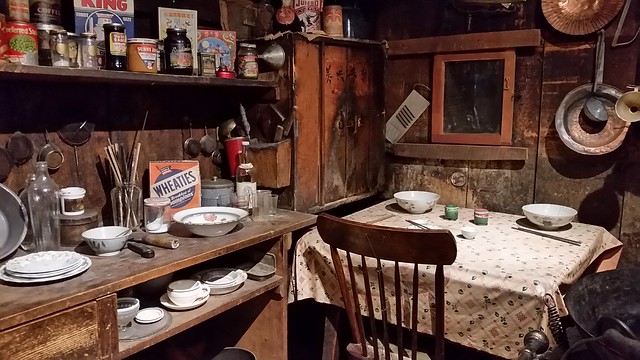 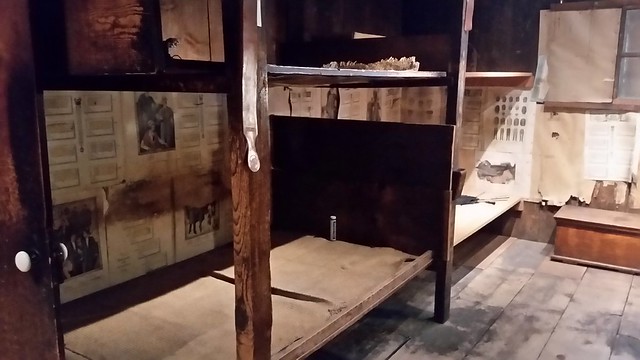 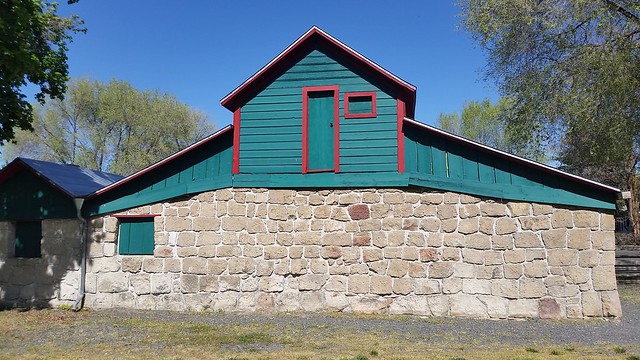 While most Chinese immigrants left instructions to send their bones back to their ancestral homes when they died, Ing Hay and Lung On each chose to be buried in their adopted country.  We visited their gravesites in the city cemetery. 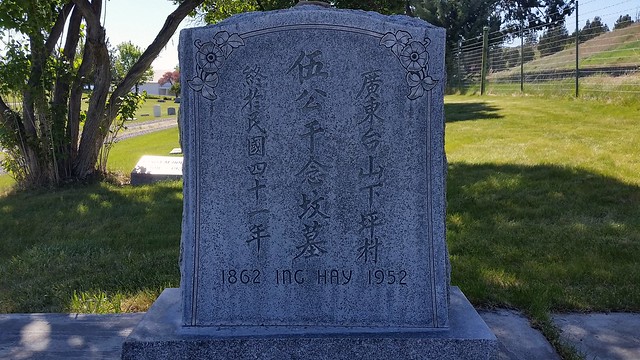 After three nights at the Fish House Inn and RV Park in Dayville, we continued moving west on US-26.  After a drive of about 150 miles we are now in Crown Villa RV Resort in Bend, OR.  We will be here for the next month, allowing plenty of time for exploring central Oregon.