A Stop in Boise, then On to Oregon

After leaving Twin Falls, ID we continued northwest on I-84  about 20 miles past Boise, where we had two nights reserved at Ambassador RV Resort outside the town of Caldwell.  We booked two nights to give us a day to look around the city.  We intended to ride our bikes around the downtown area and nearby Boise State University.  But a cold, windy day with occasional showers limited our touring. 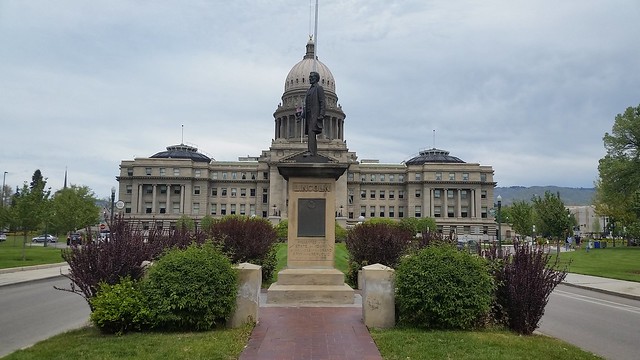 Laurel (Raven and Chickadee) had suggested that we stop at Basque Market in the downtown area and try some of their Paella.  We stopped there in mid-afternoon and found they had one serving remaining.  We decided to split the serving , which turned out to be a good move as we found it to be large enough to feed two people.  Lauren was definitely correct, the Paella was delicious. 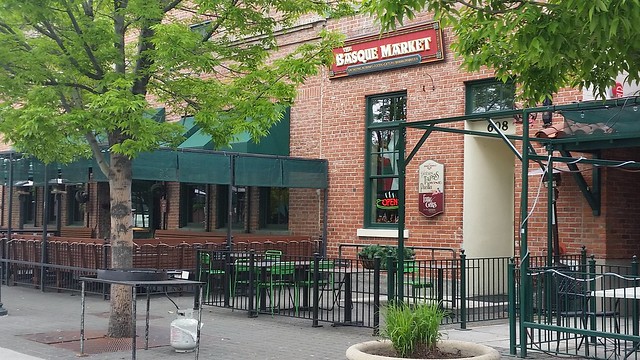 We really enjoy touring college campuses on our bikes, so we were disappointed with the rainy weather.  But we did get to drive through Boise State to see some of the campus. 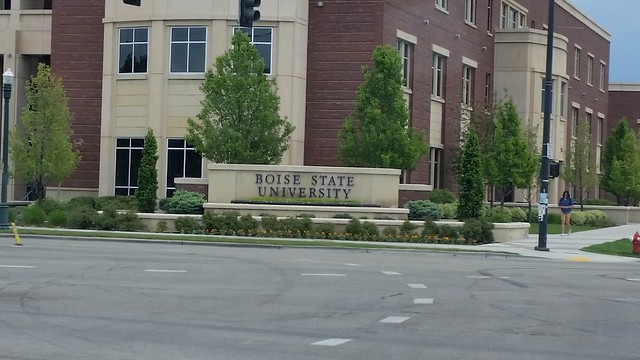 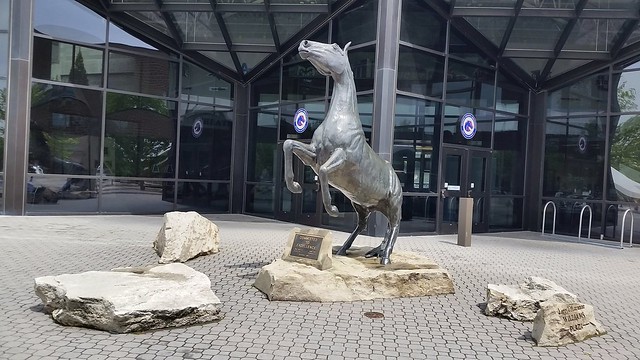 Their mascot is the bronco

Graduation was being held the next day outside in their football stadium so people were busy setting up for the event, but we managed to talk one volunteer into letting us inside the gate for a couple of quick photos.  The facility is named Albertsons Stadium, as Boise is the corporate headquarters for the supermarket chain of the same name. 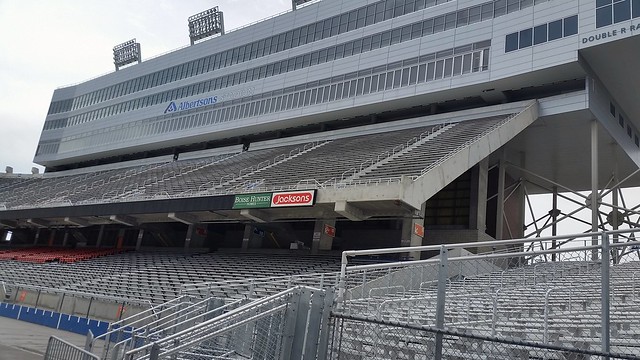 Boise State has a very successful football program and the stadium is well-known for its blue turf field. 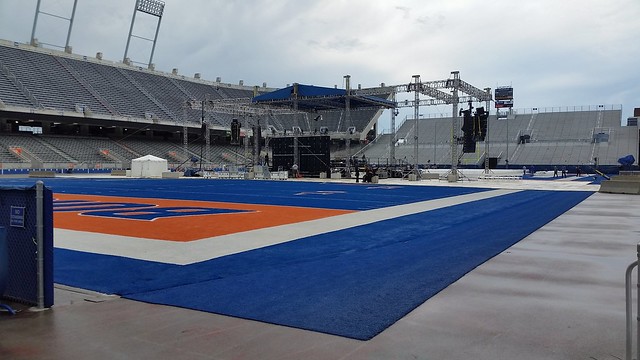 After staying in Caldwell an extra day due to high winds and thunderstorms, we continued our journey to the west.  About 30 miles up I-84 we crossed the Snake River into Oregon. 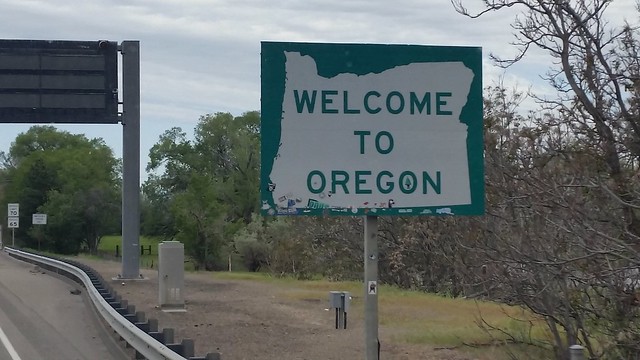 Just a few miles into Oregon we left the interstate and headed west on US-26.  This is a nice, two lane road that winds its way through a number of small towns then up through Malheur National Forest. 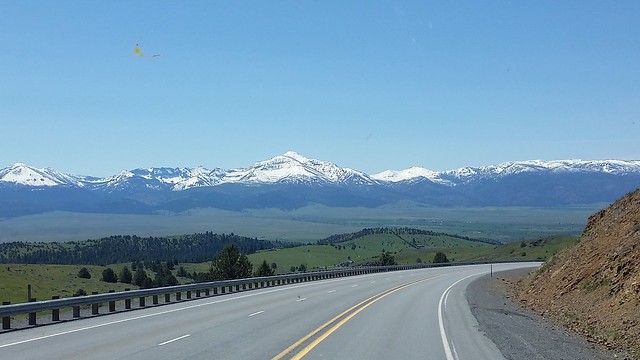 Coming out of the Malheur National Forest US-26 follows the John Day River past several more small towns.  We drove to the little community of Dayville (pop. 150) where we had a reservation at the Fish House Inn and RV Park.  Jodee and Bill (On the Road Abode) stayed here last year and recommended it to us.  This beautiful little facility has a few small rooms for rent and a six site RV park.  The park is immaculate, with level sites and nicely trimmed grass. 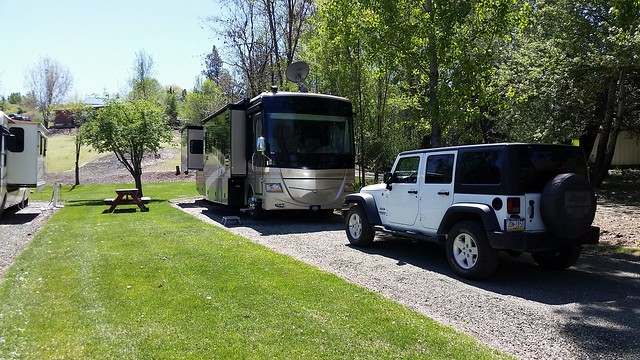 We will be here in Dayville for the next three nights as we tour parts of the nearby John Day Fossil Beds National Monument.  More on that later . . .

14 Responses to A Stop in Boise, then On to Oregon