On Wednesday (4/12) we headed north to explore three sets of ruins along the Upper Butler Wash.  The Upper Butler Wash trailhead is located on UT-95 10.5 miles west of Blanding.  It is at a small parking area on the north side of the road just east of the turn for the Butler Wash Ruins. 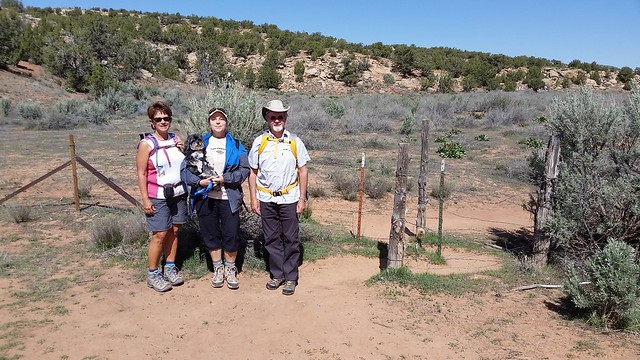 The first set of ruins we visited is the Target Ruins.  About .8 of a mile up the trail there is a trail that goes off to the left (west) steeply up a sandy hill.  Once up the steep section the side trail levels out for the short walk up a wash to the ruins at the end of a canyon. 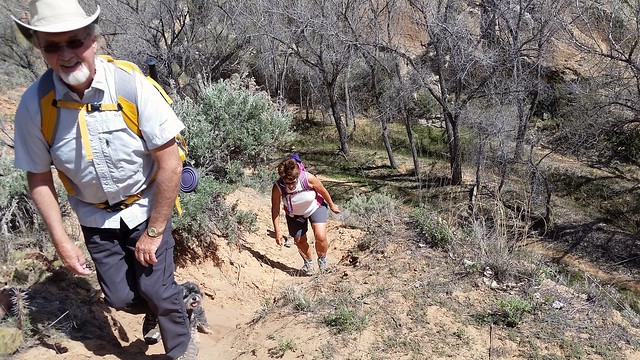 The steep section (Cody is peeking out from behind David 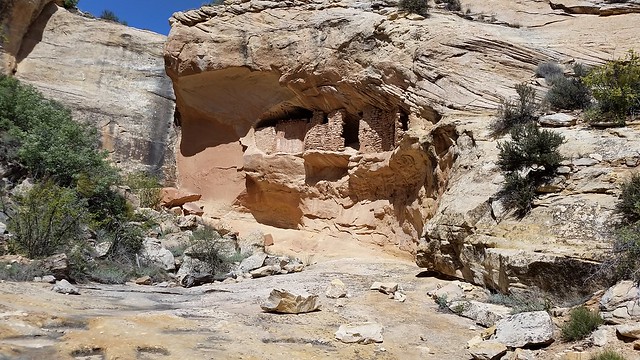 There is a small cave area on the left side of the canyon.  It appears to be a work area for the early residents as a large rock there shows evidence of grinding activities. 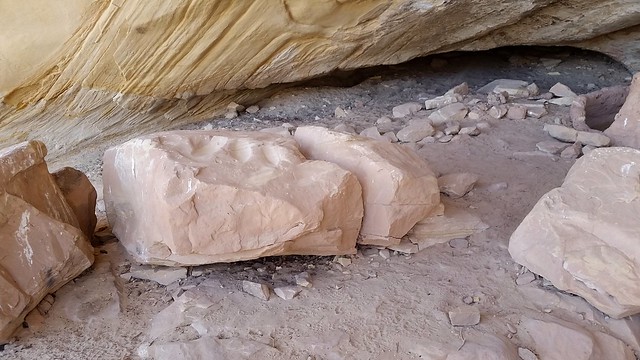 The main section of ruins is across the canyon from the cave.  There is no way to get into them so the spot in front of the cave is the best place to view them. 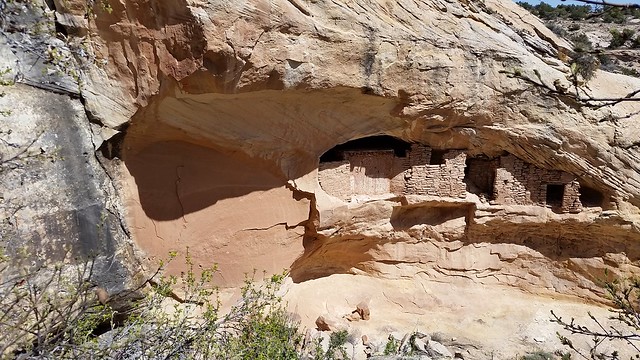 If you have a camera with a decent zoom you can look across the canyon into one of the rooms and see where the ruins earned the name “target.” 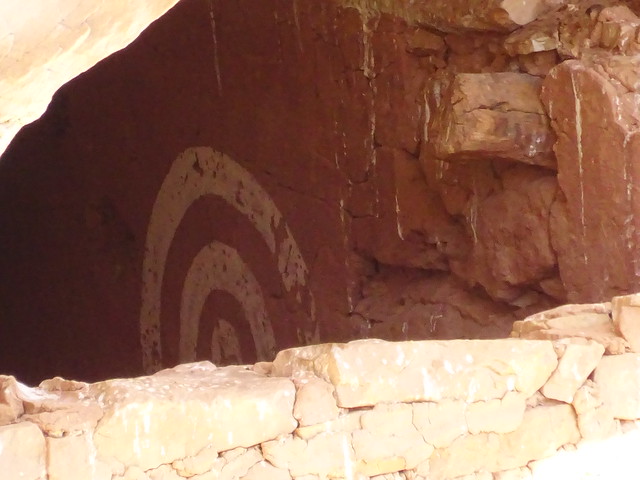 We hiked down into the canyon below the ruins and found some artwork along the wall below them.  The hands were of particular interest. 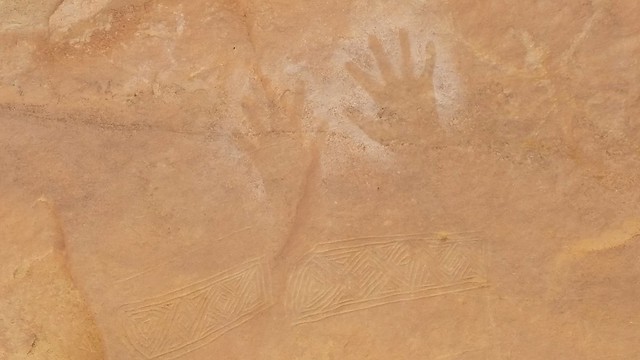 We were contemplating how the residents got into the buildings when David spotted two shallow indentations in the rock at our feet. 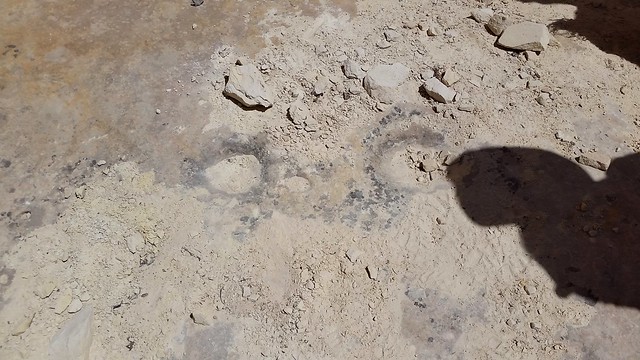 We looked above us and were able to see a small indentation that had been ground out of the rock above us, just to the left of the entrance.  We think that this was where the inhabitants placed a ladder so they could get into the rooms above us. 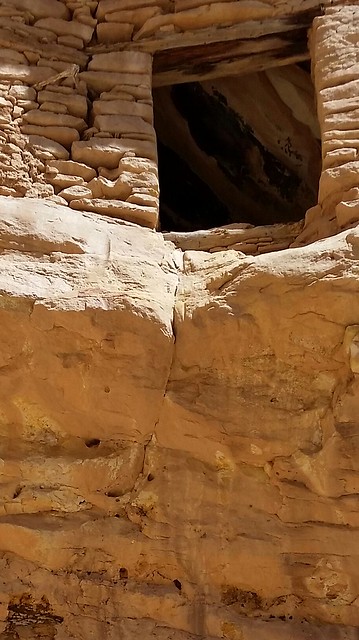 We returned back down to the main trail and continued hiking up the wash.  Just a short distance up the trail we came to the next set of ruins, the Ballroom Cave Ruins. 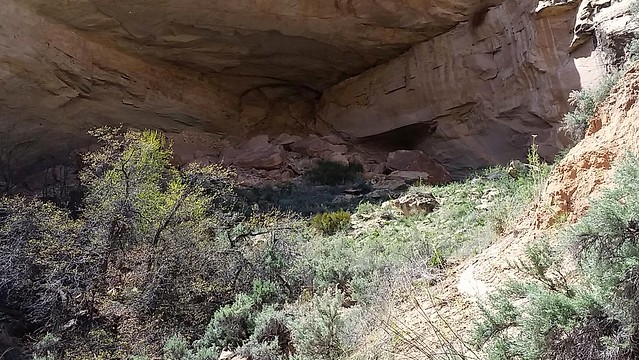 The Ballroom Ruins are at the end of a short canyon and have small caves on both sides.  The cave on the right side of the ruins is not very deep. 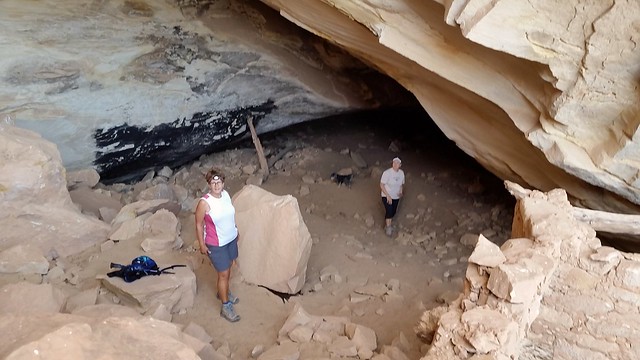 The cave on the left side is much larger and showed signs that it was used more than the one on the other side. 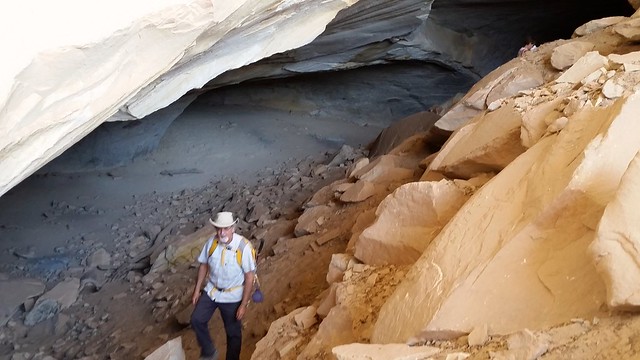 Looking down on the left cave 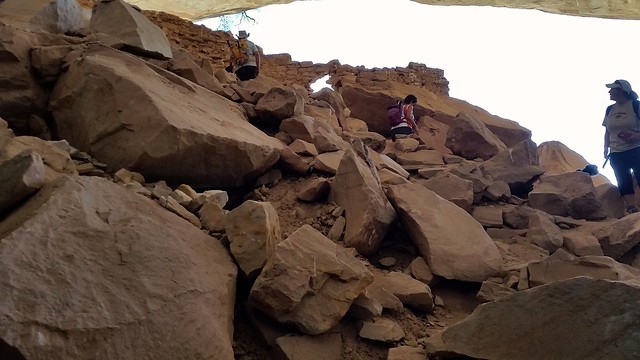 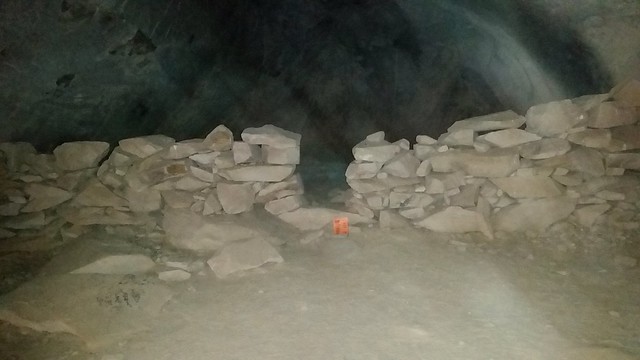 Remains of a wall in the left cave 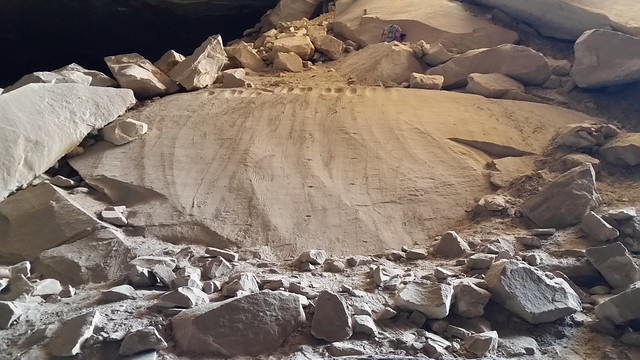 Continuing our hike up the wash we came to one more set of ruins.  We don’t know the name of this spot but it is set inside a large alcove just off the trail.  You can’t see into the alcove from the trail and the only way up to it is by climbing up a short but steep break in the wall below the alcove.  Fortunately, someone left a piece of rope hanging down into this break so John was able to climb up. 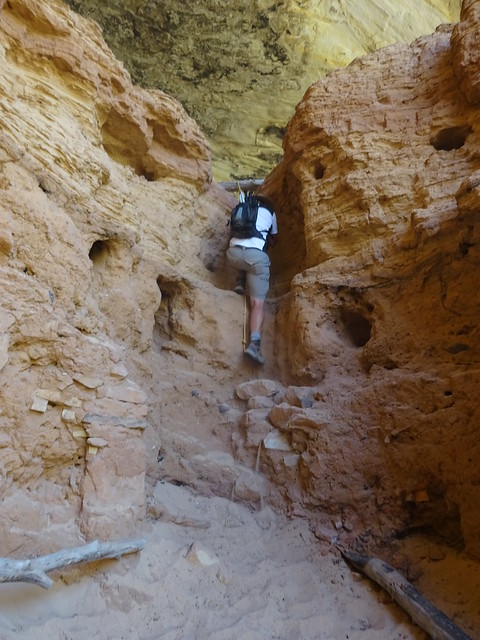 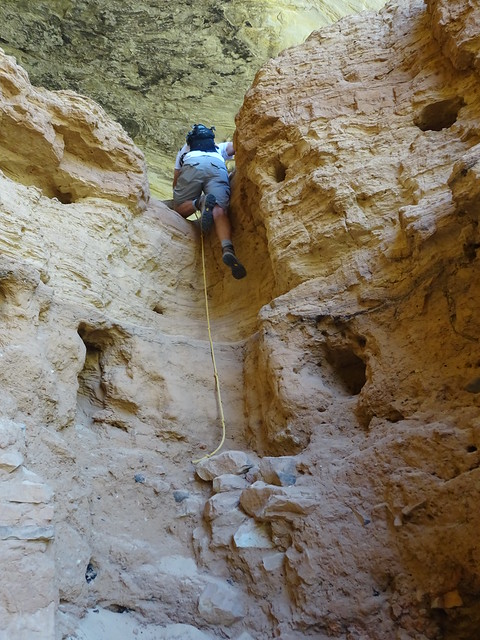 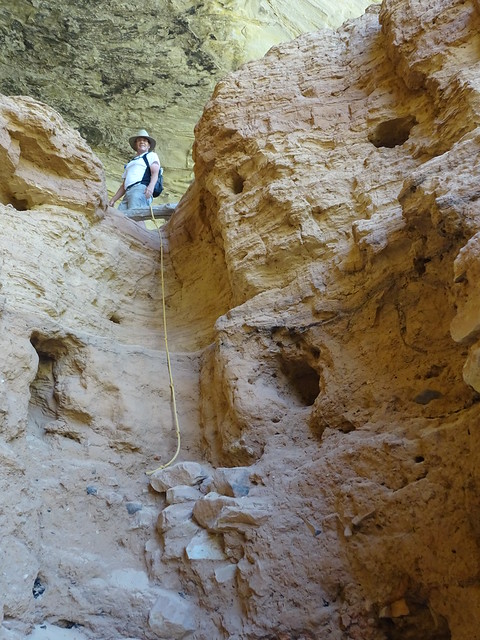 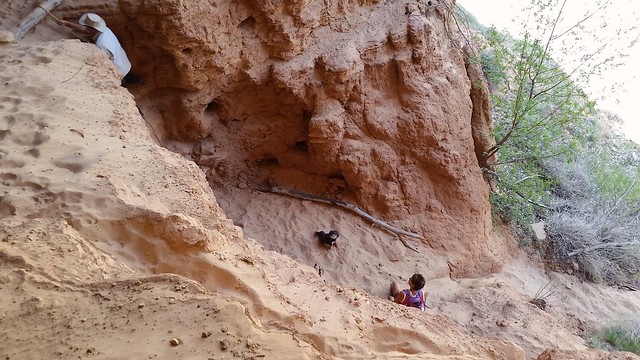 There isn’t much in the alcove so he advised the rest of the group to just stay down below. 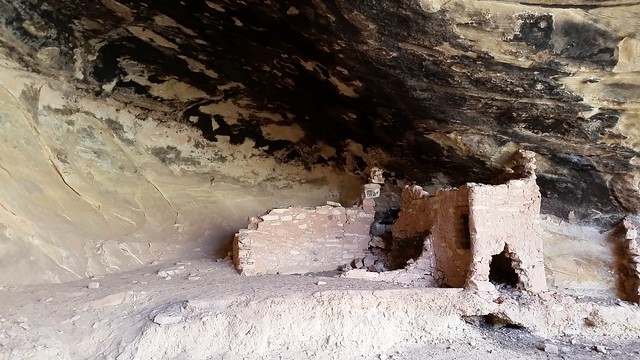 Most significant remains in the alcove 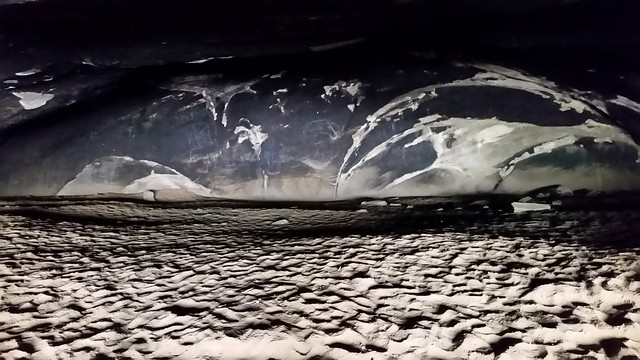 We turned around at that point and headed back toward the trailhead.  We followed Cody most of the way back.  He stays behind the lead hiker on the “out” hike, but he must pick up the scent on the return hike as he usually takes the lead. 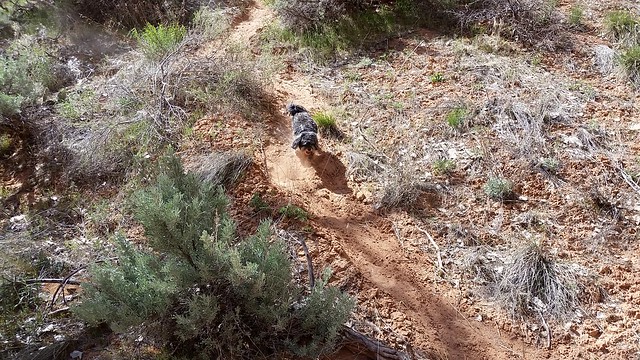 This is a great hike if you want to see some nice ruins without many people around.  At a round trip distance of 4.6 miles of mostly flat terrain along a wash, it is not too difficult but very interesting.