Following our stay in Holbrook, AZ our plan was to drive directly to Santa Fe, a distance of just under 300 miles.   While that is certainly a distance we have often driven in a day, we would rather keep a one day drive to 200 miles or less.  So we were pleased when Pam found a blog post from our friends, Jodee and Bill, (On the Road Abode) from last year where they stopped near Grants, NM to visit El Malpais National Monument.  Stopping there would cut the distance to Santa Fe in half, so we found an RV park in Milan, just a few miles from Grants, and made a reservation for two nights. 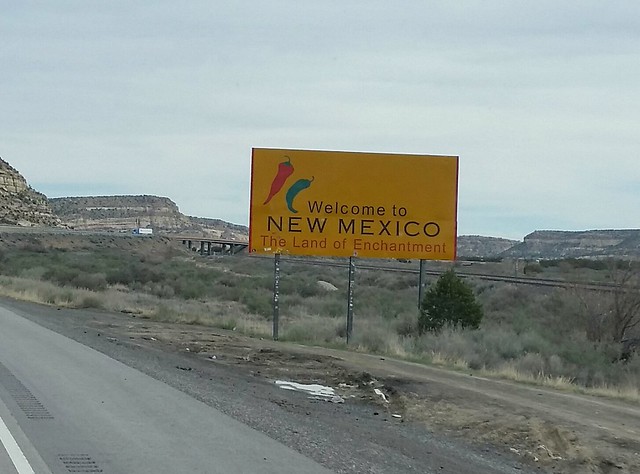 The name El Malpais is from the Spanish term Malpaís, meaning badlands, due to the extremely barren and dramatic volcanic field that covers much of the park’s area.  After setting up in the RV park, we headed to the visitor center in Grants to get information on El Malpais, then headed into the monument.  Our first stop was at the trailhead for the Narrows Rim Trail, located about 21 miles south of I-40 on NM-117. 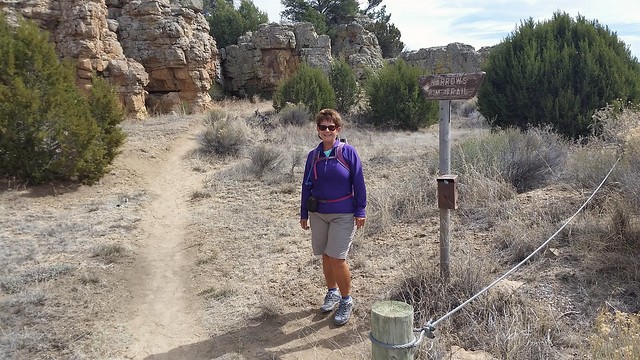 The trail goes gradually up on to a cliff that provides views of the lava flow below.  The trail is four mile in length on way, but we decided to just hike up about two miles and return. 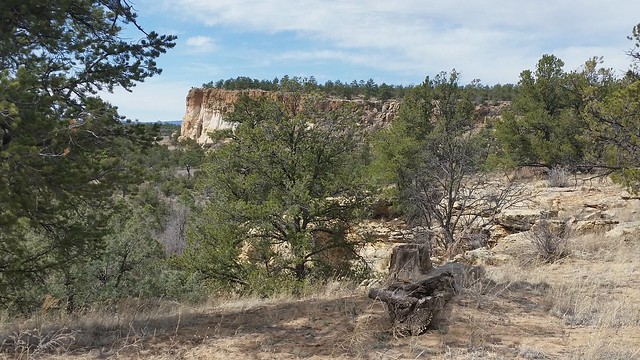 Our goal is in the distance 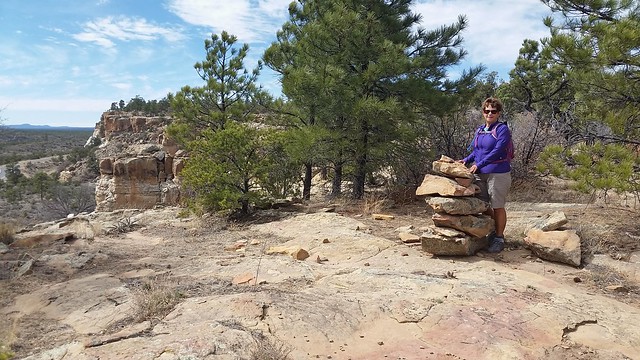 The trail is marked with cairns, some small and some large 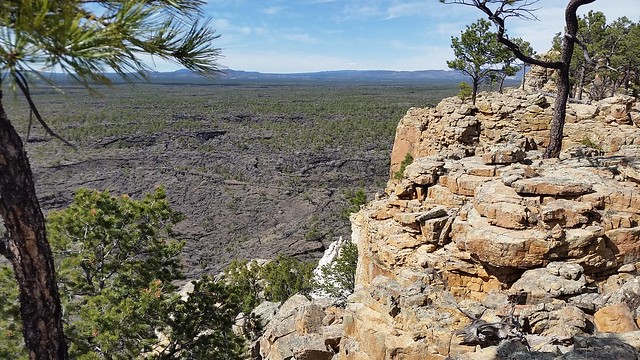 The lava flow below 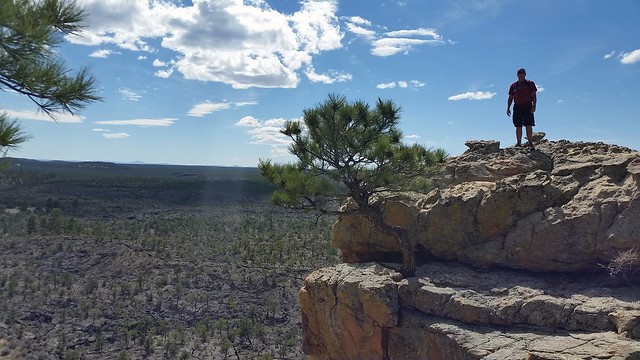 Another view of the lava flow

After hiking the two miles up the Narrows Rim Trail we returned to the Jeep and drove about ten miles south to the parking area for Lava Falls. 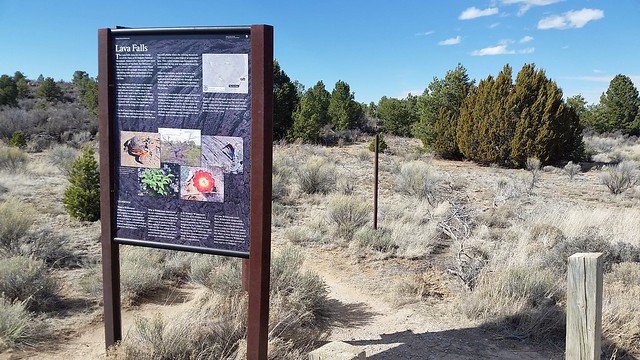 A one mile loop trail leads you right through the lava flow created by volcanic action 3,000 years ago.  The trail is marked by large cairns as the lava is very hard and, even though many people have hiked the trail, there are no marks from foot traffic. 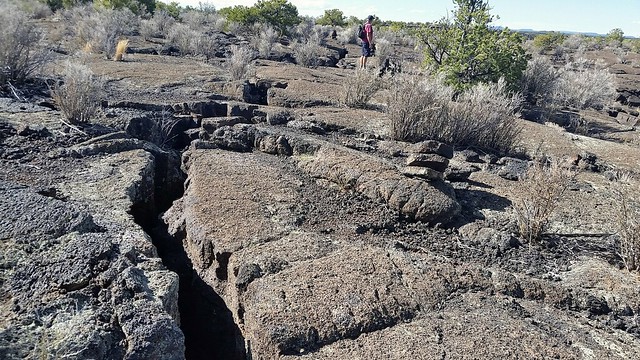 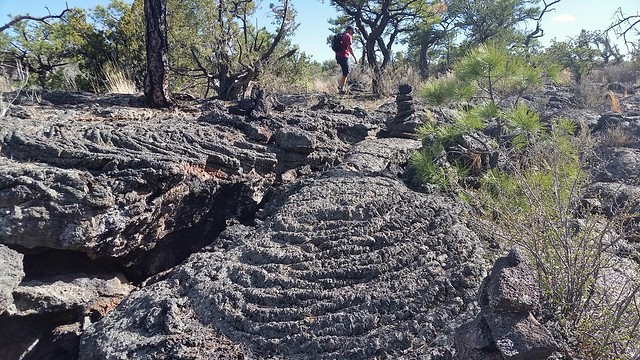 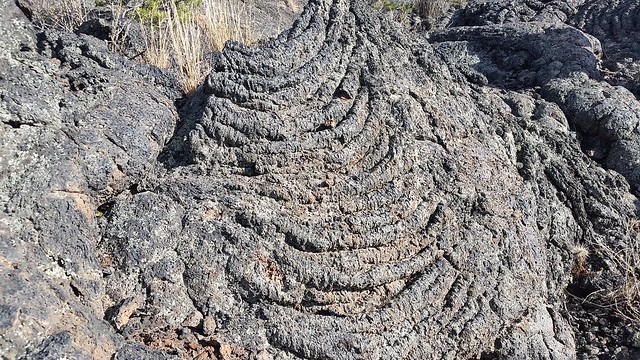 Driving back to the north we were able to see the Narrows Rim Trail overlook (where we hiked earlier) in front of us. 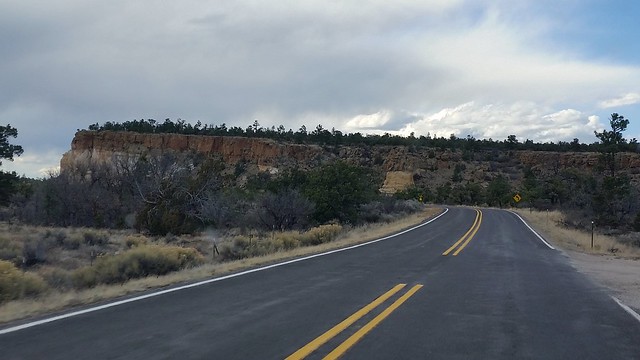 As we continued north we rounded a bend and the La Ventana Arch came into view. 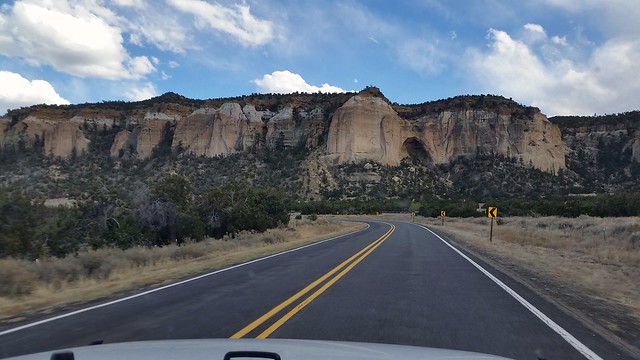 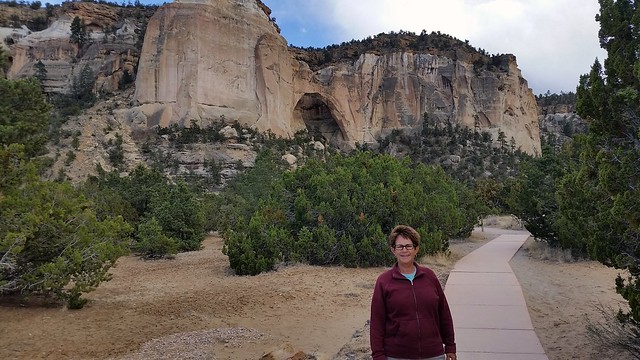 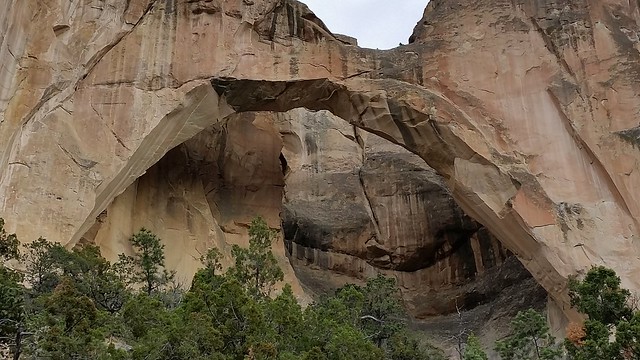 Continuing our drive back to town we were treated to a number of outstanding vistas. 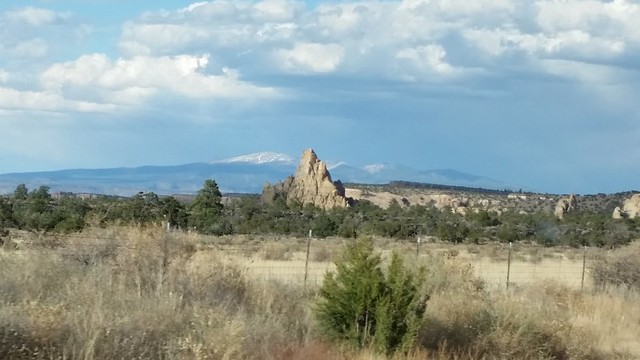 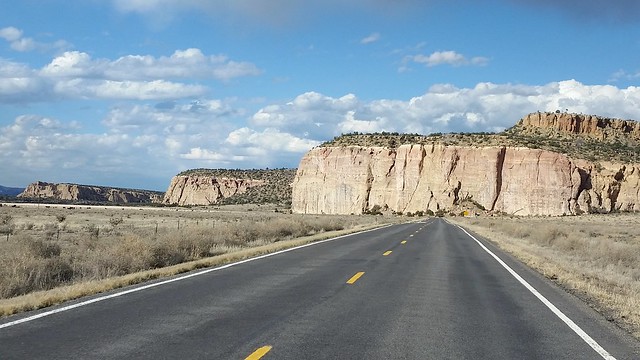 Tomorrow we’ll head out to explore another nearby national monument.  More on that later . . .