A Visit to Winslow, AZ

We left the tight confines of the Flagstaff KOA on Friday and enjoyed a nice, easy drive of about 50 miles to Winslow, AZ where we quickly set up in a nice, open site at Homolovi State Park. 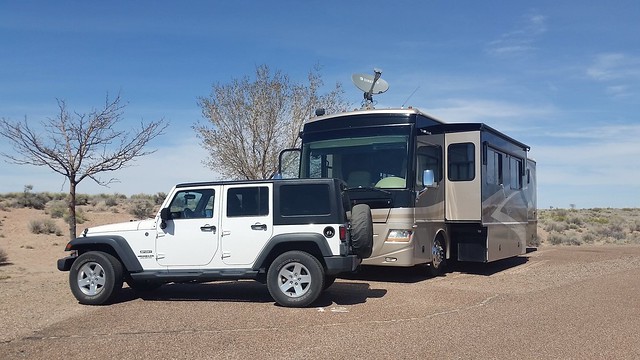 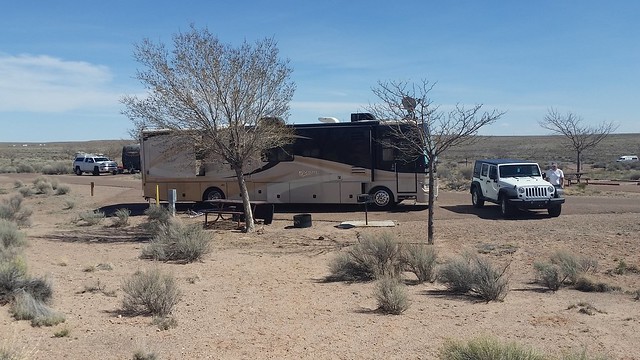 As we finished eating a light lunch, a Jeep towing a four-wheeler stopped next to us followed by a truck pulling a large 5th wheel.  We were not surprised, as we knew Jim and Barb (Jim and Barb’s RV Adventure) were going to be in the same park that day. 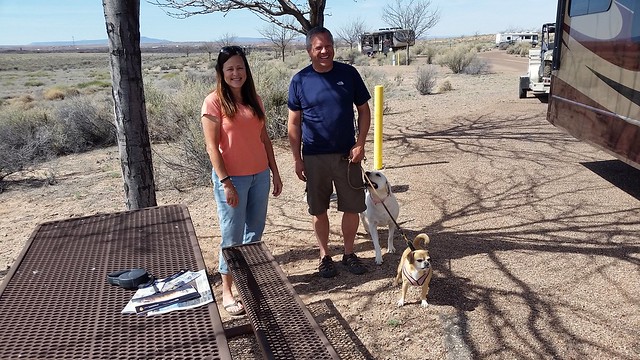 The dogs were quite excited to finally meet the treat lady.  The three are now friends for life! 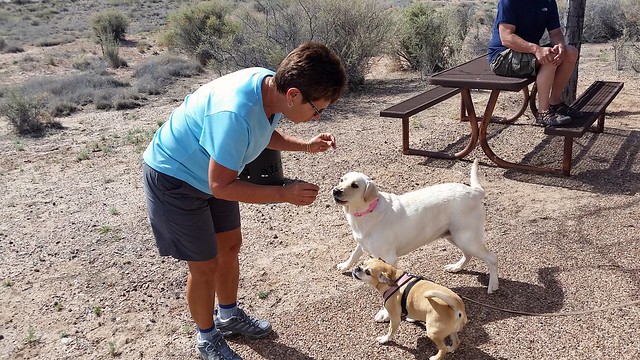 Our purpose for stopping here is to visit the Homolovi Ruins, four archaeological pueblo ruins built by various prehistoric people between approximately 1260-1400. This fertile area is on a floodplain of the Little Colorado River, and the inhabitants grew cotton, corn, beans, and squash.

The sites are numbered and only two are accessible to visitors.  Our first visit was to Homolovi II Ruin. 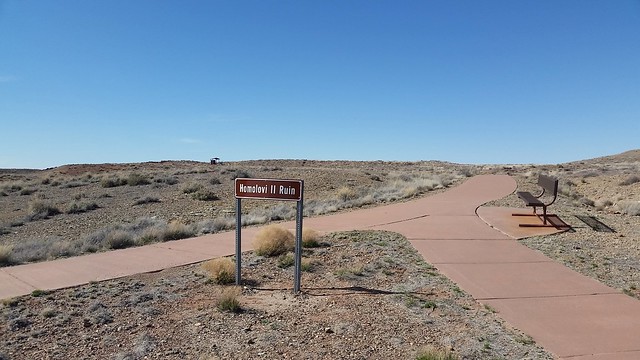 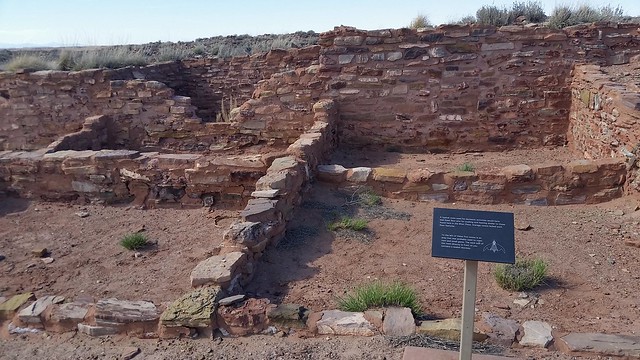 This site has a number of excavated rooms that were part of a village with approximately 1200 rooms that was home to up to 1000 people. 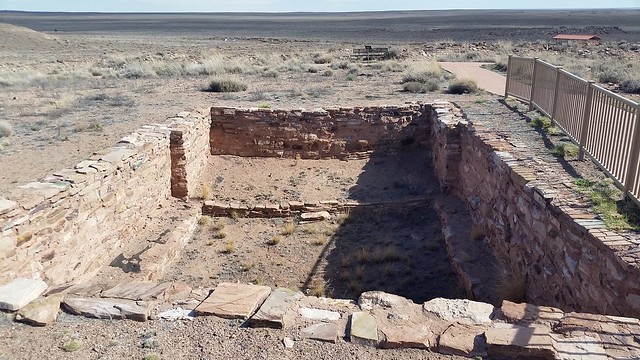 While the site has been picked clean of large objects by souvenir hunters over the years, it is covered with small shards, some with decorative paint visible. 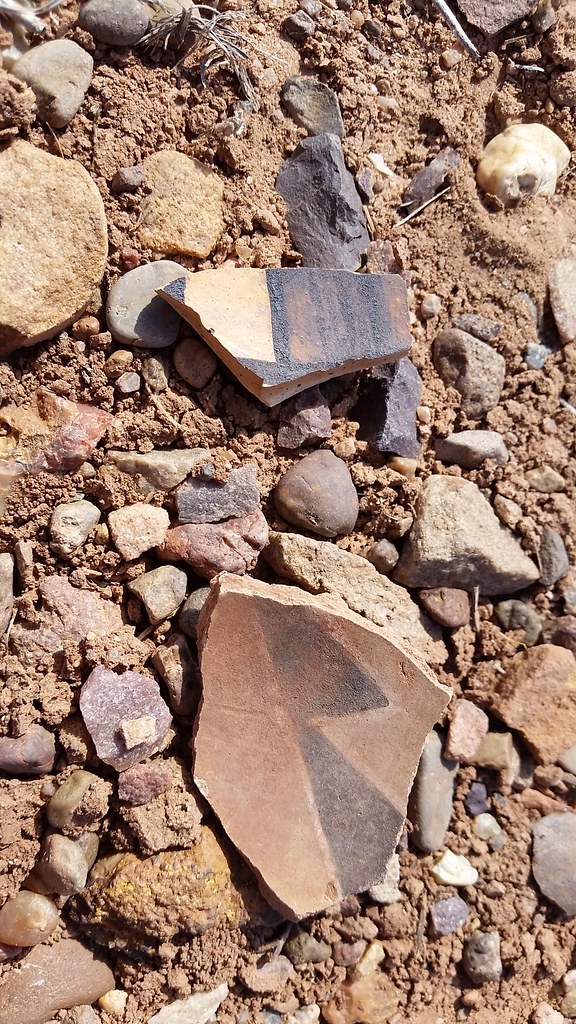 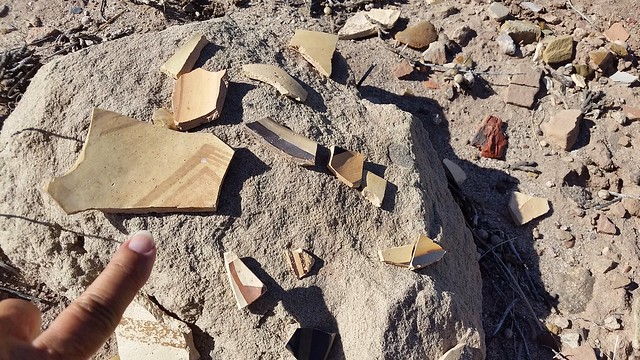 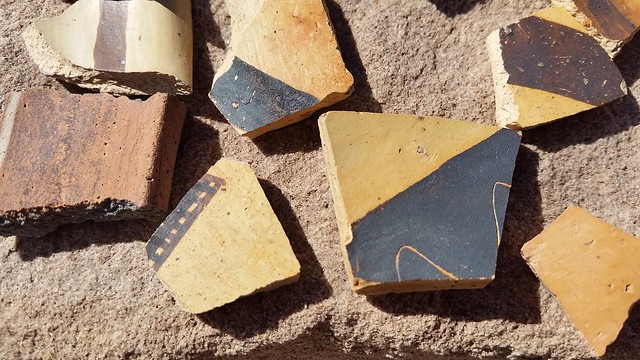 That evening we joined Jim and Barb for dinner at a small Mexican restaurant in Winslow.  Of course, we had to make a stop at the intersection of 2nd Street and Kinsley Ave. to check out Standin’ On the Corner Park.

Everyone knows the words in the Eagles 1972 hit Take it Easy that refer to a guy standing on the corner in Winslow.  Most of the song was written by singer/songwriter Jackson Browne.  His friend and then-neighbor, Glenn Frey, had heard an early version and later asked Browne about it.  Browne then played the unfinished second verse that begins with “Well, I’m a-standin’ on a corner in Winslow, Arizona…”, and Frey finished the verse with “It’s a girl, my lord, in a flatbed Ford, slowin’ down to take a look at me.”  Browne was very happy with the result and suggested that they co-write the song.  The resulting song became the first track on the Eagles’ debut album and was released as their first single. 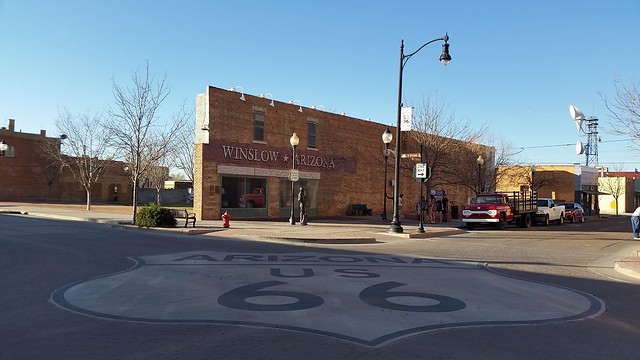 Apparently the flat bed Ford incident took place in Flagstaff, at the Der Wienerschnitzel (now the Dog Haus) at the corner of East Rte. 66 and Switzer Canyon.   According to Browne, a girl cruised by in a Toyota pickup and looked at him and the image stuck with him.  Browne had told Frey about the girl in the truck, and Frey then used the incident to add the line about the girl to the song.

There are two statues located on the corner.  One statue stands near a lamp post, the male figure securing an acoustic guitar between his right hand and the shoe of his right foot.  Some say the figure resembles Jackson Browne, but there is no official acknowledgement of that.

Last September a life-sized statue of Glenn Frey, who died the previous January, was added to the Standin’ on the Corner Park to honor his songwriting contributions to “Take It Easy”. 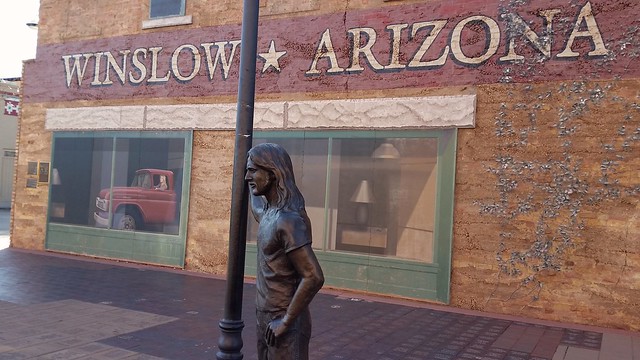 The next afternoon we drove north of the park about 10 miles for a visit to the Little Painted Desert County Park. 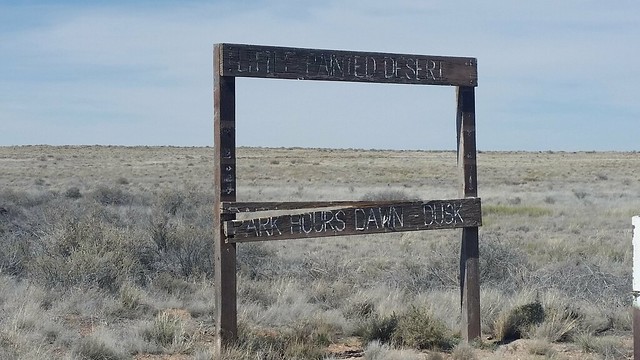 This isn’t much of a park, more an overlook with a couple of picnic tables.  But the views on the short road running along the rim of the painted desert are quite impressive. 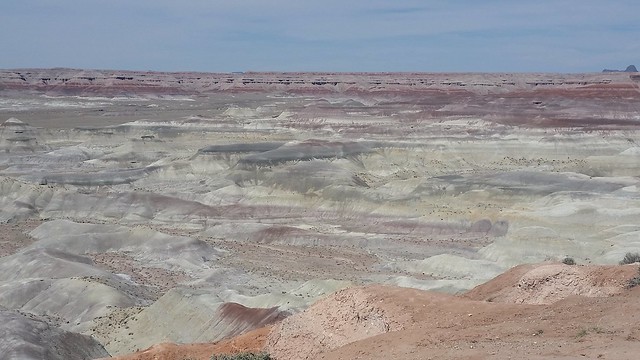 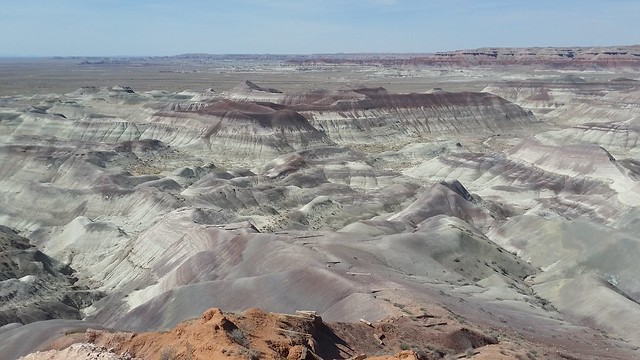 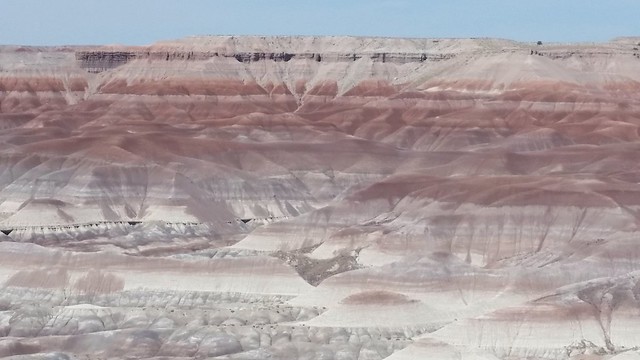 That afternoon Pam drove a short distance from the campground to check out Homolovi I Ruin and look at more pottery shards. 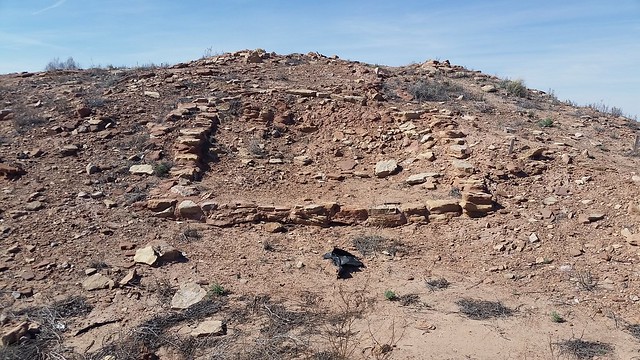 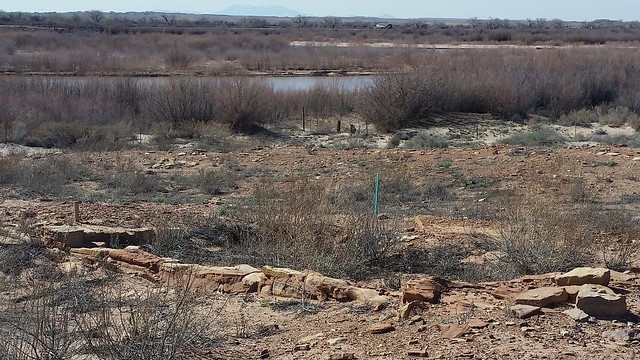 Although the structures are not as defined as the other site, pottery shards are plentiful. 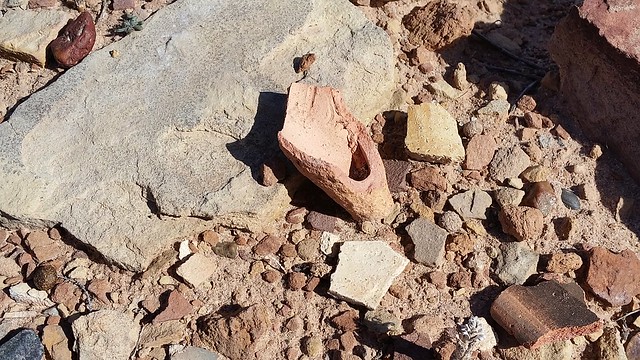 A leg to a pot

Today (Sunday) we moved just 30 miles east to Holbrook, AZ where we’ll be staying for a few days to explore the nearby Petrified Forest National Park and the Painted Desert.

19 Responses to A Visit to Winslow, AZ