We’ve been moving across the country fairly quickly after leaving Florida on January 1st, so we decided to slow down a bit and explore the area around Las Cruces.  With that in mind we settled in for a week at Coachlight Motel and RV Park.  The park is a little short on aesthetics, but is just what we need for our stay in this area. 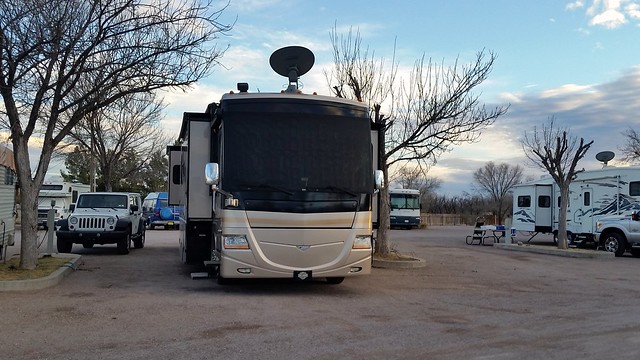 Just ten miles east of Las Cruces is a rugged mountain range named the Organ Mountains.  In 2014 the area was included in the newly designated Organ Mountains-Desert Peaks National Monument. 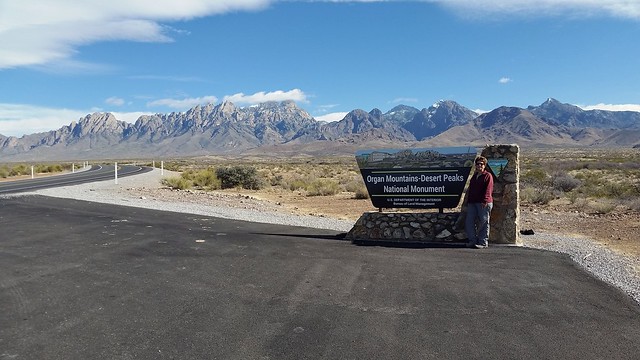 In one area of the Monument is a small visitor center where you can park and hike up to see the remains of a hotel and sanatorium operated in the early 1900s.  We parked there and hiked the two mile trail up to the ruins. 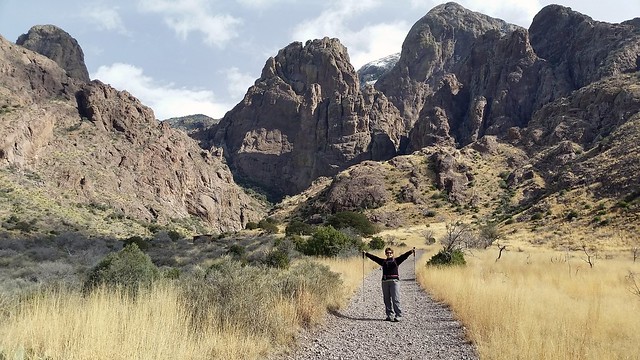 The nimble hiker is back in her element! 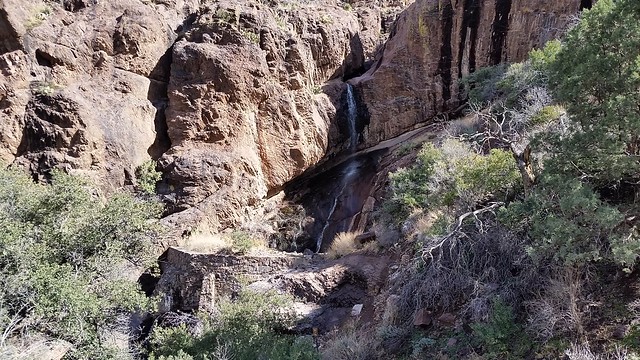 The hotel built at the site was named Van Patten’s Mountain Camp.  In the late 1800’s, Col. Van Patten, a former Confederate army officer, began construction of the camp.  A stage line from Las Cruces, 17 miles away, would carry guests by stagecoach along the rocky path up to the hotel itself.  In early 1900’s, guests arrived at the hotel by automobile, as well as, by horse and wagon.

The site of the resort is tucked into the rocky peaks at an elevation of 6,000 feet
(which is 2000 feet higher than Las Cruces). In its heyday, the luxurious resort
boasted 2 stories and 14 rooms, dining and recreational facilities, and a gazebo that
functioned as a bandstand.  Many famous people, such Pat Garret and Pancho Villa, stayed  in the hotel

Not much remains of the hotel.  In the old photo above you can see a building on the right with two windows on the second floor.  Below is the remains of that building. 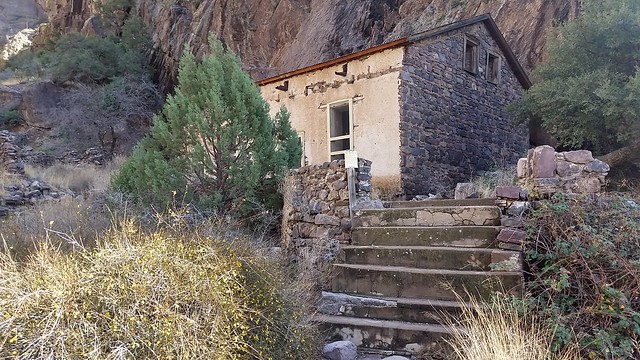 The main section of the hotel is on the left of the old photo.  Below is all that remains of that part of the building today. 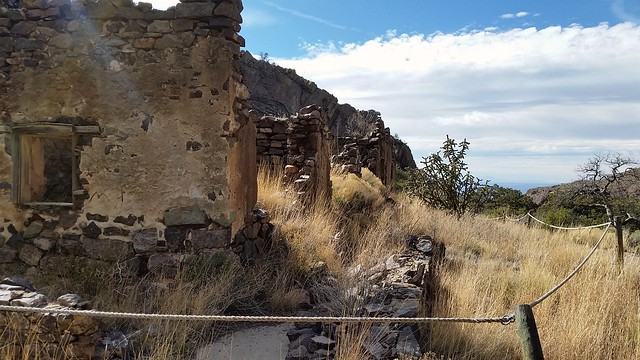 In 1915, Col. Van Patten came into financial difficulties. The hotel was closed and
the resort sold to Dr. Nathan Boyd, who turned the hotel into a tuberculosis sanatorium.  Extra buildings were constructed to house some of the patients. 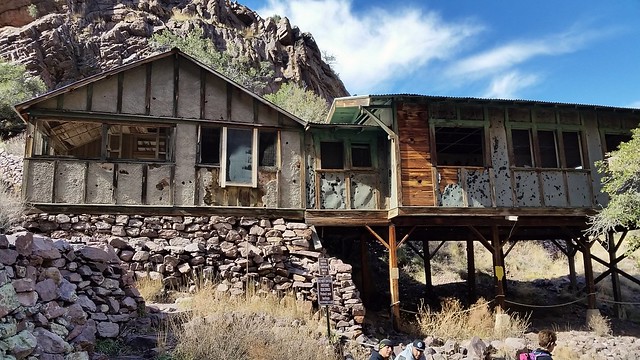 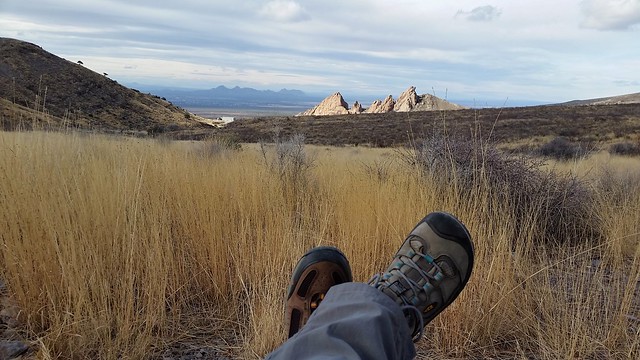 Lunch with a view on the return hike

The hike up to Van Patten’s Camp was a great re-introduction to hiking for us.  There are a number of other places we plan to explore during our stay in the Las Cruces area.  More on those later . . .