The weather on Saturday was cold and misty, a perfect day to explore a large cave with a constant temperature of 56 degrees.  So we drove about 20 miles back down NM 62 from the town of Carlsbad to the entrance for Carlsbad Caverns National Park. 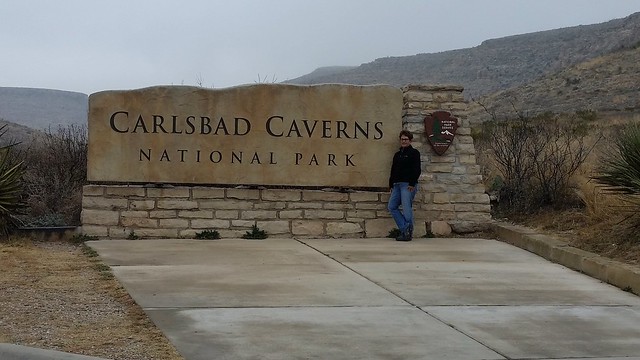 The entrance road gains a bit of elevation between the highway and the visitor center and we entered a thick fog as we drove up into the park. 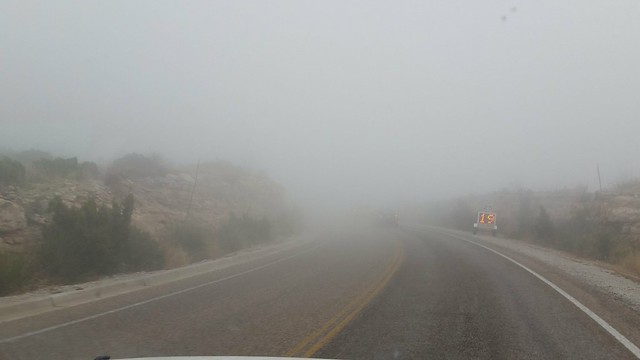 Once at the visitor center we showed our OPNPP (Old People’s National Park Pass) and headed toward the cave entrance.  There are two self-guided tours available to visitors (you can also sign up for a ranger-led tour if you want a more extensive tour).  One is the Big Room Tour, a one mile loop accessible by elevator.  The other is the Natural Entrance Tour, a one mile tour that follows the traditional explorers’ route and enters the cavern through the large historic natural entrance.  The Natural Entrance route descends over 750 feet into the ground following a steep and narrow trail through a tall, open passage called the Main Corridor.  This route ends near the base of the elevator where you can then take the Big Room Tour. 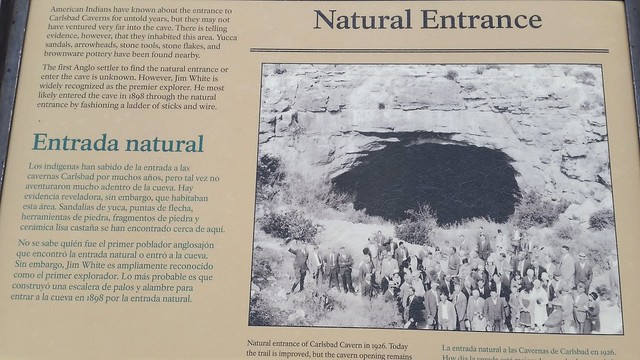 The trail starts with a series of steep, winding switchbacks that reminded us of Walter’s Wiggles on the trail to Angel’s Landing in Zion NP. 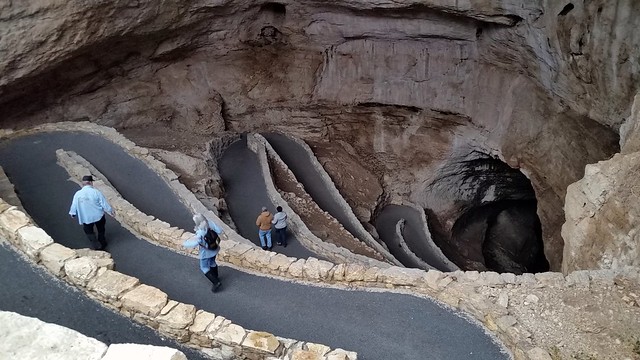 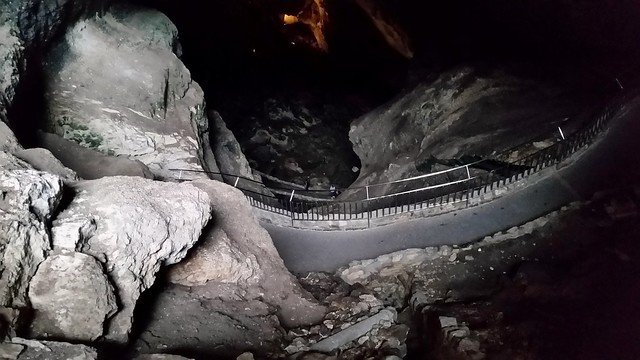 From early spring to October the area just below the entrance is home to a large number of Mexican free tailed-bats.  One of the most popular activities in the park during that part of the year is to sit in an amphitheater at dusk and watch the bats leave the cave.  But the bats are smarter than us and head to warmer places for the winter, so no bat show for us. 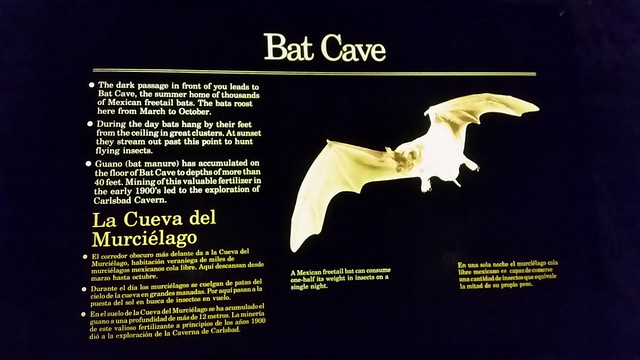 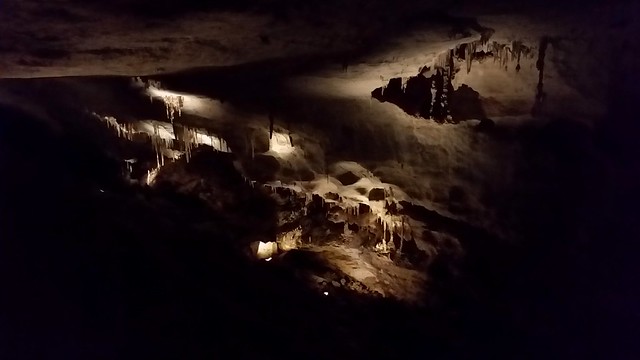 Looking into the bat cave

We spent the next couple of hours exploring the cave.  Pictures cannot capture the beauty we experienced, but we’ll share a few so you get a taste of what we saw. 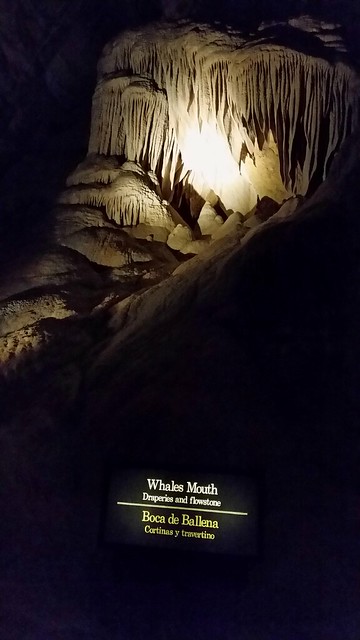 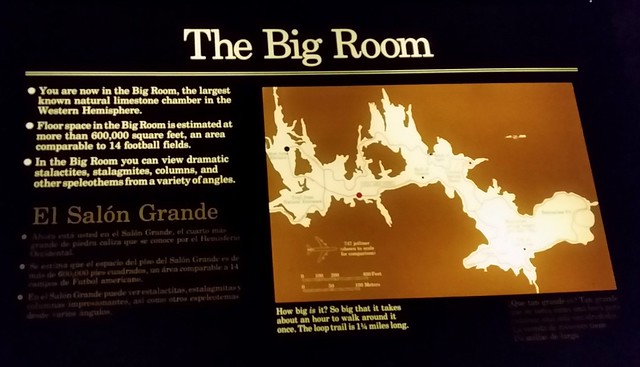 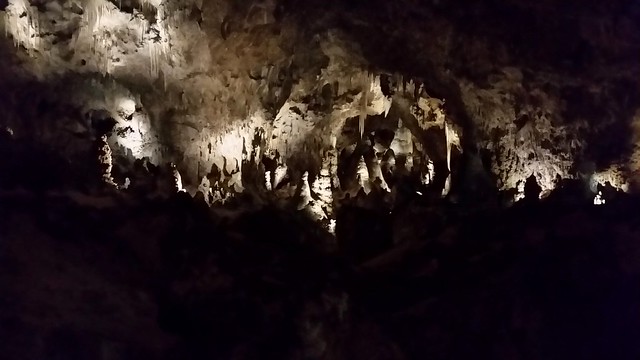 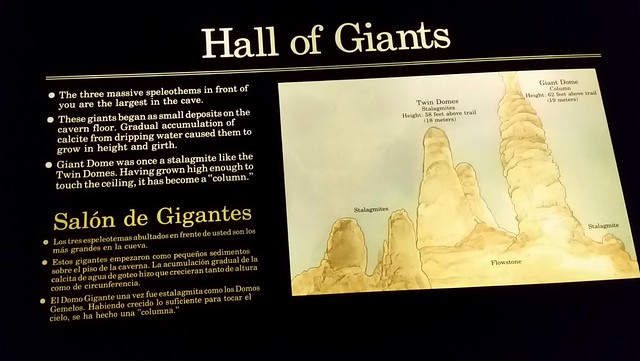 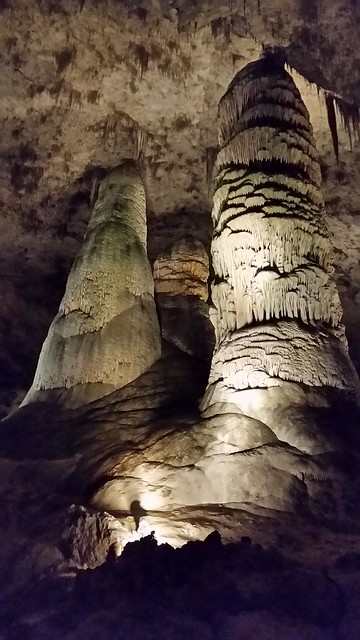 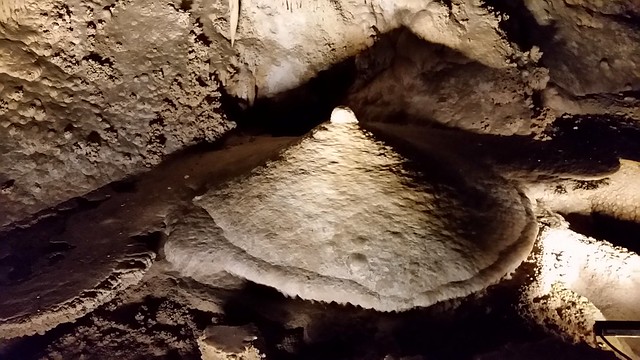 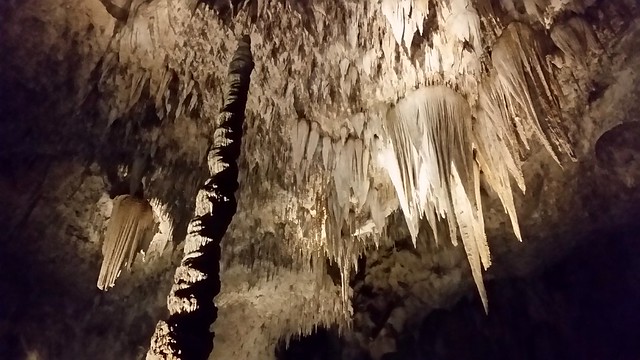 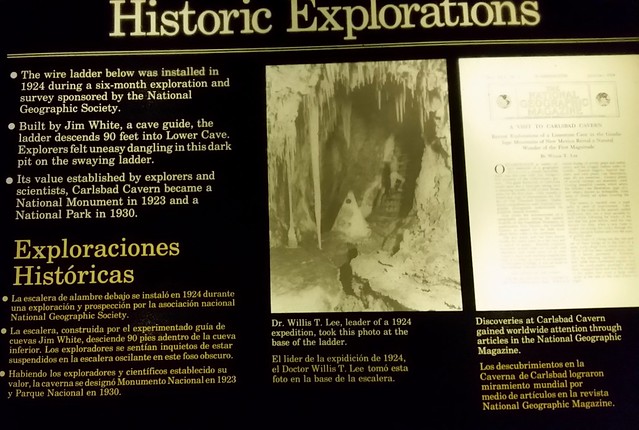 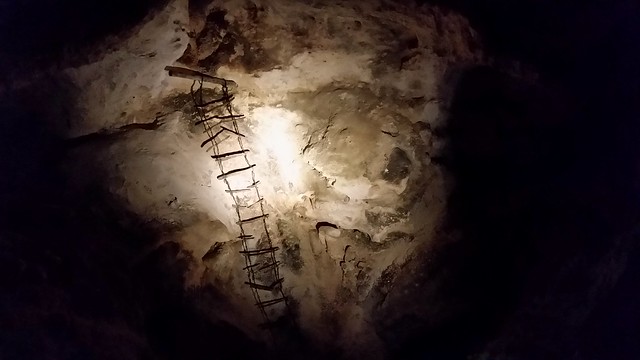 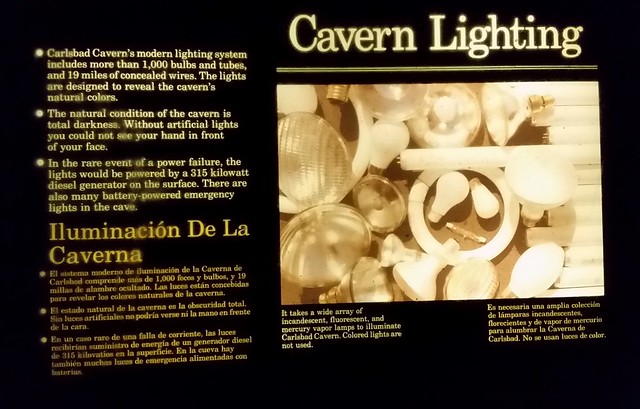 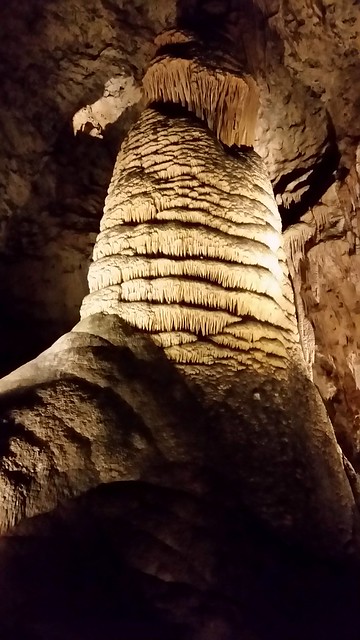 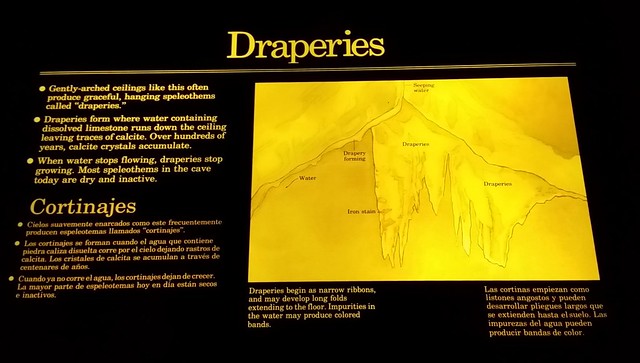 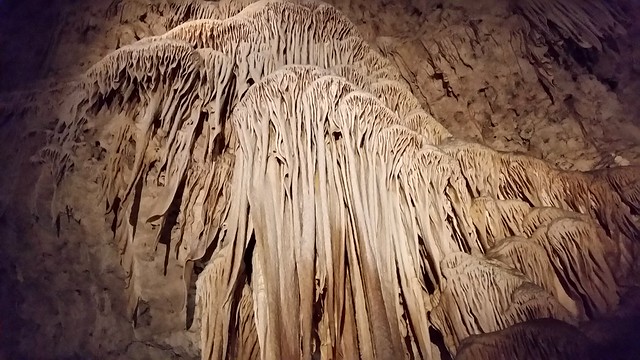 As we began our descent into the cave, we volunteered to take a picture of a young lady taking the tour alone.  As we proceeded we engaged in conversation and ended up completing the entire tour with her.  Keishia is a military contractor currently working at Fort Bliss in nearby El Paso.  She works in logistics for the army and is heading for Kuwait tomorrow.  We found Keishia to be a wonderful person and really enjoyed sharing the cave experience with her! 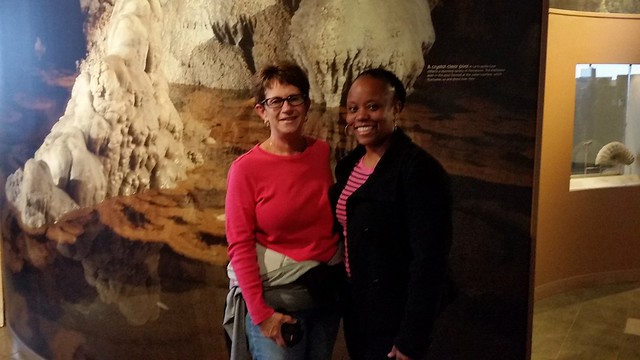 We really enjoyed our experience in exploring the caverns of Carlsbad.  It’s one of those places that everybody should visit at least once in their life.  The place is spectacular!

Today (Sunday) was cold and rainy so we spent the day watching hockey and football.  We leave Carlsbad tomorrow but are not quite sure where we will be tomorrow night.  Hueco Tanks State Park is located just east of El Paso, right on our route west.  We learned from friends that the park has some interesting hiking so we called to see if there is a site available in the campground.  But the campground office is closed on the weekend (we hope they answer the phone on MLK Day) so we’ll try in the morning.  If that doesn’t work out, we’ll continue on to Las Cruces.