The second day of our brief visit to New Orleans dawned sunny and much warmer than the previous day. 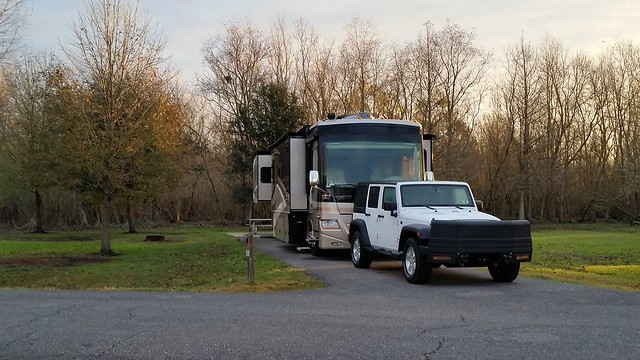 It was a perfect day for a walking tour of the French Quarter.  So we went to the web site of Free Tours on Foot and booked a 10 AM tour.   This is our first time using this company, and we found it to be an excellent experience.  The company operates on a pay-what-you-want model.  There is no fixed cost for the tour so at the end you pay the guide what you feel the tour was worth.   This guarantees that the guide works to give you a great experience.  Our guide, Sean, met us promptly at 10 o’clock, organized the small group, and began the tour. 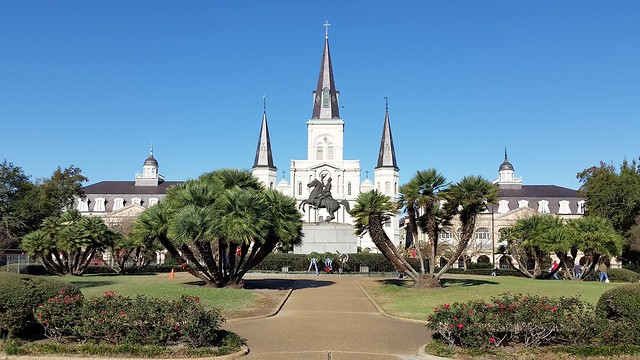 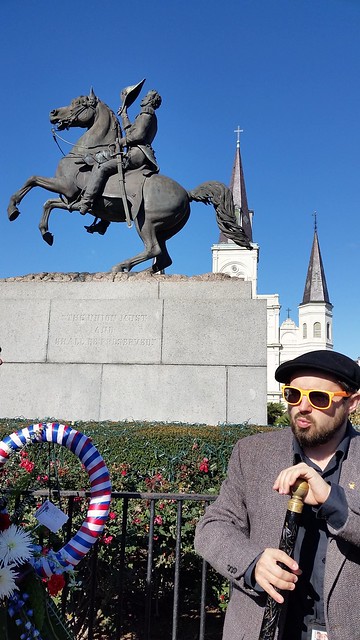 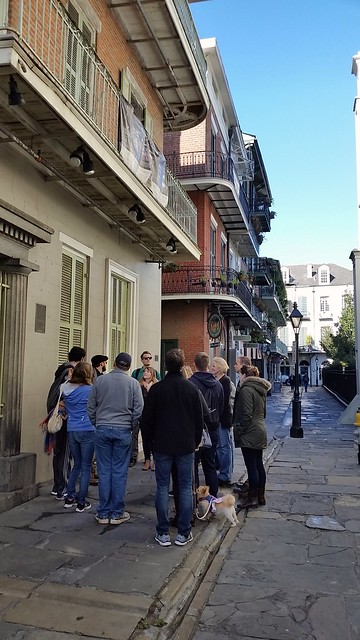 Our group along Pirate’s Alley 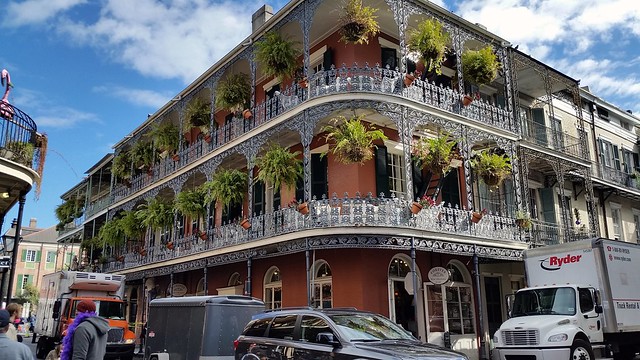 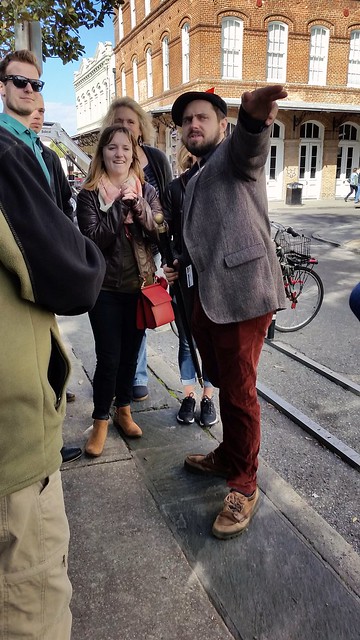 Sean has lived in or near New Orleans all his life and has a good grasp of the history of the city.  He did a great job and we are sure he was well rewarded for his efforts (at least from us).  He left us at the French Market, where we purchased a couple of pralines for a later dessert. 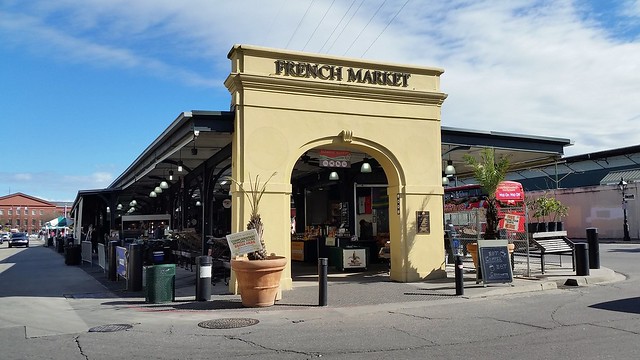 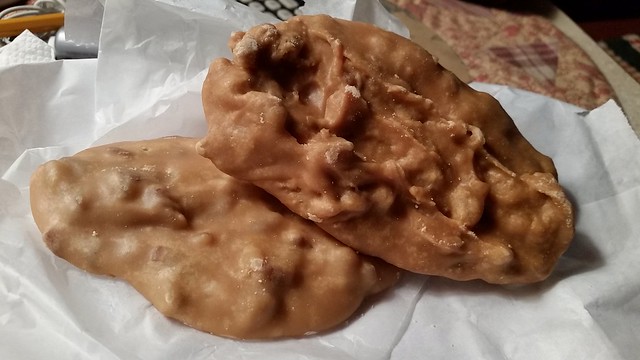 During the tour, our guide, Sean, pointed out a nice little restaurant on St. Peter’s St. that served some of the best gumbo in the French Quarter.  So after the tour we made our way back to the appropriately named Gumbo Shop to test his recommendation. 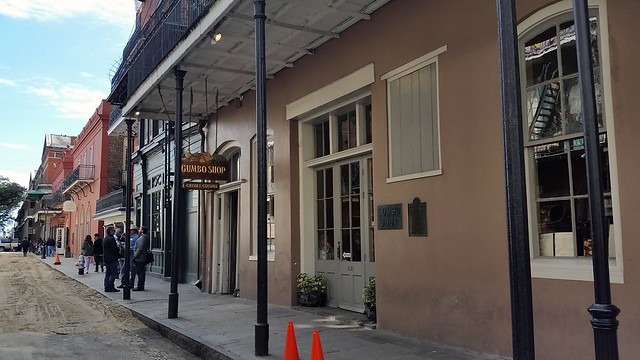 John had a bowl of the Chicken Andouille Gumbo while Pam had a gumbo sampler.  Sean was correct, the gumbo here is delicious! 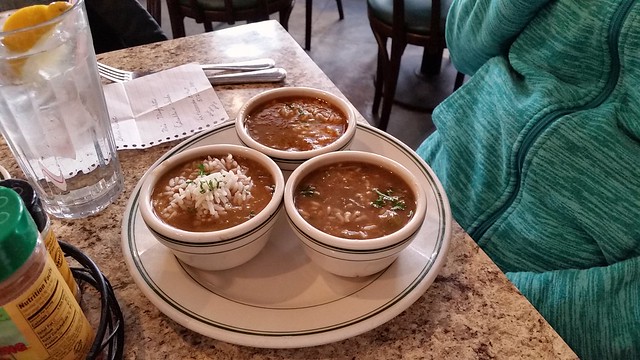 As we headed down Royal St. we found they had blocked the street from traffic to allow for some music.  Since it was a bit early for most of the party-loving population of the area, there was only one band playing. 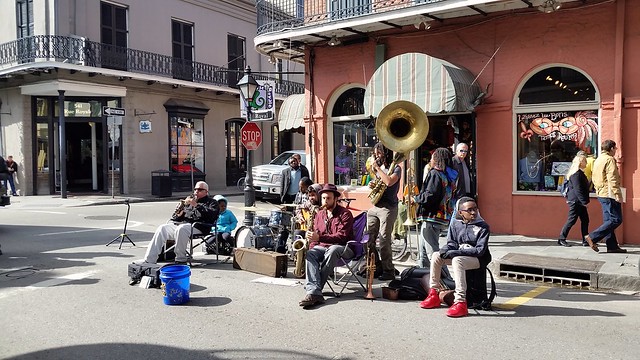 New Orleans is very famous for its beignets, deep-fried pastries covered with powdered sugar.  Again we followed Sean’s recommendation and made our way down Bourbon Street to the Cafe Beignet. 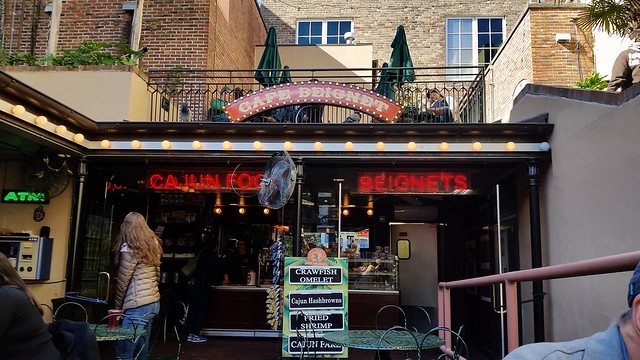 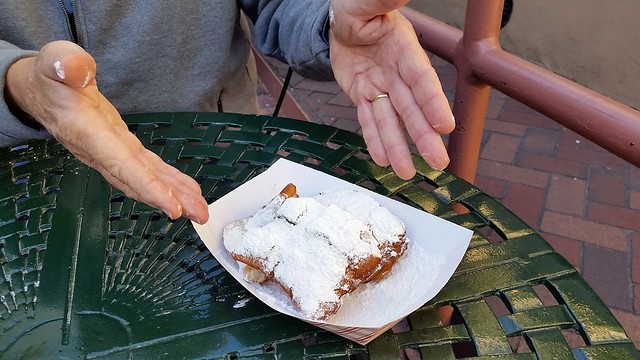 After our beignets we needed to walk off a few calories so we made our way over to Canal Street, a wide boulevard that separates the French Quarter from downtown New Orleans. 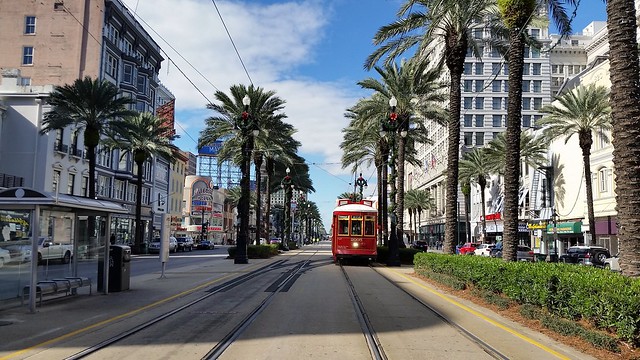 We then walked through the Quarter for a visit to Armstrong Park, a public park that honors the jazz great Louis Armstrong. 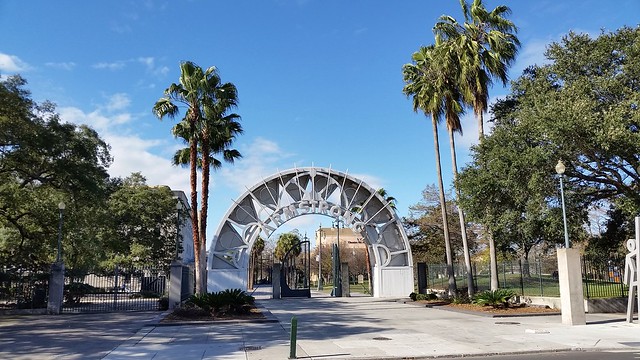 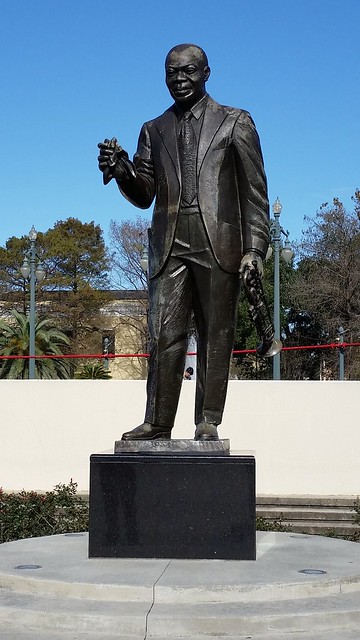 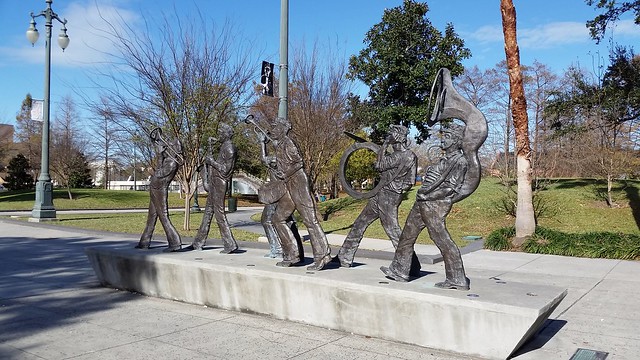 Inside the park is an area known as Congo Square.  In Louisiana’s French and Spanish colonial era of the 18th century, enslaved Africans were commonly allowed Sundays off from their work (the Christian thing to do).  Many would gather in the Congo Square area (a clearing outside the town at that time) to socialize.  The music played there became the foundation in the development of Jazz. 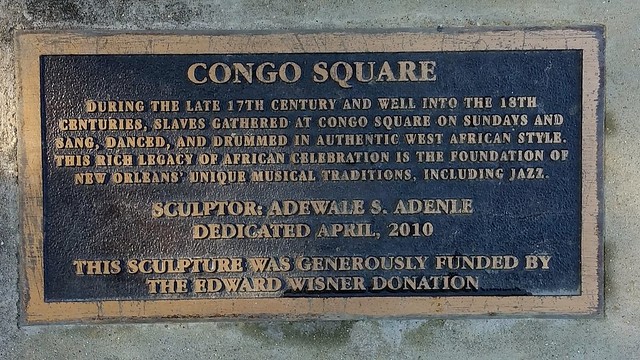 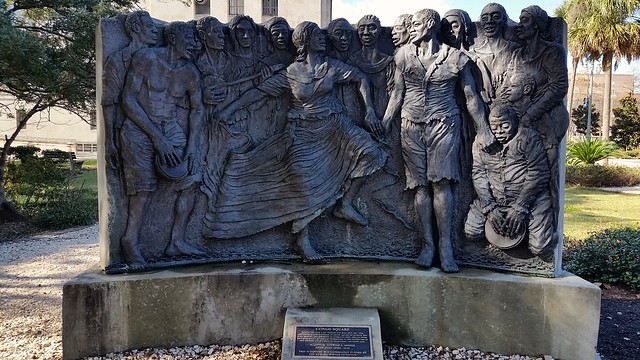 We returned to the Jeep and drove a few miles to the east of the French Quarter for a brief visit to the Ninth Ward, a poor residential area destroyed by Hurricane Katrina.  Today the scars from the flooding are still evident in the many abandoned lots. 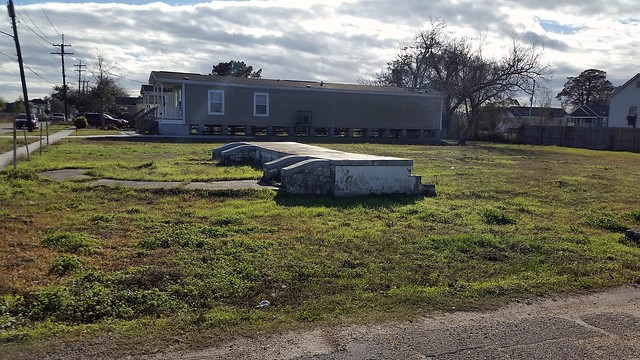 We then drove west of the French Quarter to visit the Garden District, stopping for a few minutes to visit one of the cemeteries with their above ground vaults unique to the low land of New Orleans. 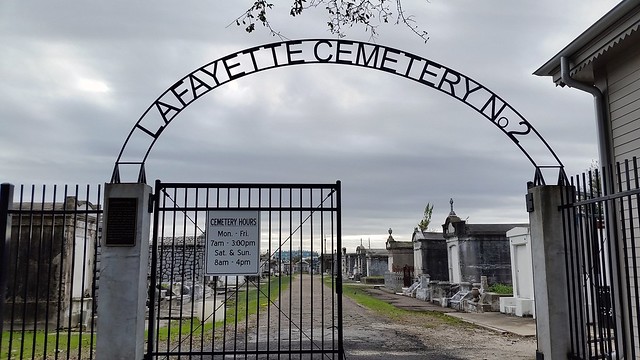 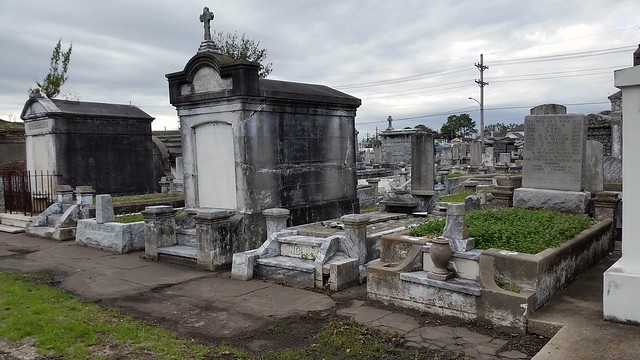 We enjoyed driving around the Garden District looking at the many beautiful homes. 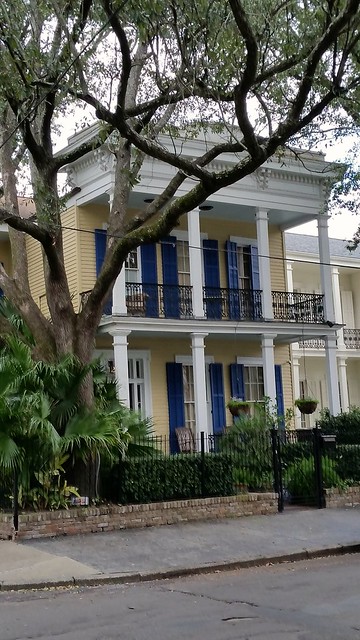 Although the visit was brief, we managed to slip in just about everything we wanted to see (or eat) in New Orleans.  Now it’s time to continue our journey to the west.  Next up is a quick stop to see friends in Houston.

43 Responses to The French Quarter