After the completion of our window repairs north of Tampa, we headed south around Tampa Bay to the village of Cortez, located between Bradenton and Bradenton Beach.  Once there we quickly settled into our site at Holiday Cove RV Resort, a park where we have stayed many times before, and where we will remain until the first of January. 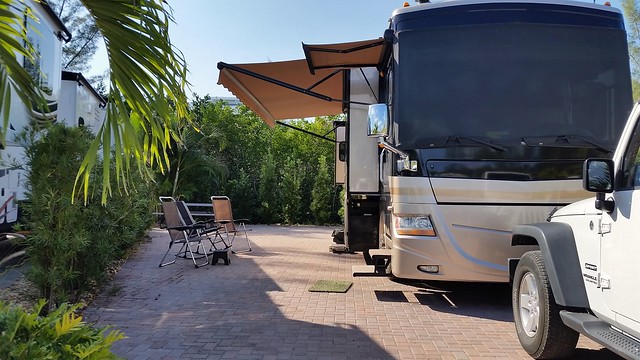 We are in a site that is right across from our little friend, Cody (oh, and his owners, David and Karen).  We’ve enjoyed time in Cortez with them many times before and have also  met up with them in Arizona and Utah for some hiking.

David and Karen own a site backing up to a canal that gives the park water access to the Gulf of Mexico.  They have a beautiful 22′ boat that they keep moored to a dock just behind their site.  Shortly after our arrival David came over asked if we wanted to join him to check out some dolphins that had been spotted in nearby Anna Maria Sound, just beyond  the mouth of the canal.  Who could pass that up?  Cody doesn’t like riding in the boat but couldn’t pass up spending time with his friend. 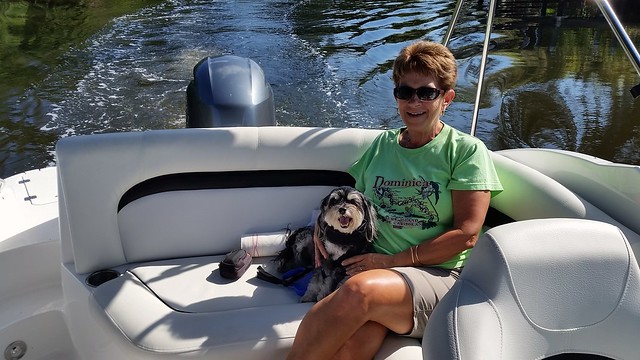 For about a half hour we slowly circled a small area of water watching a number of dolphins swim around us. 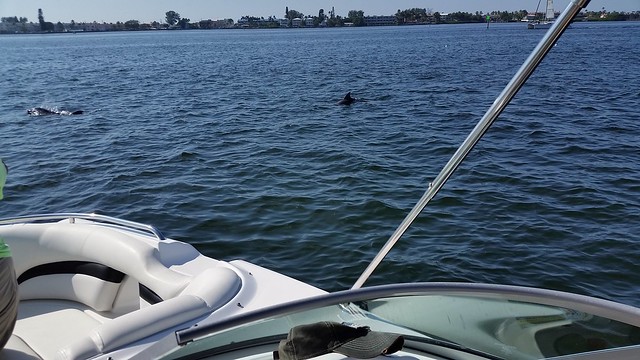 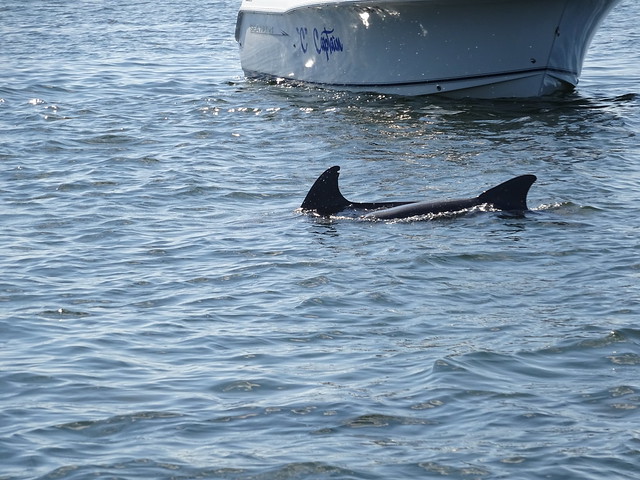 After watching the dolphins, we circled around an island south of the Cortez bridge and spotted a guy and his dogs who appeared to be walking on water! 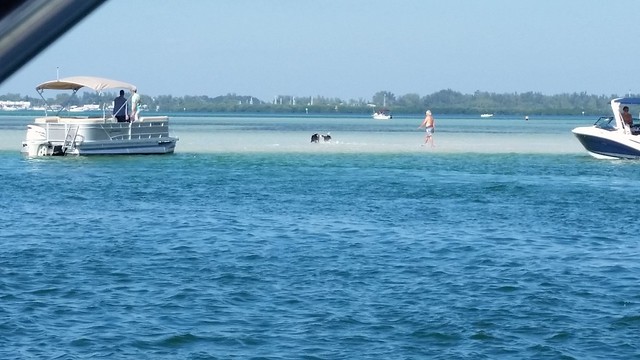 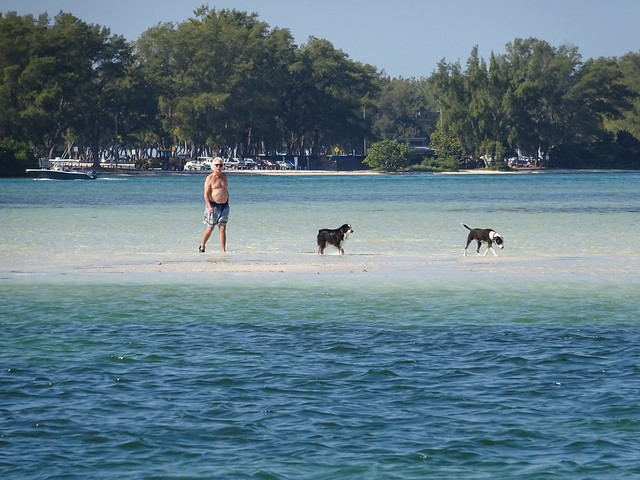 When staying in Florida, we become avid bicyclists (We don’t like hills.  Don’t judge us!).  During one of our rides on nearby Anna Maria Island we stopped at Holmes Beach to check out the sand sculpture. 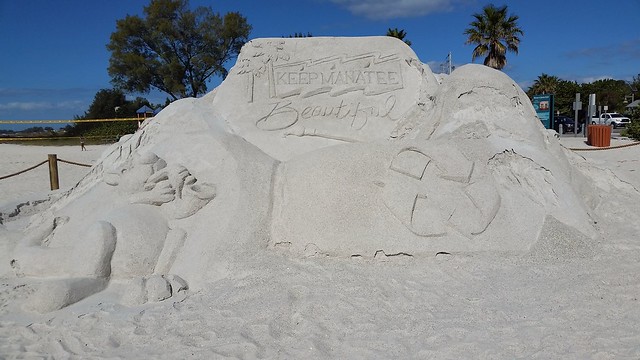 Another day we rode east toward Bradenton to visit a small bird sanctuary! 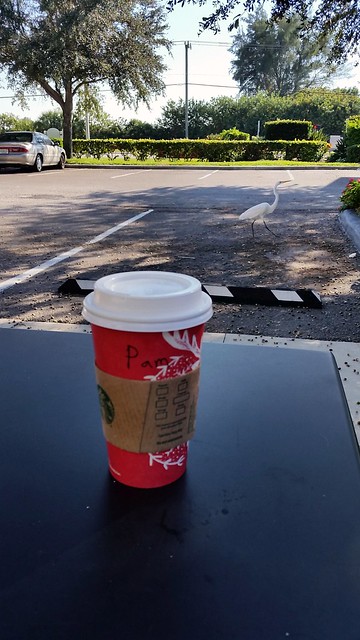 OK, there was only one bird!

The weather has been very nice so we have spent a great deal of time sitting outside visiting with our neighbor. 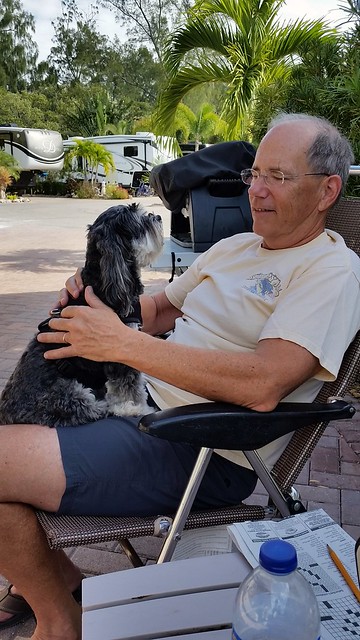 We first came to know Lindsay and Neil a few years ago from comments Lindsay made on our blog.  They often travel to the U.S. and we were able to meet up with them two years ago in Boulder City, outside Las Vegas.  When we found that they were going to be staying in Orlando, we invited them to drive down to Cortez for a visit.   On the day of their visit David and Karen invited all of us to join them for a boat ride up the nearby Manatee River for lunch at Woody’s River Roo Pub and Grill. 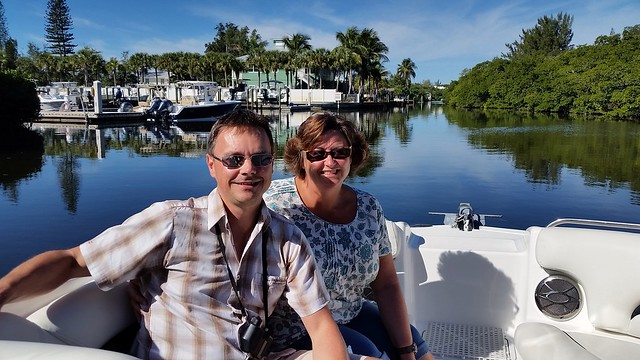 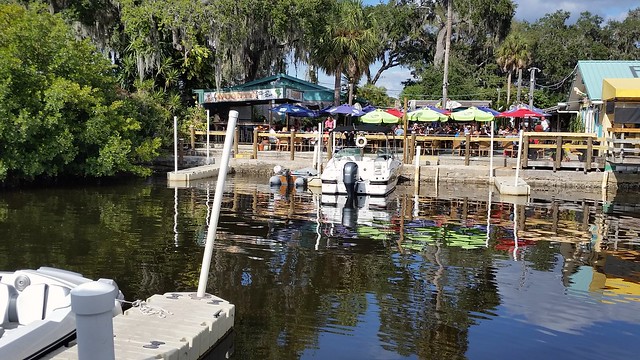 View of David’s boat from our table 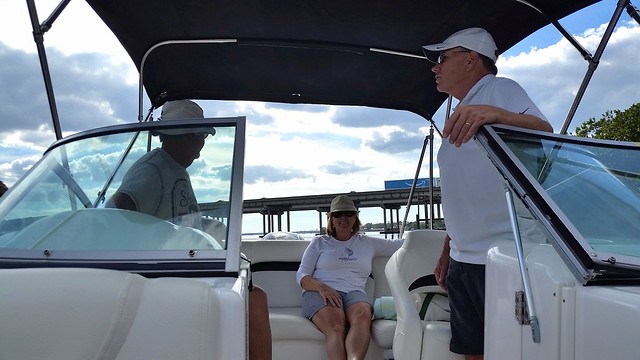 David, Karen, and John after we crossed under I-75

Returning back to the Cortez area after lunch we cruised around the far northern end of Sarasota Bay to check out the White Pelicans. 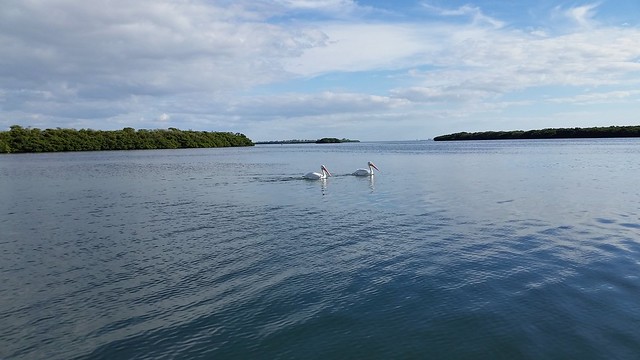 One Pelican caught a rather large fish for lunch.  It was so large the bird had difficulty keeping it in his throat pouch as the fish fought for survival (he lost the battle). 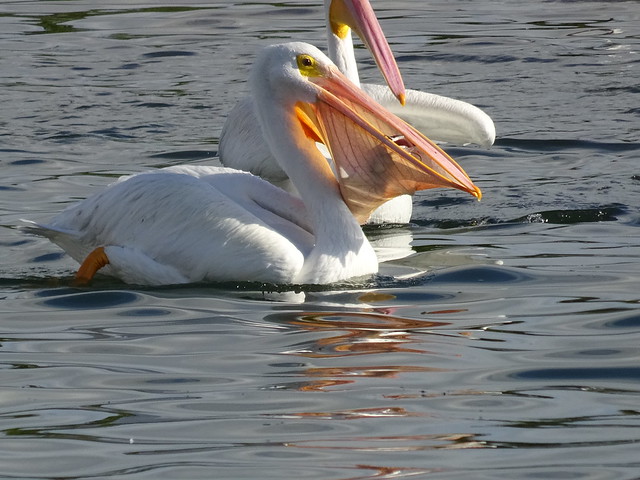 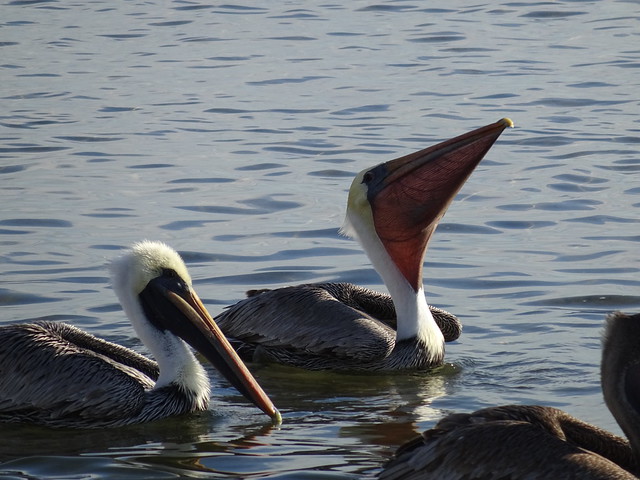 As we returned into Anna Maria Sound we observed two dolphin enjoying themselves in the same area where we spotted them earlier in the week. 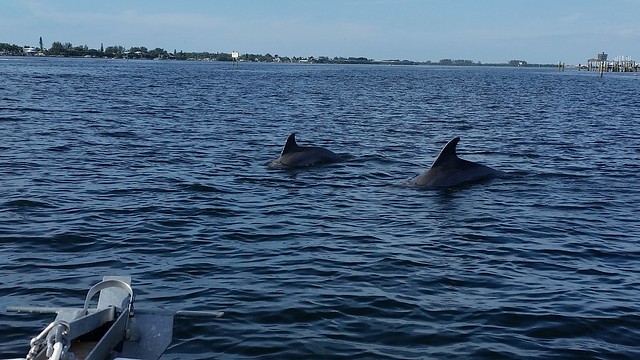 Once back on dry land we took Neil and Lindsay for a ride in the Jeep back out on Anna Maria Island to watch the sunset on the Gulf of Mexico. 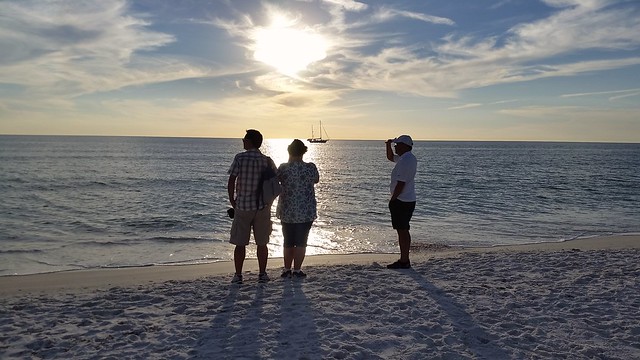 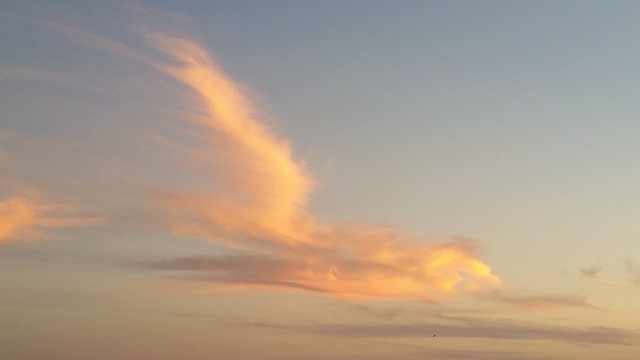 An eagle soars over the beach

A beautiful day with good friends ended with a very nice sunset. 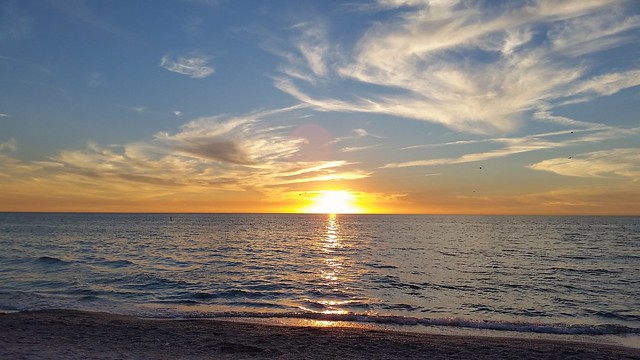