After a six week stay in our former hometown of York, PA, we are now back on the road again (cue the music!).  Before we left we did spend a nice Saturday afternoon with most of John’s relatives.  His nephew, Jamie, lives with his wife, Joanne, and two boys in Phoenixville, a suburb of Philadelphia.  Jamie’s parents (John’s older sister Patty and her husband, Bob) who live in Erie, PA were staying with them while on their way down to Florida.  John’ younger sister, Rachel, lives with her husband Bobby nearby and was able to join us along with their two grown daughters, Courtney and Kelsey (and her boyfriend Chris).  Our daughter Jessica and fiancee Dan rode there with us making the family group almost complete.

We spent a nice afternoon catching up with everyone.  The photo schedule apparently did not include all attendees so we apologize to those who didn’t get in a picture.  But below is a sampling of the attendees. 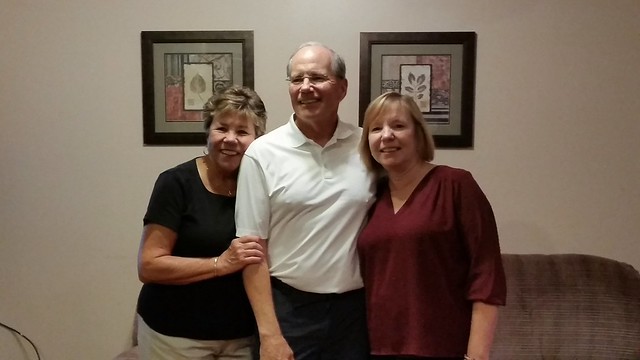 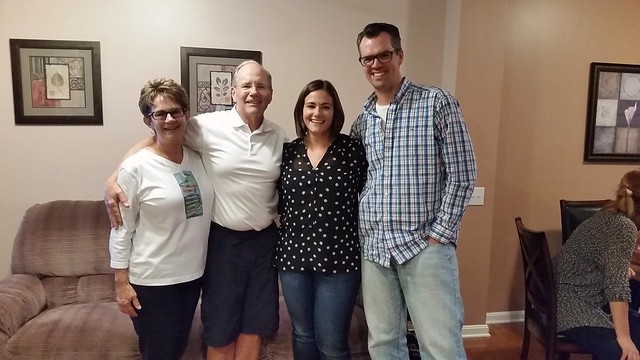 Pam, John, Jessica, and Dan (he’s the tall one on the end) 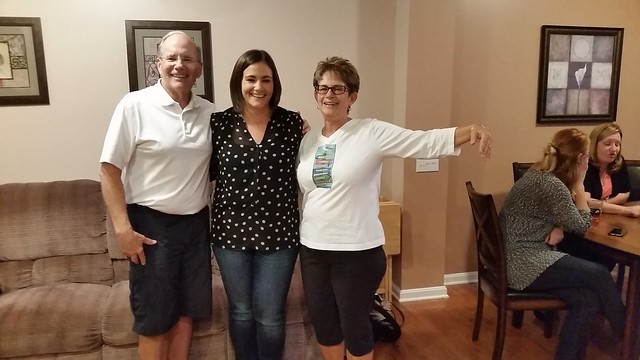 John, Jessica, Pam, and our son Kevin (he’s the missing one on the end) 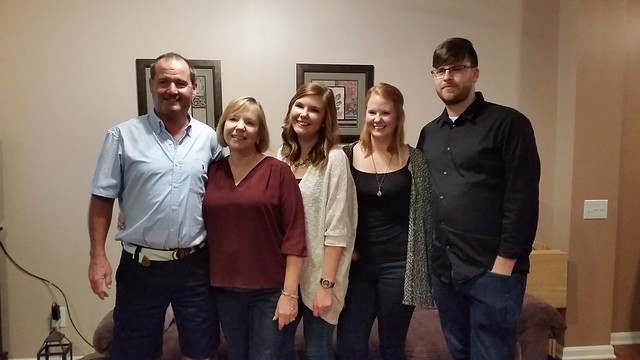 Sunday morning we pulled out of York and headed south toward Gaffney, SC.  We had an appointment on Wednesday at the Freightliner service center there to have the yearly service on our motorhome completed.  The chassis of most motorhomes is built there and they have the best service in the country.

The trip from York to Gaffney can be completed in two day, but we decided to split it into three just to avoid any long drive days.  The first day we drove about 165 miles to New Market, VA where we set up for the night at the Endless Caverns Campground. 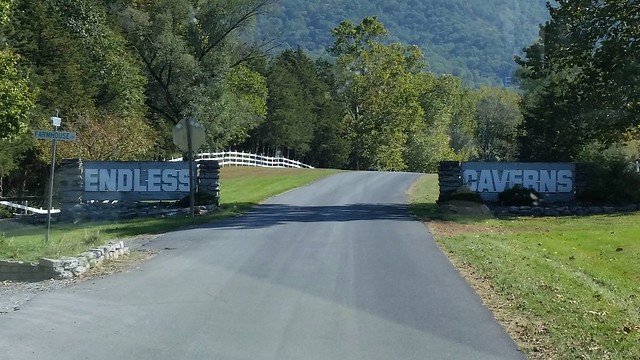 This is a nice campground set on tiers at the base of the mountains.  But while enjoying a football game soon after our arrival, we discovered a definite negative to the facilities, stink bugs!

One of our many “visitors”

Now if you have ever spent any time on the east coast during the past few year you probably have experienced these annoying pests.  We were overrun with them while visiting York two years ago. During our stay this year they were present, but in much smaller numbers.  Before leaving York we checked all their favorite hiding places (they love to crawl inside the slide gaskets) and used the vacuum to suck up as many as possible.  So when we first spotted a few during set up in Endless Caverns we just figured they rode into town with us.  But when we looked out the window later in the afternoon, the side of the motorhome was covered with a large number of them.  In talking with others in the park, we found that the campground was teeming with them.  So for the next few weeks we’ll have that vacuum cleaner running each time we pull in the slides!

The next night we stopped at Ft. Chiswell RV Park where I-81 crosses I-77.  No stink bug infestation here but we did kill a few more during our stay.  The next day we completed the journey to Gaffney and found the last available spot in their lot (with electric).  Wednesday morning our tech arrived a few minutes after 8:00 AM to take the motorhome into the garage, so off we went for breakfast and some shopping. 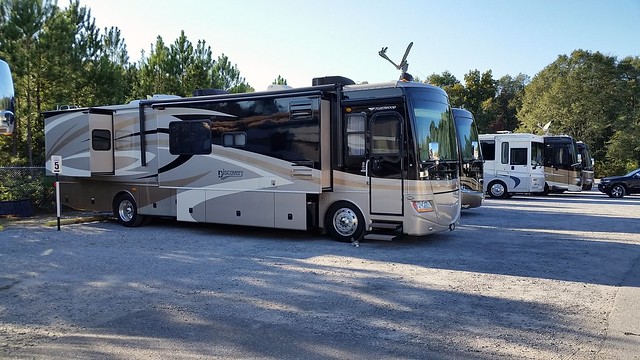 With our service complete we are now headed to Atlanta to visit with our son, Kevin, for a week or so.  More on that later . . .