Posted on October 8, 2016 by placestheygo

Each year while on the east coast we head north for a visit with Pam’s mother, Fran, who  lives in Clayton, NY along the beautiful St. Lawrence River.  During our current extended stay in our former home town we left the motorhome in a park near York and drove the Jeep up to Clayton for a visit.  We always have a few chores to complete for Fran (painting, car waxing, etc.) but do manage to spend some time “down by the river.” 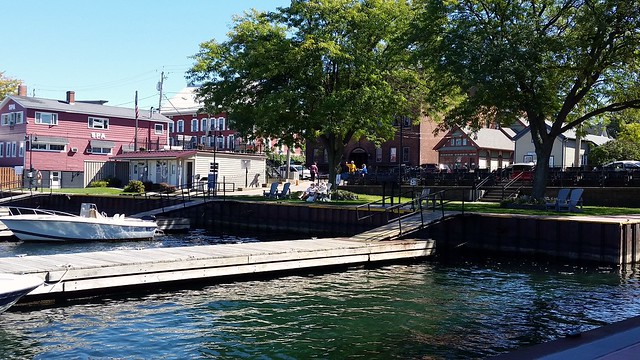 Looking back at the town dock

The St. Lawrence Seaway runs right in front of the village, so large freighters pass by frequently. 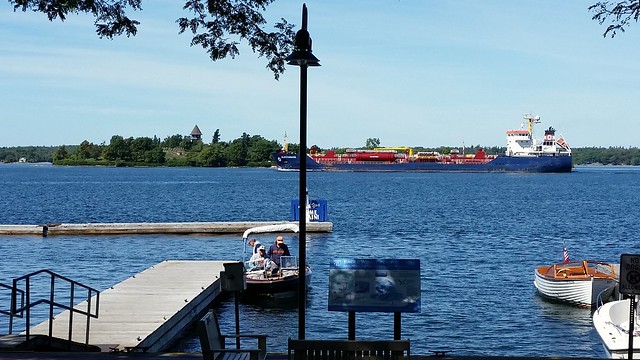 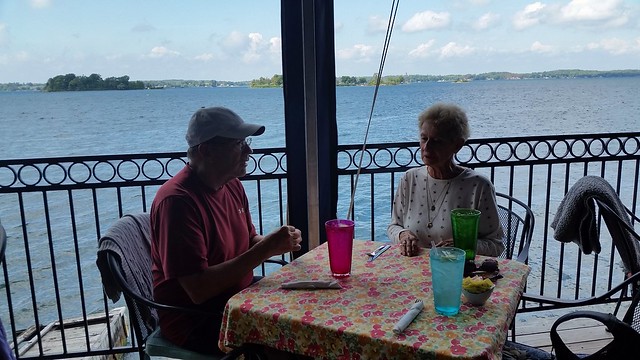 John and Fran enjoy lunch along the river

While in Clayton we learned that friends from the left coast were travelling through the area.  They were able to alter plans and make a stop here, giving us the chance to enjoy some time with our friend, Tessa. 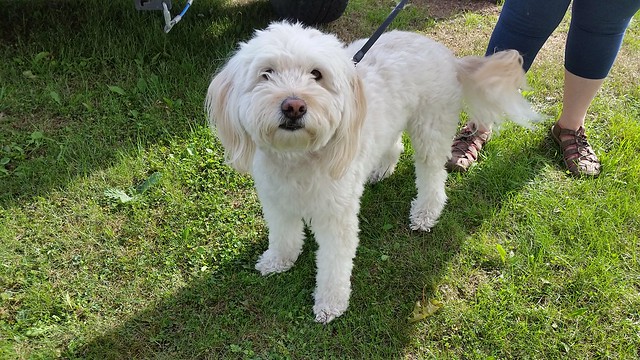 Oh, and Bill and Jodee of On the Road Abode came along too! 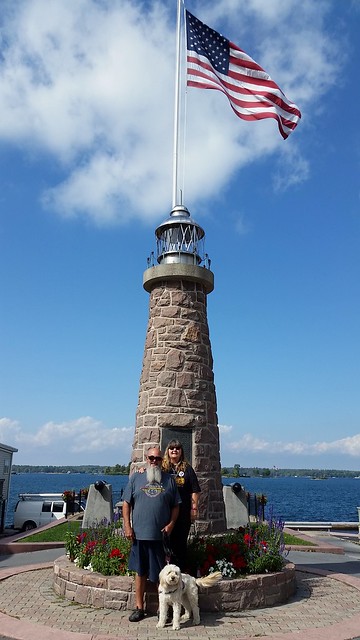 Another photo of Tessa (that’s Bill and Jodee behind her)

While Bill and Jodee were in town, Clayton held their annual car show along Riverside Drive (the main street of the village).  For a small town, it was a pretty nice show. 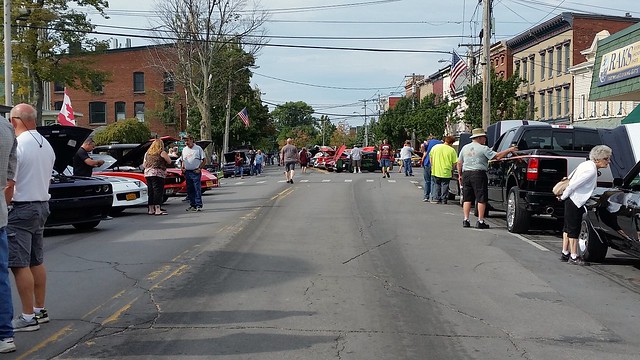 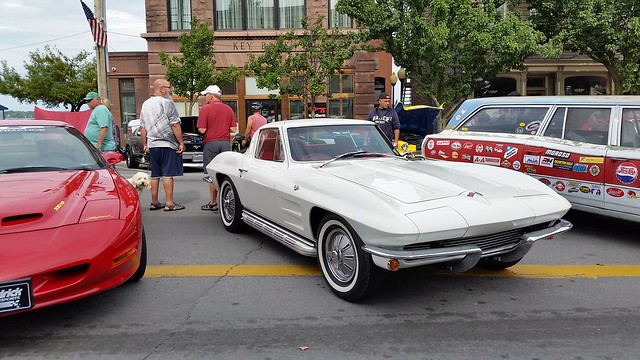 Bill and John chat behind this white beauty 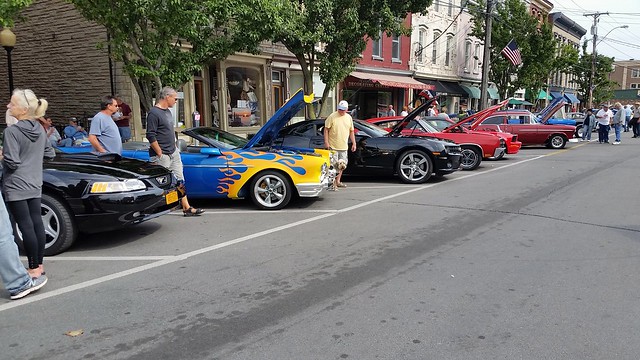 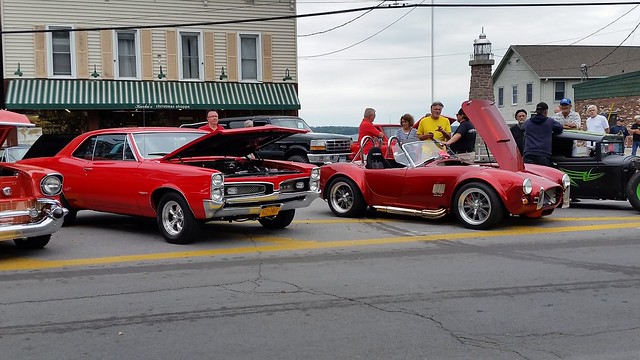 The funny looking car pictured below turned out to have an interesting story.  It is a Centurion X 1/9.   The owner built the car based on plans purchased from an ad he saw in Mechanics Illustrated in 1982.  Back then, for a mere $17.95, you could buy information that outlined how to build the car.  It was not a kit.  The buyer of the plans would search out the parts needed (new or used) and then build the body from scratch using fiberglass over a foam core. 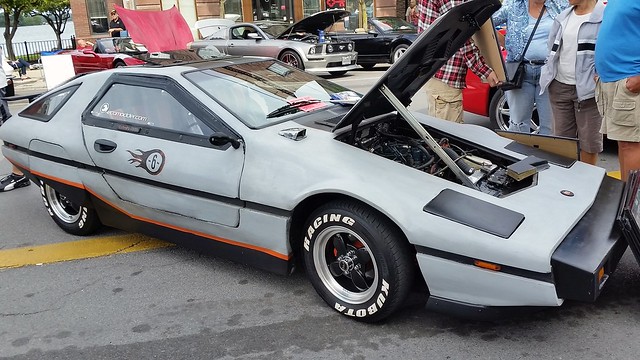 Following the blueprints, including using a small Kubota diesel engine in the aerodynamic body, the finished project was advertised to deliver as much as 128-mpg! 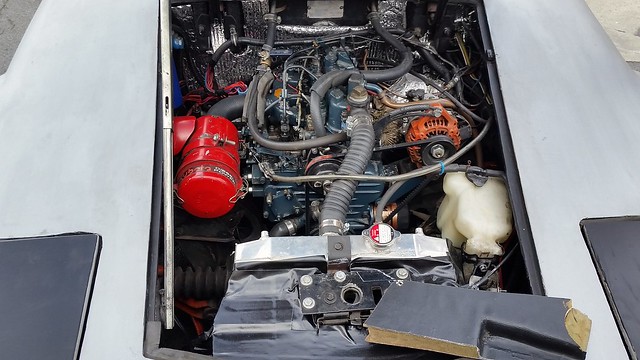 After enjoying the car show we took a drive southwest along the river.  The main road eventually turns south as it heads around Lake Ontario, but if you continue straight at that turn, a narrow road goes out to a point where Lake Ontario turns into the St. Lawrence River, the location of Tibbetts Point Lighthouse. 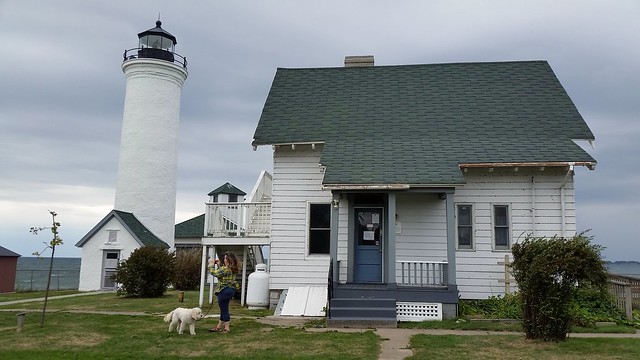 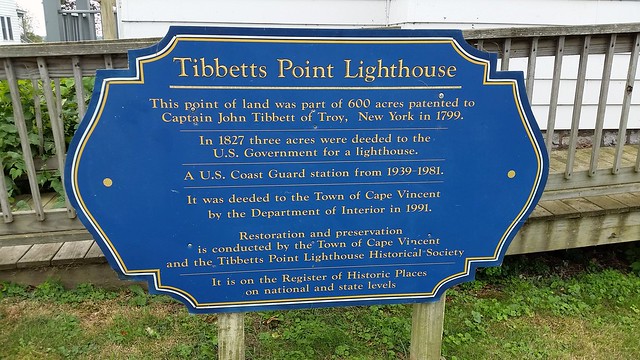 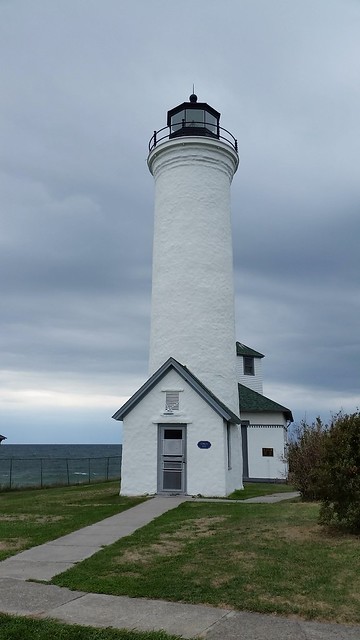 You can’t go up in the tower as it is still a working lighthouse operated by the Coast Guard. A Fresnel lens, one of only 70 still operational in the US, is still used. 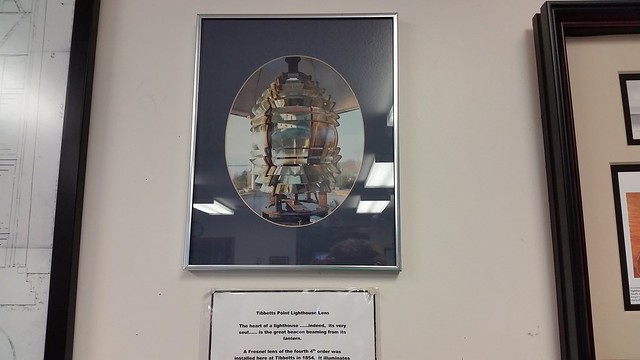 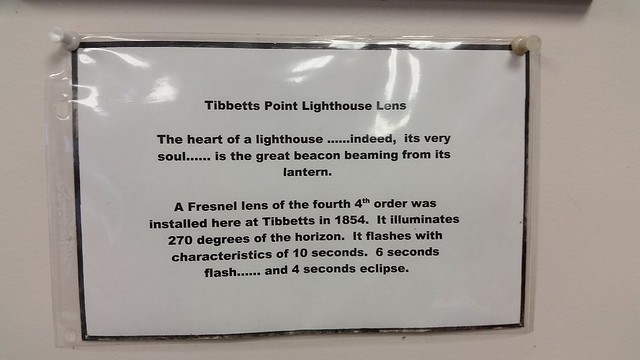 A few days after Bill and Jodee headed for Vermont we walked down to the town dock to enjoy a beautiful fall afternoon along the river.  As we passed Frink’s Park, a small park next to the river, we came upon a fire truck parked along the dock with a large American Flag hanging from the extended ladder. 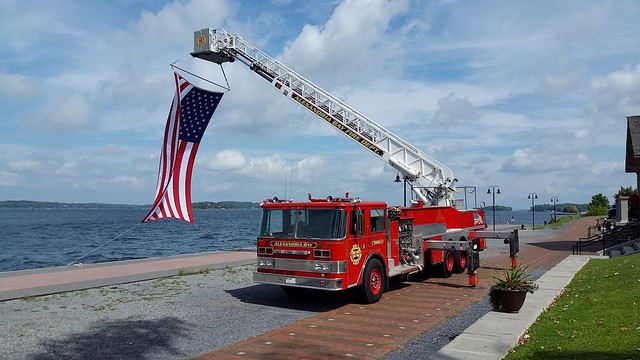 It turned out that a local organization was honoring troops of the 10th Mountain Division from nearby Fort Drum who had recently returned from Afghanistan.  Troops participating were outfitted with fishing gear and taken out on the river by local volunteers who own fishing boats. 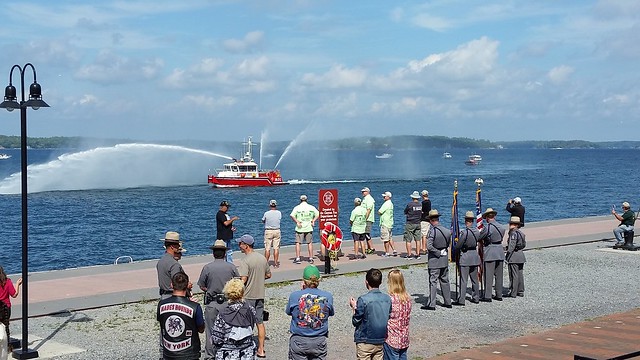 The boats returned the troops to the dock in a parade lead by the local fire company’s fire boat.  On the dock they were met by an honor guard from the NY State Police and one of the police officers sang the National Anthem. 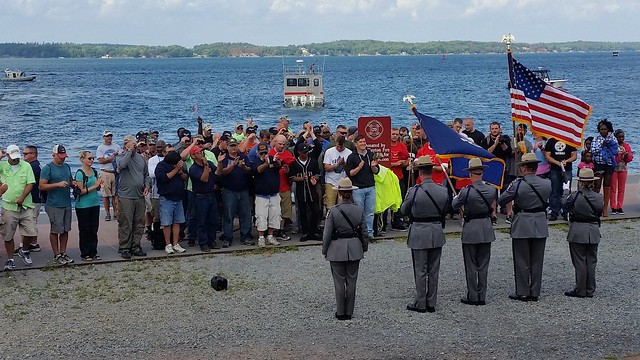 The following weekend the village hosted an annual jazz festival, with groups performing all day at various locations along the river.  We sat at Frink’s Park and enjoyed some great music. 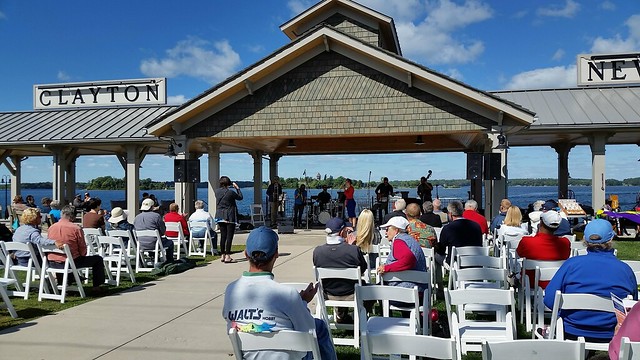 Kimberly Hawkey, a jazz vocalist, performed with members of two groups, Brighton Beat and Fritzel’s, backing her up with instrumentals. 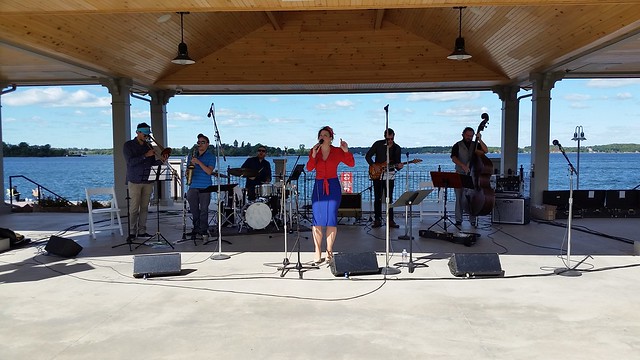 During the performance a freighter heading up river provided a nice, mobile background. 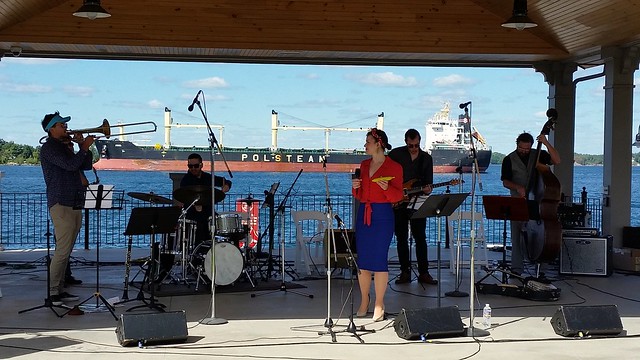 After a ten day stay in Clayton we returned to the motorhome in York where we’ll be staying until the middle of October.  Then, we point the motorhome to the south and head for South Carolina.