Posted on September 29, 2016 by placestheygo

It has been a while since we last posted as we’ve spent much of our time with mundane tasks like medical appointments and getting the Jeep serviced.  Oh, and we have also spent time with daughter Jessica and her now fiancee, Dan.  Yes, during our visit Dan finally popped the question!  Looks like we’ll be having a wedding soon. 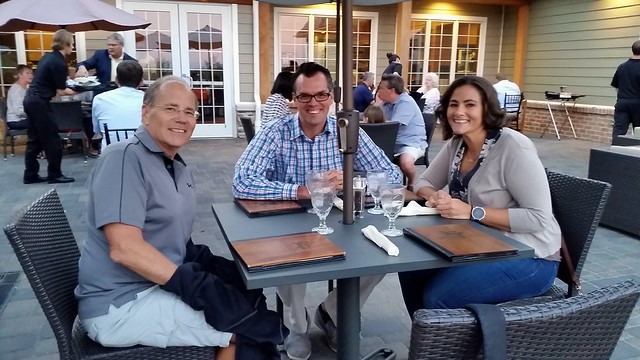 We have taken time for a few “fun” activities during our stay here.  One sunny Sunday afternoon we attended a great food truck festival at a park in downtown York.  The food trucks parked along the curb on the streets surrounding the one block park. 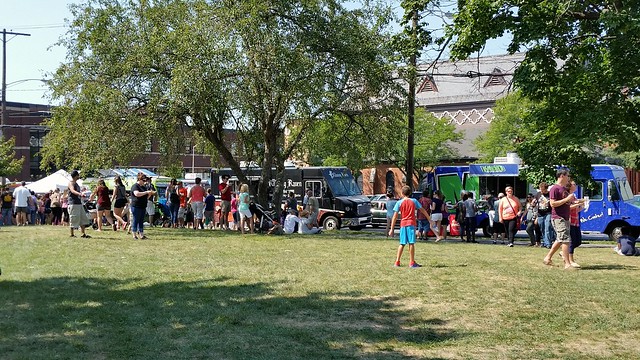 After making a purchase (a difficult choice) we spread out a blanket and enjoyed our food sitting on the grass in the shade of a large tree. 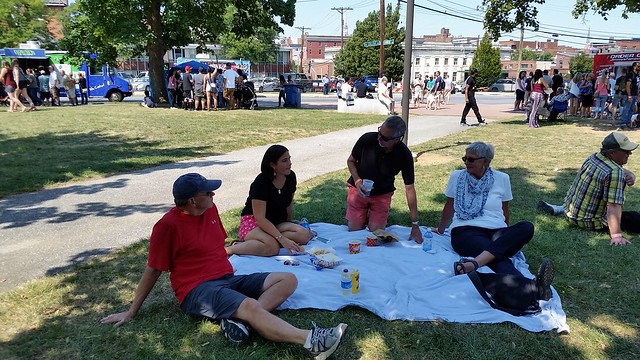 We needed to work off some of the calories gained at the food truck event so the next day we did a six mile hike around nearby Lake Redman. 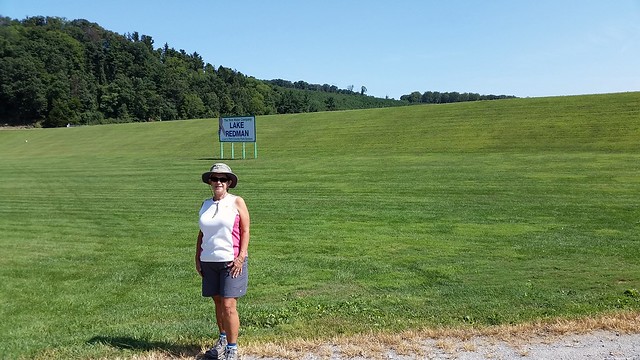 It’s a school day, why is this young hiker on the trail?

To get to the trail we parked in a lot just below the dam, then walked across the top of the dam on a maintenance road. 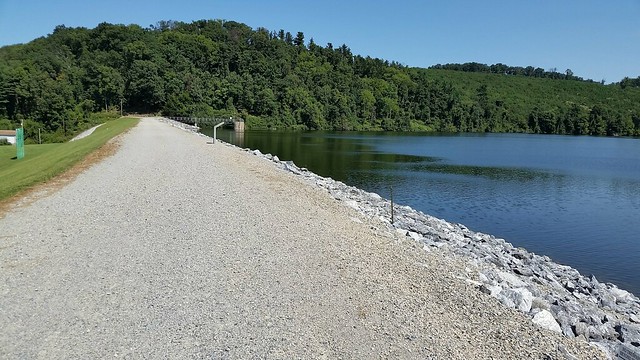 The main obstacle we encountered on this trail is a tunnel that goes under I-83. 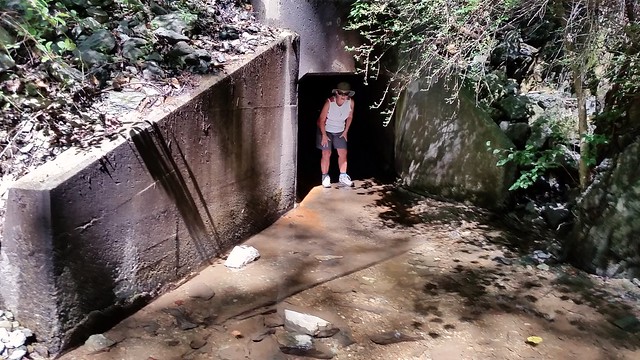 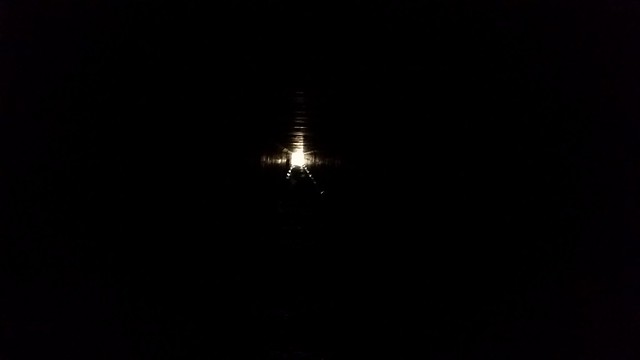 The light at the end of a tunnel, literally

As the trail goes around the lake, we had many great views of the water below us. 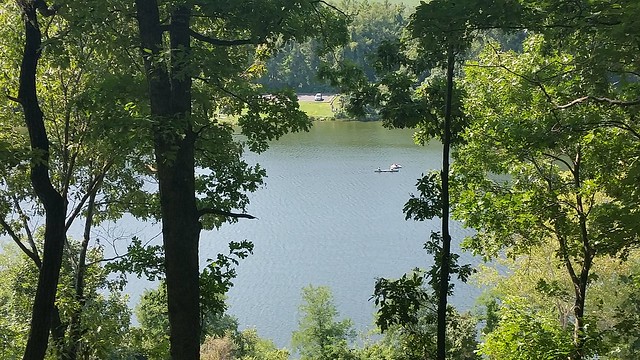 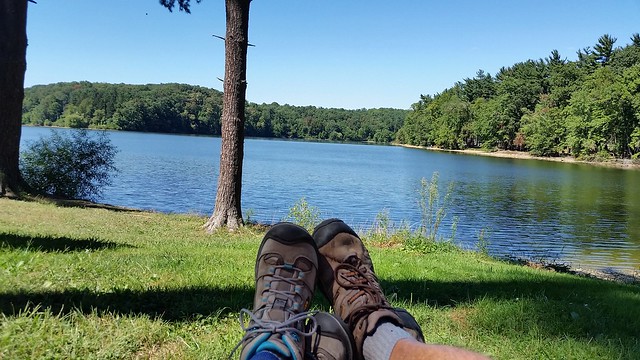 While here in York we had to do some maintenance on our new Winegard satellite dish.  Since it was installed we have had trouble receiving some stations, especially late in the day.  Channels like ESPN, CNN, and TNT would come in at times, then would not come in other times in the same day.  John contacted Winegard and, as per their request, sent them photos of the dish in various positions.  They diagnosed a bent feed arm and sent a replacement under warranty. 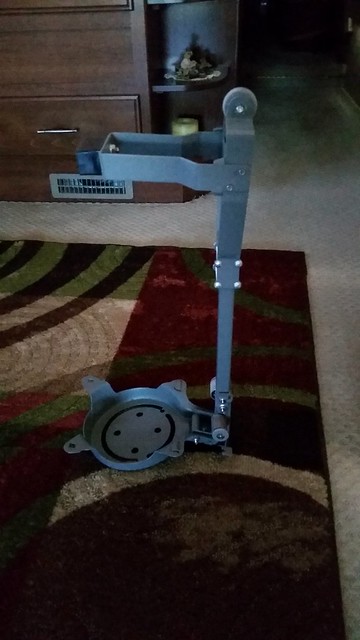 After the new feed arm arrived, John headed up on the roof to install it. 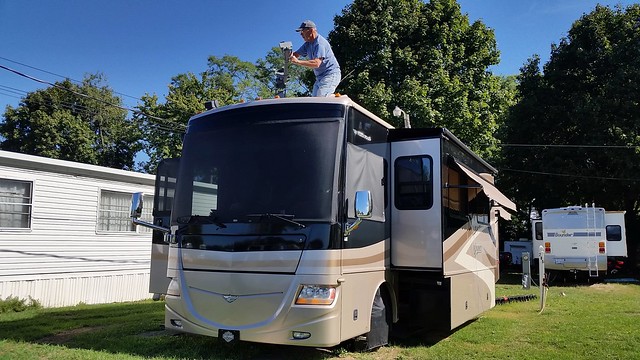 He first had to remove the reflector (the part that resembles a “dish”). 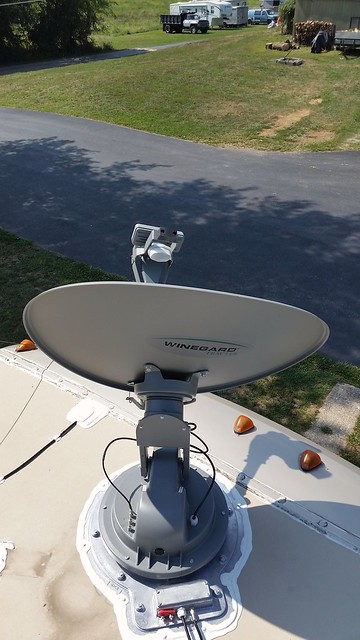 Then he carefully removed the LNB (the plastic oval at the end of the feed arm) before removing the damaged feed arm. 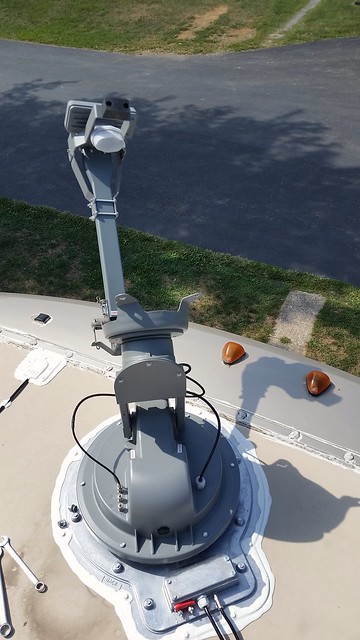 Once the replacement feed arm was installed and the reflector was back in place, the dish worked as advertised.  We stored the dish (it automatically folds down for travel) and re-deployed it to be sure it could find the three satellites it needs to see.  Now all signal measurements are strong and we are receiving all channels.

Leaving the motorhome in York, we recently drove the Jeep north almost 400 mile to Clayton, NY right along the beautiful St. Lawrence River for a visit to Pam’s mother.