Through West Virginia to Pennsylvania

Posted on September 4, 2016 by placestheygo

After visiting friends in Oxford, OH, we took four days to drive to our former hometown of York, PA.  It doesn’t take that long to do the drive but we had time to kill before our reservation date in York.  The first stop was in Cambridge, OH where we stayed at a nice park (Spring Valley Campground) just off the interstate for two nights.  There was not much to do in Cambridge but we always enjoy visiting small towns in our travels.

After that we drove just a bit over a hundred miles to Morgantown, WV where we stayed two nights in Mylan Park.  Mylan Park is a community park just a few miles west of Morgantown.  It has a number of recreation fields and indoor facilities used by the local community.  One of the large parking areas has some full hook-up RV spots that are used mainly by people attending football games at nearby West Virginia University.  So it’s not a good place for an extended stay but works well for a night or two. 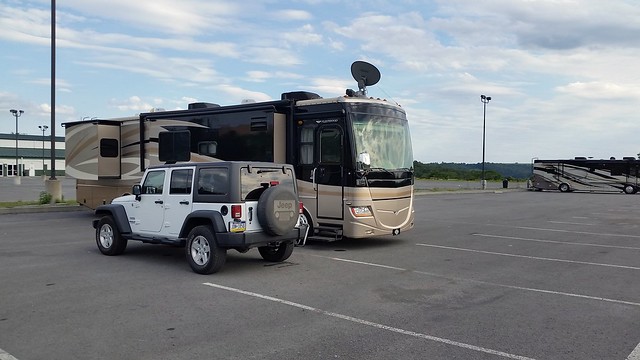 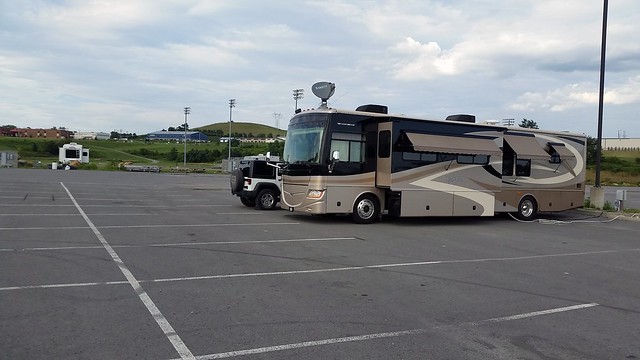 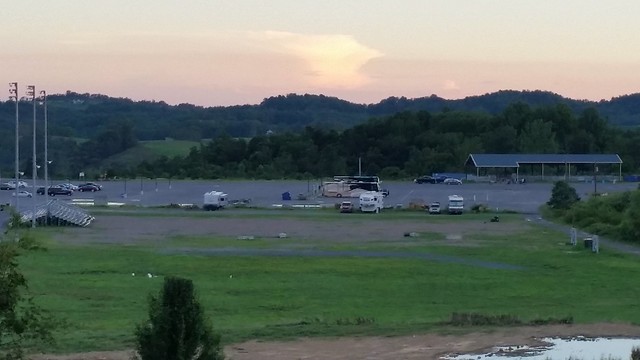 Looking down at the RV area from a nearby hillside

West Virginia is the brunt of many jokes about the local population being a bit “backward” at times, a stereotypes that may or may not be deserved.  But it wasn’t long before we had an experience that just reinforced that picture.  After setting up the motorhome we drove to a nearby coffee shop (one of those chain stores based in Seattle) for a little refreshment.  As we got out of the Jeep we heard a strange sound emanating from an Audi parked next to us.  We peered in the open window and found that we were looking at a goat sitting in the driver seat! 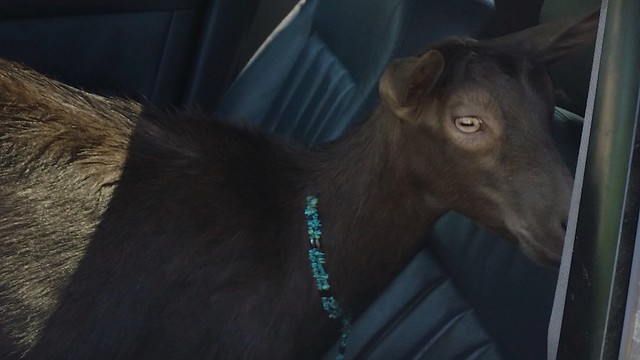 They let anyone drive a car in WV!

We were looking to stretch our legs a bit after the drive from Ohio so when a stop at a visitor center revealed that a park with a scenic overlook was nearby, we headed there for a visit.  Dorsey’s Knob is a 70 acre park just south of the downtown area.  Its main feature is Sky Rock, which stands about 600 feet above the town. 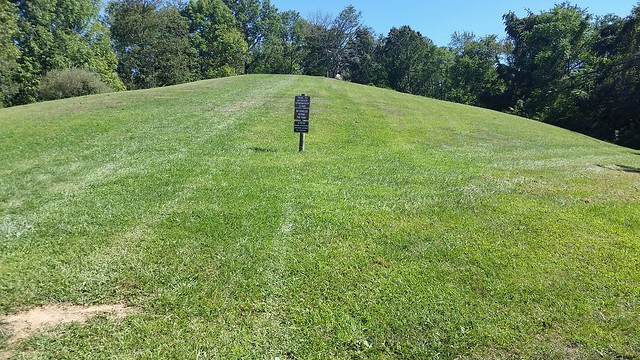 The sign at the base of the trail was pretty intimidating, but we didn’t see anything resembling the mountains of southern Utah so we figured we would be able to make the climb. 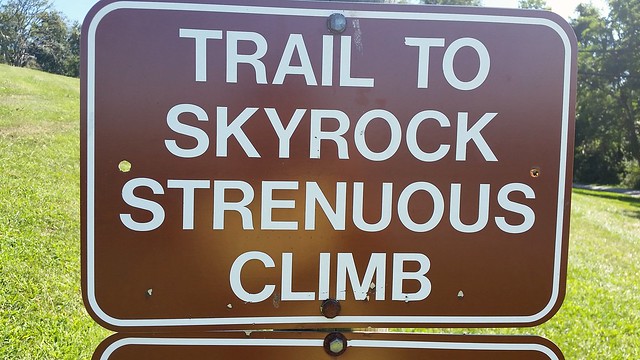 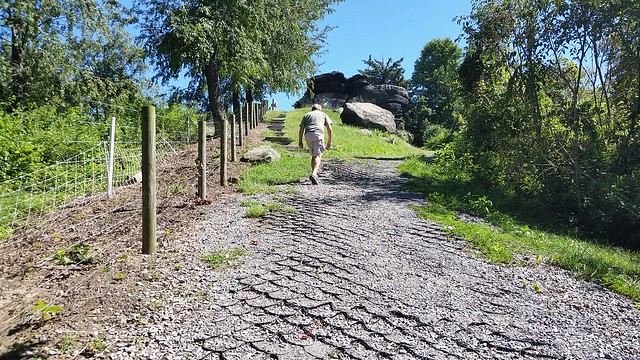 Heading up the strenuous section of the short trail 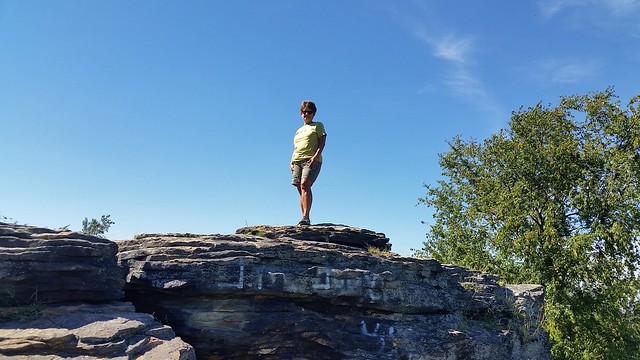 A WVU cheerleader was posing on Sky Rock

The view from Sky Rock was nice, but tree blocked the best angles to the city. 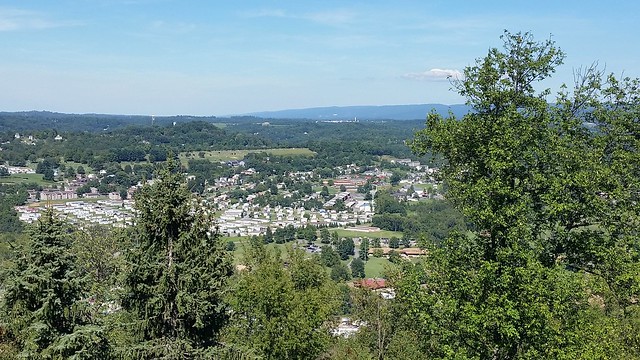 The next day we parked along the Monongahela River to explore a nicely paved bike trail that runs through Morgantown along the water.  The trail was very nice but not much of the river bank has been developed so there wasn’t much to see.  We did pass a couple of small restaurants and a very nice outdoor pavilion right on the water. 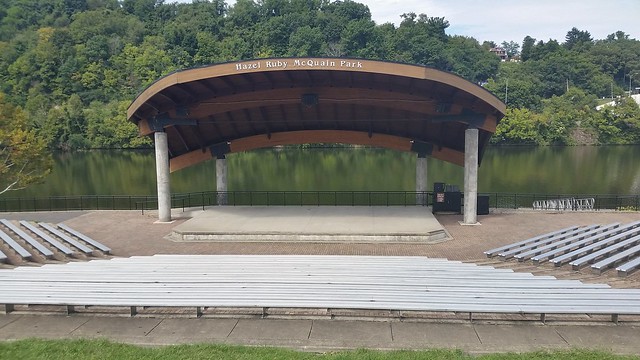 After enjoying the bike trail we put the bikes back in the Jeep and drove about 25 miles east of town to visit Coopers Rock State Forest. 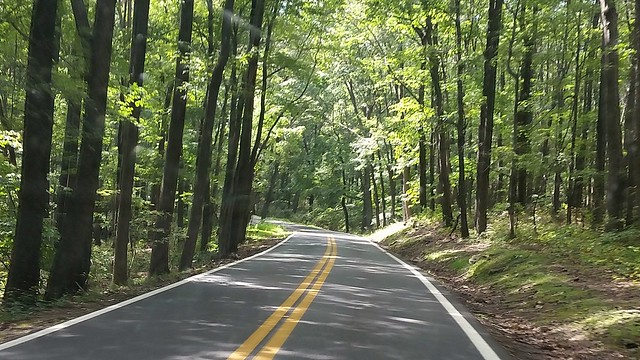 The tree-lined road leading in to the forest

Coopers Rock State Forest gets its name from a legend about a fugitive who hid from the law near what is now the overlook. A cooper by trade, he resumed making barrels at his new mountain hideout, selling them to people in nearby communities. He lived and worked in the forest for many years.  During the Depression the Civilian Conservation Corps (CCC) built numerous structures in the forest, including a scenic overlook with a nice view of the surrounding area with the Cheat River winding its way below. 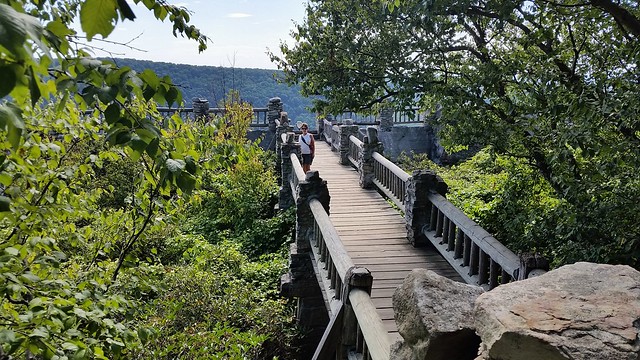 Walkway to the overlook 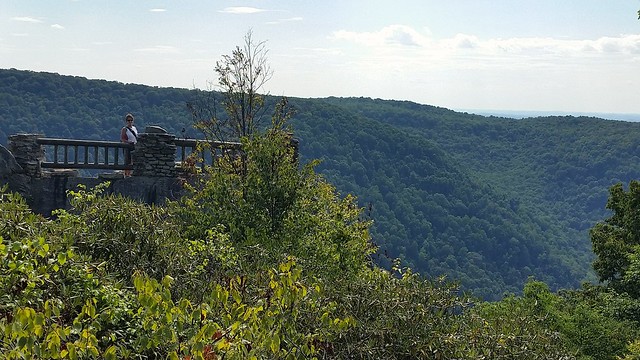 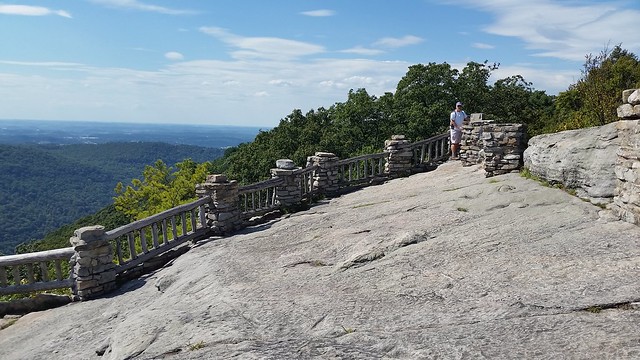 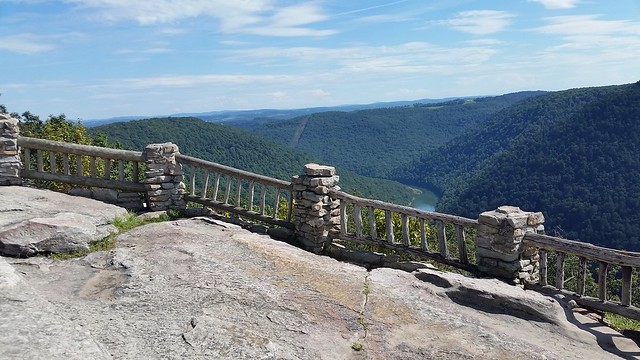 The large rock outcropping fenced in by the CCC had many old graffiti carvings dating back many years.  One dated 1897 caught our eye. 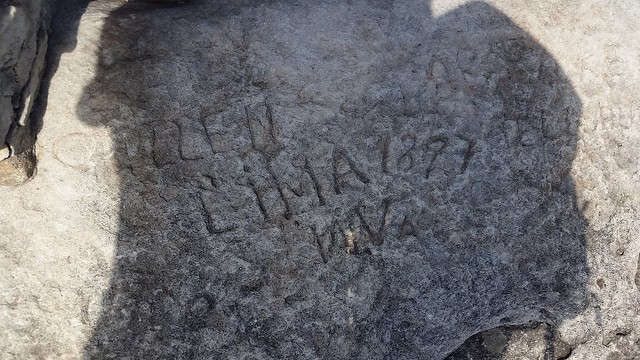 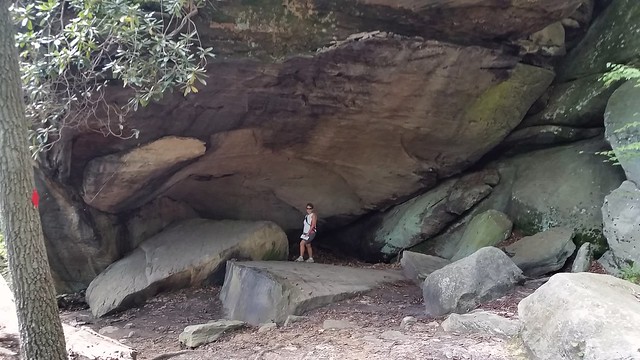 Returning to the Jeep we drove about five miles to another section of the park where a trail leads down to the remains of an old iron furnace. 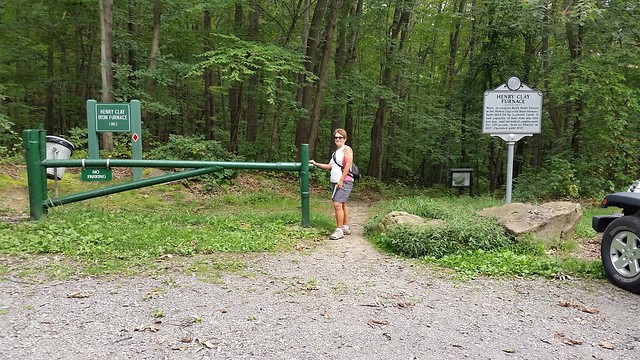 The furnace was built between 1834 and 1836, and is a 30 foot square, 30 feet high stone structure in the shape of a truncated pyramid.  The furnace may have continued to operate until 1868 when all the Cheat River iron works ceased production.  During peak operation years the area around the furnace was stripped of all trees (used to make charcoal for the furnace) and was surrounded by a community of over 200 people.  Today all the structures except the furnace are gone and the forest has reclaimed the area. 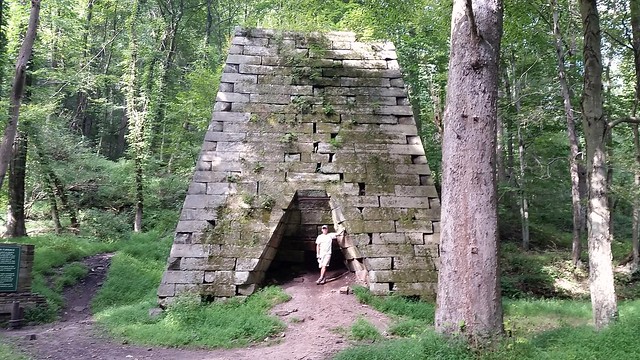 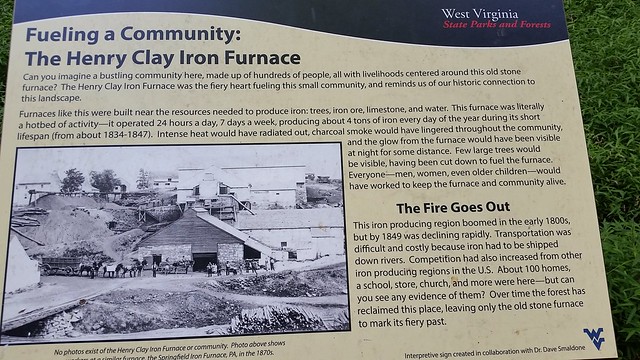 After two nights in Morgantown we continued our journey eastward across I-68 through West Virginia and Maryland before turning to the north into Pennsylvania. 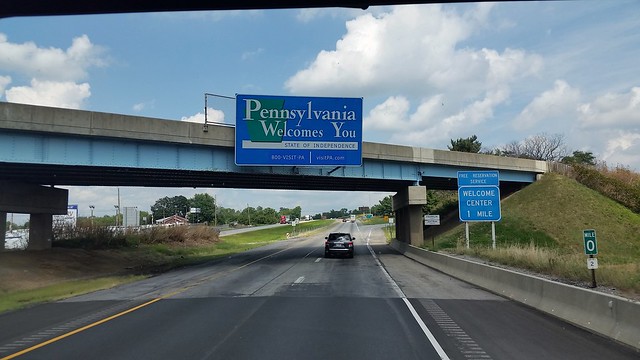 We are now settled into a small RV park just a few miles from our daughter’s home in York.  We’ll be staying for about a month and half visiting family and friends and completing yearly medical appointments.  Then it will be time to head south as the weather begins to change.

35 Responses to Through West Virginia to Pennsylvania