A Few Days in Champaign, IL

Sunday morning we left Shady Creek COE Park along the Mississippi River southwest of Davenport, IA and headed east into Illinois.  After about 200 miles we pulled into D & W Lake RV Park just north of Champaign. 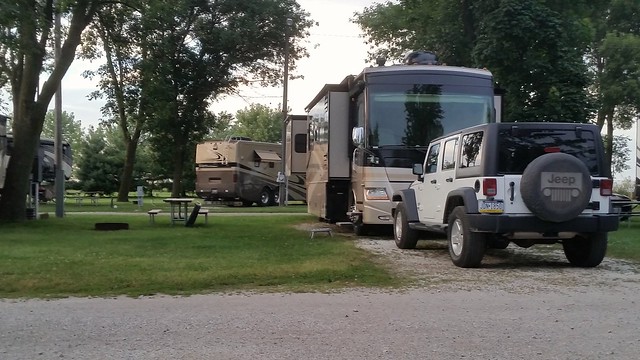 This is a nice little park sitting next to a small lake, giving us a nice view outside our front window. 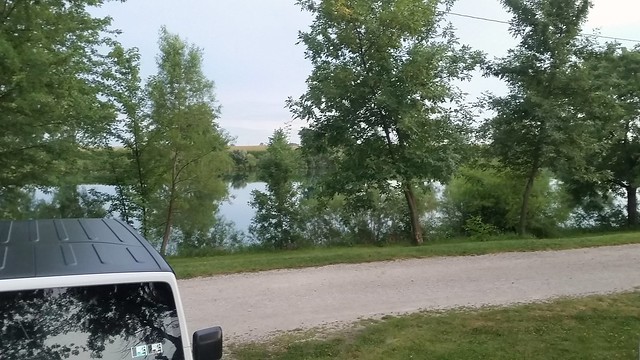 Our Torrey, UT friends, Larry and Annette, are familiar with Champaign (Larry lived here in his “younger” days).   When they saw on Facebook that we were here, they quickly informed us that we should not miss enjoying a lemon custard with cold fudge from Jarlings Ice Cream and Frozen Custard Shop.  They sure were correct, the dish was delicious! 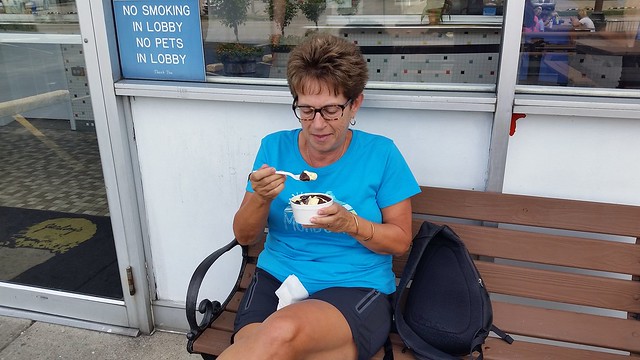 We spent three days in Champaign but it rained hard throughout day one and the temperature was in the 90s with high humidity on day two.  Finally the sun was out and the humidity dropped just a bit on day three so we headed into town to ride bikes around the campus of the University of Illinois. 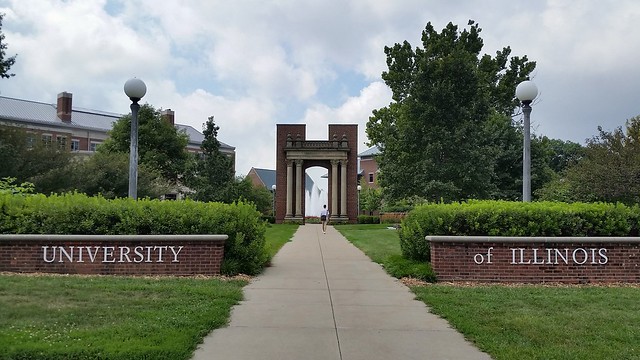 While in an urban setting, there is a definite campus feeling to the school, with two quad areas in the center of the academic area. 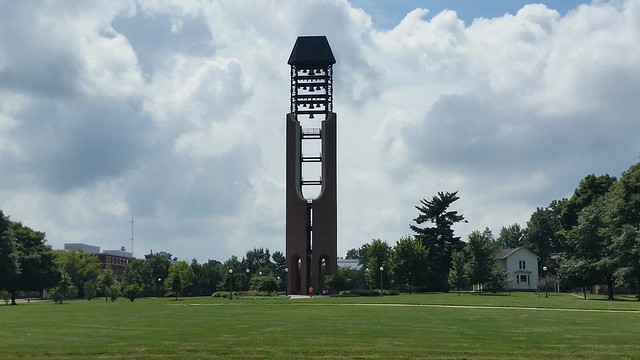 The McFarland Carillon (Bell Tower) on the South Quad 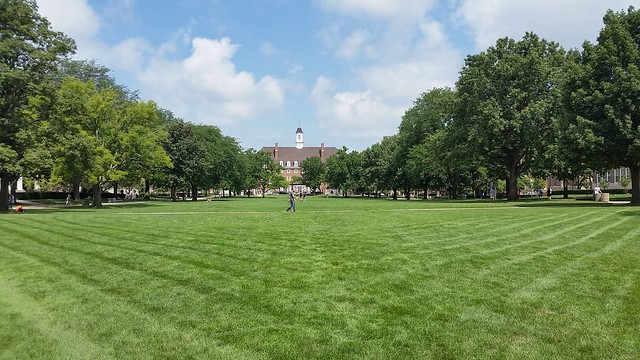 Looking north toward the Illini Union Bldg. on the Main Quad 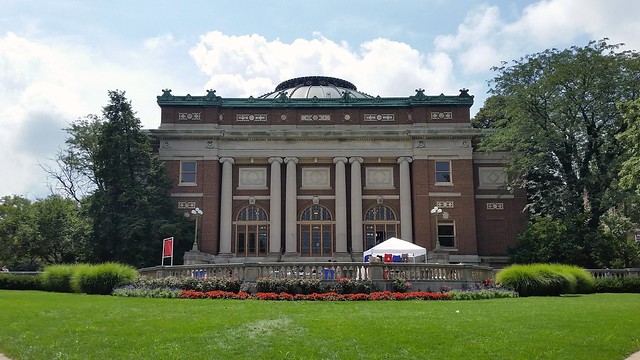 Foellinger Auditorium at the south end of the Main Quad

Memorial Stadium is home to the Fighting Illini football team.  The stadium, completed in 1924, is a memorial to the students from the school who died in World War I.  Their names are engraved on the nearly 200 pillars surrounding the stadium’s facade. 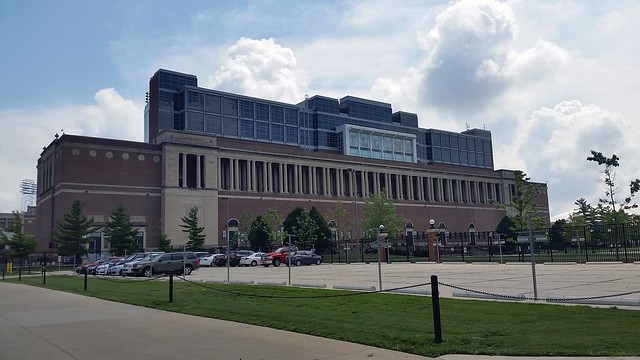 A beautiful statue located in front of the main entrance honors Red Grange, a legendary figure in college football who played here in the 1920s. 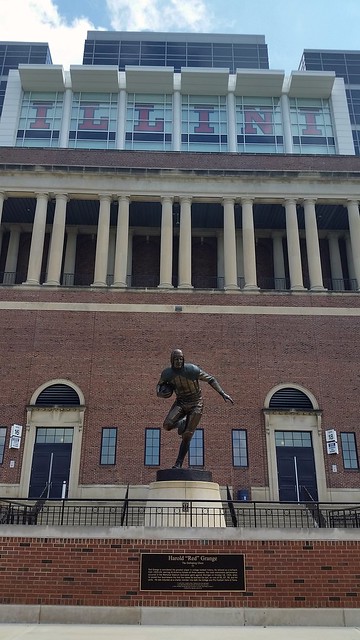 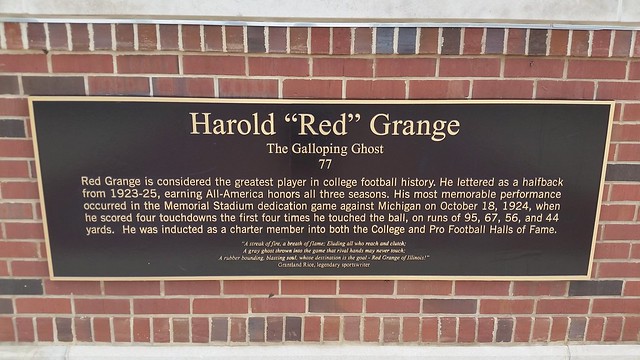 The stadium has been renovated numerous times over the year and has a seating capacity of 60,670 .  An interesting story involves the original construction of the playing field.  Heavy rain during the construction resulted in a bulldozer sinking into the field.  It was decided the expense of removing the bulldozer would have been greater than leaving it buried under the field, and it remains there today.  Is it a myth or reality, who knows! 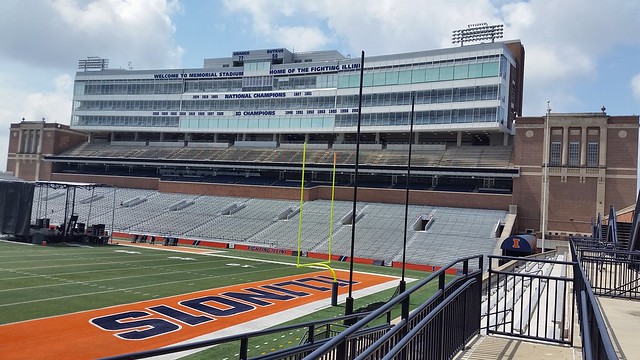 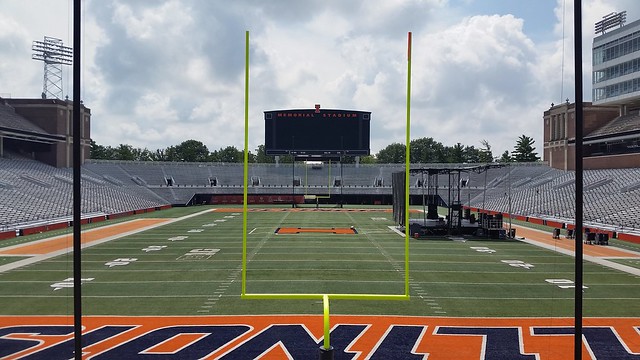 Across the street from Memorial Stadium is State Farm Center.  State Farm Center opened as an Assembly Hall in 1963.  From 1963–1965 Assembly Hall was the largest dome structure in North America until the opening of the Astrodome in Houston.  The roof is supported by 614 miles of quarter inch steel wire wrapped at the base of the dome under intensive pressure.  The building is undergoing renovation outside so we couldn’t get inside. 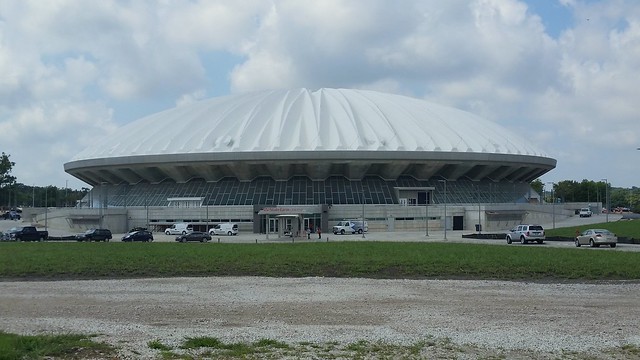 Returning the the motorhome we enjoyed a beautiful view over the lake at sunset. 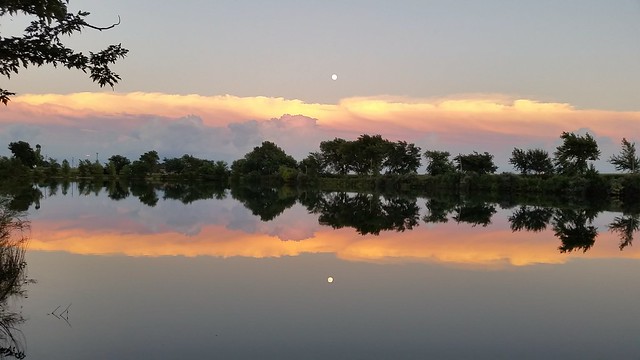 Next up on our journey is a short visit to Indianapolis.  More on that later . . .

18 Responses to A Few Days in Champaign, IL