A Visit to Sioux Falls, SD

As we continued our trek east on I-90, we stopped for a few days in Sioux Falls.  One of our activities there was to ride a great bike path from a spot near the airport down to Falls Park, a nice area on the Big Sioux River with the falls that gives the city its name. 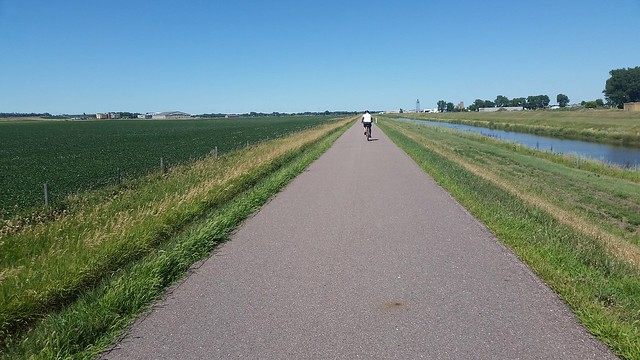 Arriving at Falls Park we stopped at the information center, which has a four story observation tower with a great view of the falls. 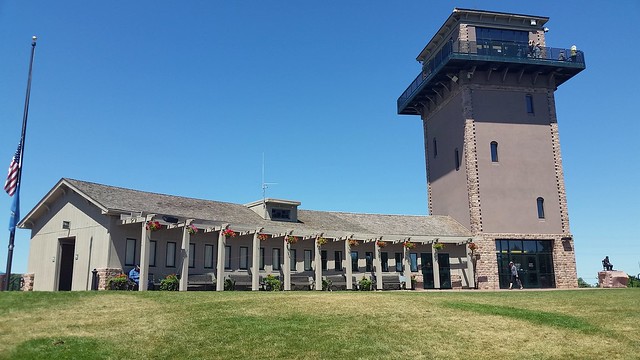 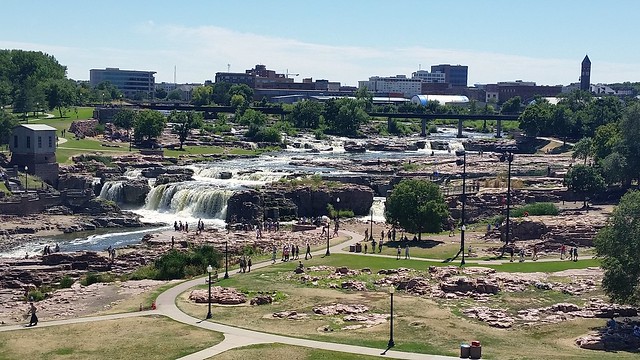 View from the observation tower

After seeing the falls from the top of the tower we walked through the park to get some different views of the river. 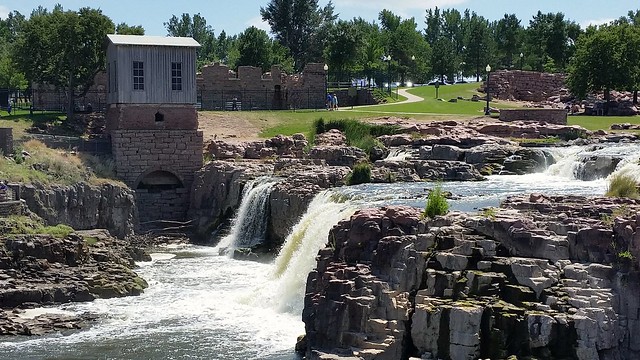 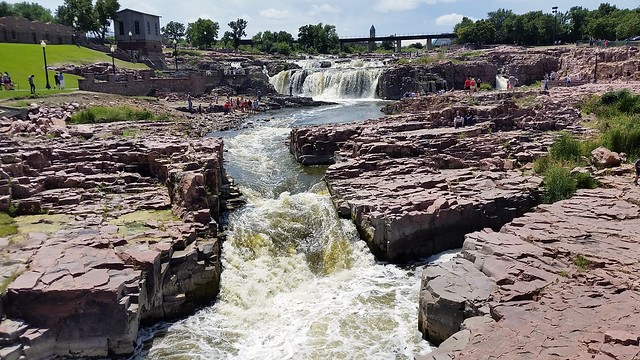 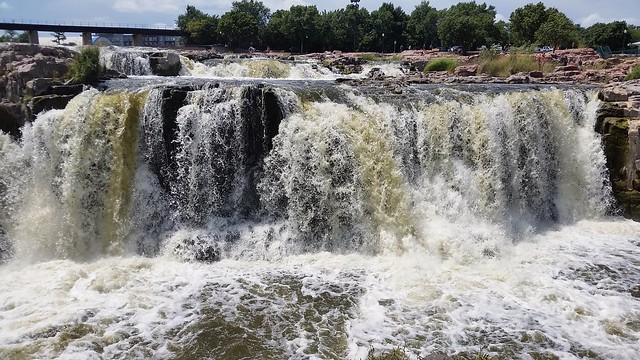 As we toured the park we came upon a photo session with a group of muscle guys posing along the river.  John quickly took off his shirt and joined the group.  Unfortunately, he is blocked out by the photographer in the only photo Pam was able to take. 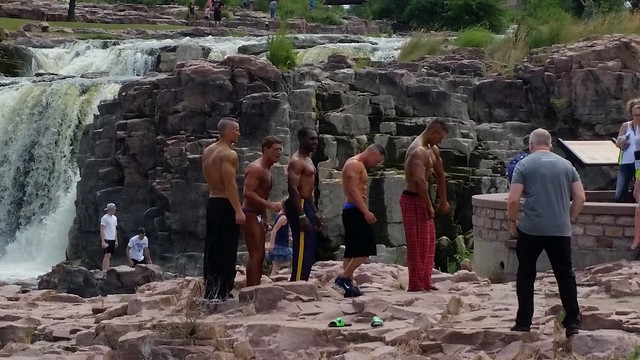 The falls are lit up at night so we stopped by one evening to take a photo. 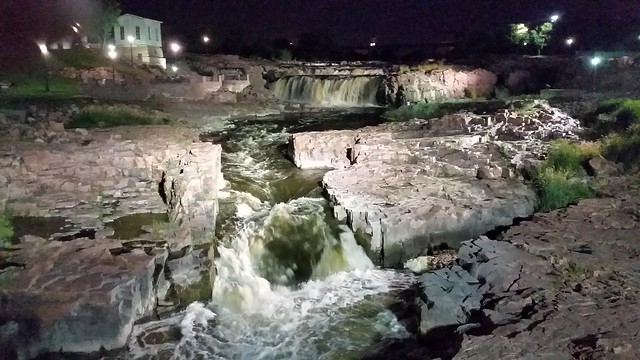 15 Responses to A Visit to Sioux Falls, SD