Through S. Dakota – Chamberlain and Mitchell

After a busy stay in the Black Hills area we headed east through South Dakota along I-90.  Our first stop was near Chamberlain for a couple of nights along the Missouri River in the Cedar Shores Campground. 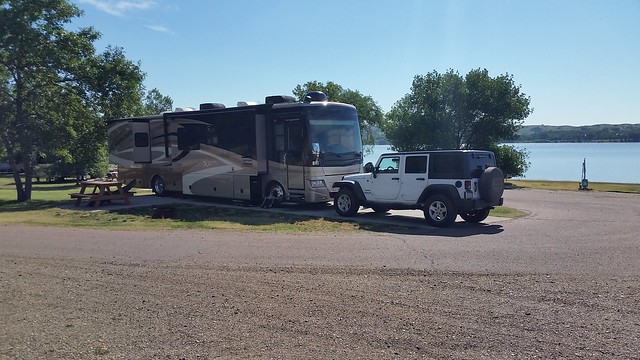 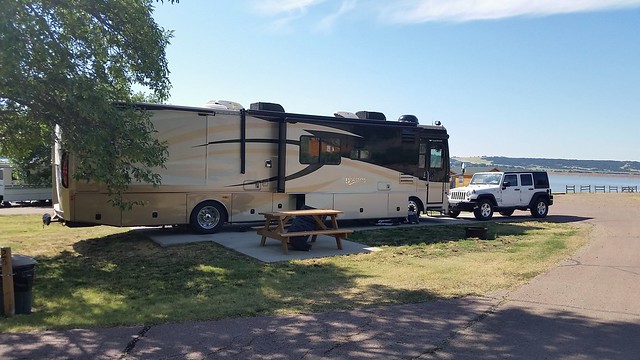 After spending a quiet day along the river we continued our journey to the east.  The next stop was only for a night, so we parked in the Cabela’s  RV lot in the town of Mitchell.   It is always amazing to us how people chose where to park in a wide open lot.  Cabela’s has a large RV parking area just behind the Mitchell store.  We arrived early in the afternoon to find the lot empty, so we selected a spot for the motorhome along side of a grassy area and drove off in the Jeep to visit a couple of spots of interest to us in the area. 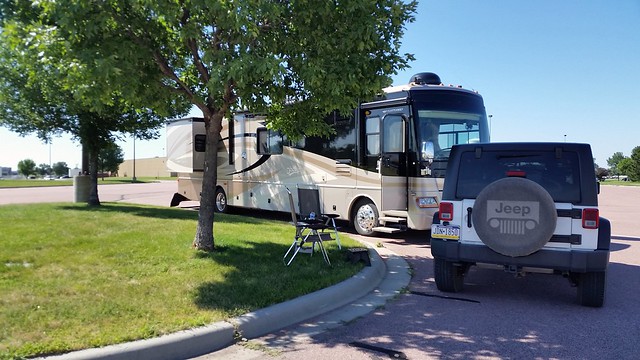 When we returned, the parking area was still empty except for one additional motorhome.  Guess where they parked. 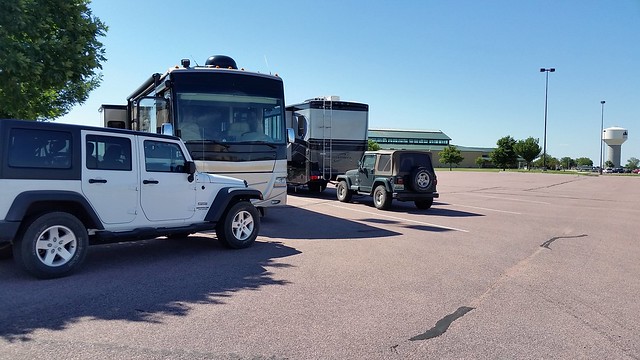 There were two sites we wanted to visit in this area.  The first was the Mitchell Prehistoric Indian Village.  The site contains two buildings, the  Boehnen Memorial Museum and the Thomsen Center Archeodome. 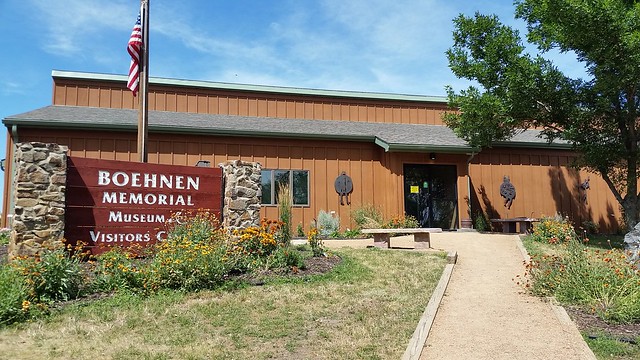 The site was declared a National Historic Landmark in 1964 as it contains the remains of what was once a village made of lodges surrounded by palisades dating back a thousand years.  The Boehnen Memorial Museum features a reconstructed lodge and many of the artifacts found at the site. 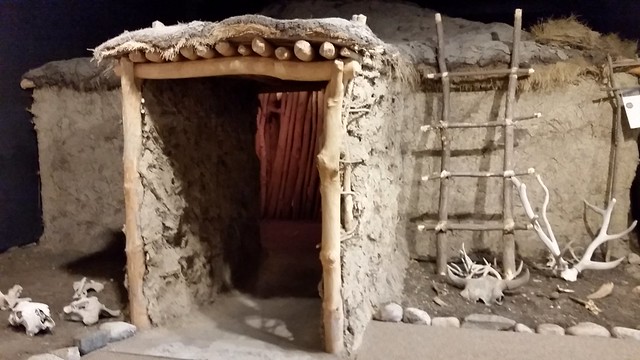 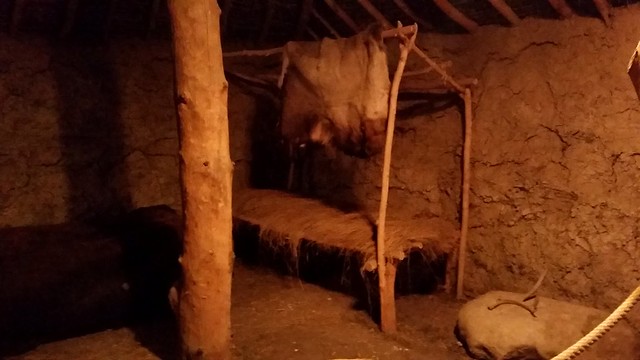 The Thomsen Center Acheodome is built over a large area of excavation which is part of the ancient village.  Each summer students from the University of Exeter in England and Augustana University in Sioux Falls come to the site for a Summer Archaeology Field School to continue excavations of the site. 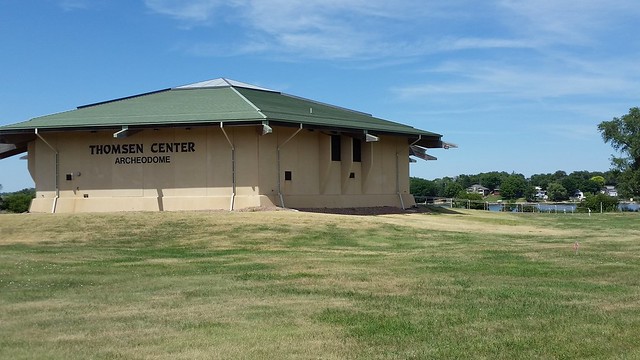 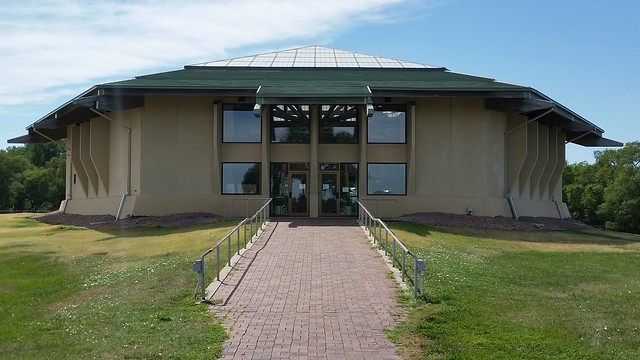 The students had just concluded their experience for this summer early in the day of our visit.  The items uncovered by their efforts will now be cleaned and analyzed in the adjacent labs. 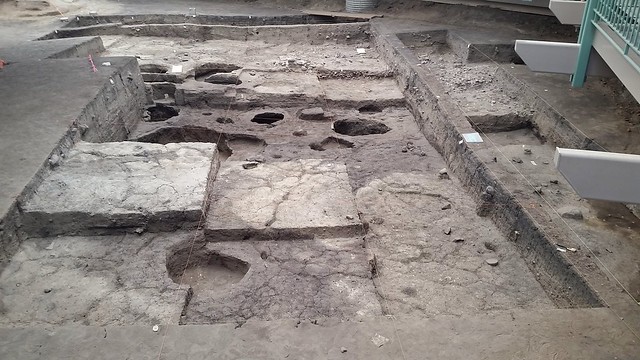 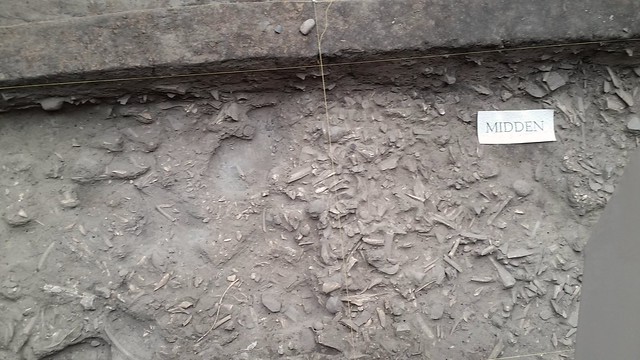 A midden is a refuse site for the village

The next stop in our brief visit to Mitchell was to the world famous Corn Palace.  What’s that you say?  You have never heard of the Corn Palace?  Between 200,000 and 500,000 people visit it every year so somebody has heard of it!  So exactly what is the Corn Palace, you ask?  The Corn Palace, is a multi-purpose arena/facility that serves the community as a venue for concerts, sports events, exhibits and other community events.   The Moorish Revival building is decorated with crop art; the murals and designs covering the building are made from corn and other grains, with a new design constructed each year. 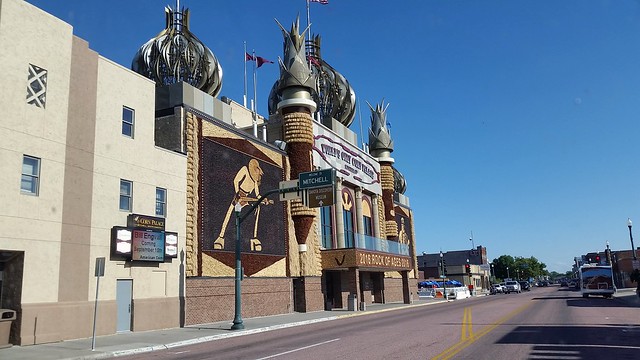 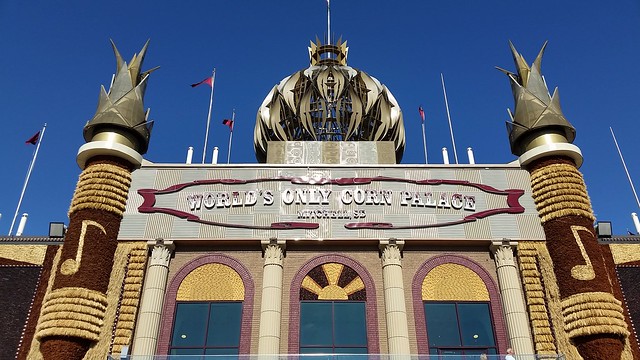 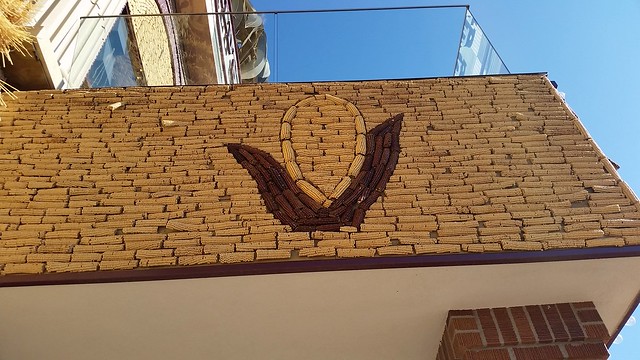 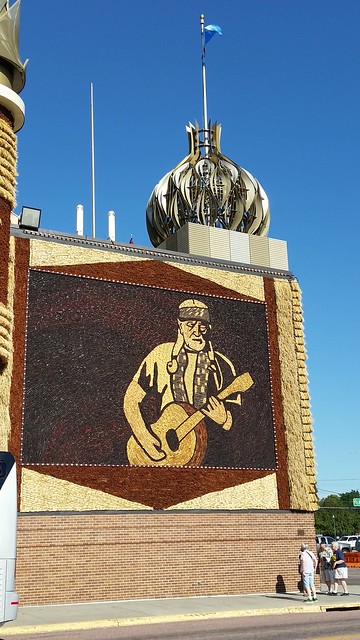 25 Responses to Through S. Dakota – Chamberlain and Mitchell