After reading about the history of  this part of  Wyoming we added the small town of Kaycee to our list of places we wanted to explore.  So earlier this week we drove about 40 miles south of Buffalo on I-25 to visit the tiny cowboy town (pop. 230).  Kaycee was incorporated in 1906 after the establishment of a small post office and general store.  The town was named after the brand “KC” used by its earliest homesteader, John Nolan.  The government required the name to be spelled out resulting in “Kaycee”. 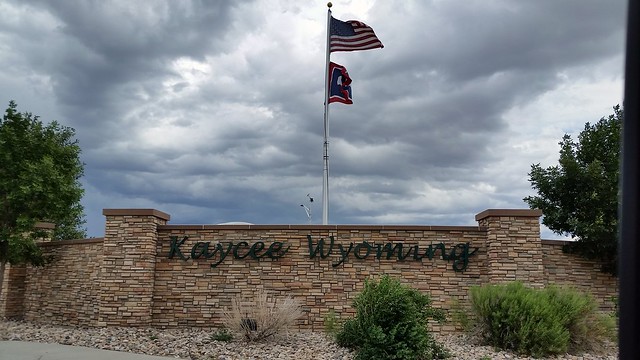 Once you drive by the nice sign pictured above things go downhill from there.  While the town looks a bit rundown, it does have a beautiful fairly new school that houses all grades.  Western music star and rodeo champion Chris LeDoux resided on a ranch near Kaycee before he died from cancer in 2005 at the age of 57.  There is a bronze statue of him located in a small park near the main street. 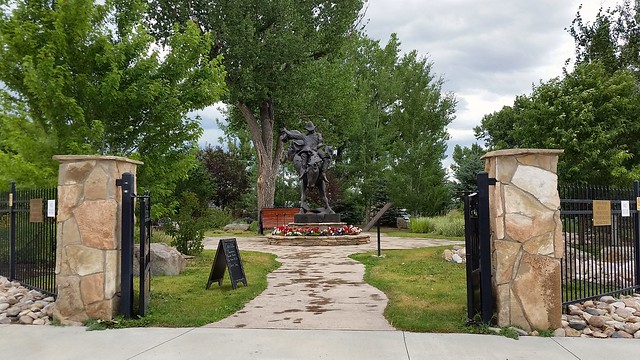 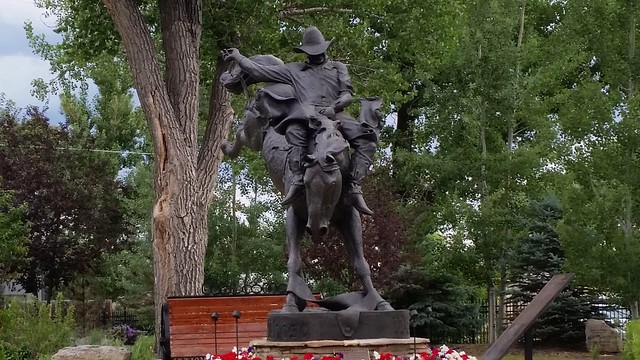 Our main reason for coming to Kaycee was to visit the Hoofprints of the Past Museum, located on the main street across from the busiest spot in town, the town bar. 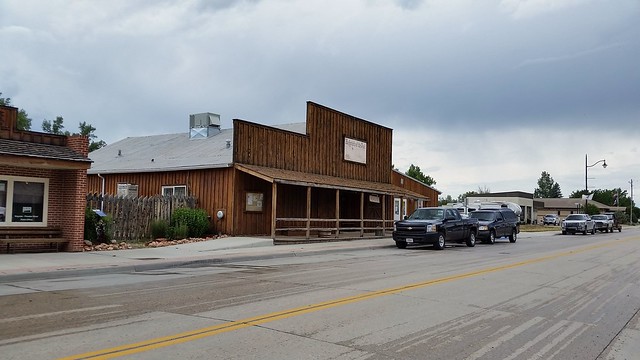 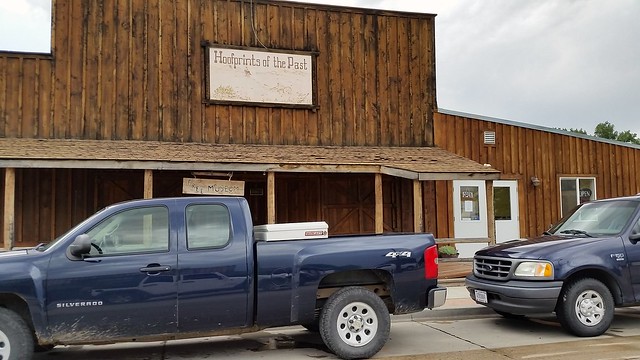 The little museum is filled with display highlighting the area’s history, including the Johnson County Cattle War, pioneer life, and outlaws who had hideouts in the nearby canyons.  The outlaws included Butch Cassidy and the Sundance Kid, who hid out in a nearby canyon called the Hole in the Wall. 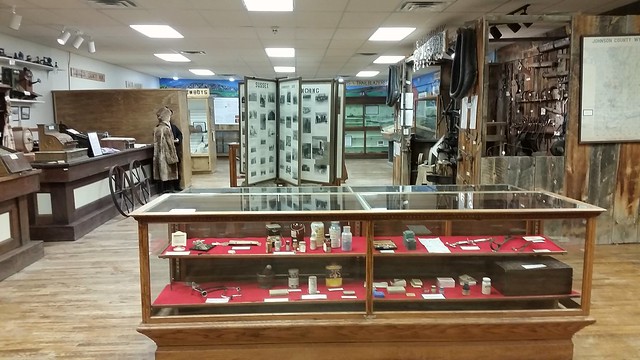 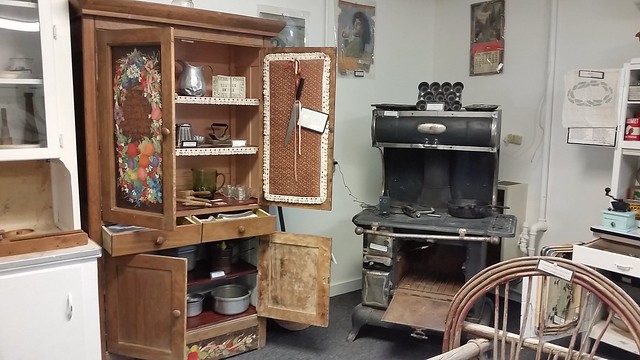 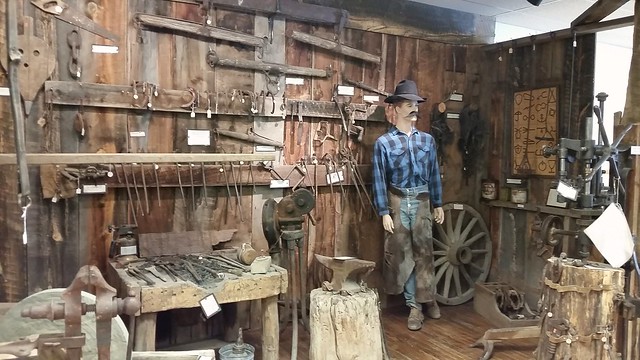 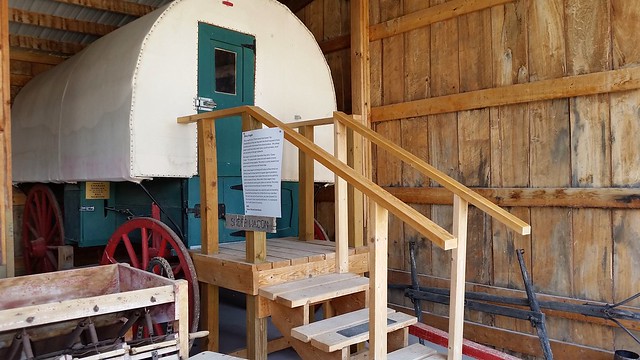 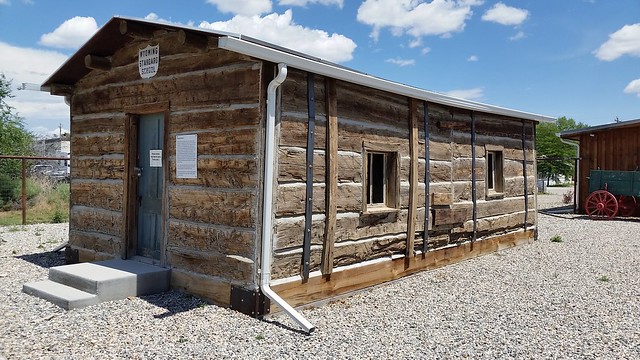 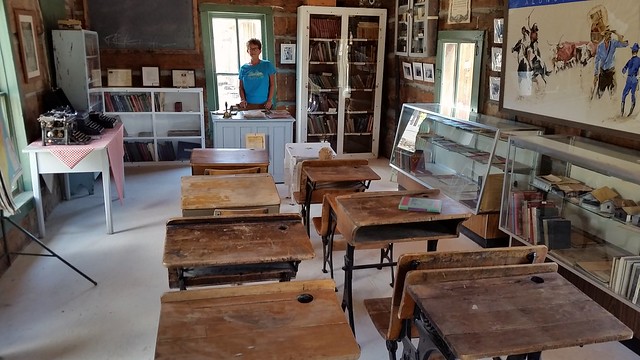 Early classroom with a young school marm up front

After touring the museum we headed west of Kaycee to visit the area known as Hole in the Wall country. 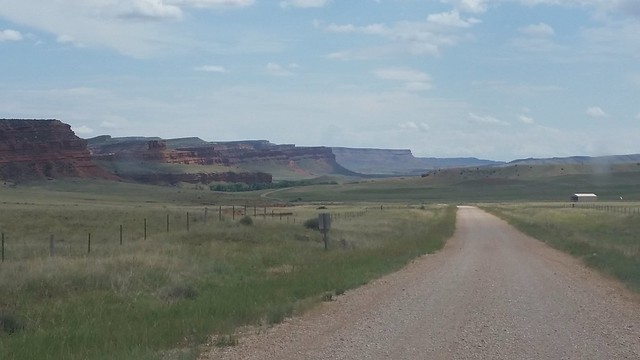 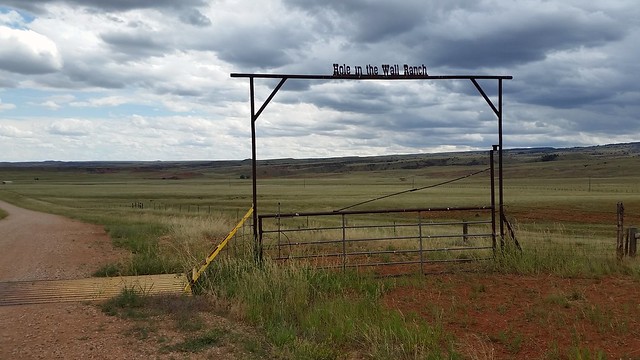 We drove out an unimproved dirt road to Outlaw Campground, a small primitive campground on a bluff overlooking the Middle Fork of the Powder River. 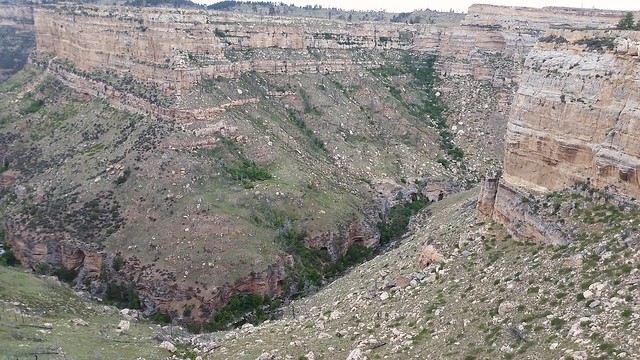 At the bottom of the canyon is Outlaw Cave, notorious as a hideout for outlaws in the late 1800s. 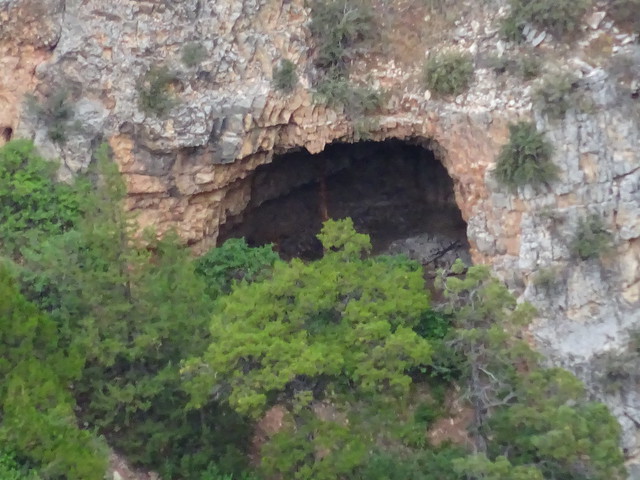 We drove about a half mile from the campground up a very rough path to an area noted for some examples of Indian art.  A hiker passing through the area pointed out the location of the artwork inside a rock cove. 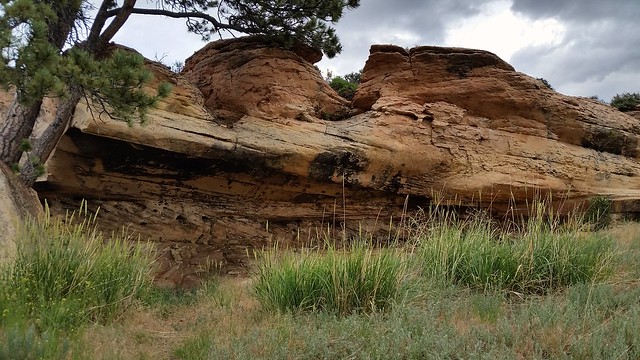 We have seen some outstanding artwork during our travels through southern Utah, so this site was not very impressive to us. 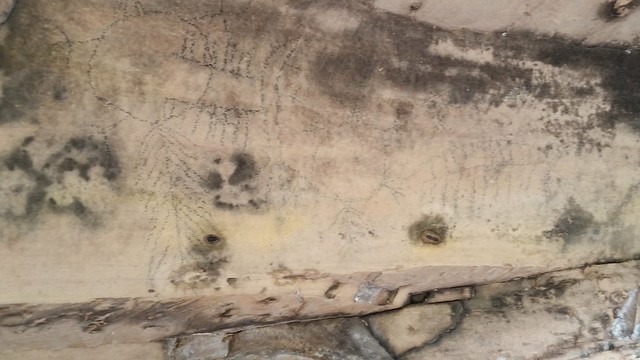 But nearby we found a teepee ring.  Indians would secure the base of their teepee with large stones that they would leave in place when they moved on. 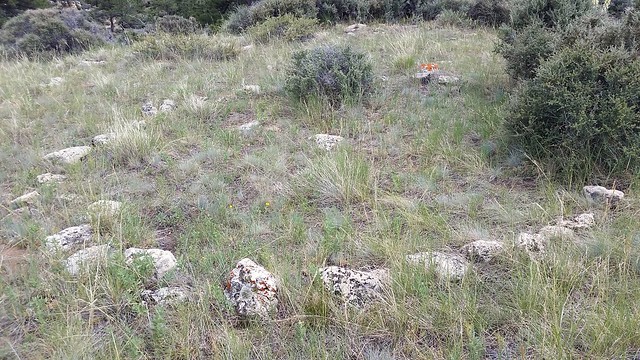 Driving back to Kaycee we had to stop for an unusual figure crossing the road. 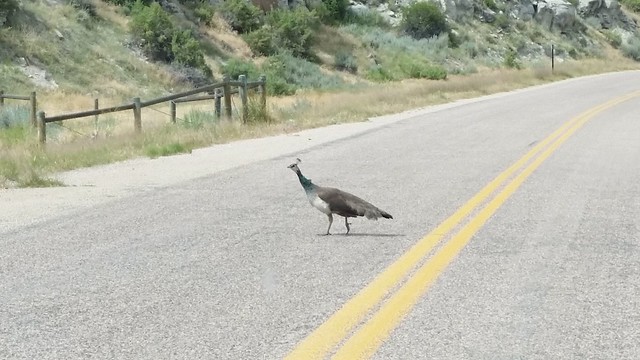 Two days of touring in the Jeep!  That must mean the nimble hiker has a hike planned for our future if the weather cooperates.  More on that later . . .