Last Monday we left Casper mid-morning and had a pleasant drive of 100 miles up I-25 to the small town of Buffalo (pop. 4,600).  The drive north was mainly through rolling hills of grassland as the Bighorn Mountains slowly came into view in the northwest. 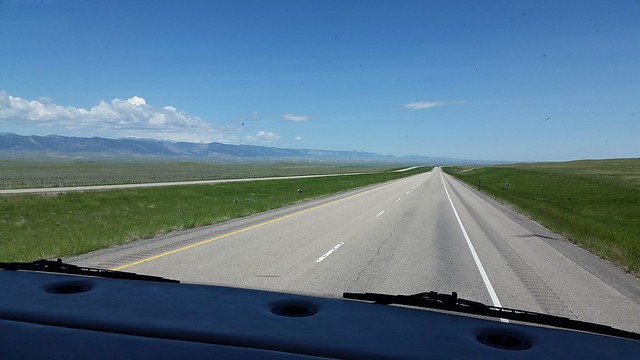 Once in Buffalo we quickly set up in a site at Deer Park RV and Campground.  Hans and Lisa (Metamorphosis Road) stayed here during an extended visit to Buffalo last year so we followed their recommendation.  While not the nicest site we have experienced, our spot does have its advantages.  We are in the back section of the park which is reserved for long term stays, so there is little traffic and the site is very quiet.  Looking out our driver side windows we have a great view of a large pasture where six horses graze.  They share the pasture with a number of deer and pronghorns.  I-90 is on the other side of the field but far enough away that we can’t hear it. 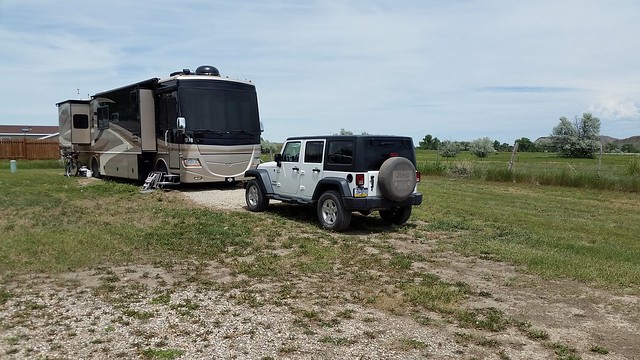 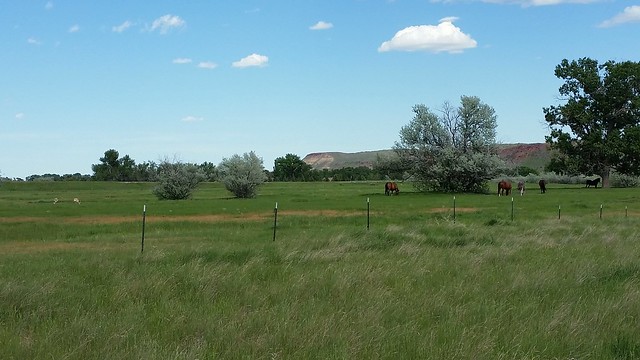 The view from our window

Animals must communicate with each other through some long distance system.  We believe this because somehow the horses knew that the treat lady was in town.  As soon as she went near the fence they lined up and came over to visit. 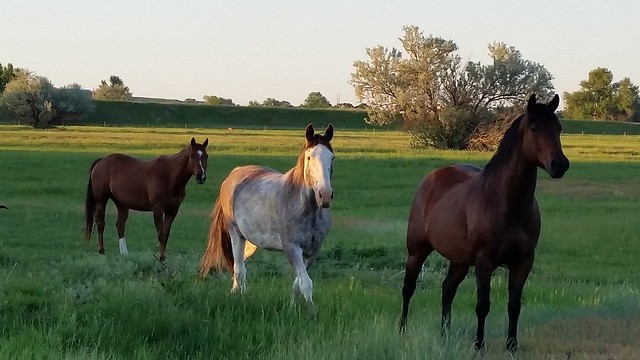 Get in line boys, the treat lady is in town!

One even stayed around for some good conversation.  The treat lady desperately wanted to give them something to eat (carrot maybe?) but someone with more experience with horses than us (thanks, Sue!) said not to feed them without knowledge of any special dietary restrictions they may be under. 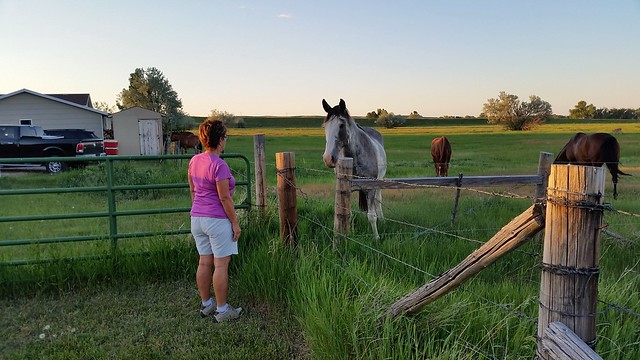 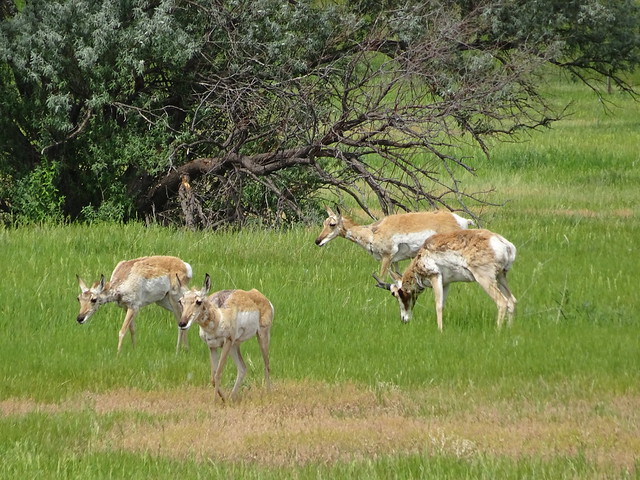 Horses aren’t the only occupants of the field 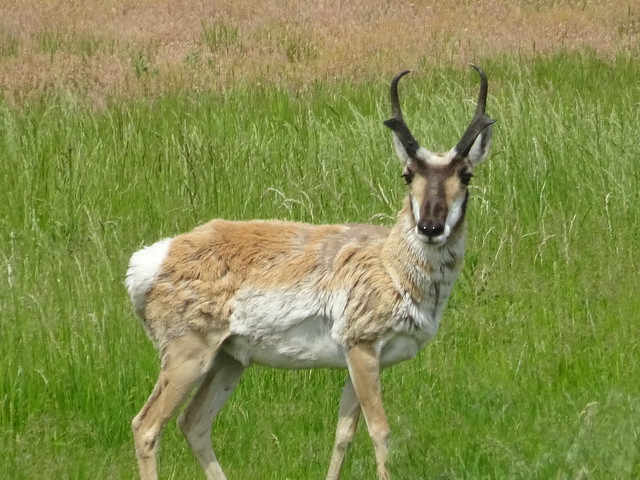 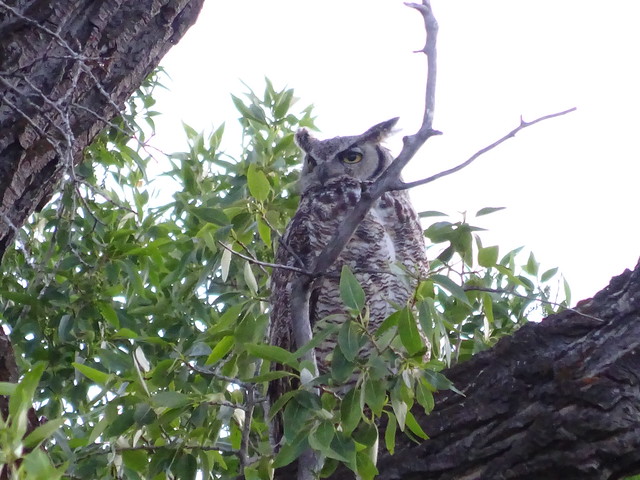 A stern sentinel guards the tent section of the park

One of the first things we did was to check out the “downtown” area of Buffalo.  Since there is no Wal-Mart nearby, Buffalo does still actually have an active downtown.  The town is not named after the bison that happened to live in the region, but after the New York city that a random citizen had previously called home. The name was drawn out of a hat at the Occidental Hotel, according to local legend.  Local history is highlighted on a number of colorful murals near the town center. 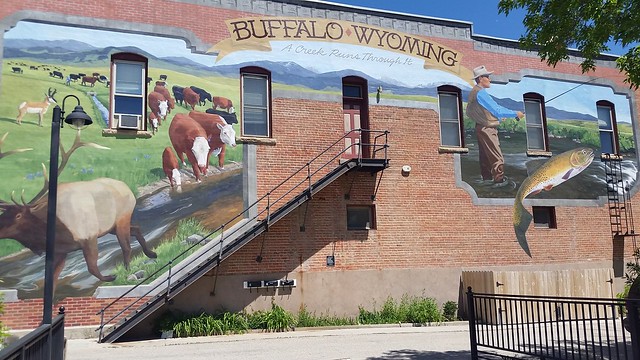 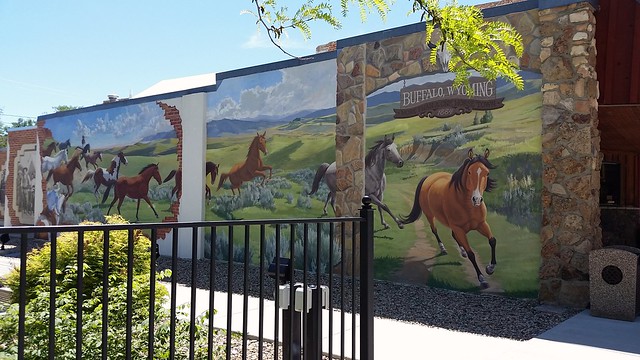 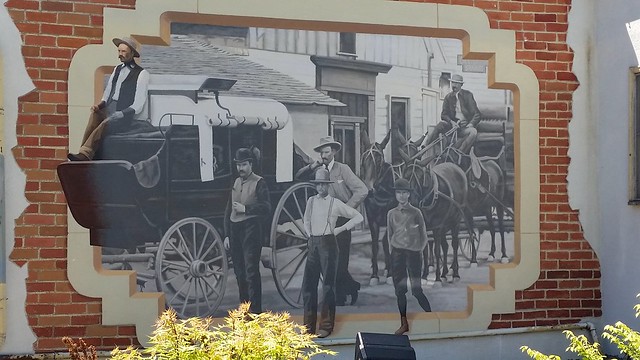 Along Main Street there are two sculptures that recognize one of the most famous historical events in the area’s past, the Johnson County War.  The Johnson County War was a series of range conflicts that took place here between 1889 and 1893. The conflicts were between the large established ranchers and the smaller settlers in the area over ownership of cattle.  The first sculpture is of a cowboy from one of the large ranches pulling his rifle out to shoot the guy in the adjacent sculpture. 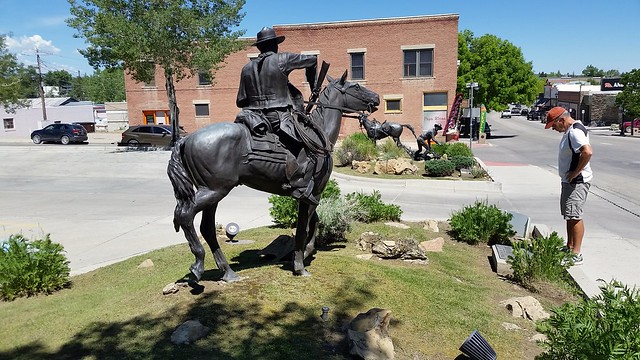 The second sculpture depicts one of the small ranchers surprised while branding a calf. 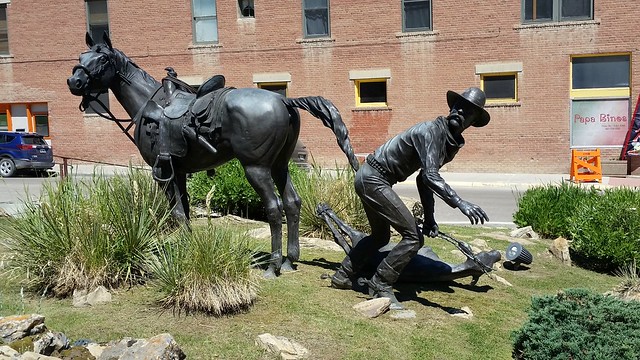 One of the most significant buildings in town is the Occidental Hotel.  The hotel has seen many famous guests over the years including Butch Cassidy, Theodore Roosevelt, Herbert Hoover, Ernest Hemingway, and Buffalo Bill Cody.  The building has been renovated to return it to the way it was in the early years of the 20th century. 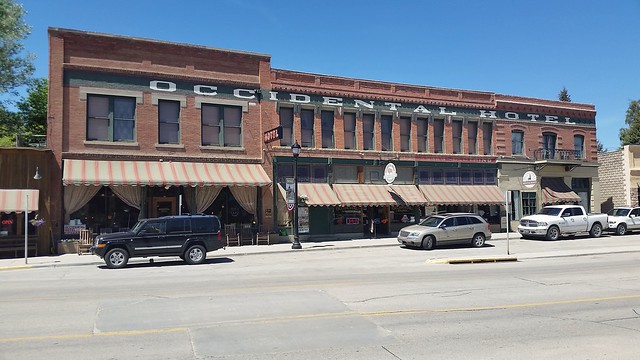 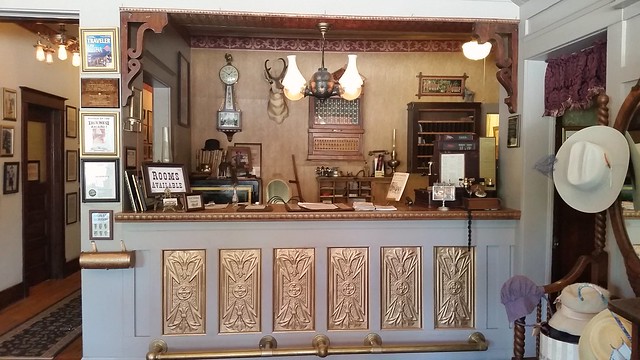 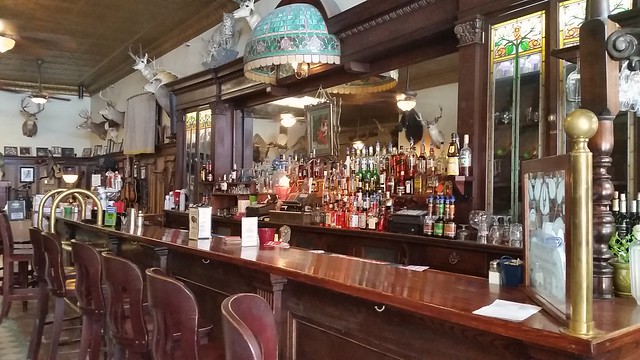 The bar, complete with bullet holes above the mirror

The next day we drove west into the Bighorn Mountains on US-16.  We were headed for a unmaintained dirt road leading to a hike recommended by a ranger at the local Forest Service office.  As we headed out, the views of the snow covered Bighorns were impressive. 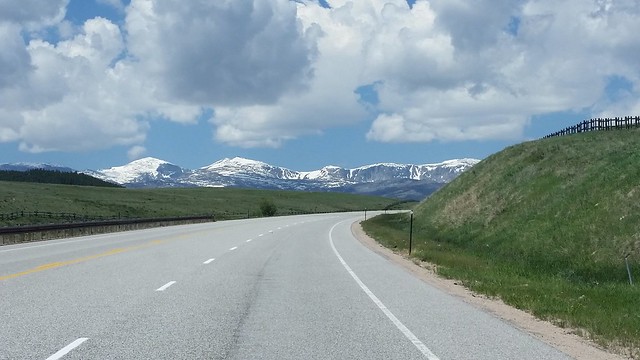 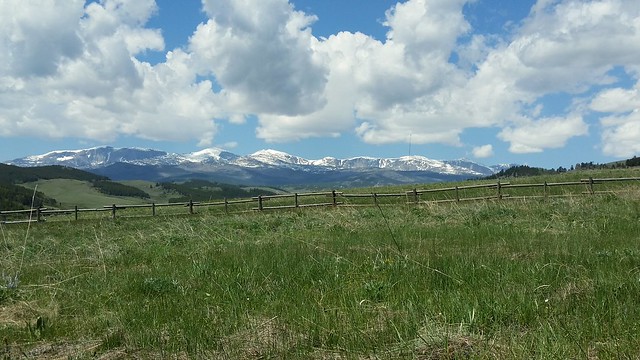 We didn’t make it to the trailhead, as we found a locked gate blocking the dirt road leading up into the mountains.  We found a note on the map we purchased at the Forest Service office stating the road would be closed until the middle of June (wish the ranger had told us that!).  With no “plan b” we just explored some of the numerous side roads nearby, driving through a couple of the many primitive campgrounds in the area. 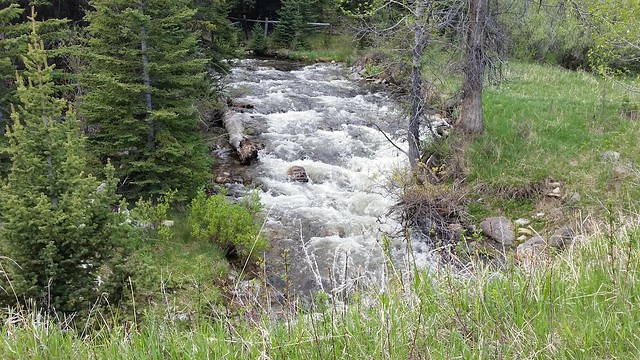 Near one of the campgrounds we stretched our legs with a short hike up a four-wheel / snowmobile trail. 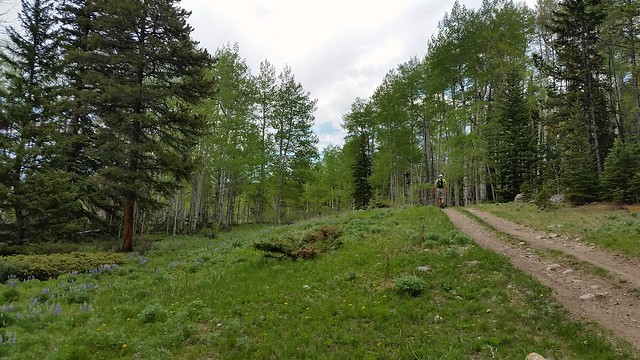 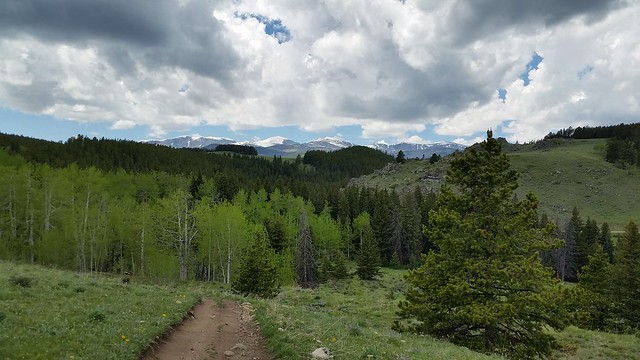 We’ll be in Buffalo for the next month, giving us plenty of time to explore the Bighorn Mountains.  The nimble hiker has been busy planning a number of mountainous adventures thanks to Hans and Lisa.