On Tuesday we left Utah Lake State Park and headed toward Wyoming.  The first section of the drive took us up US-189 in the scenic Provo Pass through the Wasatch Range. 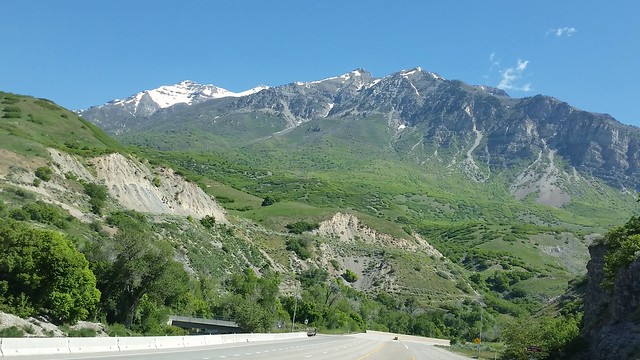 Mt. Timpanogos on our left 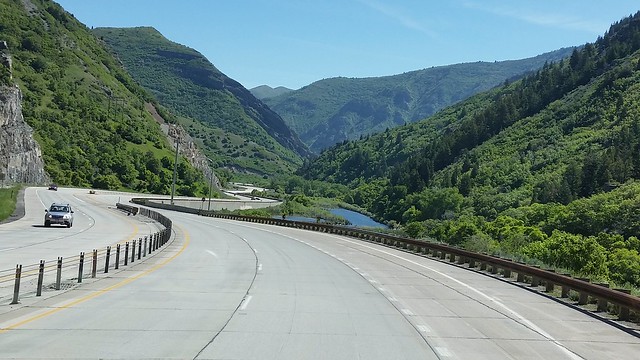 Provo River on our right

After going through Heber City we joined I-80 near Park City and headed east toward Wyoming.  Last September we came into Utah from Wyoming on the same highway, so this was the completion of a long, long loop.  Since we passed this way in September, we have gone west to Carson City, south along US-395 in eastern California down through Palm Springs to Borrego Springs, southeast to Tucson, then back north through Utah.  What a trip it was!

After a steady rise in elevation (from 4,500′ to 6,500′) the landscape leveled out a bit as we entered Wyoming.  They must not have been anticipating our arrival as the “Welcome” sign is so small we almost missed it. 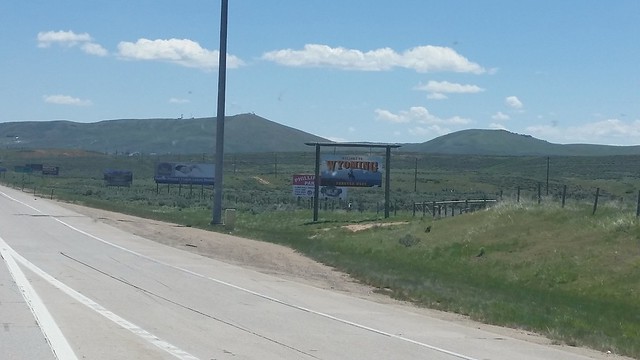 The sign might have been a bit understated, but the landscape around us more than made up for it. 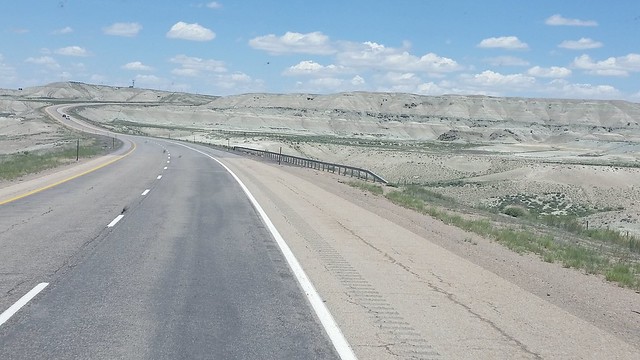 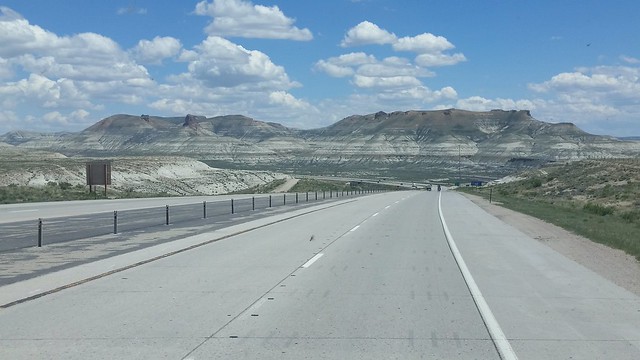 We stopped in the town of Rock Springs as we had a reservation at the local KOA.  Our site is a typical one for a KOA in Wyoming.  It’s a dusty, gravel lot with sites too close to each other.  But Rock Springs is just over 200 miles from Provo, which is why we stopped here (200 miles is our target distance for a day’s drive).  We signed up for two nights so we would have one day to explore Rock Springs and the nearby town of Green River.

Both communities developed around the Union Pacific Railroad.  Green River was first established as a stopping point for trains to take on water from the river for steam engines.  Today the town is built around a large rail yard, so the Union Pacific is still a big force in the community.

We couldn’t find much to do or see in Green River (pop. 12,800) but we did manage a short walk along the river on a paved path beginning in a parking area on what is called Expedition Island.  The island is famous as the starting point for the 1869 exploration expedition led by John Wesley Powell down the Green River and then the Colorado River as it flows south through the Grand Canyon.  Powell’s group is the first known group of Europeans to explore the two rivers and the famous canyon. 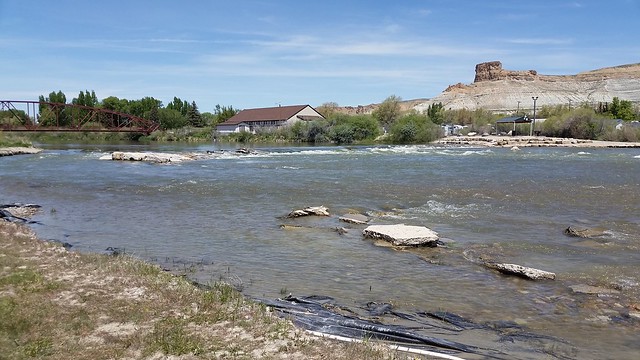 The building in the center is on Expedition Island 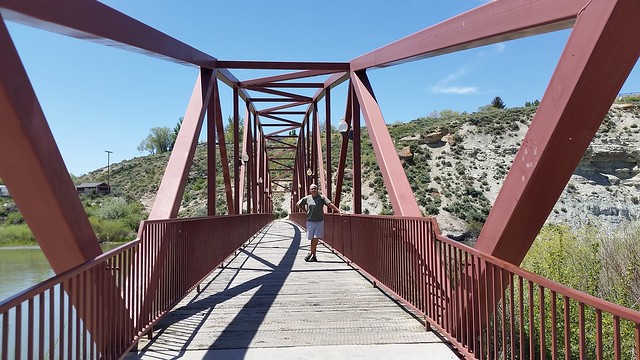 After our brief tour of Green River, we returned to Rock Springs (about 11 miles away) to explore the city’s “historic downtown.”  Rock Springs (pop. 24,000) is much large than Green River.  The town is known as the Home of 56 Nationalities because of the influx of immigrants from all over the world in the late 1800s.  The immigrants came to work in the area’s coal mines that supplied the fuel to power the steam engines of the Union Pacific Railroad. 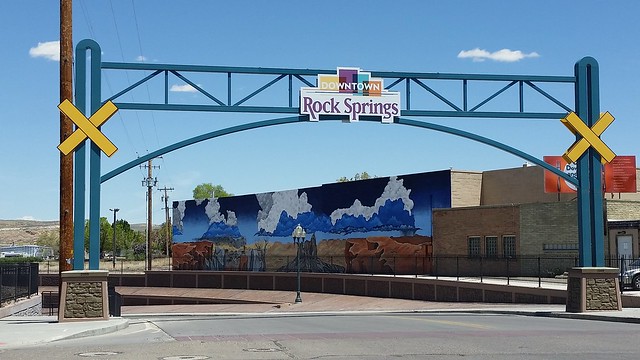 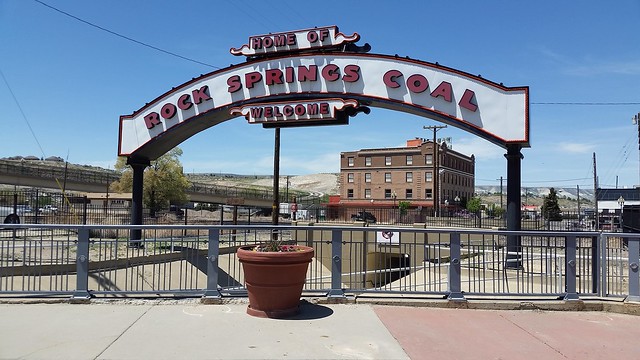 Well, that wraps up our exciting one day tour of the Green River/Rock Springs area (although we really only needed a half day for the “tour”).  Tomorrow we’ll be up early for a 250 mile drive to the city of Casper.

26 Responses to Into Wyoming – Rock Springs