Last week we explored a beautiful wide area of flat rock we called Bartlett Slickrock.  At the time we remarked how this would be a great place for Sue and Dave to take their dog, Lewis, as it is wide open and he could run all over the place.  Since today was their last day in Moab (they head to Salt Lake City tomorrow), Pam went over to their site in the morning and suggested we all (Lewis included) go out there for some exploration.  Lewis must have sensed that a hike was in his future as he bubbled over with enthusiasm.  An hour later we were all loaded in their car heading up the highway. 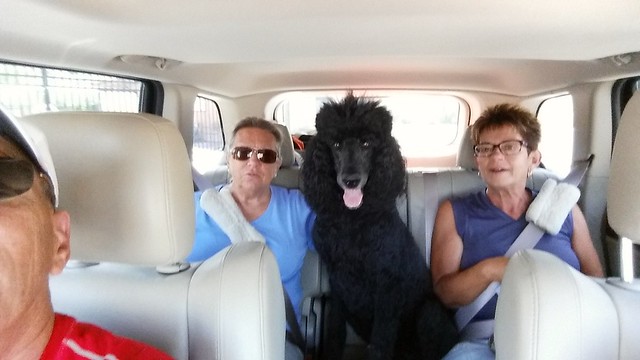 Lewis had a grand time running along the rock, never getting too far away from the group. 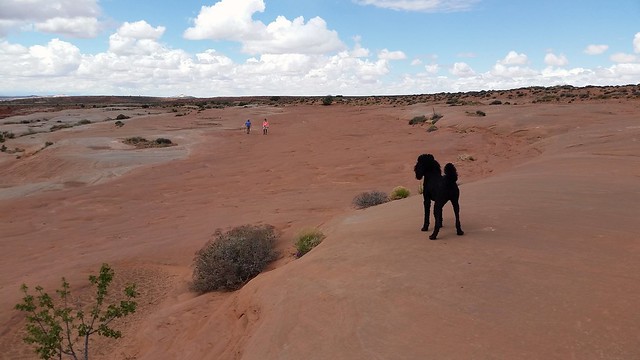 Come on ladies, get a move on it! 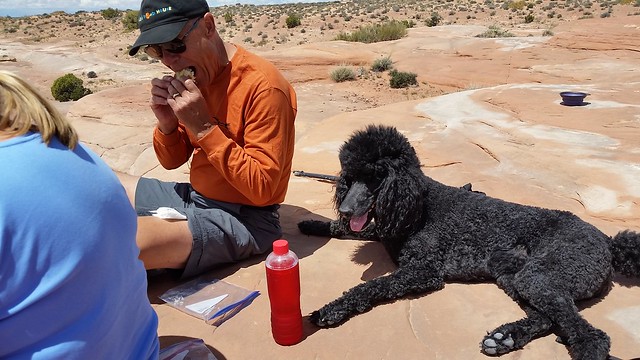 Enjoying lunch on the rocks 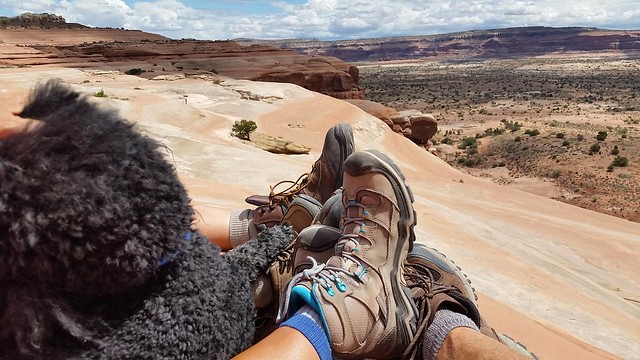 Lunch with a view (and a furry paw) 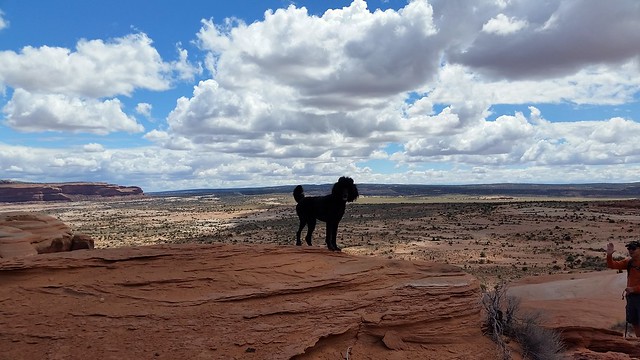 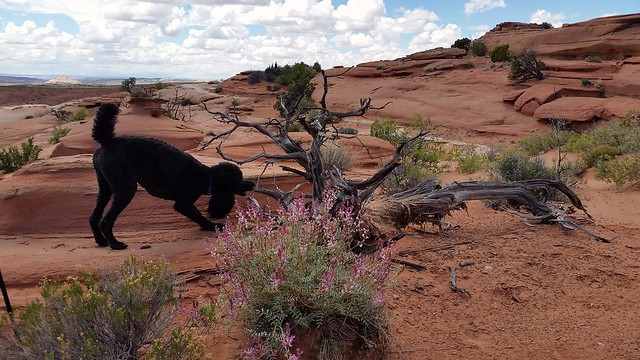 Trimming a tree along the way 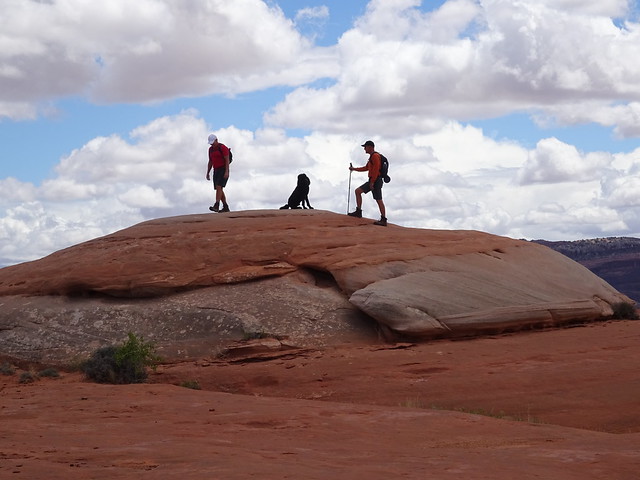 Three boys on the rocks 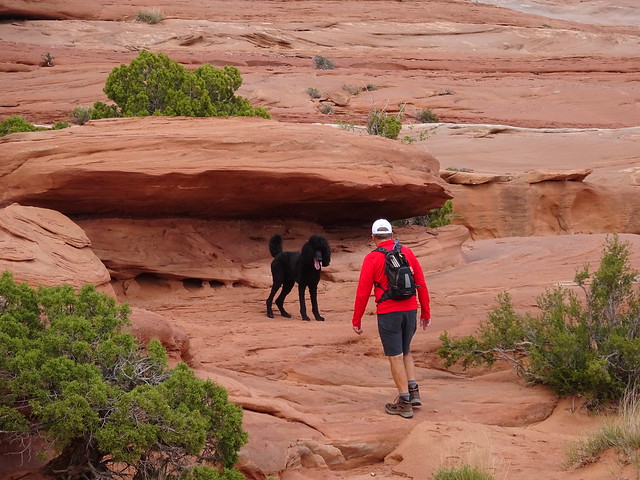 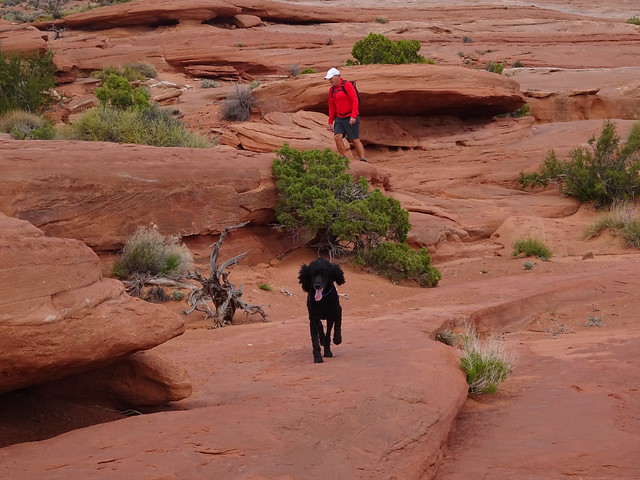 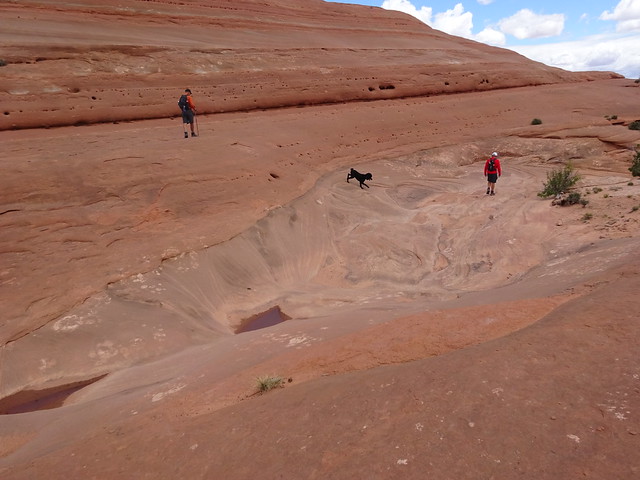 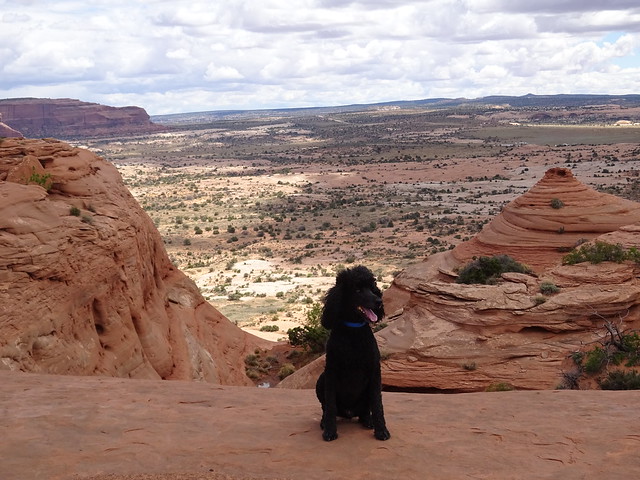 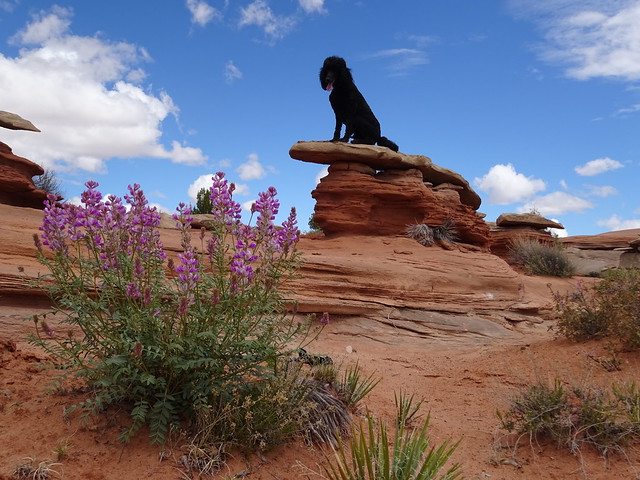 After three miles of hiking we returned to the car.  Lewis wasn’t moving quite as quickly as he was when we arrived, but he still had some fuel in the tank.  We stopped at Dave and Sue’s motorhome and dropped him off before heading into town for dinner and he quickly headed for the bed.  He’ll probably sleep well tonight!

Once in town we saw that the clouds had finally lifted off the nearby La Sal Mountains, exposing a heavy covering of snow.  The peaks have been hidden by clouds for most of our stay so it was nice to be able to clearly see the tallest of the peaks. 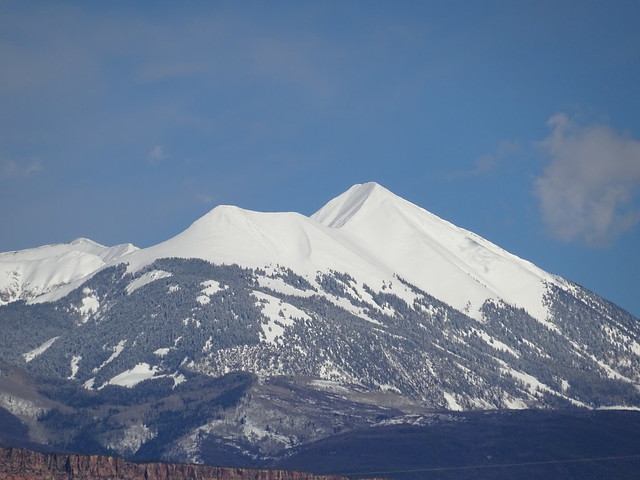 We’ve been traveling off and on with Dave and Sue since meeting up in Carson City, NV last September.  They are now headed northwest into Oregon and we will soon be headed to the northeast into Wyoming, then on to the east coast, so it will be quite a while before we cross paths again, probably next winter in Arizona.  Safe travels, Beluga!

We’ll only be here in Moab until Friday, but the nimble hiker has a few more adventures on her list to keep us busy.  More on that later . . .

17 Responses to Hiking With Lewis