One day earlier this week we stopped by the main visitor center in Moab and inquired about any interesting hikes they could recommend.  When two volunteers found that we had hiked many of the trails they usually recommend, they decided to share a couple of spots that most visitors don’t have the time or interest to visit.  One of their recommendations was a visit to two places near each other along Kane Creek Road where there is some nice petroglyphs to see.  The locations are not on any conventional map so they took out a piece of scratch paper and drew the handy dandy map in the photo below. 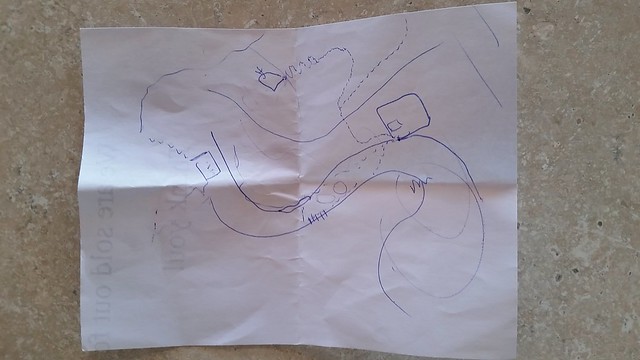 Surprisingly, we were able to locate both spots with very little difficulty.  To get to the location we drove out Kane Creek Road to where the paved part of the road ends.  We parked in a large dirt lot on the right side of the road, just before the road turns 90 degrees to the left.

The first piece of art they described is a single figure drawn on a large boulder sitting on top of a high mesa.  The first section of the hike to this drawing is on Jackson’s Trail, which begins on the west side of the parking area. 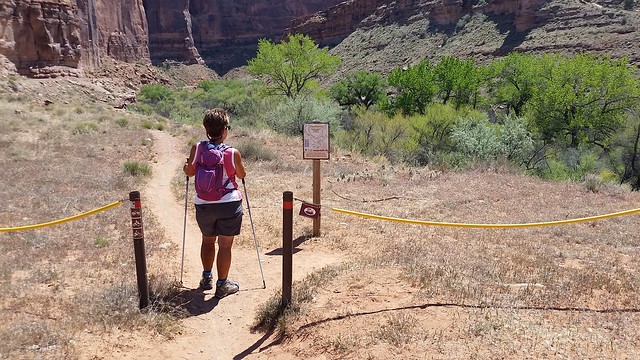 The trail immediately drops down and crosses Kane Creek. 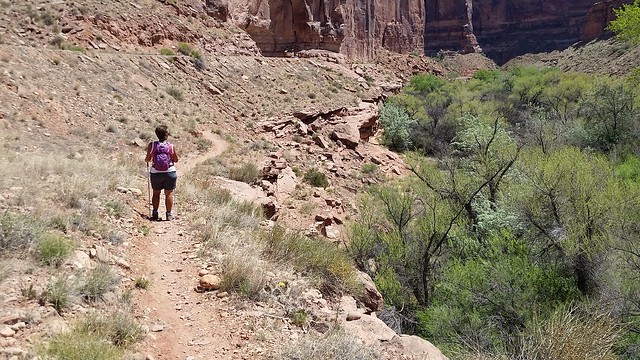 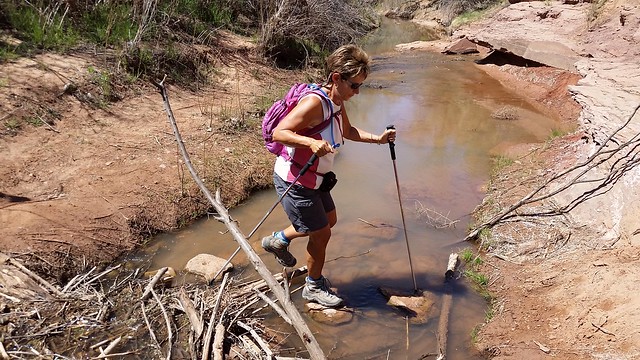 Just a tenth of a mile or so past the creek the trail splits.  Jackson’s Trail continues straight ahead, but our trusty map told us to turn on to a trail going up on the left. 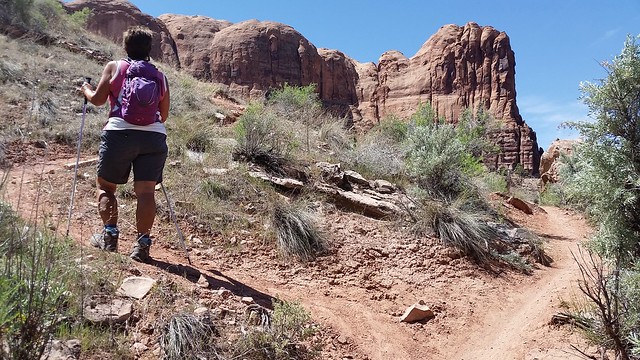 A short distance from the split the trail goes through an area of slick rock.  At this point we needed to turn to the left, but the map was a bit confusing and we followed a trail straight ahead for about a quarter mile before realizing our mistake.  From the point where we turned around we could clearly see the trail we needed to be on. 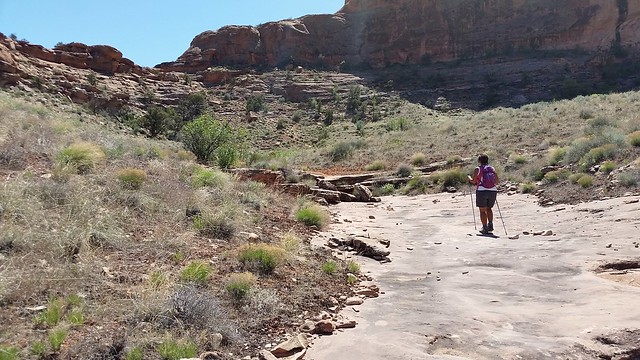 Once on the correct trail we headed steeply up for about a tenth of a mile. 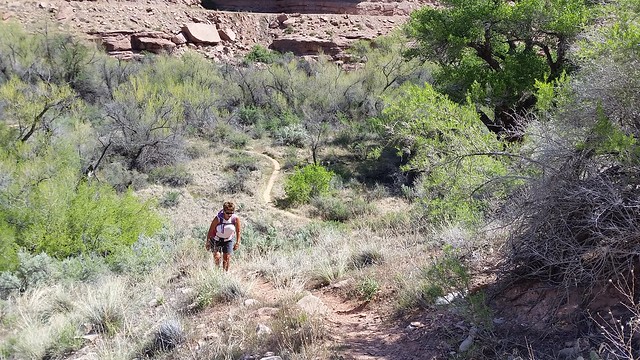 At the top of the mesa we quickly found our goal, a large drawing on a boulder believed to be over a 1,000 years old. 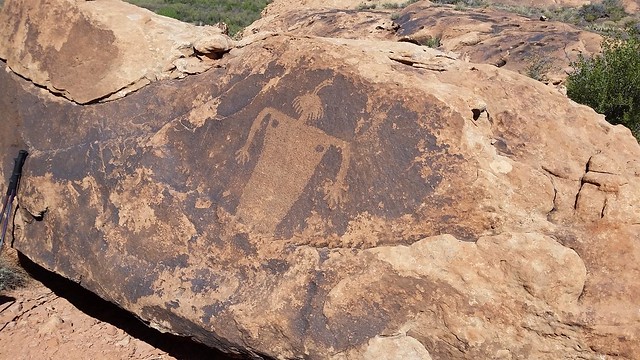 After checking out the petroglyph, we found a high spot on some rocks to enjoy the views and have a bit of lunch. 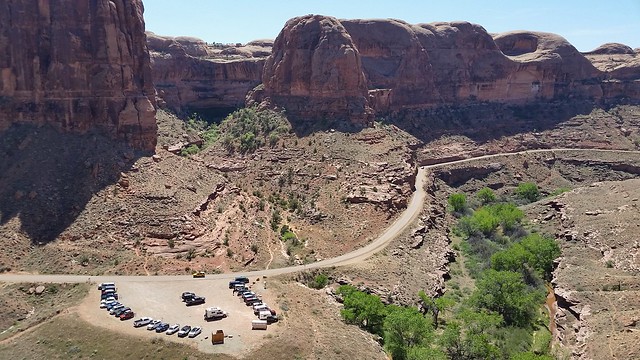 The view to the east 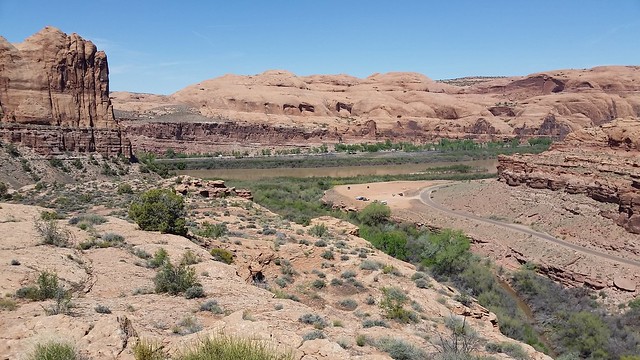 The Colorado River to the west 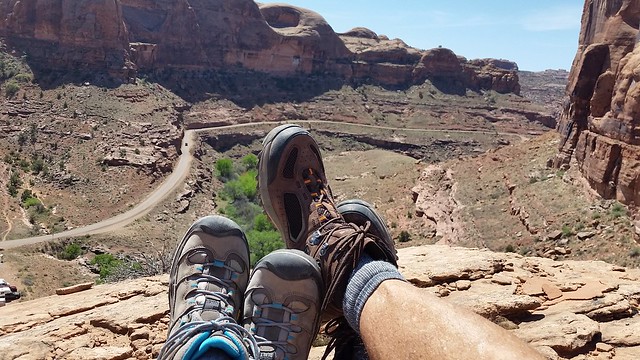 Looking down to the road below us to the north we could see a long panel of solid rock.  A closer look with binoculars revealed our next destination, a panel of petroglyphs located above the road.

We descended back down to the parking area and walked down the road for about a quarter mile where our trusty map said there was a trail leading up to the panels.  Sure enough, we found a rough trail going up steeply to the base of the rock wall.  A little searching revealed the panel of drawings we had spotted from our lunch perch. 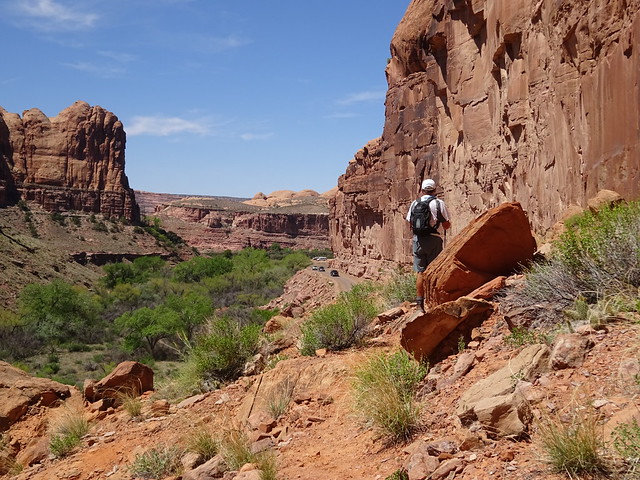 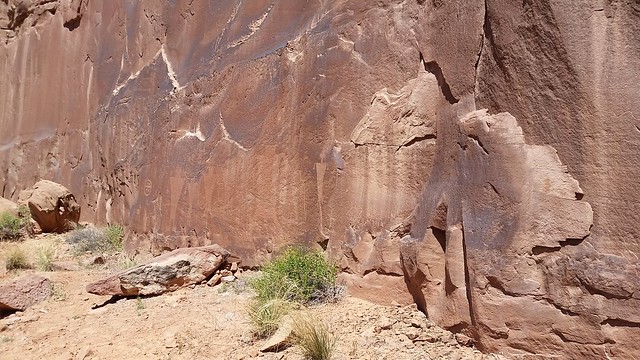 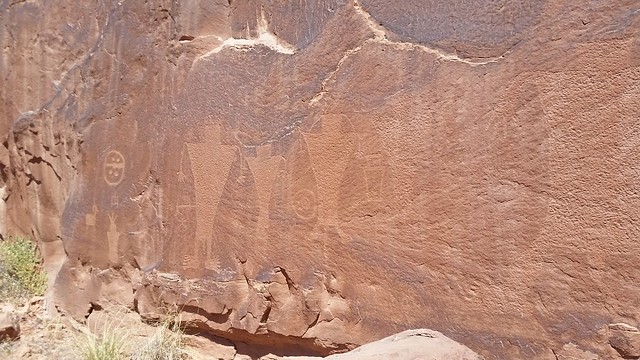 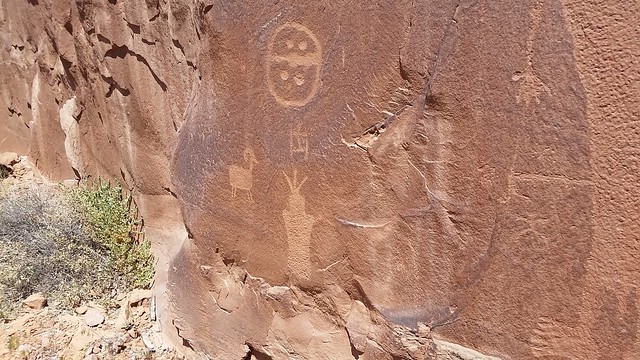 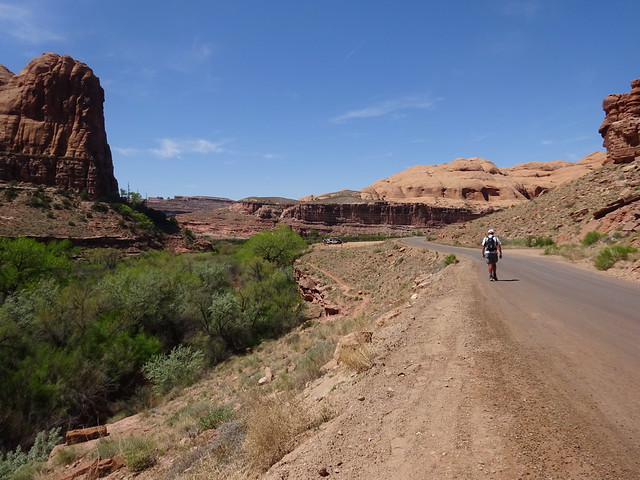 Returning to the parking area along Kane Creek Road

While only hiking about three miles, this little adventure exposed us to some nice petroglyphs.  It also allowed us to stretch our legs just a bit after a long hike the previous day.  But we don’t want to get too spoiled as the nimble hiker has a longer trip planned for tomorrow.