Today we asked Dave and Sue to join us for a visit to the Corona Arch, one of our favorite arches in the Moab area.  The arch is located on BLM (Bureau of Land Management) land and is accessed by a short trail (about 1.5 miles one way) that begins along Potash Road about ten miles from Moab. 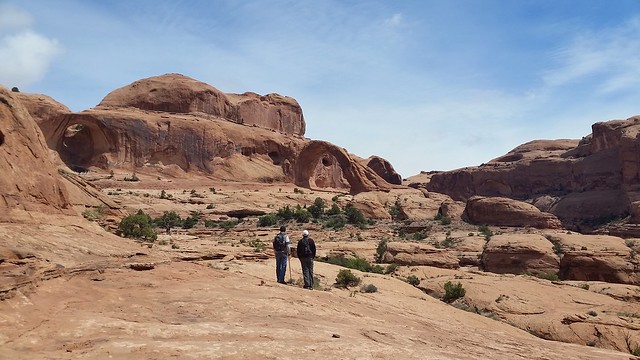 Dave and John view the arch as it comes into view

Most of the trail to the arch is fairly easy, but there is one section that goes steeply up the rocks.  A cable and ladder are there to help hikers up and down this section. 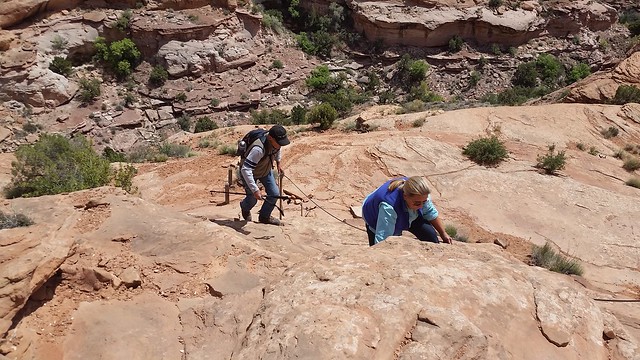 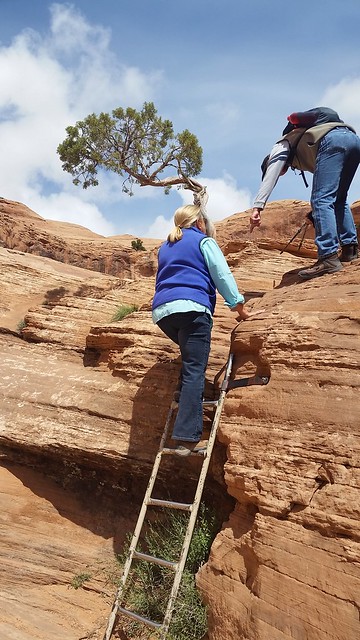 . . . then navigate the ladder

John went ahead and climbed up on top of the arch, while the others waited to snap his picture. 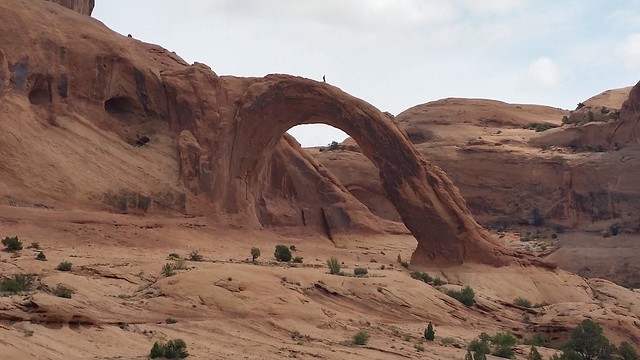 See the dot on top of the arch?

OK, so the hiker on top of the arch wasn’t John.  But he did talk to the guy after he climbed down. 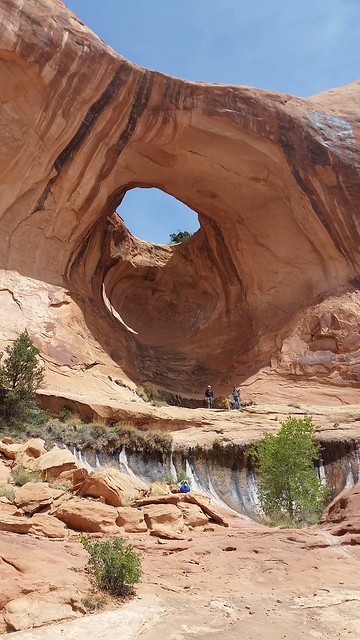 John and Dave under Bowtie Arch next to Corona 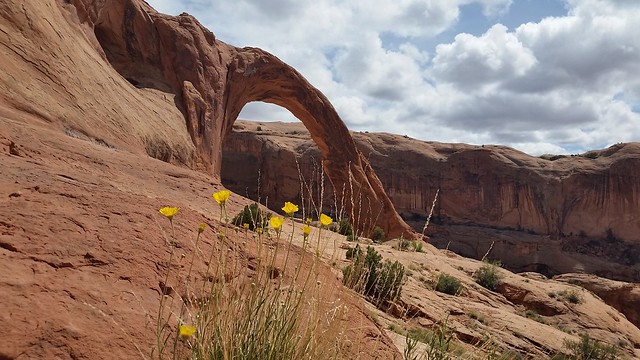 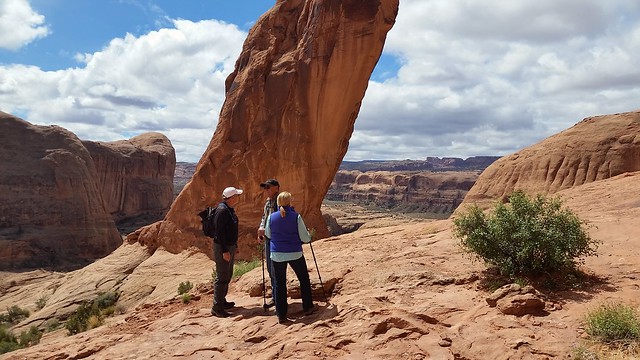 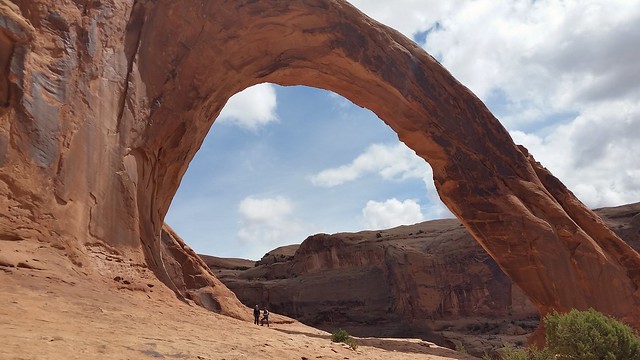 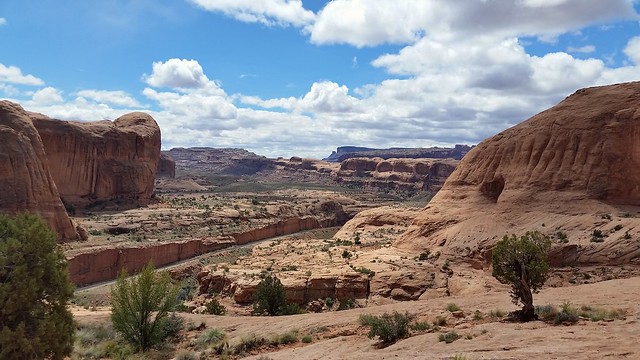 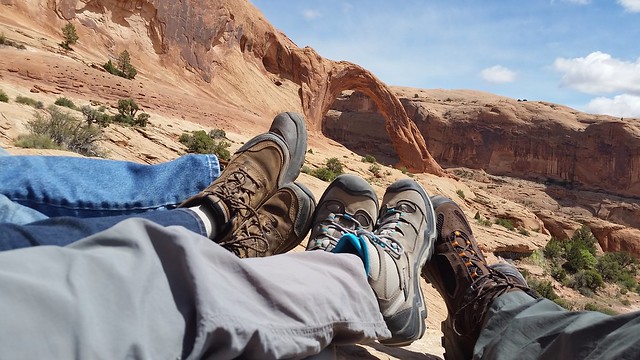 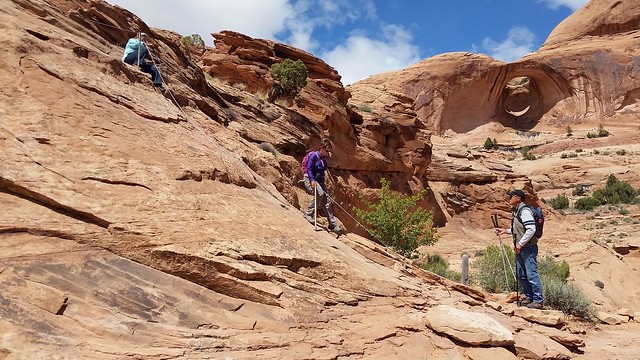 Back down the cable

After returning to the trailhead we continued up Potash Road and drove on to Shafer Road.  The famous final scene from the movie Thelma and Louise, where they drive off a cliff, was filmed along this road.  Last week, when we were in the visitor center in Dead Horse Point State Park, we asked a ranger for the location and were told it was on the west side of Dead Horse Point.  We hiked around that area but we couldn’t find anyplace where the scene could have happened.  A little research revealed that the ranger was incorrect, the location is southeast of the point, right along Shafer Road.  We’ve been on that road many times but didn’t know about the film location.  So today we went out and found the exact spot where the car shot over the rim into the canyon below. 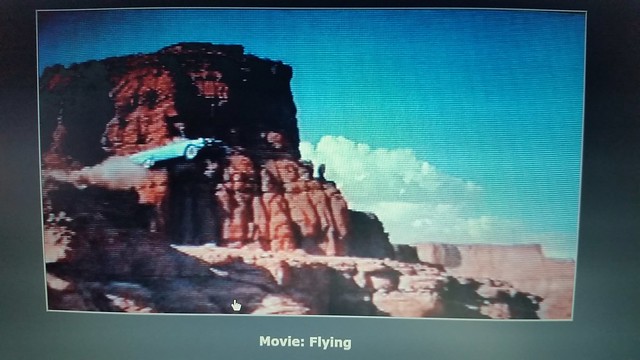 A screen grab from the film 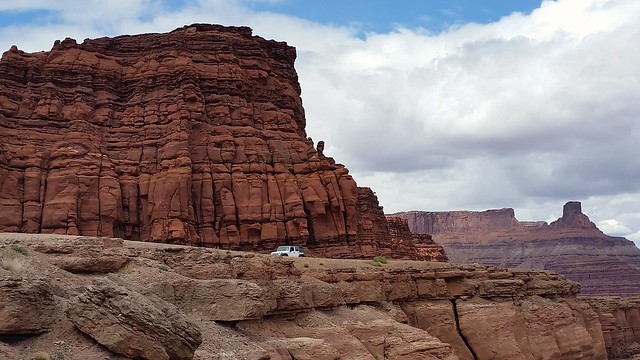 The Jeep parked right where the car “took off”

We discussed re-enacting the scene but no one volunteered to drive the Jeep. Oh well, maybe next time.

Another great adventure in beautiful eastern Utah.  Thanks Dave and Sue for sharing it with us.