Revisiting an Abandoned Mine

When we made a brief visit to this area three years ago, we drove north of Congress to check out an abandoned mine and some Crested Saguaros in the area.  So a few days ago we drove back out there to revisit the site.

To get there we drove four miles north of Congress on Rte. 89.  Just past the frog (a large painted rock on the west side of the highway) we turned right on to Stanton Road.

After four miles on the dirt road we turned left at a For Sale sign and headed up a narrow, rough road for about a mile.  A high clearance vehicle is needed for this part of the drive.

The road ends at a gate, with the mine area just a hundred yards ahead. 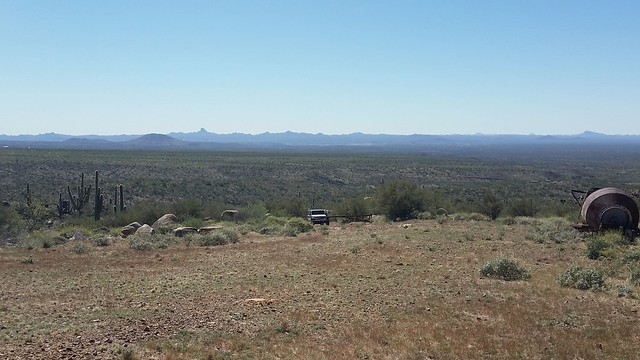 There are a couple of mines in the area but one entrance in the hillside is open for a bit of careful exploration. 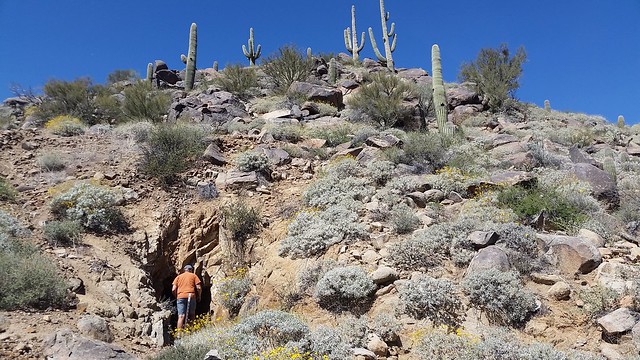 A young miner heads to work 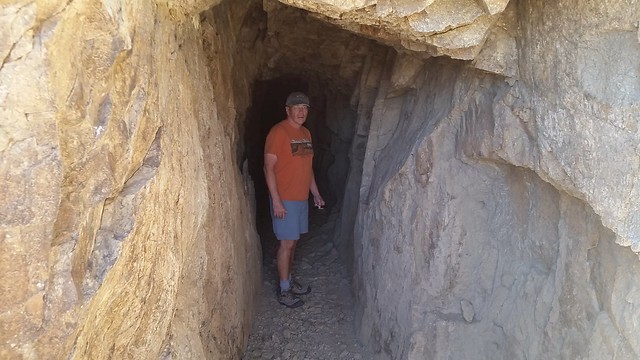 The miner poses before heading in deeper 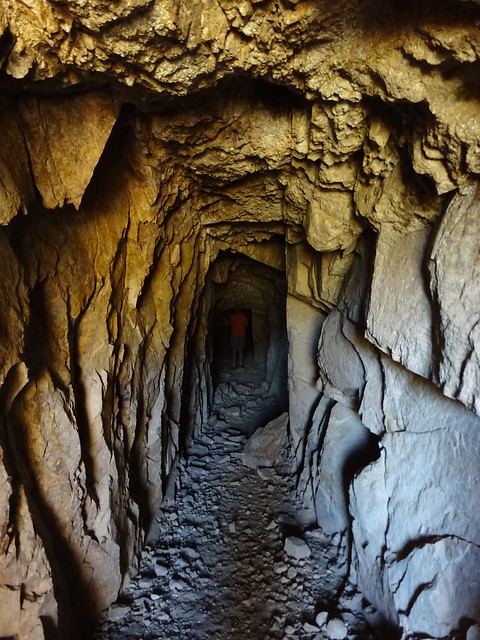 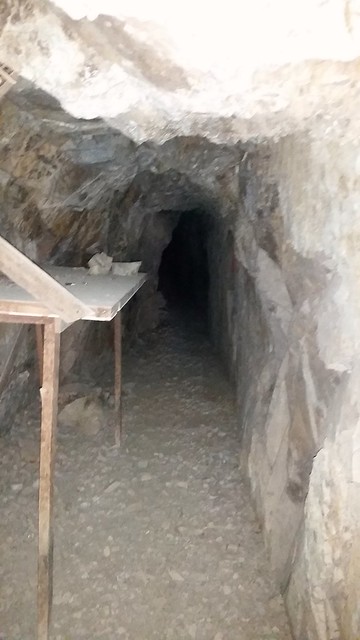 An old table 25 yards into the mine

Of course, one of us was very intent on spotting the Crested Saguaros we had seen during our previous visit.  One is located along Stanton Road just before the For Sale sign.  Later, when we reviewed our photos, we found that we had a shot of it from about the same spot as the earlier visit.  The comparison allows us to see the growth of the crest over the past three years.  The photo on the left below was taken in February of 2013, the one on the right was taken this week. 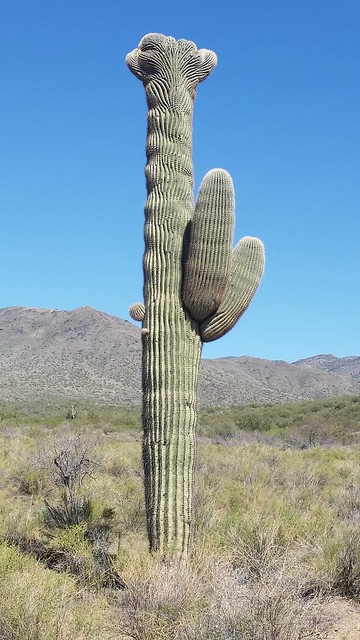 There is one very large crest up near the mine that we particularly wanted to see.  Again, when we returned to the motorhome and compared pictures we found that we had a shot of this large Saguaro from exactly the same location.  Even the Jeep was in the same spot in both photos! 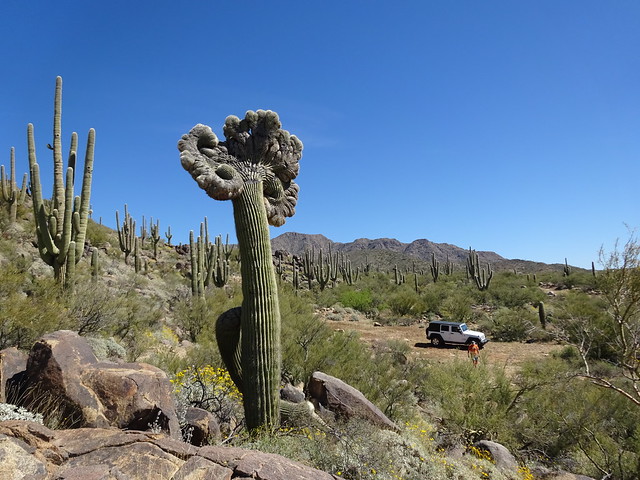 This guy didn’t seem to change much, but he is still magnificent. 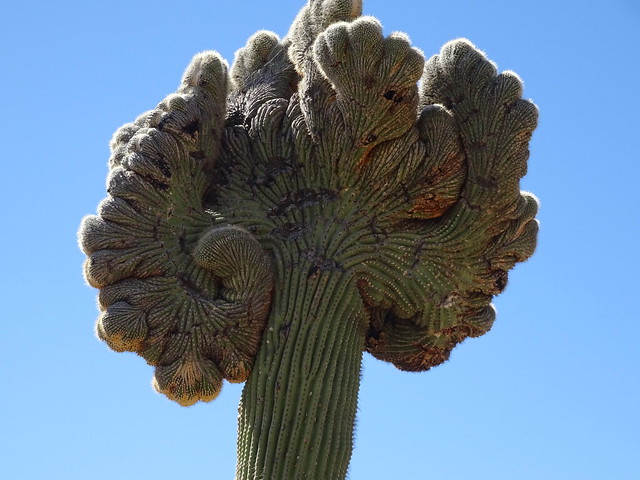 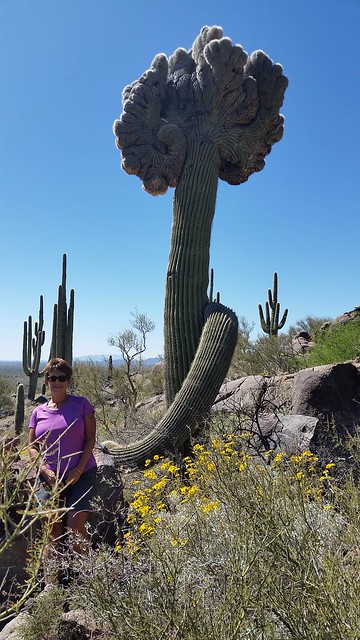 21 Responses to Revisiting an Abandoned Mine