We enjoyed our short three day stay in Cave Creek Regional Park just north of Phoenix.  The park is quiet and the spacing between sites gives each site a great deal of privacy.  Our first day we did a hike just under six miles starting on the Clay Mine Trail which begins inside the campground. 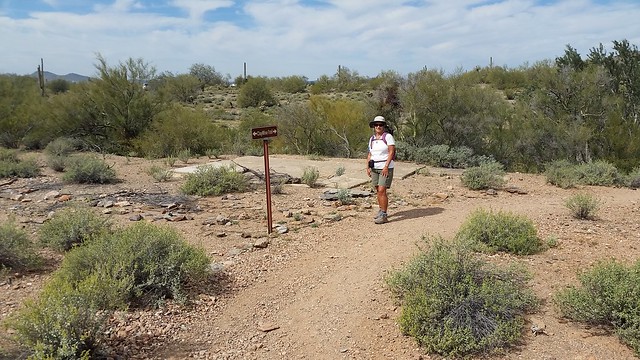 Just a few hundred yards up the trail is the namesake for the trail, the old clay mine. 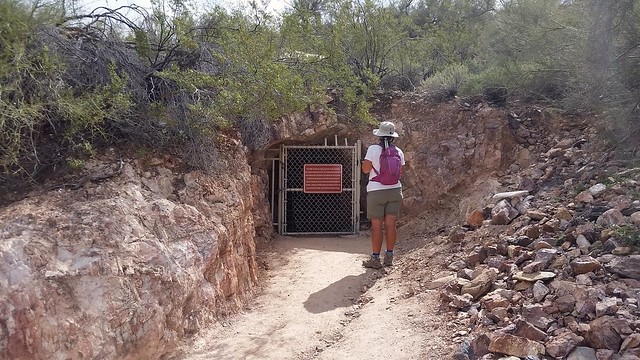 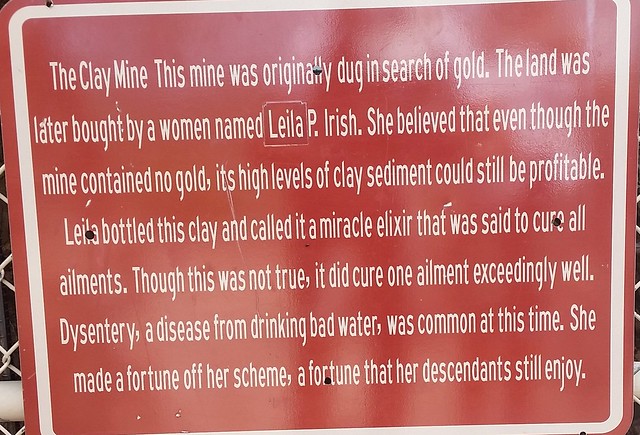 You can clearly look through the mine to an air shaft about twenty yards into the hillside. 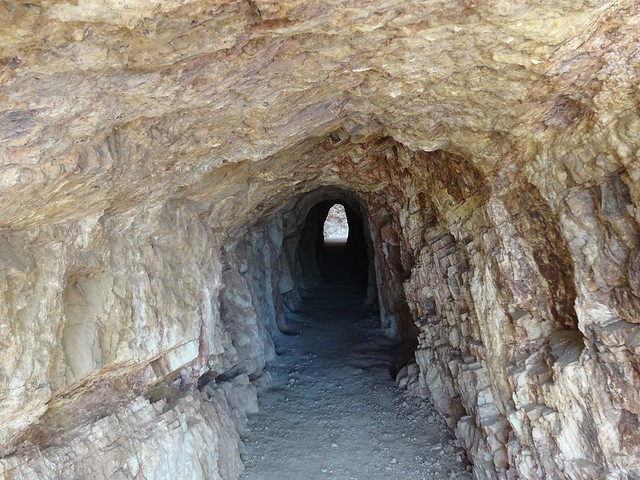 The Clay Mine Trail winds through the hills for less than a mile to where it ends at the Overton Trail. 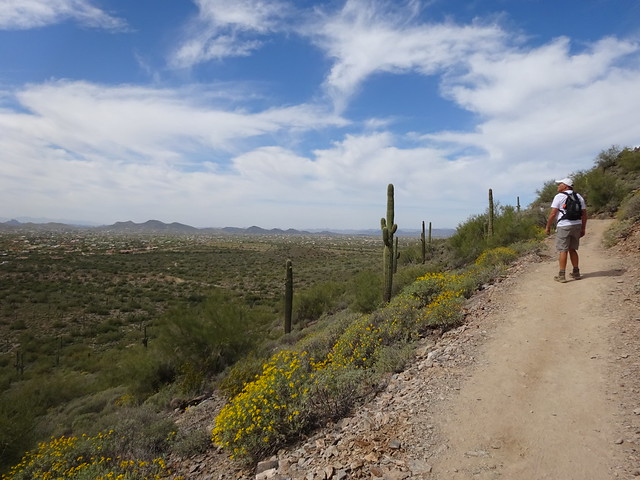 On the Overton Trail

The Overton Trail combines with the Go John Trail to form a loop of a bit over three miles back to the Clay Mine Trail. 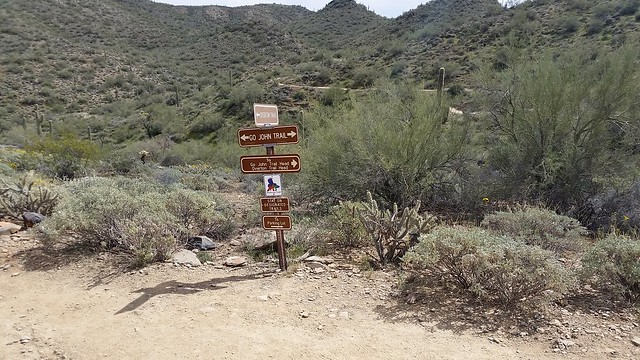 Turning on to the Go John Trail 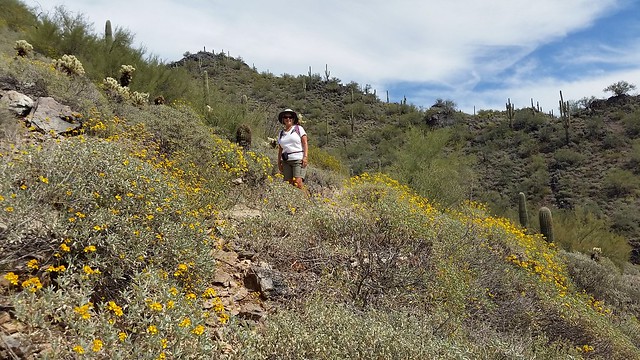 The next day we hiked back out the Clay Mine Trail, then on to the Slate Trail to check out an interesting Saguaro, called the Michelin Man by some hikers. 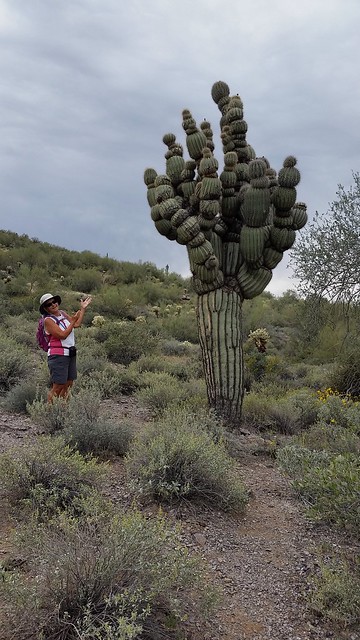 Later that day we drove into the center of the town of Carefree to check out the huge sundial located in the town center.  The sundial, constructed in 1959, is reported to be the third largest in the Western Hemisphere.  Of course, it was a fairly cloudy day in the “Valley of the Sun” so we couldn’t check out the time using the sundial. 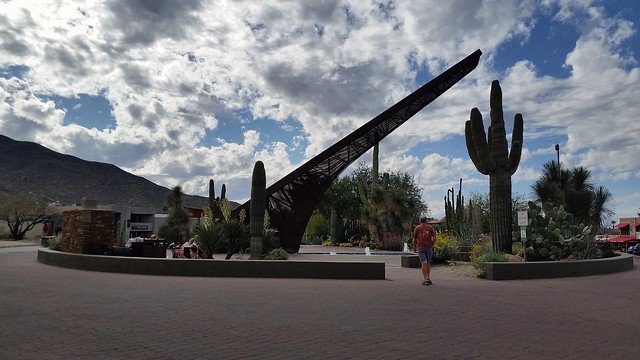 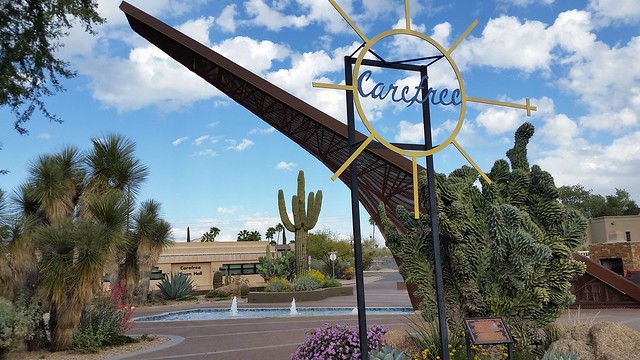 Sundial Plaza also has a great display of rare desert plants from around the world. 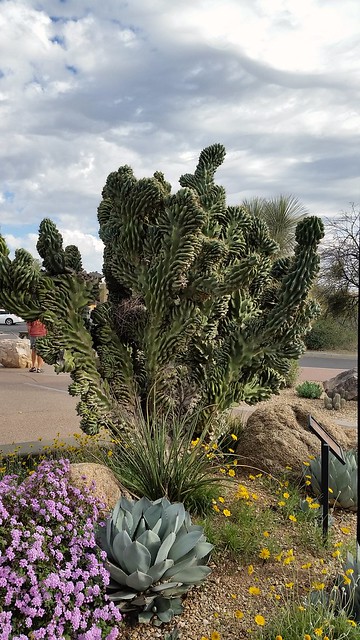 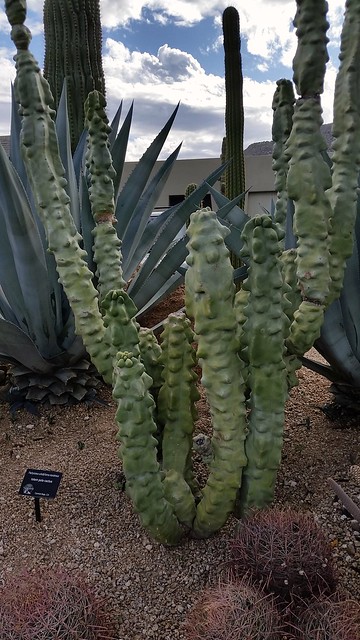 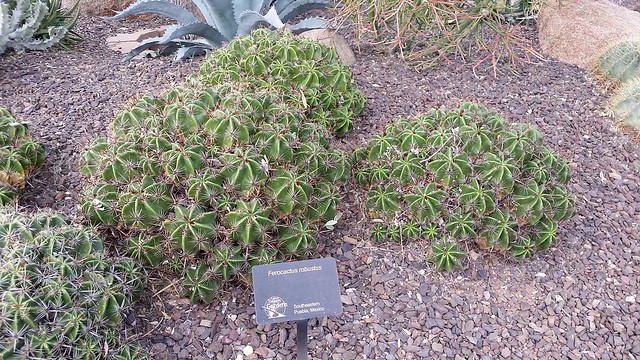 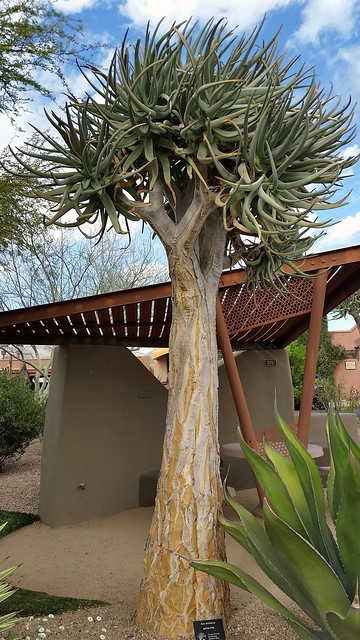 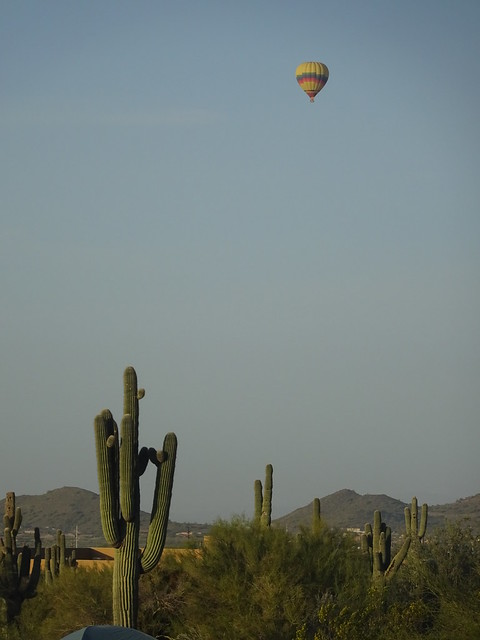 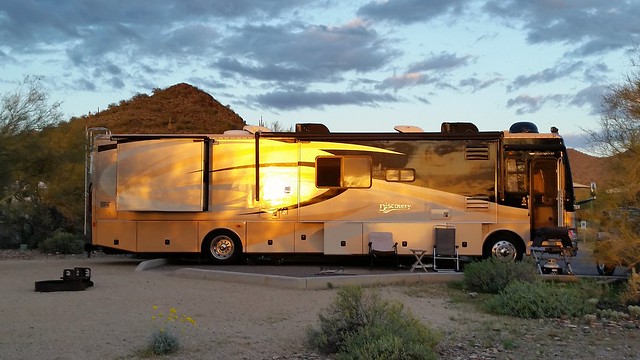 A sunset lit up our little home

We have a reservation in a park on Lake Powell along the Arizona-Utah border later this month but have ten days to fill before that.  Our plan was to go up to Congress, just north of Wickenburg and stay in North Ranch, an Escapees Club park.  North Ranch has about four hundred permanent private sites, most with small houses on them, and over a hundred campground sites in the front that are rented out by the park.  We intended to get a site in the campground section but Janna, a fellow blogger (Tin Teepee/Log Cabin) who owns a house in the park, informed us that some sort of an activity being held in the park had filled most of the campground portion.  So with the North Ranch campground being too crowded for us, we spent some time researching parks along I-17 up near Sedona and were able to reserve a spot in a nice park in Camp Verde for eight out of the ten days needed.  But later in the day we received an email from Janna telling us friends of hers were leaving one of the permanent sites and the owners agreed to rent it to us for the ten days we needed.  So we cancelled our reservation in Camp Verde and headed the sixty miles to North Ranch.  Janna and husband Mike met us at the park entrance and guided us to the site.  Later they invited us to their home in the park for a happy hour.  They did all this for two people they had never even met!  Thanks again, Janna and Mike! 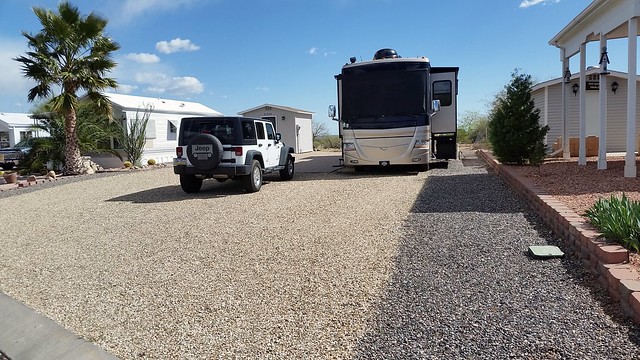 Our great site in North Ranch

This is another example of the wonderful people we have met during our travels.  Is this a great country or what?  We now have ten days to enjoy this great site and explore the Congress/Wickenburg area.