To Naco and Back (to Tucson)

Naco is a small town a hundred miles southeast of Tucson located right on the Mexican border, less than ten miles from the former mining town of Bisbee.   While Bisbee is now a neat town filled with former hippies and a couple of nice restaurants, Naco has one thing of interest, a golf course! 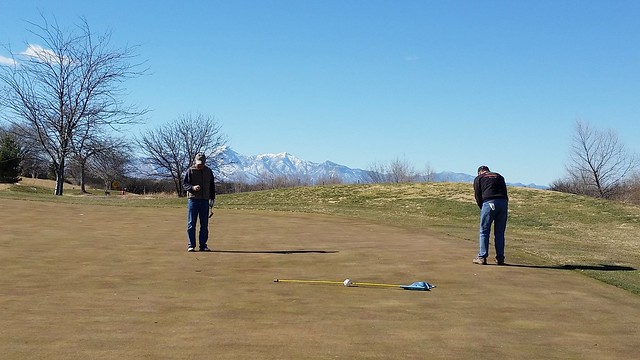 We originally planned to spend two weeks in Naco with Dave and Sue, but cold, rainy (and snowy) weather caused us to delay the trip and cut the visit down to a week.  That turned out to be a good move as the day we arrived was the first day the course was open due to snow.  But during our week long visit the skies were clear and the afternoon temperature was around sixty degrees. 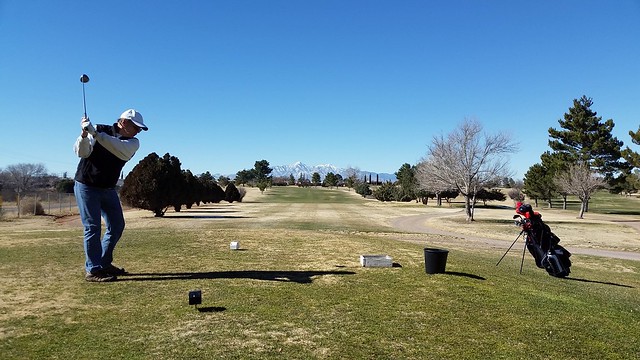 When not on the golf course we were in downtown Bisbee, either for coffee in the morning at the funky Bisbee Coffee Company or in the evening at one of the many nice restaurants. 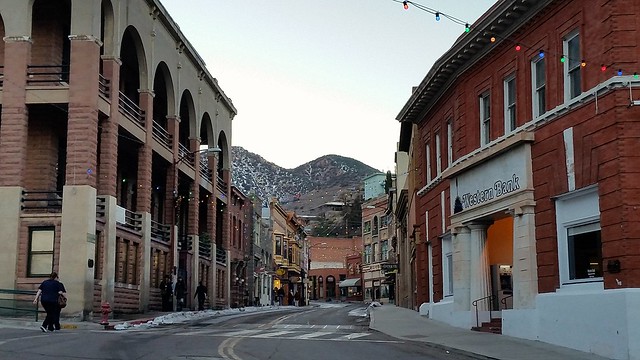 One evening we enjoyed some great food at the Screaming Banshee Pizza Company.  The food was good but the paintings on the walls around us (all by local artists and available for purchase) were a bit strange. 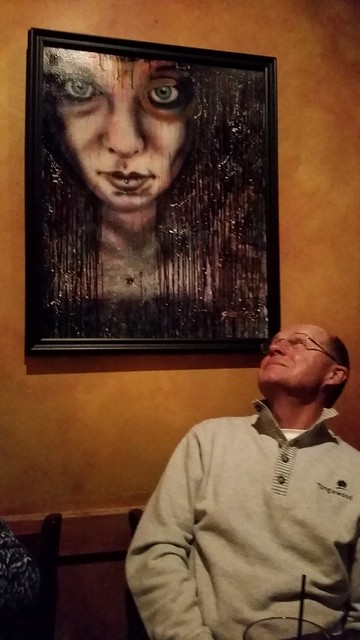 Dave has a guardian angel looking over his shoulder

We also dined at the “upscale” Cafe Roka one evening.  If you enjoy great food, this is a “must visit” stop if you are ever in Bisbee. 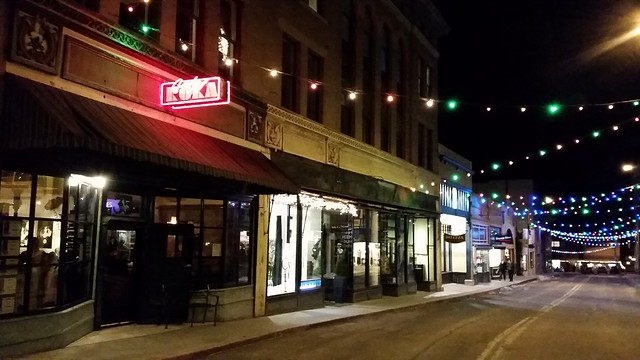 Cafe Roka on the left

Since Naco is at a higher elevation than Tucson (and Bisbee is even higher) the temperatures were a bit cooler, especially at night.  So after a week it was nice to return to the more moderate temperatures of Tucson.  We’ll be staying here in Lazydays KOA for at least a month, giving us plenty of time to do some routine maintenance on the motorhome.

One item that has been at the top (no pun intended) of our to-do lists is the replacement of our slide toppers.  Slide toppers are pieces of canvas mounted on spring-loaded rollers.  When a slide is extended, the topper covers the top of the slide out, keeping dirt, water, and debris off.  Ours were original equipment and were beginning to show their age.  Our plan was to pay an RV repair shop to replace them.  But when our friends Steve and Joan (FOSJ) posted a blog on how Steve had replaced his (with the help of a friend) with no problems, John decided he could tackle the job, especially since he knew Dave and Sue would be staying nearby so Dave could help with the installation.  Our friends Steve (a different Steve) and Mona Liza (Lowe’s RV Adventures) are also in this park and need to replace the slide toppers on their motorhome, so Steve was eager to help with our installation and decide if this was a job he was able to tackle. 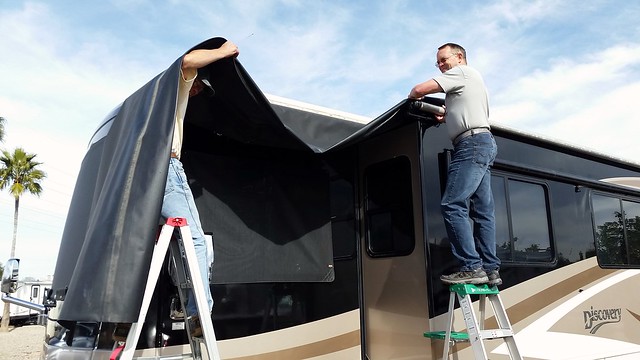 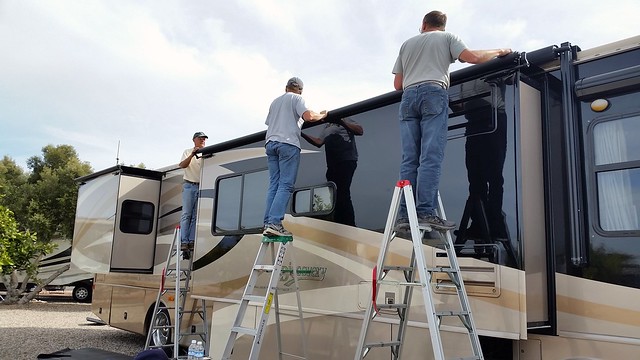 The installation crew complete final adjustments on a slide topper

The installation went very smoothly (thanks to the extra help) and was completed by lunchtime.  Pam fixed a great meal and Sue and Mona Liza joined the installation crew as they basked in the the glow of a job well done!  Steve has ordered new toppers for their motorhome so the crew will be getting back together for another installation next week.

33 Responses to To Naco and Back (to Tucson)