Our stay here in the Cochella Valley has gone by rapidly.  We’ve kept very busy with a variety of activities including, surprise, some hiking.  One of these hikes was on the Skyline Trail.  The west side of Palm Springs butts right up against the base of the San Jacinto Mountains.  The Skyline Trail begins right at the base of the mountains behind the Palm Springs Art Museum and heads steeply upward. 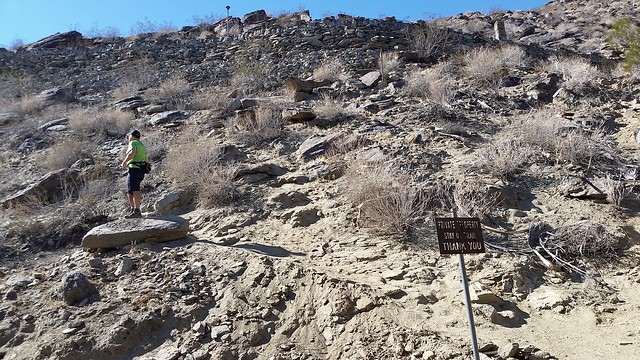 We heard about this trail from Paul and Marsha (Where’s Weaver), who did this hike during a visit to the area a couple of years ago.  While not real long (less than a mile to the top) the radical elevation change makes this hike a challenge. 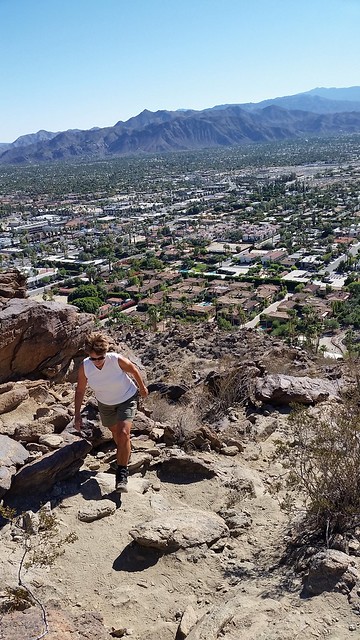 There are many small trails breaking off from the main one, making it tricky to stay on the correct path.  The main trail is marked with dots of white paint, but we apparently missed a dot as for a while the trail went almost straight up. 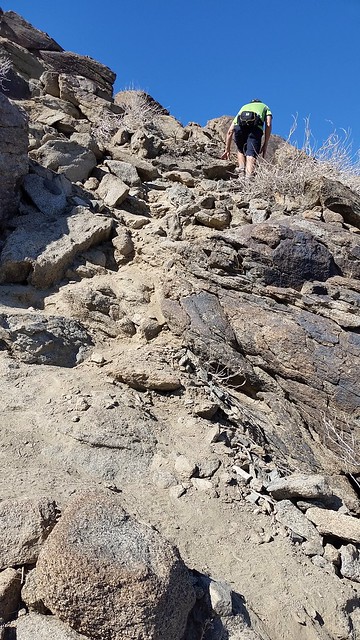 But we soon found the main path and continued our trek to the top, where we enjoyed great views of Palm Springs below us and the other cities of the Cochella Valley in the distance.  There are a number of picnic tables at the top where you can enjoy lunch while resting from the climb.   From that point you can continue up the trail far into the mountains or turn south on to the North Lyken Trail.  Hans and Lisa (Metamorphosis Road) also did this hike and returned to town on that trail.  We followed their directions and took the North Lyken Trail, which is a bit under two miles long, back down to Palm Springs on Ramon Road.  Then it was a bit under a mile walk through a neighborhood back to the art museum where we began. 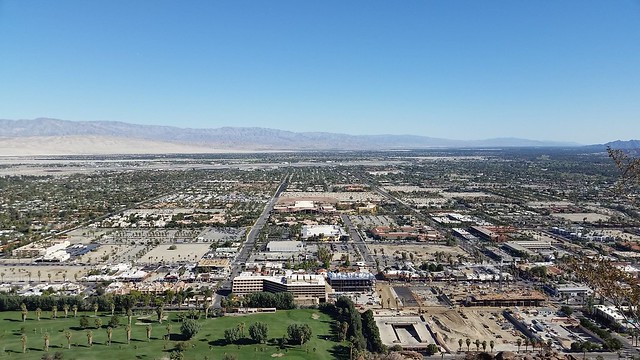 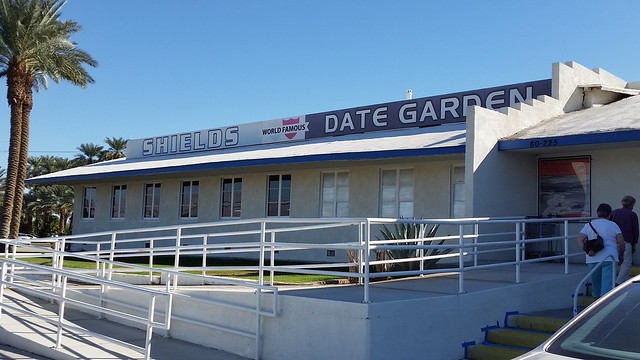 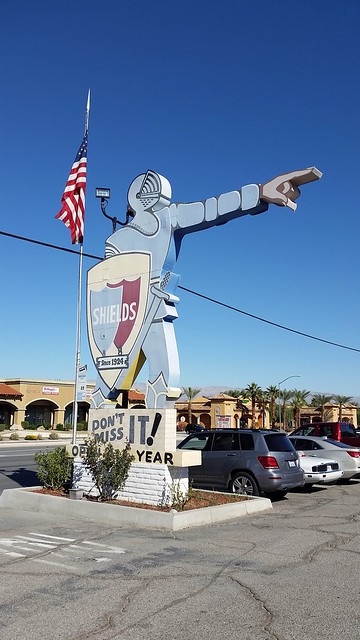 Floyd and Bess Shields began farming dates on this location in 1924.  To help promote the exotic, difficult-to-grow fruit, Shields presented lectures to his customers on the cultivation of the date.  The lectures proved to be a popular draw, leading Shields to incorporate a slide show and recorded soundtrack into a multimedia presentation designed to run on a continuous basis.  Shields’ fifteen-minute presentation, Romance and Sex Life of the Date, modified only slightly over the years, is still shown today in a small theater at Shields. 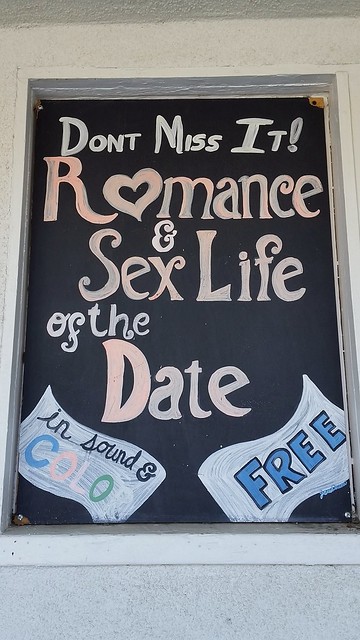 Last week Paul and Nina (Wheeling It) arrived in the park along with Paul’s father Armando and his wife, Ana.  We’ve enjoyed a number of happy hours with them and a great Friday night meal together at a El Mirasol, a nice Mexican restaurant in Palm Springs.

Earlier this week we joined Nina, Armando, Dave, and Sue on a hike in Whitewater Canyon, on the west end of the Cochella Valley.  The land is part of a nature preserve owned by a conservation organization and allows dogs on the trail, so Nina brought their dog, Polly, and Dave and Sue were able to bring Lewis. 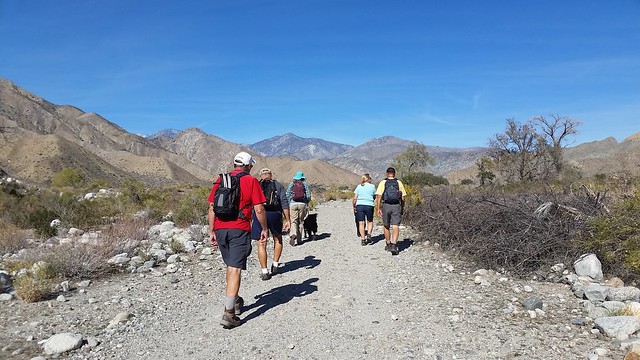 The dogs enjoyed themselves, especially when taken off their leashes, running through the desert and frolicking in the narrow creek that runs through the preserve.  In the dictionary next to the definition of joy they should put a picture of Lewis on a trail.  He obviously enjoyed the hike more than anyone in the group and wore himself out running ahead of us then back again.  We understand that he enjoyed a quiet nap upon returning back to the motorhome (as did one of his owners!). 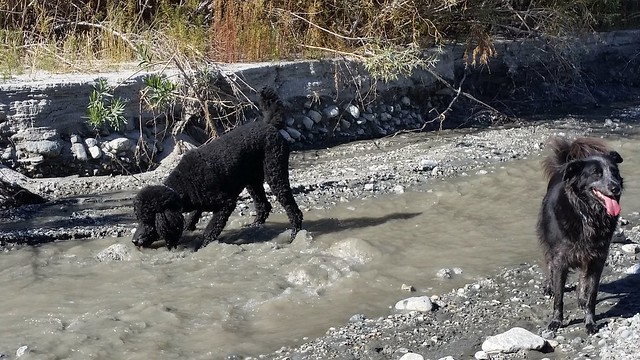 The group hiked a ways up the canyon and back again.  About half way back Nina pointed out a side trail that is part of the Pacific Crest Trail (the PCT goes from Mexico to Canada) going up a series of switchbacks on to a mesa with a nice view of the canyon.  So while the rest of the group continued back along the creek with the dogs, the two of us took the PCT up to the top of the mesa and turned on to the Canyon View Loop Trail. 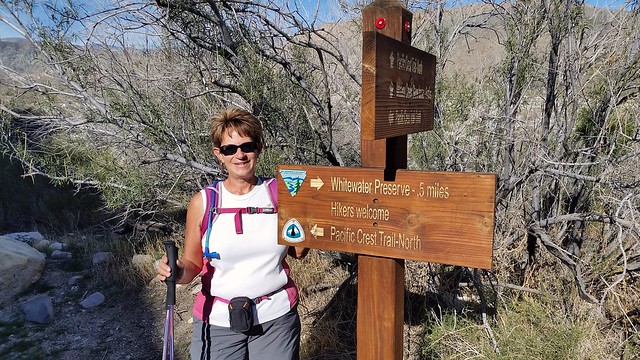 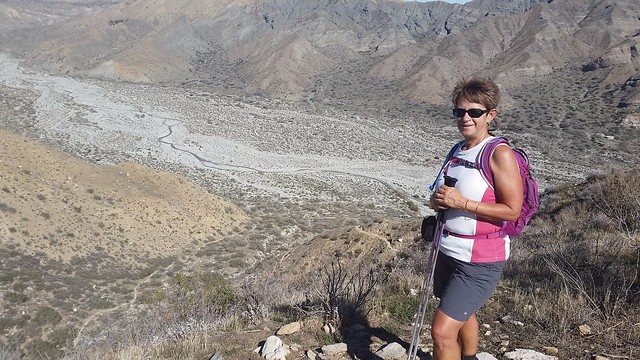 On our last day in the area Dave and Sue invited us to join them for a visit to the famous McCormick’s Palm Springs Exotic Car Auction. 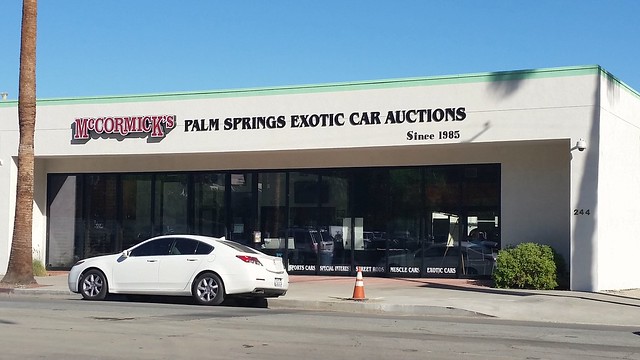 McCormick’s have been holding car auctions in Palm Springs since 1985 and the sale this weekend is one of their main events.  We spent a few hours roaming around the lots filled with hundreds of cars of all makes, models, and years that will be sold during the auction. 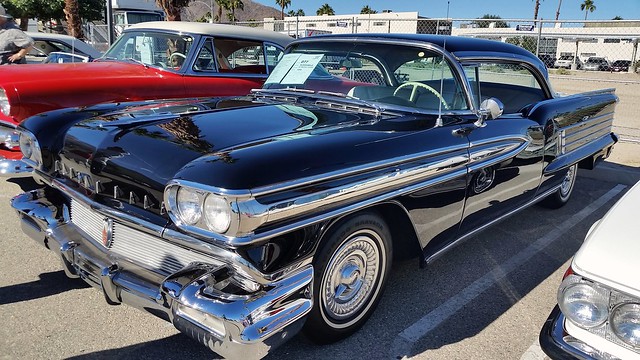 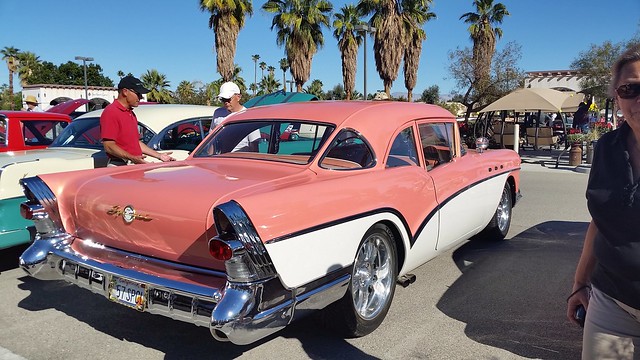 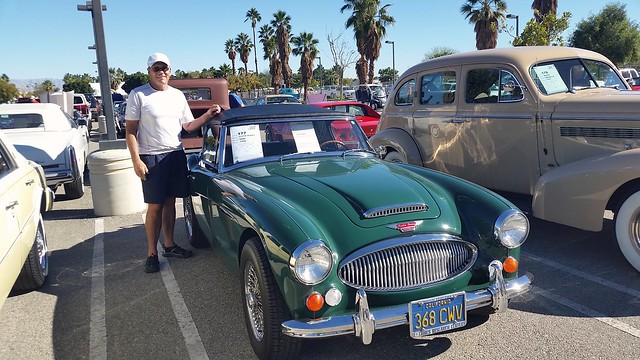 For three days cars are continually driven into the auction tent and be put up for bid. 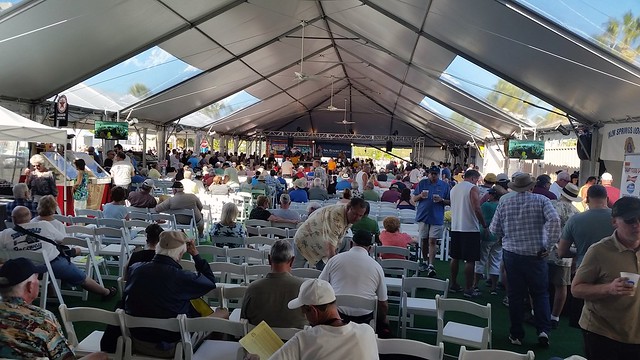 Television monitors hung along the sides of the tent allow those in the back to get a good view of each car. 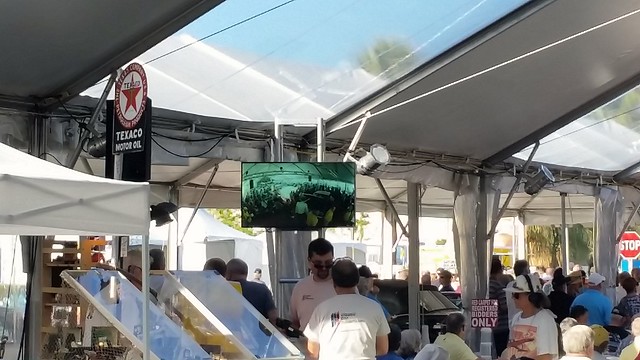 Many people who want to sell a car privately take advantage of the auction to park on the adjacent streets and put a For Sale sign in the window.  As we left the auction we passed this little classic on one of those streets. 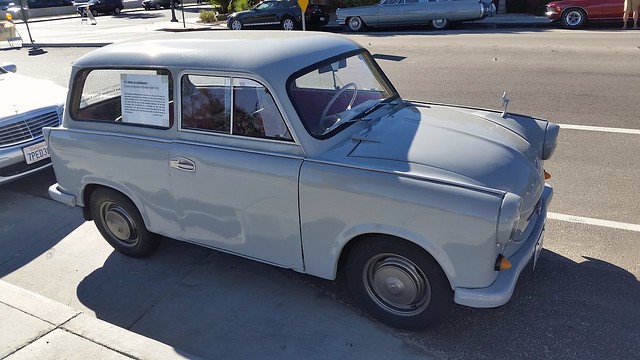 Although not for sale, the little Trabant is a relic of the communist era of eastern Europe.  Due to its outdated and inefficient two-stroke engine (which produced poor fuel economy compared to its low power output and thick, smoky exhaust), and production shortages, the Trabant was regarded with derisive affection as a symbol of the extinct former East Germany and of the fall of the Eastern Bloc. This is because in former West Germany, many East Germans streamed into West Berlin and West Germany in their Trabants after the opening of the Berlin Wall in 1989.  It was produced for nearly 30 years with almost no significant changes; 3,096,099 Trabants were produced in total. 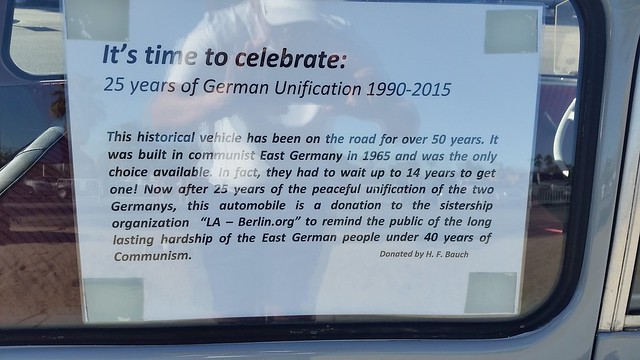 Well, that wraps up our stay in the Cochella Valley of southern California.  Next up is a visit to the little town of Borrego Springs in the center of the Anza-Borrego Desert State Park.

16 Responses to Last Week in the Palm Springs Area