Palm Springs is the home of one of the top air museums in the world (CNN ranked it #14). Dave has a strong interest in aviation and was especially anxious to visit the museum so we were pleased to join him and Sue for a visit.  Since it was Veterans Day and there was no admission fee for veterans, one of the group was able to enter for free! 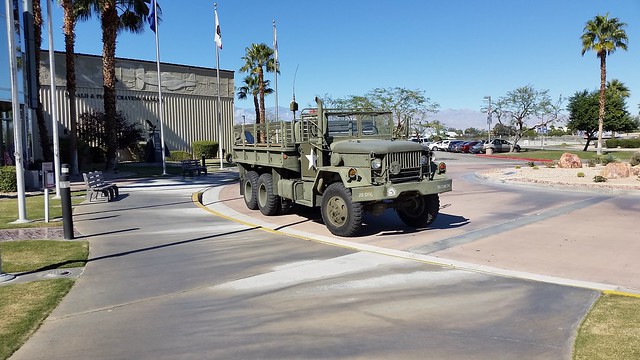 An old army “deuce and a half” (two and a half ton weight capacity) was parked in front of the entrance.  We found out later that it was there to participate in a local parade in Palm Springs later in the day.

The museum has three display areas.  Two are inside large hangers and the other is outside the building.  All the propeller planes in the museum’s collection are maintained in flying condition.  Each is taken to the maintenance area on a prescribed schedule where all the fluids are changed and engines are fired up for a period of time.  It is too expensive to fly each plane so only a few are ever taken up in the air. 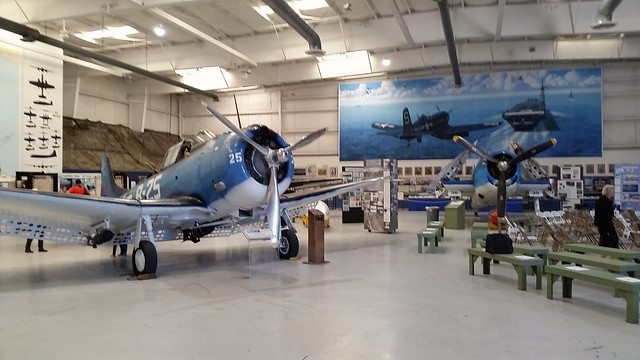 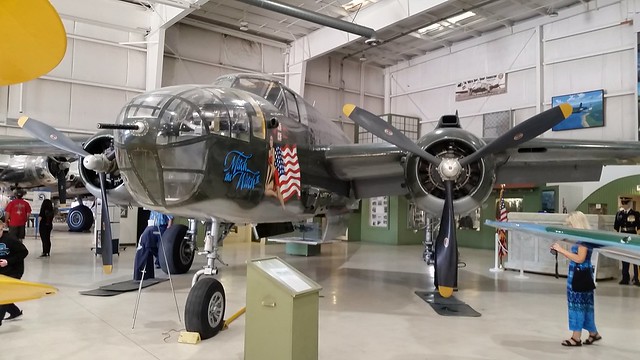 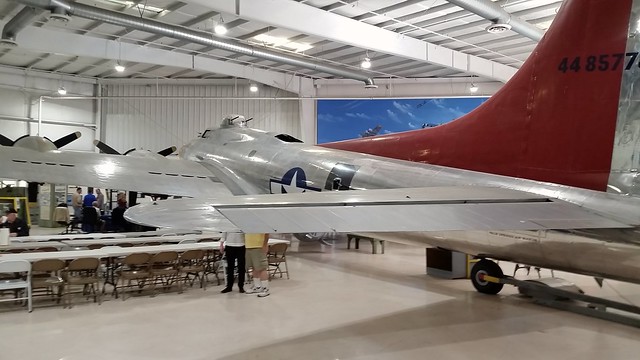 The aircraft pictured below is the newest addition to the museum collection.  It is an electronic warfare aircraft retired from service in June.  The plane was flown from the aircraft carrier USS George H. W. Bush and parked where you see it.  They drained the remainder of the fuel out of it to use in another plane.  There are no plans to fly this plane again as it is just too expensive.  A docent told us it costs $6,000 an hour to fly the Prowler! 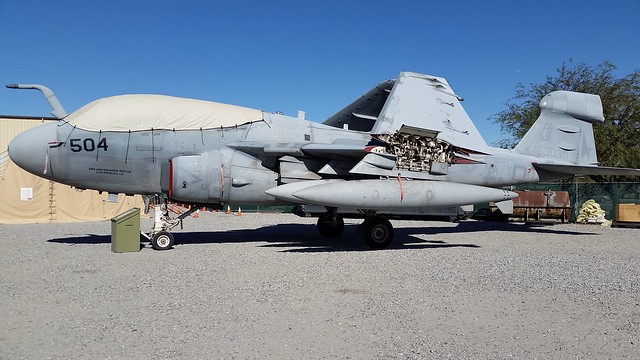 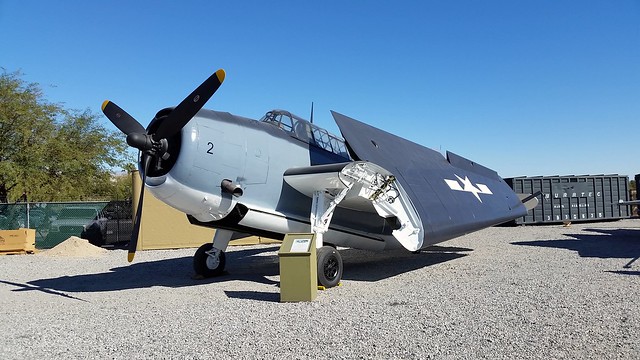 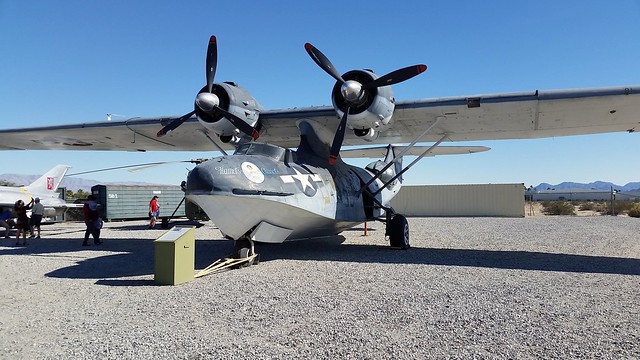 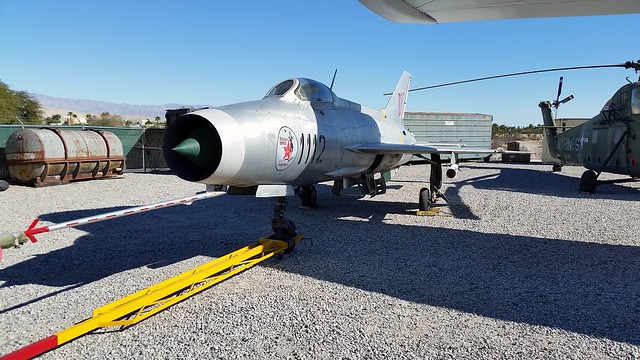 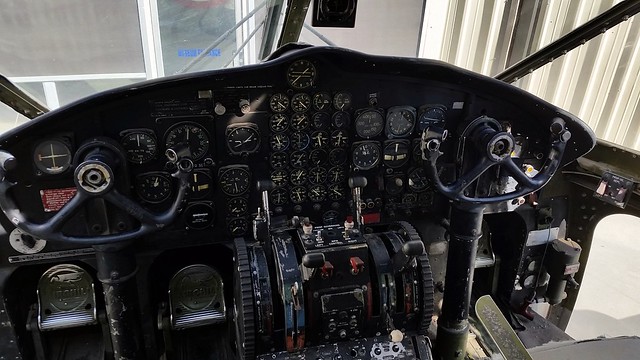 Controls of the C-119 Flying Boxcar

During our visit we were honored to observe part of a memorial service honoring Brigadier General Fritz Payne who died in August at the age of 104.  A career Marine, Payne retired in 1958 with the rank of brigadier general.  But it was two weeks at Guadalcanal in the Pacific Theater during the early years of WWII where he built his lifelong reputation.  During that time he shot down a total of six enemy planes during extensive air combat with the Japanese.  At the time of his death Payne was the oldest living ace of WWII.

The first part of the service was held inside the hanger, but the second part was held outside in front of an F4F Wildcat similar to the aircraft he flew during the war.  The ceremony included a 21-gun salute from a Marine Honor Guard and the playing of Taps by a young Marine. 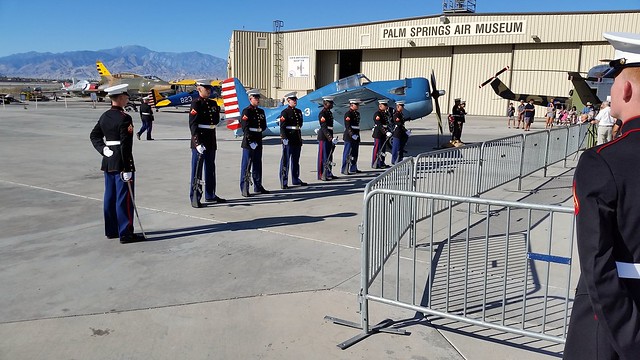 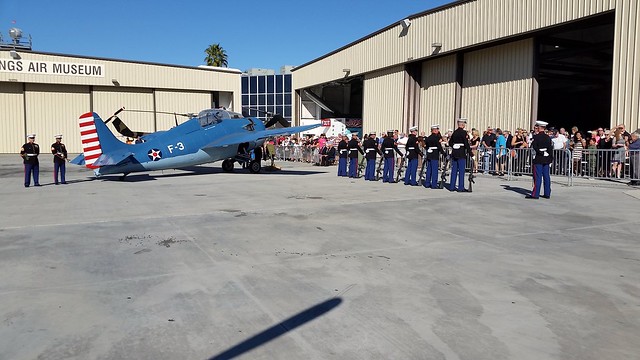 Part of the service included a fly-over by two WWII planes owned by the museum. 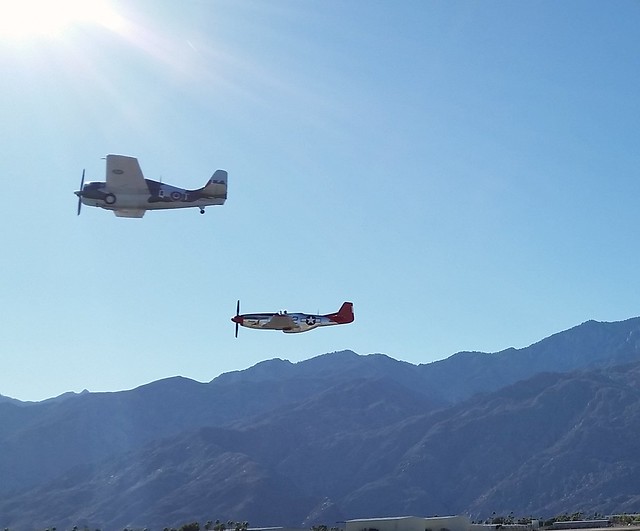 That was followed by a moving fly-over by four Marine helicopters. 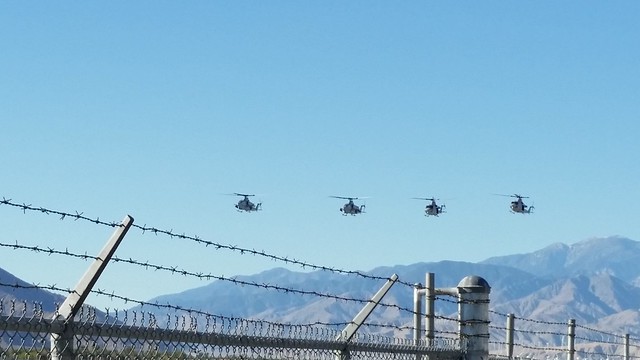 As the helicopters flew over us they completed the Missing Man Formation, an aerial salute in memory of a fallen pilot. 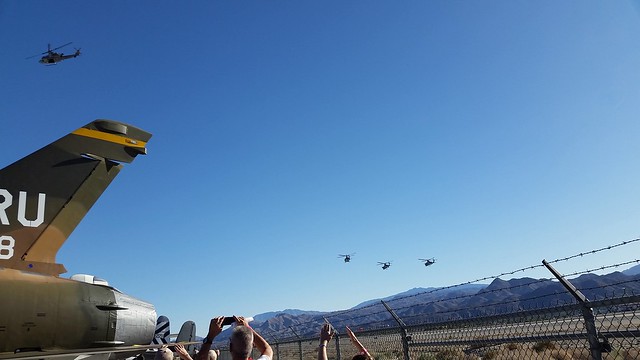 Even though we had not heard the story of Gen. Payne we found the ceremony quite moving, especially when the helicopter broke away in the Missing Man Formation.  The ceremony was a great surprise addition to our visit to this impressive museum.