One of our first stops in Lone Pine was a visit to The Museum of Western Film History (formerly called The Beverly and Jim Rogers Museum of Lone Pine Film History).  In 1920 the history of Lone Pine was dramatically altered when a movie production company came to the nearby Alabama Hills (more on the hills in a later blog) to make the silent film The Roundup.  Other companies soon discovered the scenic location and since then over 400 films, 100 television episodes, and countless commercials have used Lone Pine and the Alabama Hills as a film location. 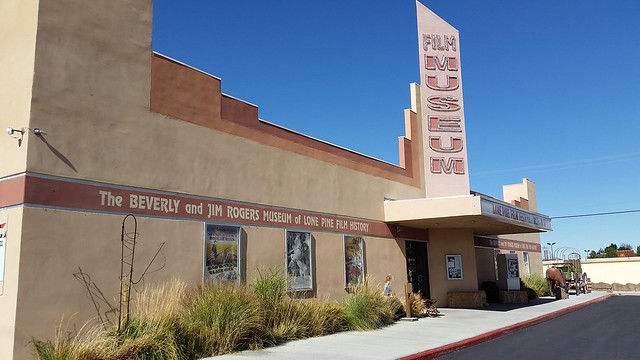 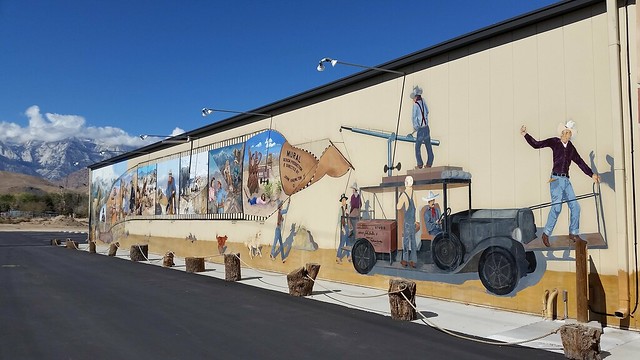 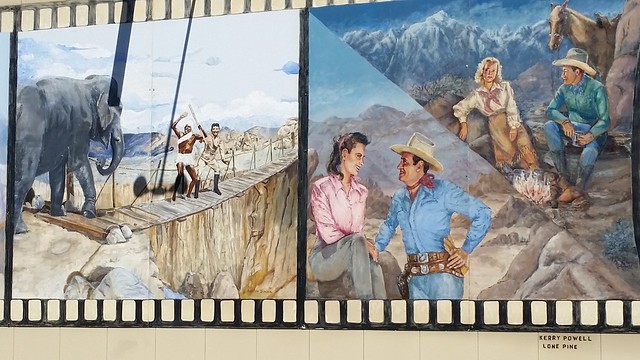 A closer look at the mural

The first thing you see as you enter the museum is material from one of the latest movies filmed in the area, Django Unchained. 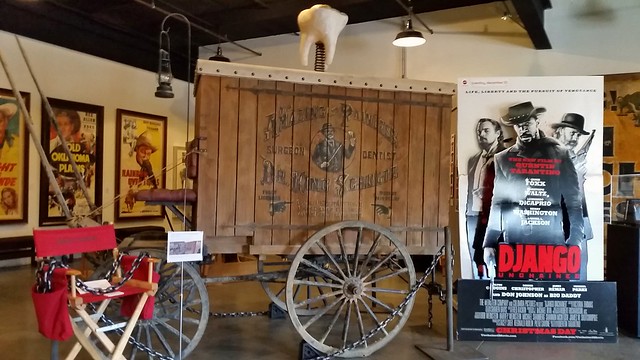 The dentist’s wagon from Django Unchained

All different genre of movies were made here, but it is most famous for Westerns.  All the famous movie cowboys worked here including Roy Rodgers, Gene Autry, Gary Cooper, and John Wayne. 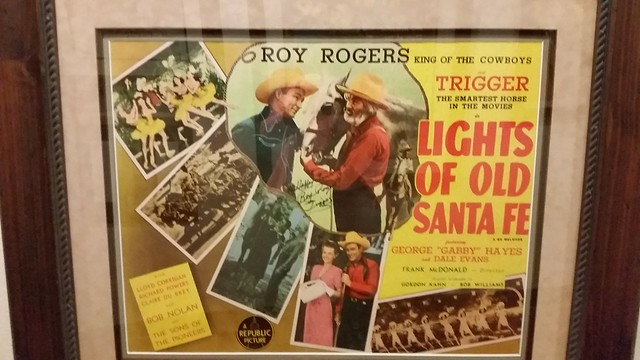 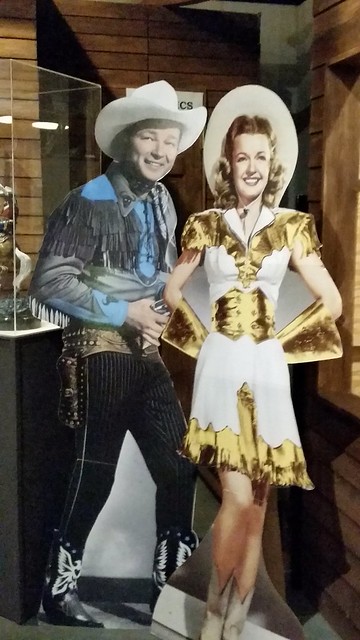 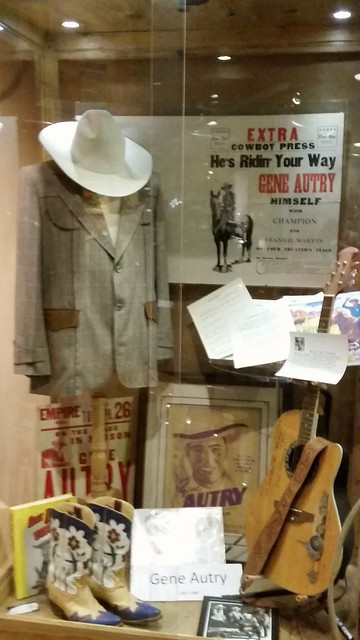 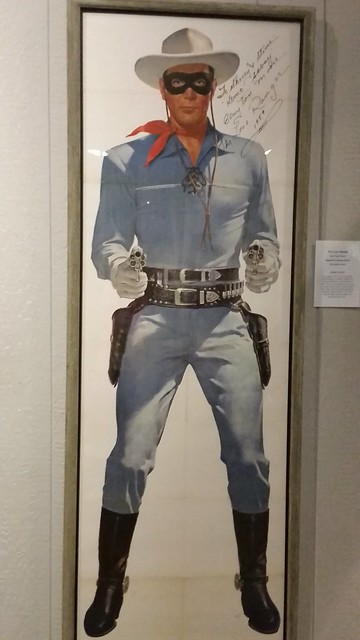 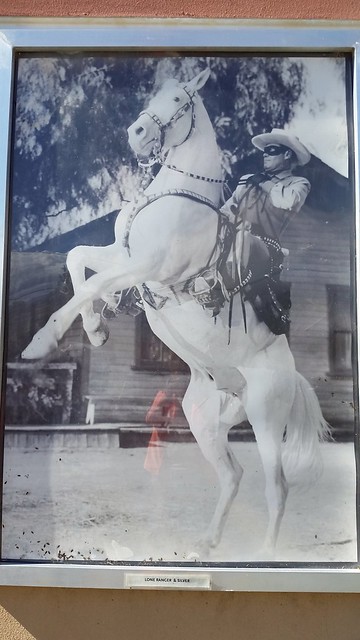 The Lone Ranger and his horse, Silver

In the era of the cowboy movies the stars were heroes to most young boys growing up.  They made great role models as they always did the right thing and lived by a code of honor. 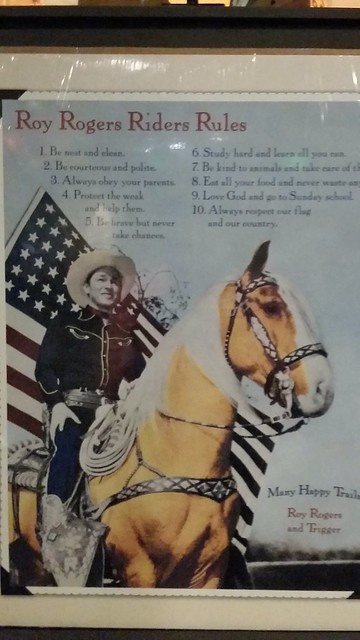 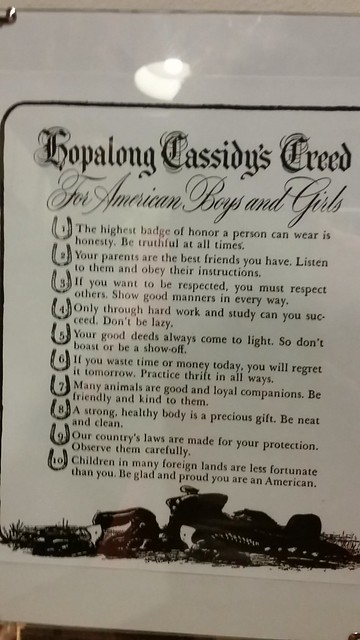 One of the most famous “non-western” films made in the area is the 1939 movie Gunga Din starring Cary Grant. 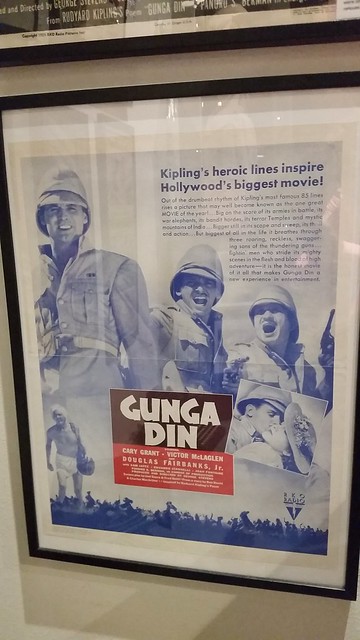 The Alabama Hills serves as the northern frontier of India in the film set in the 1880s.  Look closely at the photo below and you will see hundreds of extras acting as soldiers in one of the famous battle scenes. 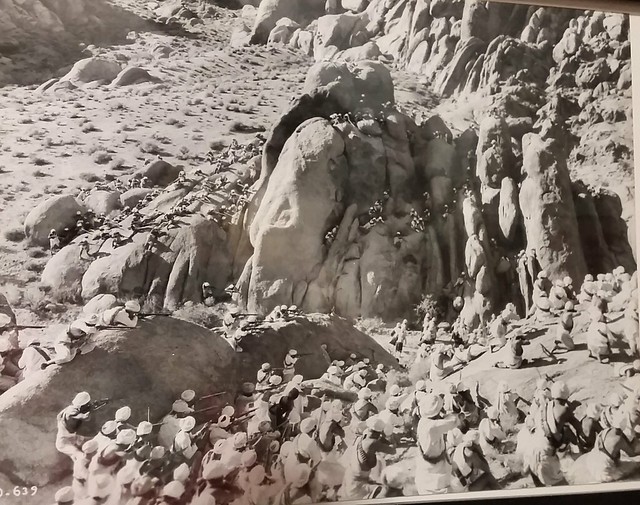 The picture below is of a rope bridge from the movie.  The camera was placed on the ground below the bridge to give the impression that the bridge was very high over a canyon. 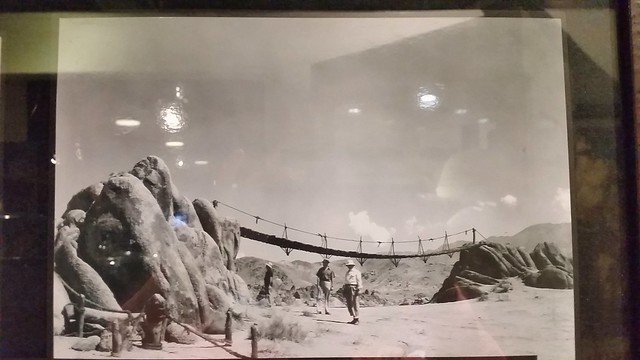 The small museum is a must-see for movie buffs.  We went there first to get some images of the movies shot here before we visit the locations in the nearby Alabama Hills.