The nimble hiker did some intense research and found a great hike for us on our final day in the Laramie area.  We headed west on UT-130 for about 30 miles to the Snowy Range.  The Snowy Range is the northern extension of the Medicine Bow Mountains, a range in the Rocky Mountains that extend for 100-mile from northern Colorado into southern Wyoming.

From a distance it is easy to see where the name Snowy Range came from.  While they appear to be covered with snow most of the color is from the rocks above the tree line.  But there is a bit of snow pack remaining as well. 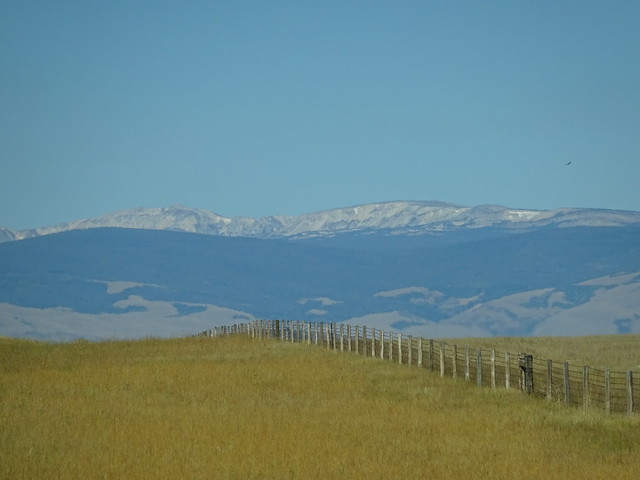 The Snowy Range from a distance

For most of the trip we drove through rolling hills of prairie grass.  Many pronghorns were enjoying a late breakfast in the nearby fields. 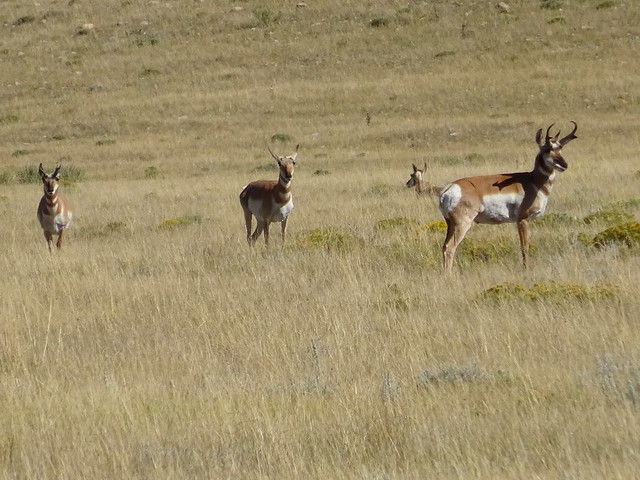 After passing through the tiny town of Centennial, the road began to quickly gain elevation.  This gain was reflected in the appearance of some color in the trees along the highway, an indication that Fall is beginning in the high country. 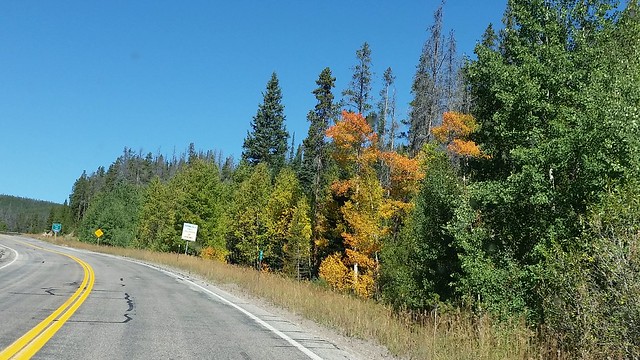 The high country just below the tree line in the Snow Range is filled with many beautiful lakes.  As we approached the trailhead Little Brooklyn Lake appeared on our left. 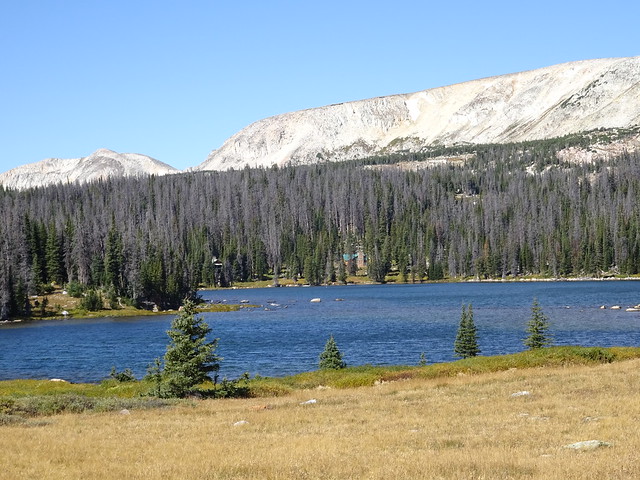 We parked at the trailhead for the Lost Glacier Lakes Trail where we were at 10,500 feet of elevation.  Shortly into the hike we could see Brooklyn Lake below us. 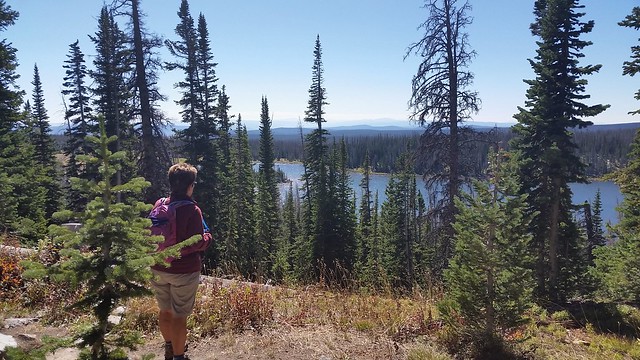 As we continued the trail slowly gained in elevation and we passed East Glacier Lake then West Glacier Lake.  Above the lakes we could see snow pack almost hidden in the white of the rocks. 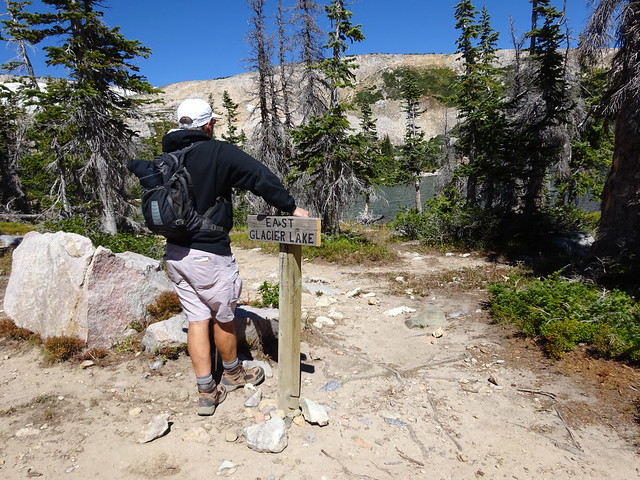 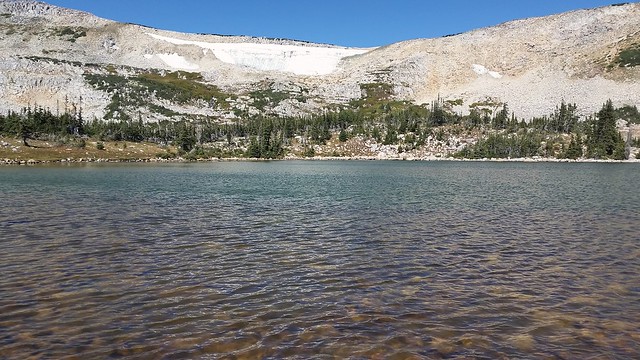 At one point the trail turned to our right and moved into the trees, but it was lunch time so we took a side trail steeply up the rocks. 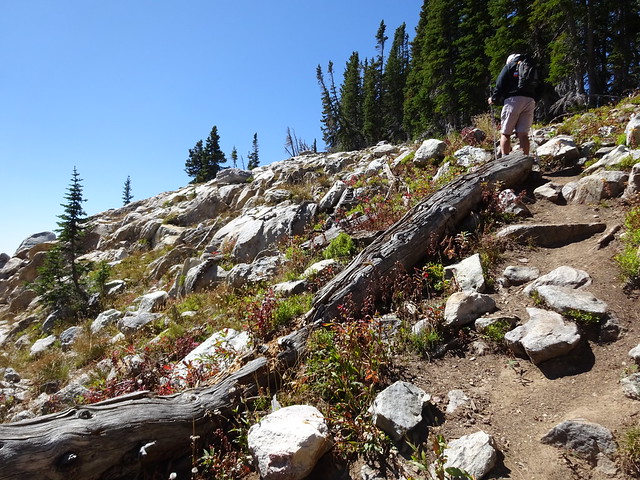 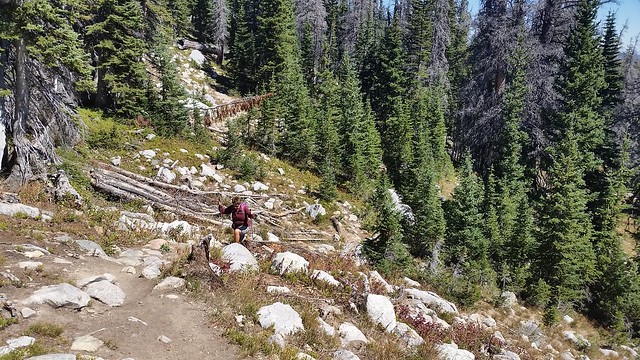 Our efforts climbing up the rocky side trail were rewarded as we had a great view with one of the Telephone Lakes in the foreground and the prairie to the east in the background. 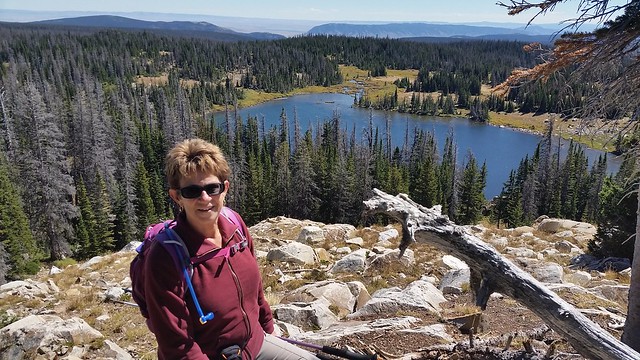 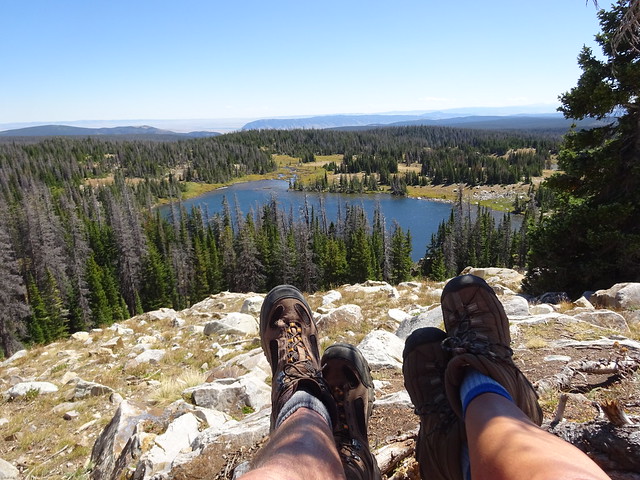 Some of the literature that described this trail said that Lost Lake was a bit difficult to find.  It didn’t seem that difficult to us though, as the sign saying “Lost Lake” tipped us off to its location! 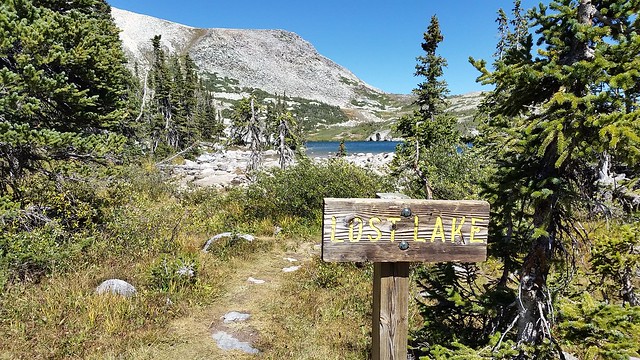 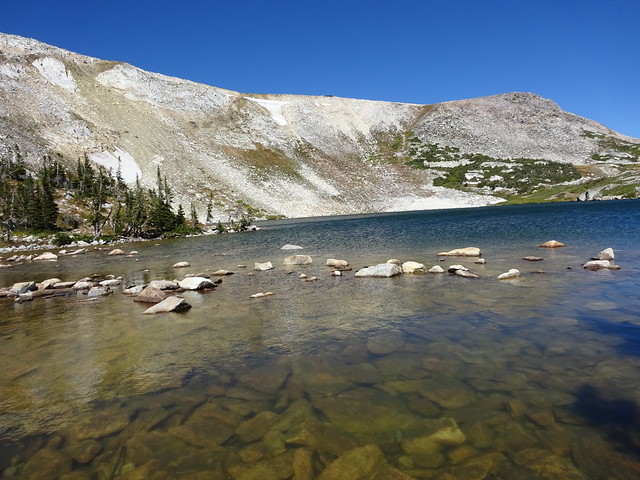 We continued up the trail so we could enjoy a good view of both of the Telephone Lakes. 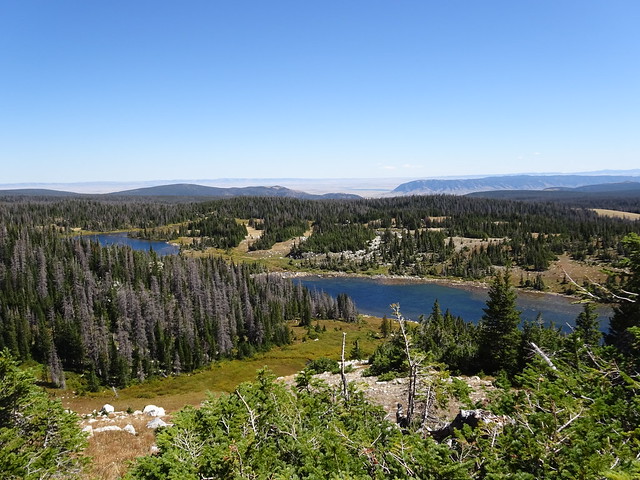 We really enjoyed hiking in the Snowy Range and saw a total of nine lakes and ponds.  While the folks back East were sweltering in 90 degree temperatures with high humidity, at 11,000 feet we had to button up our jackets with temperatures in the low 50s and a brisk wind.

Next up for us is a visit to the Flaming Gorge Recreation Area on the Wyoming – Utah border.  More on that later . . .