A Brief Stop in Indianapolis

We left Louisville and headed north on I-65 toward Indianapolis  where we then got on     I-74 and headed west.  Since we needed  few things at Camping World we decided at the last minute to stop for the night at Lake Haven Retreat, an RV park just off the highway where we stayed during a visit to the Indianapolis area two years ago.  Since it is only about 130 miles from Louisville we arrive around noon, leaving the afternoon free.  We took advantage of a pleasant afternoon and  drove the Jeep into the city for a bike ride along the Central Indiana Canal.

The Central Indiana Canal was originally planned as a 300 mile waterway to connect the Wabash and Erie Canal to the Ohio River during the brief canal-building craze of the early 1800s (short lived due to the creation of railroads).  The only part of the canal completed was in Indianapolis and during the past few years a downtown section of this canal has been renovated.  It is now part of the cities park system and is lined with very nice shops and condos.  A biking-walking trail runs along both sides and connects with other trails running through the city. 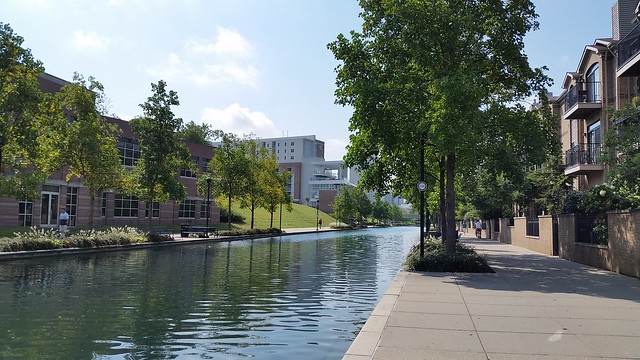 We rode the canal path from its beginning on 10th Street to where it joins the White River Trail and followed that trail up-river for a few miles. 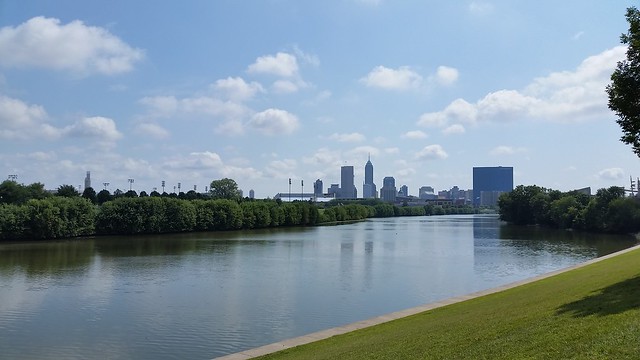 As we rode back toward the city we could see Lucas Oil Stadium, home of the NFL Colts, in the distance, so we crossed back over the White River and headed in that direction. 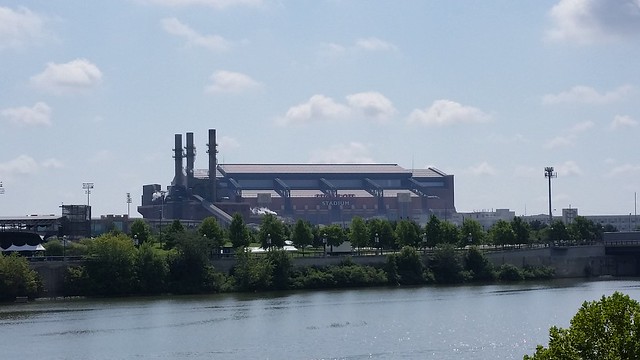 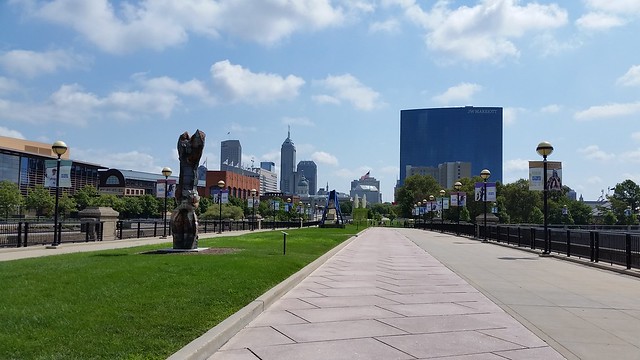 The Old Washington Street Pedestrian Bridge over the White River 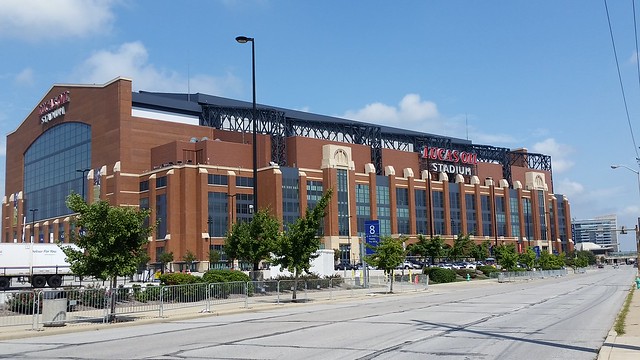 As we circled the stadium we spotted a sign advertising a tour beginning in a half hour.  So we purchased two tickets and looked around the Colts Pro Shop until the tour began.  Our tour guide left much to be desired but we did enjoy the tour, which took us from the press box high above the field, to the Colts’ locker room. 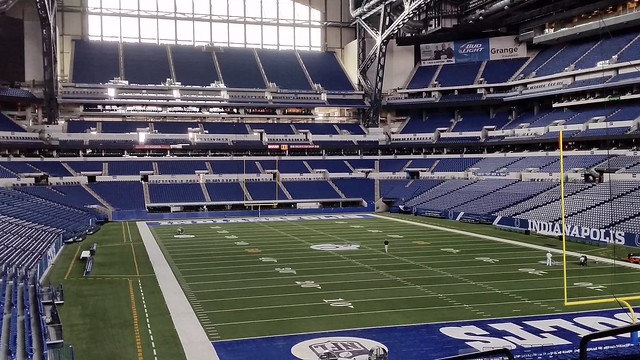 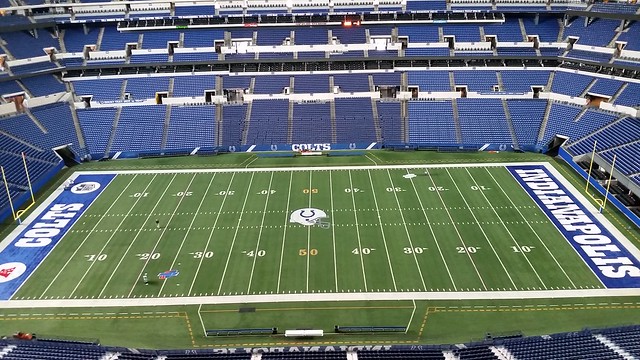 The view from the press box

The stadium has a retractable roof (two huge panels that retract) and a large window at one end framing the cities skyline, that also opens. 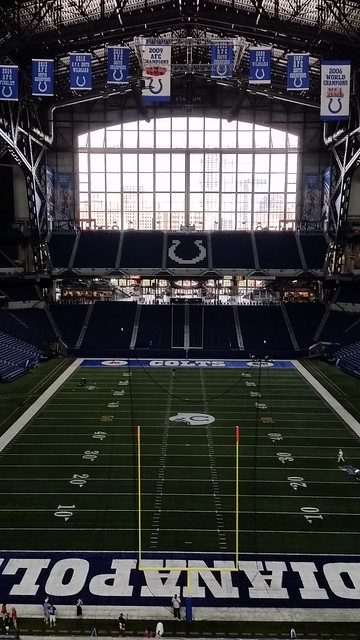 Our view with the roof and window closed 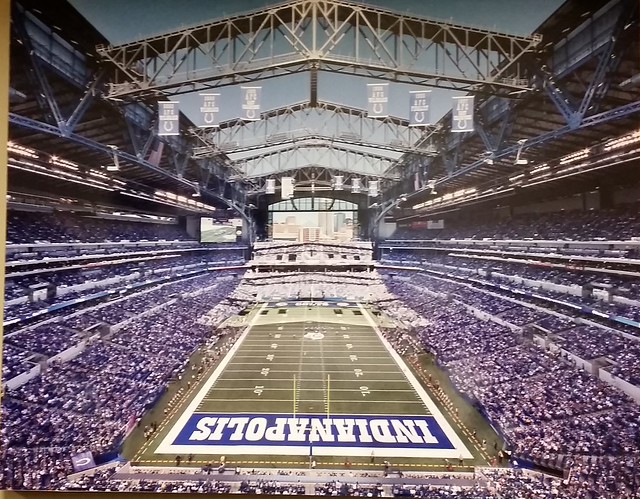 A picture on game day with the roof and window open 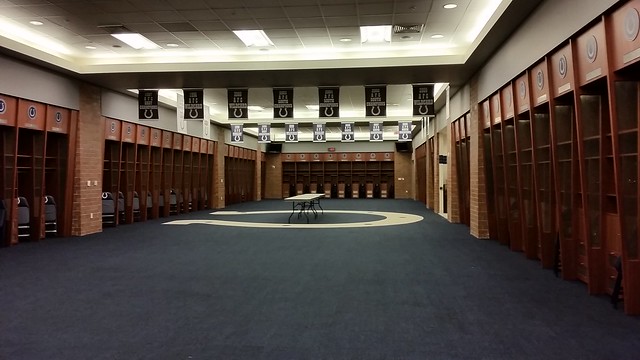 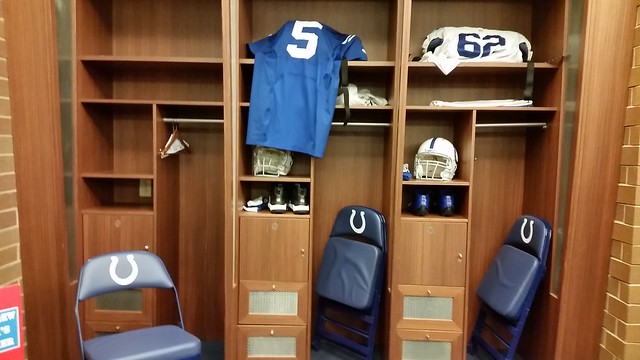 Quarterback lockers (Andrew Luck’s is on the left) 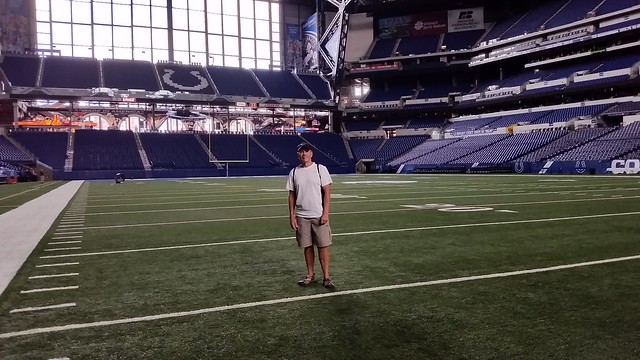 A retired player checks the turf

Indianapolis is a beautiful city with many cool things to see and do.  We need to come back some day and spend some significant time exploring some of these things.  But we want to keep heading west, so that will have to wait for another time.

29 Responses to A Brief Stop in Indianapolis