Over the Rockies to Denver

After a week exploring around Grand Junction, we pulled up the jacks and headed east on I-70.  This highway is a beautiful ride in a car, but in a large vehicle it is a little too intense for much sightseeing.   For almost the entire 250 miles the road is winding through narrow canyons, going sharply uphill, or sharply downhill.

Soon after leaving the flat area near Grand Junction, the highway enters a narrow canyon.  The west-bound lanes are above you on your left while the rapids of the Colorado River are on the right. 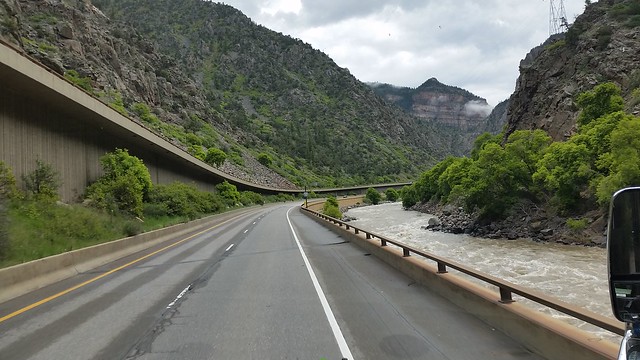 Once out of the canyon the road begins the long climb to the top of the world.   As we climbed up to the Loveland Pass the snow cover became quite deep. 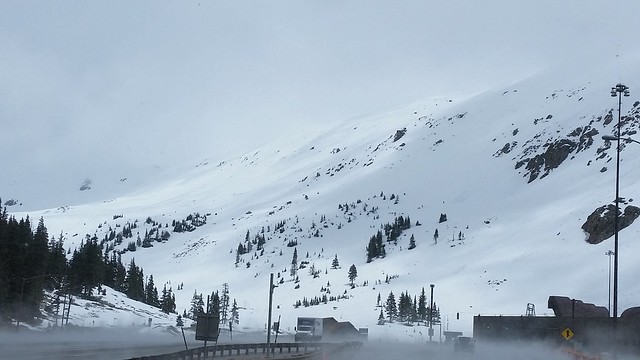 At the top of the Loveland Pass the highway goes through the Eisenhower Tunnel.  The tunnel, at an elevation of 11,158 feet and length of 1.7 miles, is the longest mountain tunnel and highest point along the Interstate Highway System.  As we approached the tunnel the relative warmth of the highway created a fog layer around the entrance, creating a surrealistic scene. 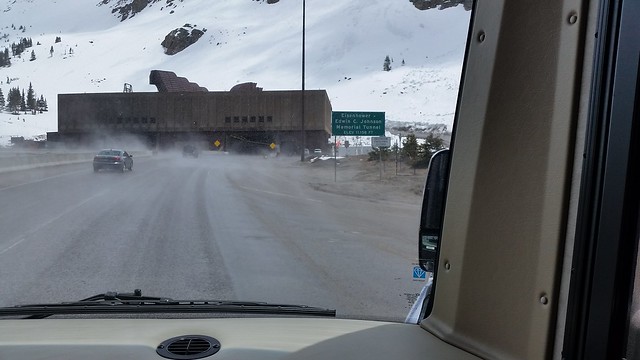 After coming out of the tunnel, the last third of the trip was steeply down-hill as we entered the Denver metropolitan area.  Following a visit to a truck stop to fill the motorhome’s thirsty fuel tanks, we drove a few miles south to the Denver suburb of Sheridan, where we had a reservation at South Park Mobile Home and RV Community. 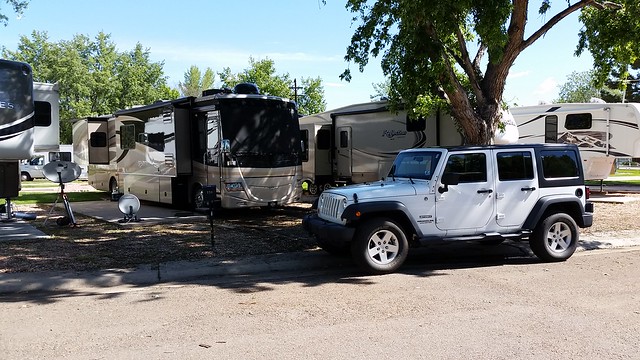 One of the main reasons for our visit to Denver is that four couples we have become friends with in our travels have converged on the area.  After getting set up in South Park we headed for Golden for a reunion with one of those couples, Sue and Dave (Beluga’s Excellent Adventures).  We have not seen Sue and Dave since they graciously allowed us to park at their lake property near Rochester, NY last June.  While we did want to see both of them, the real motivation for visiting them was for Pam to re-unite with one of her canine buddies, Lewis. 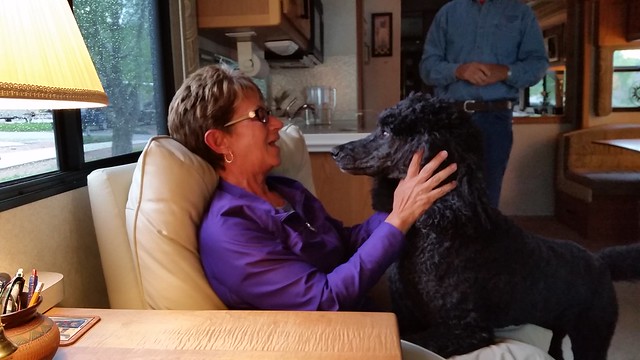 We’ll be in the Denver area for the next three weeks and have a number of adventures planned.  First up will be a couple of local hikes with our other RV buddies.

18 Responses to Over the Rockies to Denver