A Drive Through Grand Mesa – Colorado

One of the hikes we had on our agenda during our visit to the Grand Junction area was the Crag Crest Trail on Grand Mesa.  That was until we did a bit of research on the Grand Mesa.

It turns out that the Grand Mesa is the largest flat-topped mountain in the world.  It has an area of about 500 square miles and stretches for about 40 miles east of Grand Junction between the Colorado River and the Gunnison River, its tributary to the south.  Most of the mesa is pretty flat and over 300 lakes and reservoirs are scattered along the top of the formation.  But for us the most important fact about the mesa is that most of it is at ten thousand feet above sea level.  Right now in Colorado that high an elevation means there is still plenty of snow to contend with.  So we put that hike on the “to do later” list and decided to just take a drive through the area (called an “auto hike©” by some people we know!).

To get to the mesa we drove south on Rte. 50 for about 35 miles to the town of Delta.  There we turned east on Rte. 92 for a few miles to the junction with Rte. 65, which is the road through the mesa.  As we left Delta we could see snow covered mountains all around us. 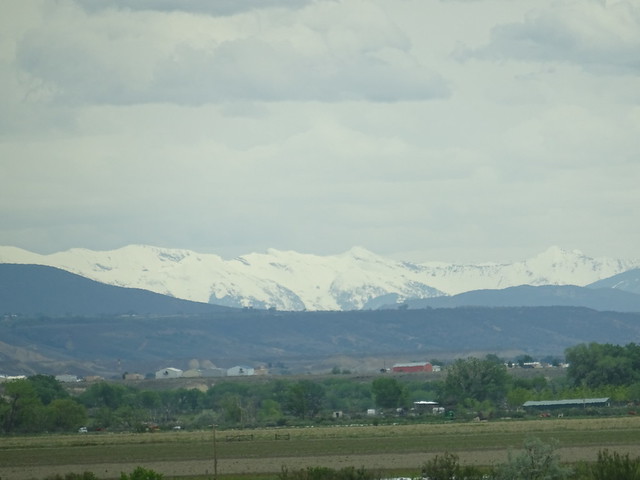 We were hoping to see some wildlife on the mesa (especially Moose) but all we spotted were numerous Yellow-bellied Marmots runnning across the road in front of us. 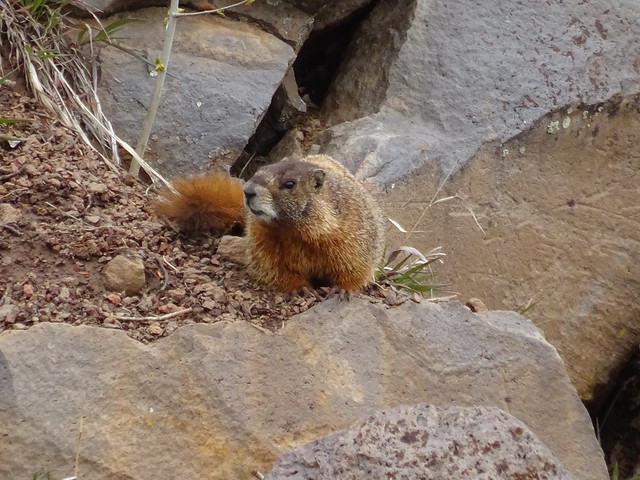 As the highway climbed up to the mesa the temerature (high 60s below) began to drop and the snow began to pile up.  The numerous lakes at the highest elevations are still covered with ice. 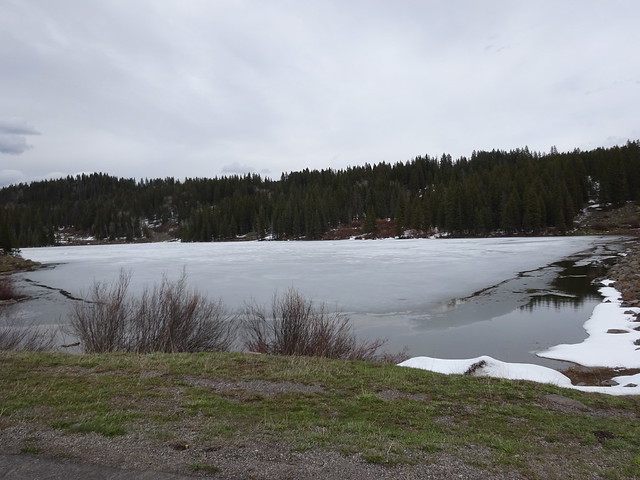 We had read that the visitor center was open for business, but when we arrived there were workers inside setting up but the doors were locked.  The snow around the building was still piled high and the temperature was down to forty degrees. 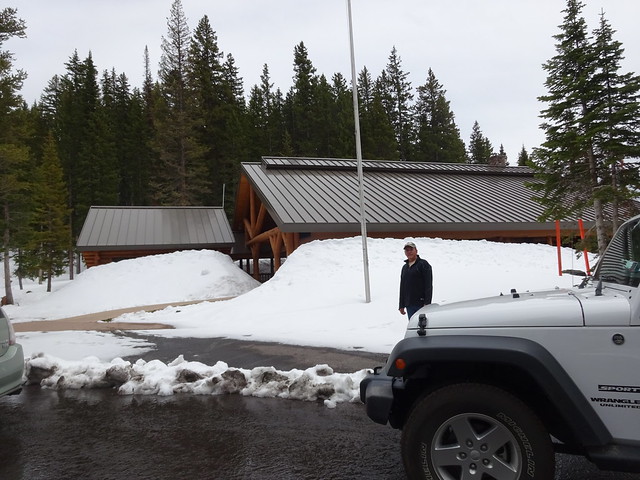 The visitor center is the starting point for a little nature trail called the Discovery Trail, but the pile of snow next to the building discouraged even the nimble hiker from exploring the trail. 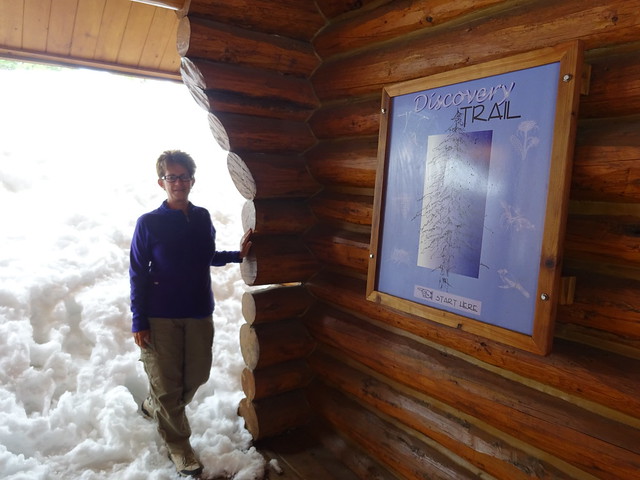 We continued our drive north and came across a sign indicating the trailhead for the Crag Crest Trail, where we had earlier made plans to hike. 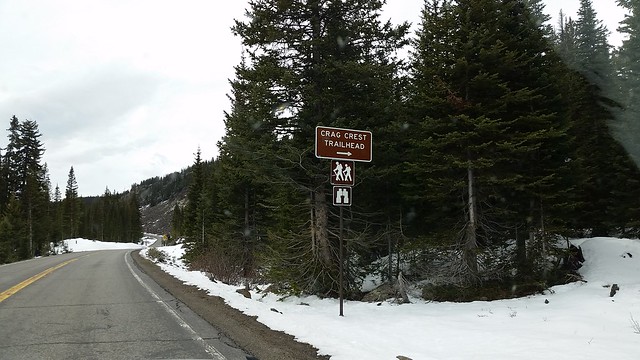 But it seemed that the road to the trailhead hadn’t seen much traffic for a while! 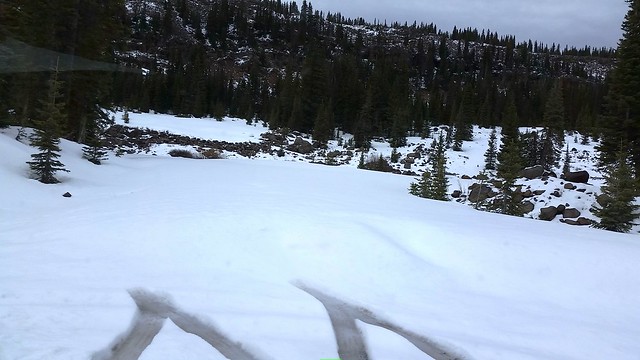 The unplowed road to the trailhead

So we just continued our ride across the mesa while enjoying the solitude of the forest. 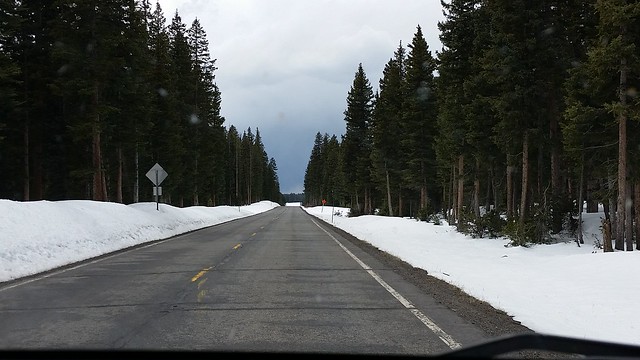 Hwy. 65 crosses the mesa then descends back down to the small town of Mesa, CO.  From there the road turns to the west and winds through a canyon for about ten miles before ending at I-70.  Then it’s west on the interstate for less than twenty miles back to Grand Junction.

Auto-hiking seems to be the norm here with our weather.  Maybe tomorrow will bring the sun without storms.

14 Responses to A Drive Through Grand Mesa – Colorado